'Yes, it is a nice Italian' - Mano a Bocca, Sale, reviewed

Lucy Tomlinson is haunted by the ghosts of pizzas past

There has been a lot of chat about pizza recently, mostly powered by Confidentials’ own grand tournament of Italy’s most revered export.

Over the last three or four years, the Manchester pizza renaissance has exploded. As the appetite, both figuratively and literally, for this peasant snack has grown and grown so has the choice on offer.

It is probably bad form in a review to name other specific pizzerias, so let’s just say you can, via the transformative power of pizza, now visit several major US cities without leaving the streets of Manchester. Despite the major constituents being dough and cheese, vegans and gluten-intolerants can easily find a slice to suit. And for those in the mood for a little late-night trash, well the foodie equivalent of Love Island is also available.

But before this new cornucopia of pizza goodness, we’d been enthralled by a very Neapolitan puritanism - not a word usually associated with the Italians.

According to the citizens of Naples, you need good dough and simple toppings (preferably San Marzano tomatoes and the best mozzarella you can find), all assembled with deft skill and blasted quickly in the wood-fired oven to give that distinctive scattering of black leopard spots on the crust.

Between the pizza tweets and the pizza - enthusiasts, we've had very specific ideas about how thin the crust should be, what kind of flour you need to use, what constitutes a tacky topping.

In Rome, the vision is less exacting. The dough is made with olive oil and is firmer, so it can support a wider range of toppings. It's more of a come-as-you-are party.

So it's a surprise there isn't more Roman-style pizza to be found here. In fact, apart from the currently-on-hiatus Slice, I can’t think of another Manchester joint that offers Roman-style pizza. Without apparently even trying (no need for Monster Munch gimmicks here) Mano a Bocca has found a niche in a saturated market.

Mano a Bocca is situated next to the Waterside Arts centre in Sale, looking out over a narrowboat-strewn Bridgewater Canal. A plaza area outside occasionally hosts arts events, more often skateboarders and families enjoying a bit of sunshine when they can.

The site was once home to VAO, which, considering it was only about four years ago, mysteriously left barely a trace of itself upon the internet. The name is not much help, sounding like a branded water more than a restaurant, though apparently, it was an upscale Italian.

Then a couple of years ago, there was a bit of a flurry as two businessmen proposed using the area as a food hall or market, inspired by the one down the road. Though it didn’t come to fruition, the online chatter suggested the residents of Sale were ready for something new. 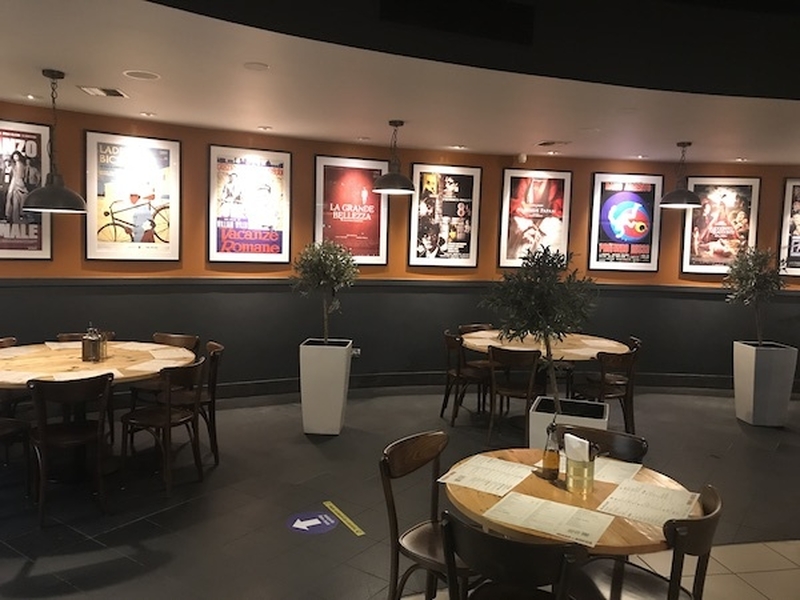 Then Mano a Bocca took over, and yes, it is a nice Italian, just like its predecessor. There are a few Italians in Sale but Mano a Bocca, with its classic film posters from the golden era of Italian horror films, feels the most spacious and family-friendly.

I was lucky enough to go along with a couple of friends one very quiet night, strictly no kids this time, as evidenced by the Aperol Spritz (£7.95) and G&T, made with a Sicilian blood orange Malfy gin.

The starters were classic Italian picky bits. The salumi board (£12.95) comprised some lightly cured speck, a spicy spianante, fennel salami, nocellera olives, a soft-wobbly, sexy burrata and dried tomatoes. I loved the bresaola (air-dried beef) with marinated artichokes (£6.95) – I've just had a real yearning for artichokes recently and was well satisfied.

The polpette (£6.95) were dense, satisfying globs of pork and beef mince with a lone parmesan crisp like a ship's sail on a sea of glaringly bright tomato sauce. Luckily there was plenty of sourdough to mop it up with.

For some reason despite not being a vegan, I decided to try the vegan pizza (£10.25) – a butternut squash base strewn with broccoli and perhaps more red onion than I really feel comfortable with. Perhaps after all that meat, I was trying to get my veggie fix.

When it comes to vegan pizza I think perhaps I’m on the side of Naples. There is a point where it is no longer a pizza and it’s just artisan bread with some fancy toppings (and very nice it can be too). I’ll give it to Mano a Bocca, their version is definitely still pizza, just not one I’m crazy about. I've heard from vegan friends that this is a really good vegan pizza so perhaps the issue is my dairy addiction. Actually, the problem was that despite having a lovely base and being clearly topped with fresh ingredients it smelled overwhelmingly of cheese and onion crisps, beating Crazy Pedro’s Monster Munch version in pure lingering smelliness. Perhaps, like cricket, pizza is now being sponsored by favourite childhood snacks.

The Fiorentina (£9.95) was much more classically executed, not even a whiff of a quaver, just purely spinach and egg. We also had a rigatoni friarielli (£9.95) – a heap of garlicky greens with a creamy, gorgonzola-based sauce. Something you could perhaps aspire to make yourself on a good day, if you had access to some great ingredients, a combo that's hard to beat.

Despite feeling genuinely lucky enough to share food with lovely friends, in a place with genuinely warm and proficient service, there is something that feels a little bit haunted about Mano a Bocca. Sure enough, I went on a day when Italy was playing in the Euros, so maybe that had something to do with it. Or perhaps the ghosts of VAOs past still linger about the place. Kind of like that cheese and onion scent. 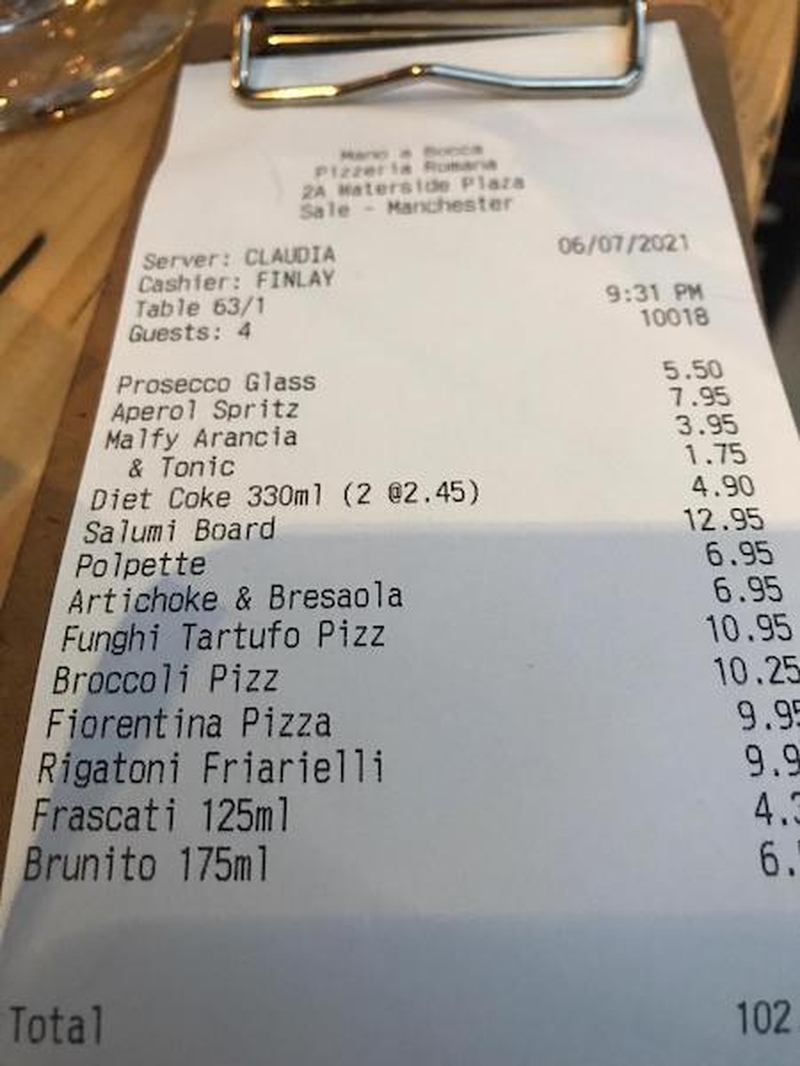