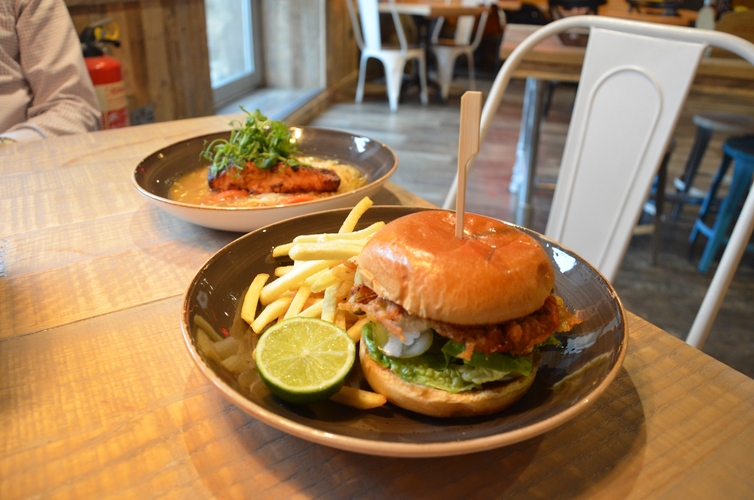 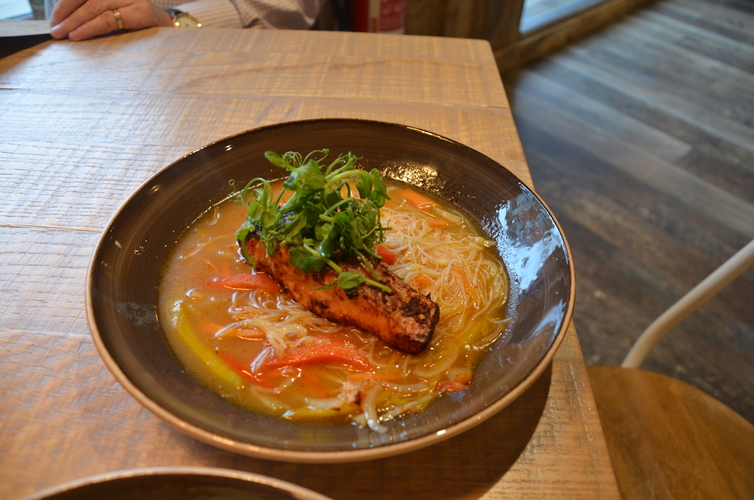 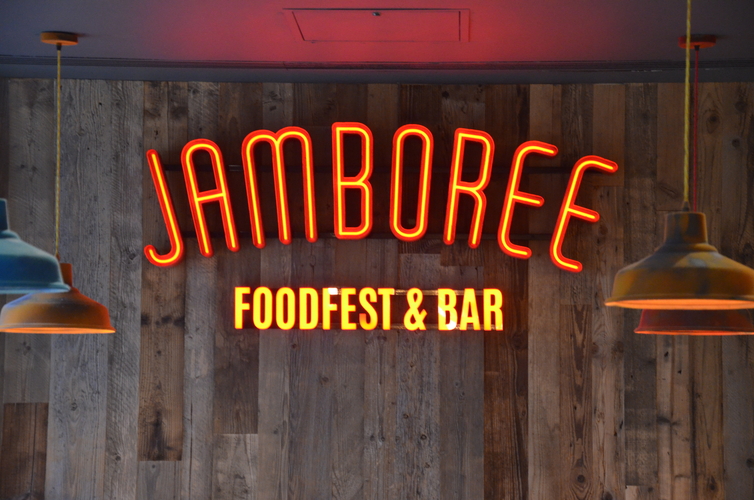 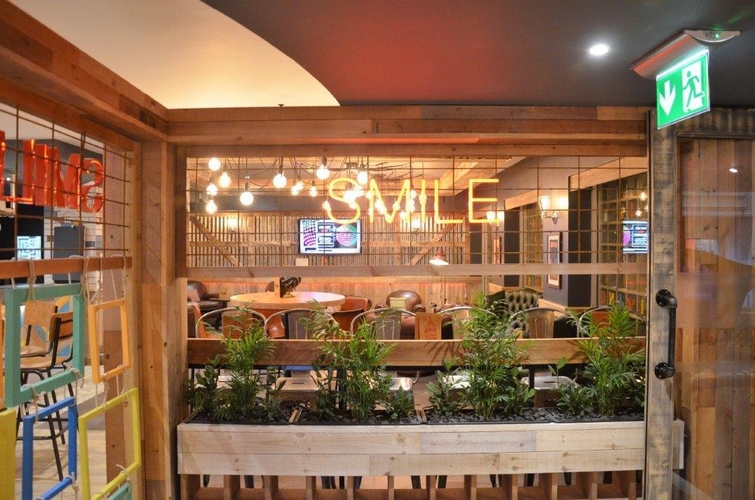 Jonathan Schofield breaks the first rule of reviewing and finds it works out fine, just fine

I BROKE the first rule of reviewing, I tore up the constitution.

I went to Jamboree expecting the worst yet thinking, no, no, no, never ever prejudge a restaurant no matter what external appearances and location might suggest, it's simply unfair.

After all change was in the air. Formerly the drab and tired Portland Thistle Hotel, Ibis have come along and spruced it up with a Philip Watts 'Ibis Styles' design. Adjoined is 'the separate restaurant business', according to the server of Jamboree. You can tell it's a separate business, of course, because both the hotel and restaurant are owned by Accor, there's a door into the restaurant from the reception and residents at the hotel take their breakfast in Jamboree. Utterly separate.

You can also tell it's French, like Accor, because of the Goan fishcakes, the chargrilled ribeye, the chicken curry and the Maryland Burger. As French as Disneyland Paris then.

Yet the food was ok, though no doubt prepared in a central kitchen somewhere. It wasn't brilliant in the slightest but filling and fine for the price; steady food, with a little surprise thrown in. Last year, I had one of the worst ever meals in the Holiday Inn around the corner, where the prices, portions and general quality were a disgrace. Jamboree is fine, especially if you're staying in the hotel and need some decent scran.

The Goan fishcakes (£5.95) had a lovely consistency, a gentle spice and a good mango yoghurt dip. The duck rillettes (£5.95) was the one real miss, a greasy bundle in a jar that was faintly repellent.

The miso salmon (£12.95) was nicely glazed and broke well with a decent broth all coriandered-up with vermicelli noodles. Again, fine. We had more than enough fries with the other main so stuck some of those in the broth. Worked a treat.

The other main was as mad as a fish. Or a crab. This was the Maryland burger (£10.95) with the aforementioned dunking fries. What set it apart though was the filling; a soft-shell crab on lettuce with pickled cucumber and celeriac remoulade. This was entertaining and really good. A passion fruit pannacotta (£5.95) didn't let us down either, with great texture and bits of fruit in the mix.

A couple of weeks ago I reviewed Shoryu Ramen in the building over the road. Jamboree doesn't match up at all, and the soft-shell crab in each restaurant is worlds apart, but for variety and an easy-going munch then Jamboree isn't too bad at all. The most expensive thing we had was a bottle of Gallica Cabernet Sauvignon from Argentina for £20, which was gentle, perfect for lunch, and much better than many other wines at a higher price bracket in more prestigious restaurants.

The decor they've installed is about five years too late, back when the American-shack look was all the rage. It's made up of huge wooden logs, corrugated iron and neon lights, which matches the elegance of this Edward Walter textile warehouse exterior from 1858 like a fist to the eye. Fortunately, the food doesn't match the restaurant design either. It's not all ribs, grits and 72-hour pulled BBQ pork to an old Arkansas recipe to sod-all effect.

Curiously, and simultaneously, my review of Moon and Moonshine has just appeared on Liverpool Confidential. This restaurant majors in 'poutine', Québécois chips and gravy with bits of cheese curd. I point out there how Brits, especially young beardy-types nursing a craft ale, will take any old North American crap and create a mythology around it. This is doubly curious, given they all hate Donald Trump yet adore the food of the states that voted him in.

Anyway despite the design of Jamboree promising it will be more of the same, it's actually all right.