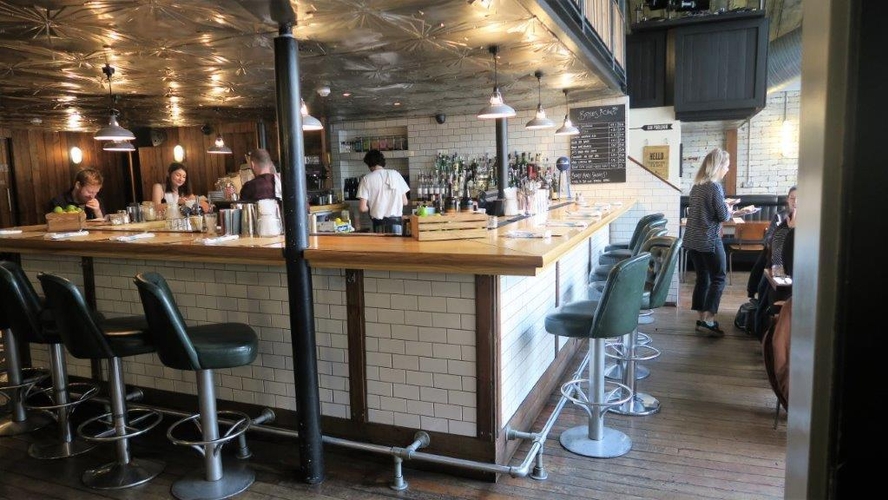 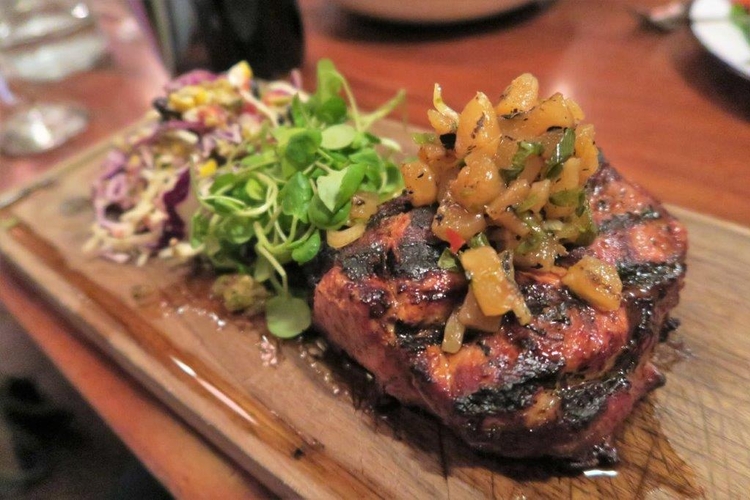 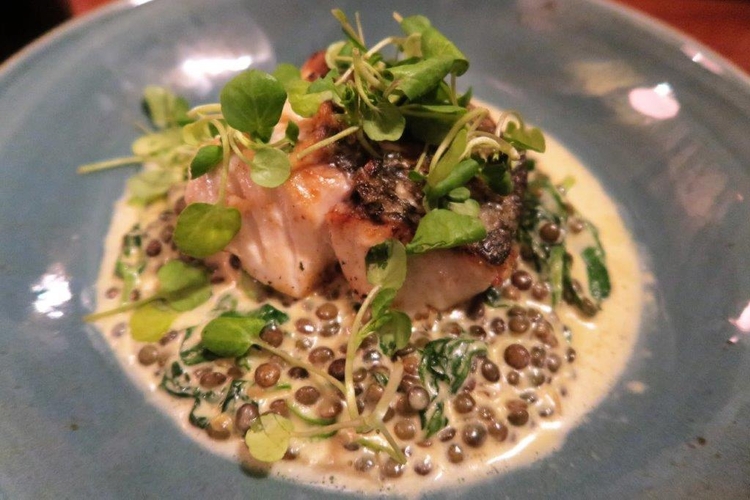 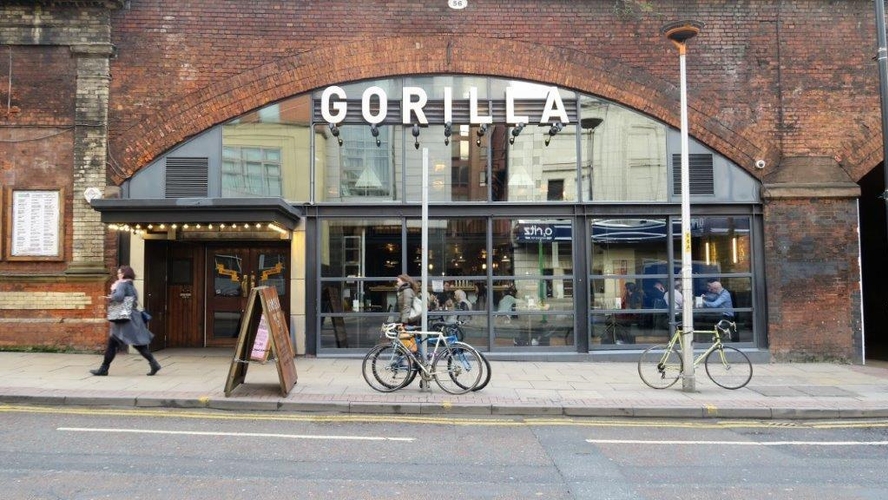 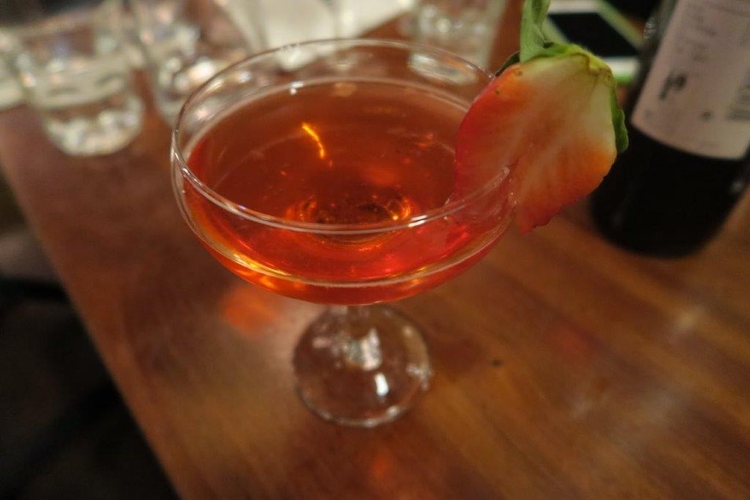 Ruth Allan still likes the place but where are the bloody capers?

MANCHESTER'S Gorilla opened to national acclaim in 2012. Fusing nightclub, bar and restaurant elements, it showed cult films on weekends among reclaimed furnishings and there was a devoted Gin Parlour on the top floor. Food was modern bar fare - kebabs, delectable grills and so on. At the time, it seemed too good to be true.

Fast forward to 2017, and the city’s bar scene is unrecognisable.

Gorilla is run by the Trof group whose new baby, Albert Schloss, is (on occasion) the second most profitable bar in the country. You could almost forgive the management for neglecting good old Gorilla, although that doesn’t seem to be the case. New rivals include the Refuge by Volta on Oxford Road and several operators on First Street, not forgetting the burgeoning NQ and suburban bar scenes.

Yet the former Green Room theatre that is Gorilla still holds its own.

We have to beg for a table on both visits. The food is pitched well. Modern bar food categories are present and correct: eggs, fresh soups, burgers, grills, Sunday roasts and so on. Yet the glue holding them together is Middle Eastern(ish) touches which gives Gorilla an edge.

The chargrilled chipotle pork steak (£14) is another winner. Succulently sticky and just sweet enough, it’s served with a lively salad of corn, spice and lime, plus a blackened pineapple salsa. The Gorilla hotdog is a pricey £10.50 but includes posh, arm-sized bratwurst, spiced red onion chutney, hits of cheddar and a manna/brioche roll. Nothing to fault here.

The pan-fried hake (£14) with caper salsa, parsley butter sauce, wilted spinach is less good. I order it on two occasions and can confirm that the capers are officially AWOL. The sauce is variable; pleasantly amalgamated in one, an incohesive collection of elements in the other. The fish is pearlescent or greyish and grainy.

I flag this up with one of the team who tells me they are making changes to the kitchen over the coming weeks. Perhaps it’s just a blip – although the eggplant fries (£5) aren’t great either. The tumeric and toasted cumin batter varies wildly and the aubergine is turgid or unctuous. The promised harissa dip doesn’t materialise on either occasion. 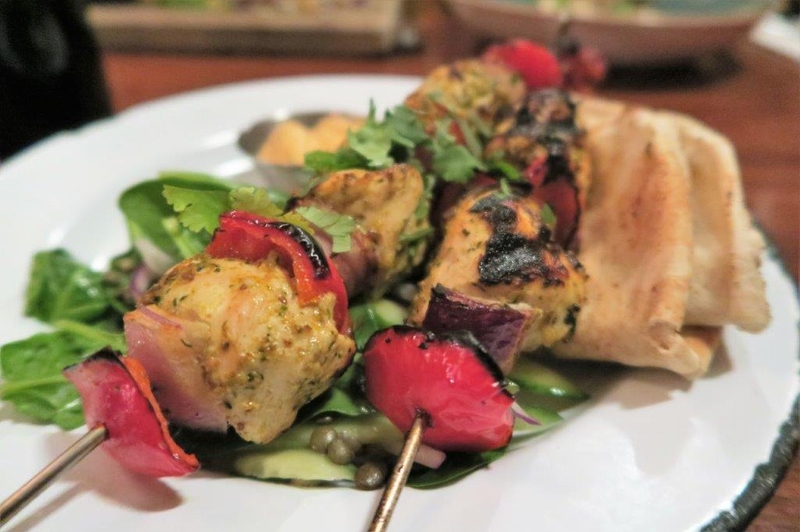 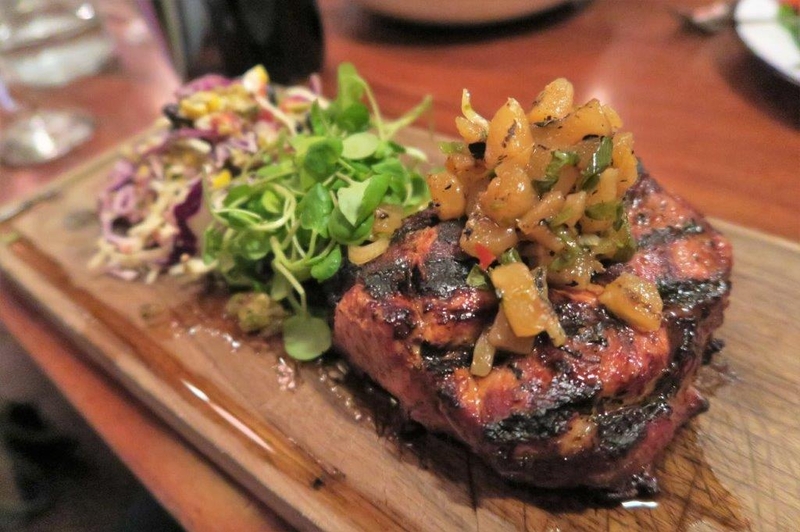 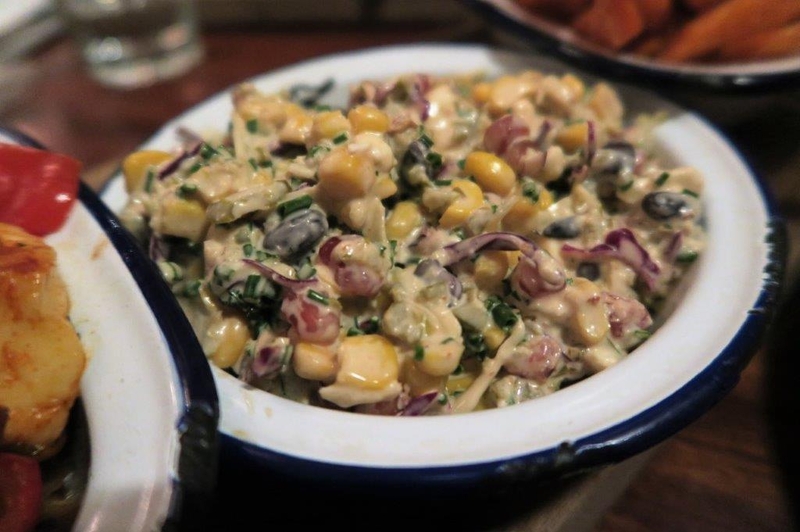 The Gorilla experience is very much the sum of its parts, though, and the bar offers a cohesive night out whether you are starting your night here, or making this your final destination.

Service is on the ball and drinks are brilliant. My friends and I often come here for cocktails (all around £7.50) which not overly faffy or expensive. The Jayne Mansfield (Havana rum, strawberry syrup and prosecco) is a bit sweet for my palate. However, they do the best espresso martini in town, and the Ginger Lynn (rum, King’s ginger liqueur, bitters and ginger ale) is an authentically Guyanese way to enjoy golden rum.

We don’t venture into dessert territory, but options such as sticky chocolate and date pudding, key lime cheesecake and dark cherry ice cream (all around £5) fit the menu’s casual/fusion vibe.

The main issue in the pipeline for Gorilla is a rumoured move. A timeline has yet to be announced but Oxford Road station is the fourth in line to undergo a dramatic modernisation by Network Rail. The plans include a new platform for Oxford Road station which could includes end of lease for Gorilla, the former Cornerhouse, Dog Bowl and more.

For the time being, Gorilla has plenty going for it. And if Albert’s Schloss is anything to go by, a relocated Gorilla could well be an improvement on the original.