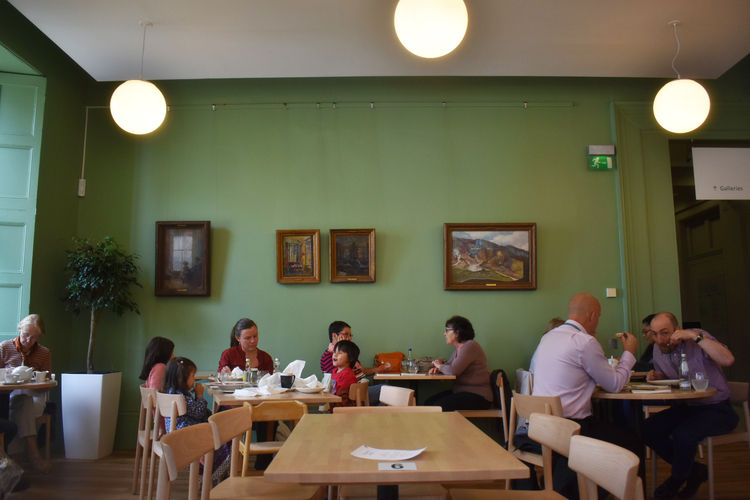 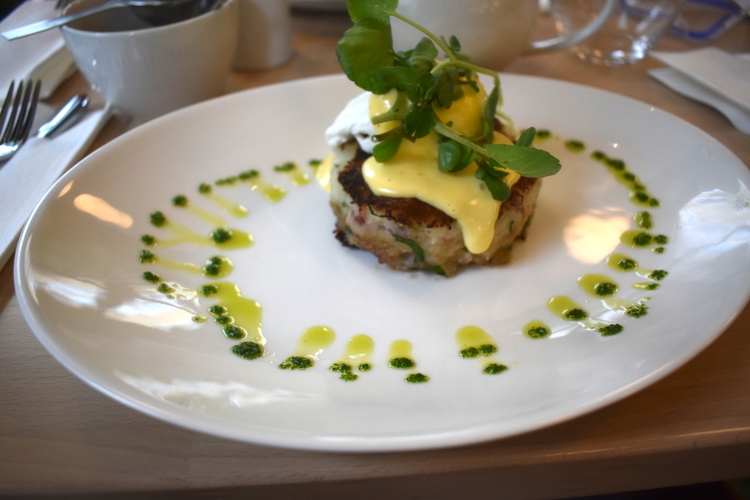 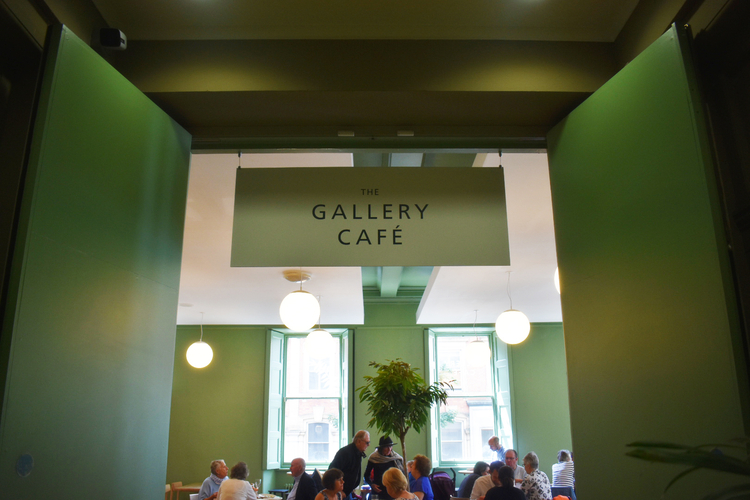 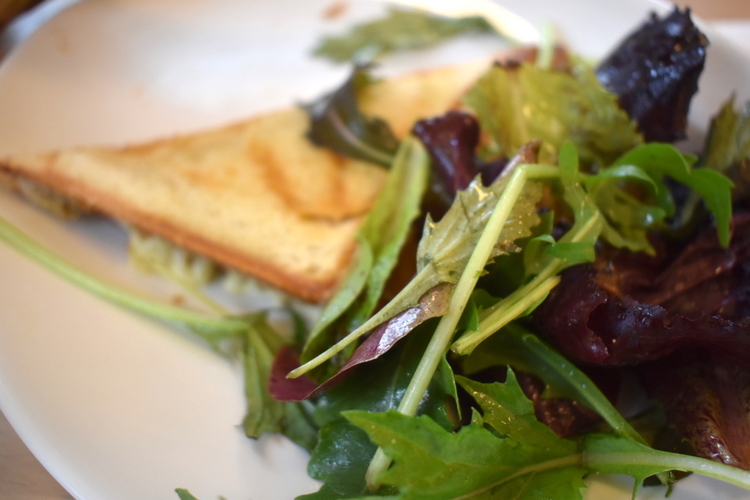 Gallery cafes are funny places. After a hard couple of hours trying to insert some jump leads into the part of our brains that process culture, we want, we demand, nay we need calorific sustenance. I can just about bypass the gift shop if I must but you’ll have to haul me out with fingernails dragging through priceless canvas before I give up my pot of tea and piece of cake.

Despite, or perhaps because of, the love for our gallery cafes, up until recently they haven’t been that great (though that tide is well and truly turning). Sandwiches in cellophane for eyebrow-raising prices have traded on our willingness to eat at all costs. It’s a shame as gallery cafes are usually in the most stunning rooms that Michelin-starred operators would kill to get their hands on - take the redesigned Whitworth Gallery for example). The scones have generally always been good though.

It was with curiosity and perhaps unfounded optimism that I went to explore Manchester Art Gallery’s rebranded café. The Gallery pulled off quite a coup when it announced that Mary-Ellen McTague would be redeveloping its café menu, with homemade sourdough, soups, sandwiches, salads, cheese boards and braises, alongside classic hot dishes. Food was to be locally sourced and even grown on site in a kitchen garden created in the environs of the gallery.

Mary-Ellen McTague was recently described by an esteemed critic as 'that arty lass with the toastie machines' which, although pushes understatement to its limit, is also accurate (to be fair he also called her one of Manchester’s best chefs). McTague has form in pushing at the creative bounds, with interesting collaborations and even her own installation at the last Manchester International Festival, as well as the more usual culinary plaudits to her name. She also works with the Real Junk Food Manchester, which is a noble project that tackles food waste and is an all-round Good Thing. She also likes toasties. Which means she can do no wrong in my eyes. Almost.

We ordered the fixed price menu (£12 for two courses or £15 for three) plus a salad and one of the famous Breville toasties. This was a surprisingly complex order and took several minutes to negotiate at the till. The staff seemed to be trying their best but it was not an efficient process. While I was standing around I asked one of them about the new menu. “The food is really nice…” she said. Something about the way she put the emphasis on the word ‘food’ seemed to imply that perhaps the rest of the changes had not been so straightforward.

Paraphrasing Sartre, perhaps the worst thing about gallery cafes is the other people. A few moments contemplating flights of creative genius seems to really bring out the cranky misanthrope in people (I do not exclude myself from this set). The anxiety caused by queuing up among other art lovers who might, through not knowing the proper procedure, inadvertently push in front of me (or worse, I might accidentally push in front of them, which is a shameful crime no bourgeois person can ever quite recover from) started to make the old queuing-up-for-a-butty, stick-it-on-a-tray system quite appealing.

Taking myself back to my table to recover from this ordeal, I was happy to wait the fairly long amount of time it took for the salad to turn up. And then some time later the toastie. And then some meals we didn’t order came. And then a fair few minutes after that, the starter and the main course from the set menu arrived at the same time. The first was a goat’s cheese and fennel tart. The goat’s cheese was lush, creamy and generous, the tart’s crust was crisp and light, the fennel…nowhere to be seen. Still, it was a good chunk of tart for a starter.

The main course was billed as a salt beef hash but looked more like a potato cake, although to be fair it wasn’t firm enough to be a potato cake either, perhaps “round of mashed potato studded with salt beef and topped with an egg” is a more accurate description. The mustard sauce it came drizzled with lifted this otherwise fairly pedestrian item into an object of interest (though not quite objet d’art).

The menu invites you to finish with a cake. Now this I wasn’t happy about. I think if there is going to be a section of a menu marked “pudding” then actual puddings should be available, and not just a little note that says “sod off to the cake counter”. Joking aside, it was all a bit confusing. Should we pick the cake straight after paying, pre-main meal, and carry it back with us, or wait until the end and risk looking like a cake thief? (No-one ever committed cake-based fraud in an art gallery).

Another issue is that the cake, plentiful when you first ordered, has (approximately 57 minutes later) dwindled. The only type left was the caraway seed cake, which did actually appeal to me because caraway reminds me of aquavit, which reminds me of getting drunk with Swedes. The cake itself was fine, especially if you scraped off the top, seedy layer, though a bit dry and crumbly to really make a top-notch impression. It went quite nicely with a pot of Lapsang Souchong, which is only beaten by Phoenix Honey Orchid Oolong for the most poncey posh gallery tea name.

The café itself has surprisingly not had a makeover - apart from losing the section where you queued up for sandwiches. It is still painted that damp, restful green colour that just has to have one of those Farrow and Ball names (Fried Purslane? Peas-in-a-Mist? Phoenix Honey Orchid Oolong?). The room is beautiful and the ability to access some top-notch art doesn’t hurt either.

Now to be fair I should end this review by noting I went back a few days later (at 2.30pm in the afternoon when the lunch rush is finished) and the service had picked up an awful lot. The hash had also been renamed as a “stovey” which, if anything, is even more inaccurate. There is still some sort of mysterious bottleneck on the ordering that needs to be addressed, and I feel there is a lot of McTague’s vision still to be realised. I’ll be coming again for the art and I’ll be damned if I leave without my cake, even if I do swerve the caraway next time.