I’ve decided on my new breasts; they're to be bigger, rounder and perkier than me after my morning coffee. So after a few nifty tweaks on the iPad (did I want pear drop shape or round? So many choices…) I can now visualise my ideal pair in 3D via the ‘Boob Goggles’. I may be sat in a hospital coffee shop, but currently I've got floating breasts all around me. Welcome to the future.

“Excuse me for showing you bare boobs, of course I’m used to it but I realise people are less so,” says prominent plastic surgeon, Dr Gerard Lambe, politely. Not that I’m feeling bashful, the boob goggles are more fascinating than crude.

“You take your top off, get scanned in and it takes a 3D map of your chest." 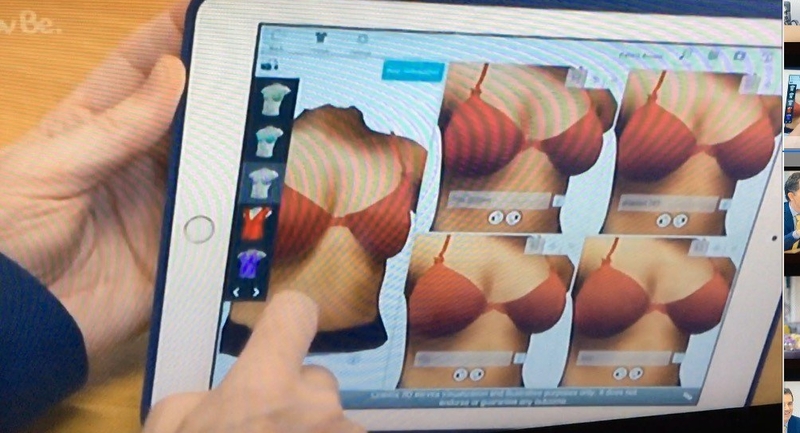 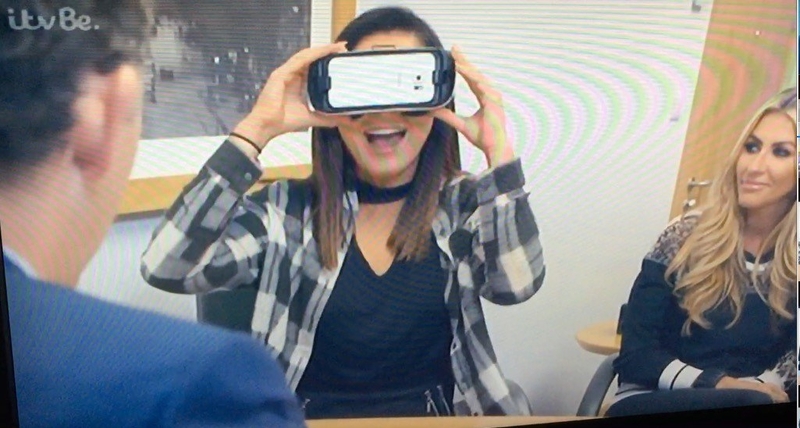 Dr Lambe is a highly–respected surgeon at the Reflect Clinic in Cheshire and recently made prime-time television by appearing on The Real Housewives of Cheshire with Dawn Ward, whose young daughters were contemplating breast augmentations. The boob goggles played a starring role in their decision to get the op.

“It’s all been very surreal,” says Dr Lambe, with a smile. “I didn’t coin the term ‘boob goggles’ by the way, that’d be Dawn.”

Though it’s not my own breasts currently floating either side of me (we’re in trial mode), it’s a similar experience for Lambe’s prospective patients who get to see an exact representation of their own breasts in advance of their procedure.

“You take your top off, get scanned in, it takes a 3D map of your chest – that takes two minutes - you get dressed, come in and get to see what you’ll look like with the breasts you choose,” says Lambe.

"They’re not looking to be a sexual object, to be ‘Jordan’ or desired by men – it’s for themselves"

It’s a brilliantly simple to use technology which Lambe says helps to solve any miscommunication between surgeon and patient.

“I had a patient come in who wanted a ‘natural look’ with a lift and implants but then she showed me pictures of breasts that were big and round like headlights. It was what she wanted but not my idea of ‘natural looking’. This device helps eliminate any miscommunication,” says Lambe.

“It also solves another common complaint, when a patient wakes up thinking ‘should I have gone a bit bigger?’ With this device I can show them a breast size up to a level where they think, ‘no, that’s far too big.'"

As we play around with the device - adjusting the symmetry, shape of the breasts and even adding in the potential post-surgery scars – I can’t help but wonder if the device could help doctors dissuade patients from making drastic and unflattering changes.

Lambe stops tinkering to think. “The role of the doctor still has a major part to play. It’s about common sense. If a girl comes in who’s very skinny, flat chested with a boy type physique wanting very big implants, they’re just not going to fit. The doctor has to say it’s not going to heal.”

In his two decade long career as a consulting plastic surgeon, Lambe has seen a decline in women wanting the Barbie-like breasts once plastered across the tabloids, and yet the number of cosmetic and non-surgical procedures are still on the rise, particularly with young women.

His reality TV patients’ decision to allow surgery has come under fire since his television debut, with Ward last week finding herself in front of the Loose Women panel following her daughters’ decisions to have boob jobs aged 19 and 21. Ward ended up in tears after her parenting was challenged.

“I’m very aware that there’s a wave of criticism around Real Housewives... you shouldn’t do this, you shouldn’t do that,” says Lambe. “I was on BBC News and they asked ‘are these people just unhappy, shouldn’t they just learn to be happier?’ Yet, when does cosmetic surgery become plastic surgery, where’s the discrepancy? Is it all vanity? What’s a vanity procedure and what isn’t?”

Lambe’s patients include women looking for reconstructive surgery after a mastectomy to women who have lost confidence after childbirth. While surgery is far from taboo in these times, he says there is still a stigma surrounding plastic surgery and the women who choose to have it.

“My typical patient is a woman who has had children, her breasts fell and she has a large tummy,” he explains. “She doesn’t feel like the woman she was before, even though her husband says she doesn’t have to get it done. That is what I see day in day out, a patient who is less in love with themselves than they once were.

“They’re not looking to be a sexual object, to be ‘Jordan’, or desired by men - it’s for themselves. And I always like to see women doing it for themselves.”

For whatever reason a person may want implants, the ‘boob goggles’, are helping women make more informed decisions, and that can only be a good thing.