IT SEEMS somewhere in the last few years it became apparent that the majority of us can feel a bit shit about ourselves.

Confidence, self belief and wellbeing are the much needed antidotes to the erosion caused by the Daily Mail’s side bar of shame and other people’s Facebook feeds of heavily edited fun.

The class begins with a gentle warm up, saying hello and getting to know your fellow classmates with, if you fancy, a playful “meow”. You don’t have to, I did – it was funny.

It’s not a new concept but mindfulness appears to be everywhere of late, offering various outlets to live in the moment and shake free the anxieties that come with being a modern day western human.

Mindfulness books line shelves and if you read these books, you may finally realise your dream of becoming an Internet meme, leaping around on a beach at sunrise surrounded by your very own motivational statement.

Being a natural worrier and someone that comes out in hives at the suggestion of trying to find somewhere without a sat nav, living in the moment and 'going with the flow' are behaviours I’ve both had to learn and have been extremely beneficial to my mental health. So, on seeing an ad for a new wellbeing class called Purrfit in Stockport, I was intrigued.

Purrfit claims it 'encourages us to take mindful control of our thoughts, actions and goals – recognising the importance of being true to our natural ‘animal’ selves.' The animal in question being a cat. 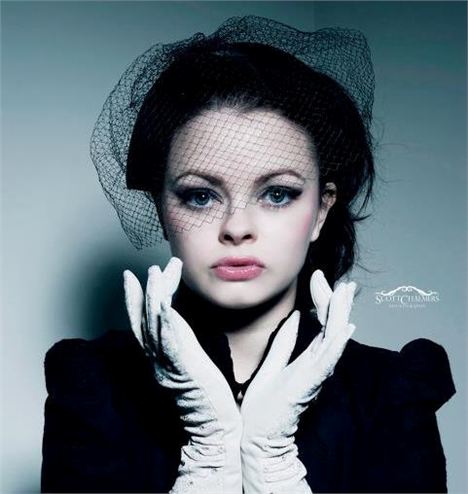 Even on reading the full explanation on the website, I wasn’t sure what to expect. My own personal experience relating to body confidence and my ex cat (aptly named Catbastard), had been negative. Should Catbastard ever find me lying on my front, he would proceed to pummel my back fat into a comfy cat bed, then sit there – licking his bum, like the bastard he was.

I wasn’t quite sure how, via the medium of cat, this class was going to empower me. Would I suddenly get a rush of confidence on leaving, take control and go shit in my neighbours rose bed because he was rude to me the other day rather than just saying nothing?

All I knew was my choice that evening was to either sit at home, eat crisps and watch repeats on Dave, or find out just what this mad cat lady was up to and get involved.

Purrfit is the creation of Kirsty Allen – an immediately approachable, funny Scottish lady. Her background in psychology and anthro-zoology, coupled with being the brains behind the Ministry of Burlesque, one of the UK’s more recognisable burlesque performance producers, has led her to developing Purrfit.

On entering the class, you are first aware of just how much effort has gone into it.

Props include cushions, blankets, rats (fake), tassels, gymnastic ribbons, a plushie trout, gym balls and a giant ball of yarn– the only thing really missing to tap into your “animal self” is a litter tray.

Knowing that I was about to spend an hour channelling my inner feline, the last thing I felt was my self consciousness melting away. But to my relief, it became quickly apparent that scratching at the studio upholstery whilst weeing somewhere inappropriate to mark my territory was not on the agenda. 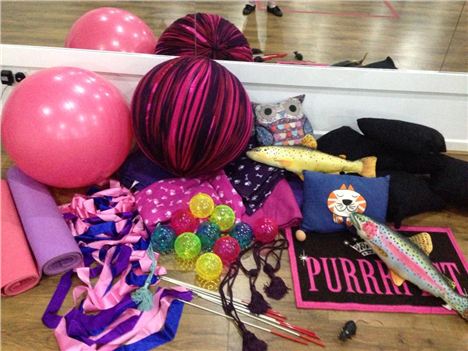 The class begins with a gentle warm up, saying hello and getting to know your fellow classmates with, if you fancy, a playful “meow”. You don’t have to, I did – it was funny. The more people did, the more people laughed.

The class is made up of a series of games, the concept behind each being simple with little or no rules. To get the heart rate up, we start with the “Tassel Dash” where one person possesses a large curtain tassel, which you have to subsequently chase aiming to steal it away.

The theme here is to 'get the thing you want', which, being 4th generation Stockport, would usually be someone  ten paces ahead waving a Greggs pasty. 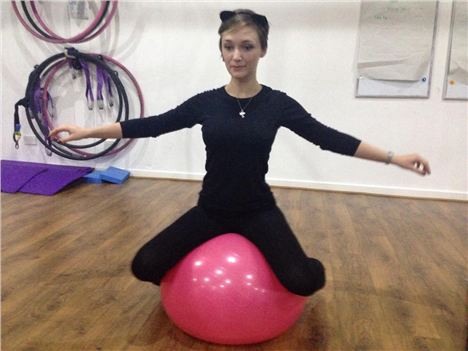 However my competitive streak kicked in, and summoning my inner Catbastard, I found myself running manically around the room, catching the tassel and wielding around my head like a gladiator.

Working through the class, the games each explore a number of themes: self confidence, self expression, peace, personal space, the senses, body awareness and balance. This is done with a sense of humour and interaction that make Purrfit a really fun experience without leaving you feeling like politician George Galloway ruining his reputation one purr at a time. 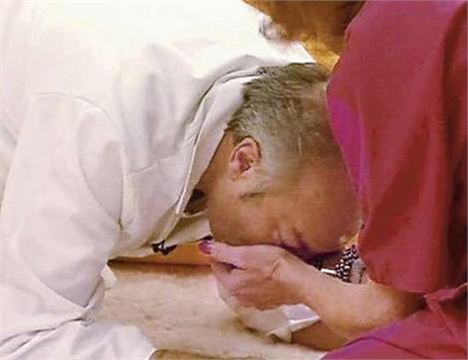 Each game is explained to link it back to the psychological insights from the animal world and the more you work through the class, the more sense it makes. Future classes promise to explore gender roles, creative potential and more.

The class ends with a “cat nap”, meditation session with blankets and cushions, utilising mindfulness, self-soothing and relaxation techniques. At this point I was so relaxed, I fell asleep. It was lovely.

I entered the class as a sceptic and suspected Kirsty was possibly slightly mad. I couldn’t envisage how hanging out as a cat for an hour could possibly impact on my wellbeing, it all sounded a bit to ‘out there’. However on leaving – I realised it was the most I’d laughed, relaxed and generally been kind to myself all week. I actually left suspecting Kirsty was in fact a bit of a genius.

Purrfit is on in Stockport at 8:30 on Thursdays at The Blush Dance studios in Meadow Mill. £6 per class or £30 for a 6 week course.