From cotton mill to contemporary office

The £1 million refurbishment of a former cotton mill on Chester Street has been completed, creating a total of 8,800 square feet of modern office space. The revamp of the ground floor of Grade II-listed Chatham Mill near Manchester Metropolitan University’s Birley Campus in Hulme was designed by architects Atelier MB, and was overhauled in two phases.

The larger 5,000 square feet first phase was filled last year by WilsonCooke, a brand, digital and marketing agency, and now the second phase is ready for occupation, creating a further 3,800 square feet of office space.

Atelier MB and its heritage consultancy arm, Atelier Heritage, took on the entire project on behalf of property development and investment company Span Group, redesigning and repurposing two adjacent buildings that formed an extension to the original mill constructed in 1820: one used as a warehouse and the other as a badminton court, where the floor markings have been preserved.

Atelier MB’s managing director Andrew Burns, who worked with colleague Zlatina Spasova on the design, retaining as many original features of the mill as possible, said: “The two buildings were in a poor state of repair before the latest stage of works commenced. The second phase was designed in line with the philosophy adopted for phase one, with minimal intervention and a commitment to expose original floors and services, including the remains of belt drive machinery in the ceiling of the badminton court.

“The project was designed to enable the people now based there to truly appreciate this historic building in its raw form. It is now a modern, stimulating workspace which is full of character and an ideal base for exciting, creative and digital businesses while still reflecting Manchester’s industrial past.” 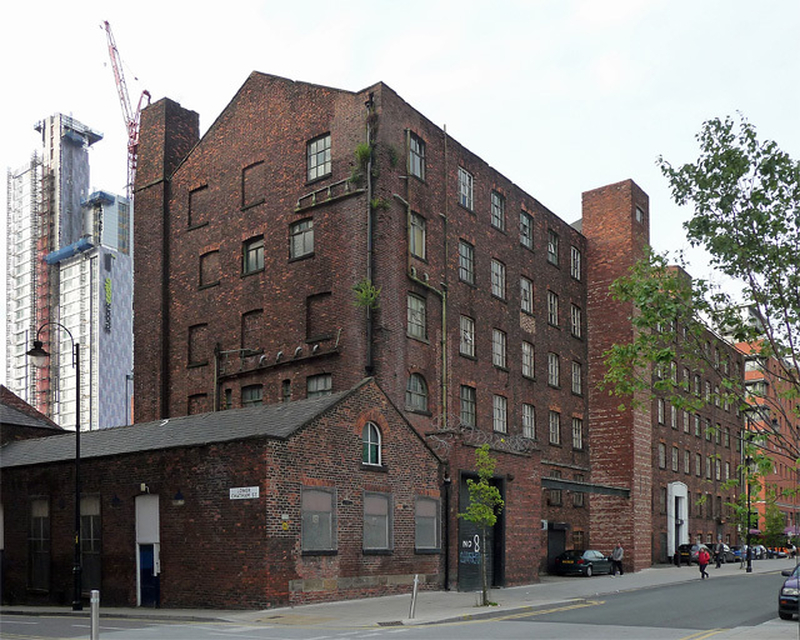 Good news for the Pankhurst Centre, which has been given a much-needed boost following two break-ins in the last month alone. Security improvements can now be made, along with repairs to the museum’s damaged windows and doors, thanks to a £10,000 donation from the Co-op Group, based on Angel Square.

Volunteers at the Pankhurst Centre, the former home of women’s activist Emmeline Pankhurst and her family on Nelson Street near the MRI, had feared the bill for repairs would “cost thousands” and that the museum – which has just been celebrating the anniversary of the birth of the suffragette movement – was already “struggling for survival”.

Francesca Raine, fundraising and development manager at The Pankhurst Trust, said: “We are absolutely overjoyed and blown away by the support – everyone connected to the museum was heartbroken that the Pankhurst Centre, which symbolises so much in the campaign for women’s equality, should suffer such a set-back.” 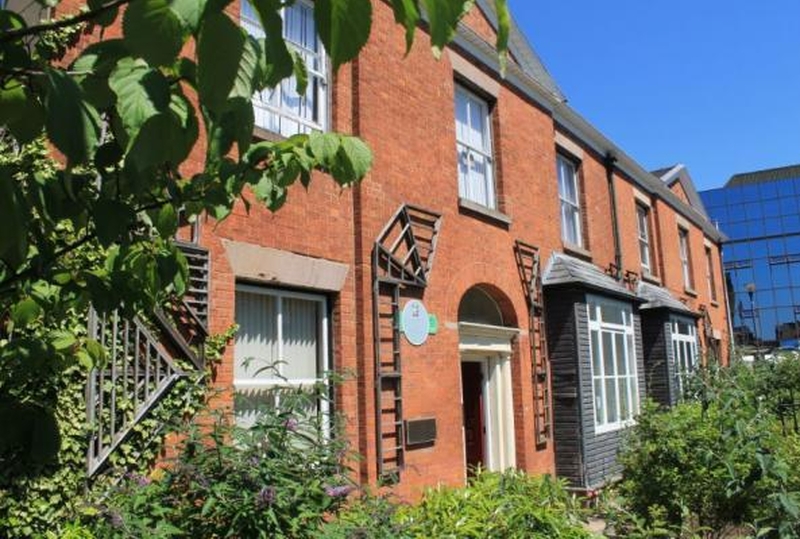 A multi-million-pound housing development in Wilmslow is to include 52 shared ownership and affordable rental homes. Stanneylands will see 174 new homes built in total over the next five years, with three-bedroom family houses, featuring generous outside spaces, one and two-bed duplexes, and one and two-bed flats, all with high-spec interiors.

Built by the Barratt and David Wilson Homes North West division, Stanneylands might be in the town where hit ITV series The Real Housewives Of Cheshire is filmed, but buyers of the properties won’t need the Housewives’ bank accounts. To snap up a slice of their luxury lifestyle, sales start at £72,000 for a 40 per cent buying share. Developed by Weaver Vale Housing Trust’s new shared ownership and sales brand Prospa Homes, it’s hoped they will enable local people that are currently priced out of the housing market to get onto the property ladder - in style.

Wayne Gales, Weaver Vale Housing Trust chief executive, said: “This development will make a real difference in enabling local people to get a foot on the housing ladder in an area where high house prices have meant home ownership has been out of reach for many.” 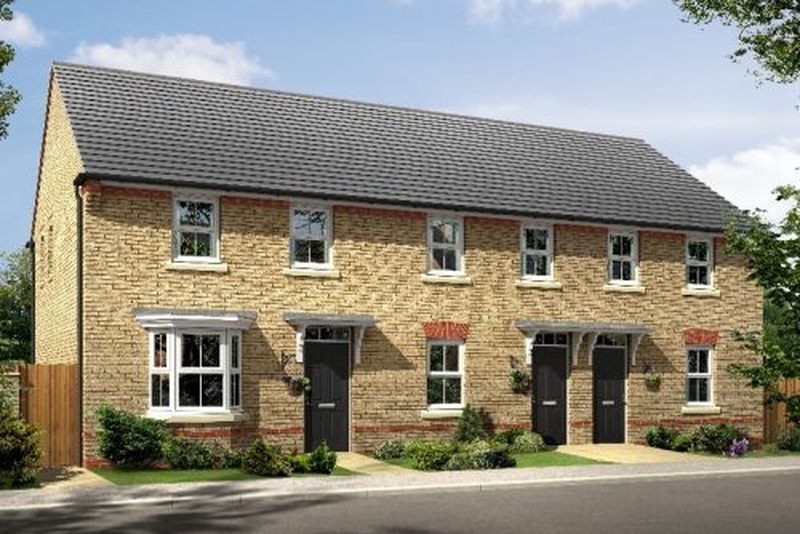 This story has Mojo…

A new state-of-the-art £2.4 million pet hospital funded by donations from the public, the Montague-Panton Animal Welfare Trust and players of the People’s Postcode Lottery, and built by Salford-based MC Construction, has just opened on Redgate Lane in Gorton.

The Montague-Panton Hospital PDSA Pet Wellbeing Centre was officially opened by retired police dog Mojo and his handler PC Phil Healy. Mojo received the PDSA Order of Merit for his work following 2017’s Manchester Arena attack, when he was the first police dog on the scene. Alongside PC Healy, he worked through the night searching the area to make it safe for the emergency services.

Managing director Dave Lowe said: “We’re thrilled with the outcome of this project. Being a dog owner myself, constructing a new pet wellbeing facility for PDSA has been an absolute pleasure and has resulted in a very happy client. I am immensely proud of our project team, who have delivered the works seamlessly.”

The new 10,000 square feet facility replaces the PDSA’s former pet hospital on Warwick Road South in Old Trafford, which has closed after 40 years. Senior vet Rachel Smith said: “It’s great to finally be here. The Old Trafford hospital holds lots of memories and helped so many pets and people over the years, so the team were sad to leave. But we are really excited to finally open the doors of this fabulous new facility.” 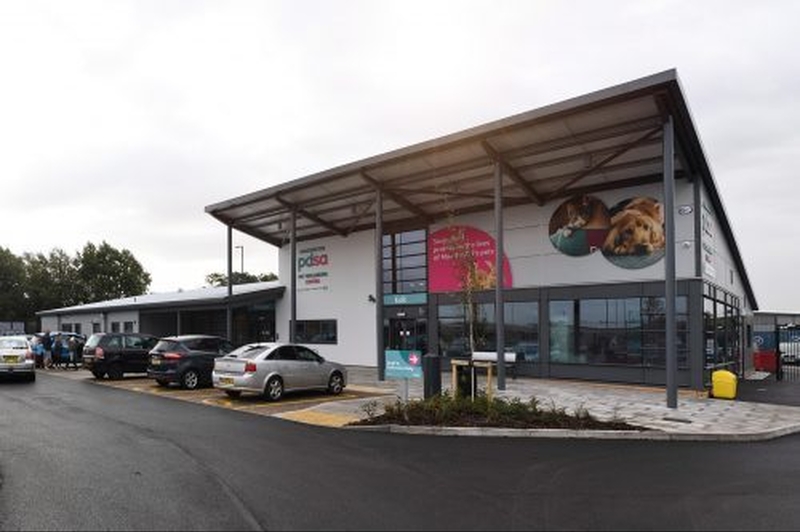