It's back - and we've got the best bits

All weekend, The Village

Acts playing the Gaydio Dance Arena include Dave Pearce, Pete Tong and DJ Paulette - while two of the original DJs from Studio 54, Nicky Siano and Jellybean Benitez, will recreate a night at the famous New York club on Friday.

Over on the Sackville Boutique Stage will be Proms In The Park, Heather Peace Presents and cult rave bingo night Bongo’s Bingo, which has taken Manchester (and Europe) by storm with its chaotic combination of bonkers bingo, table dancing and offbeat prizes.

You can also get stuck into a silent disco, diva karaoke and a sing-along-cinema (details here) as well as an expo featuring 40 stalls in Bloom Street car park and the 'village markets' along Chorlton Street.

Stage timings are yet TBA but here's who's playing where... 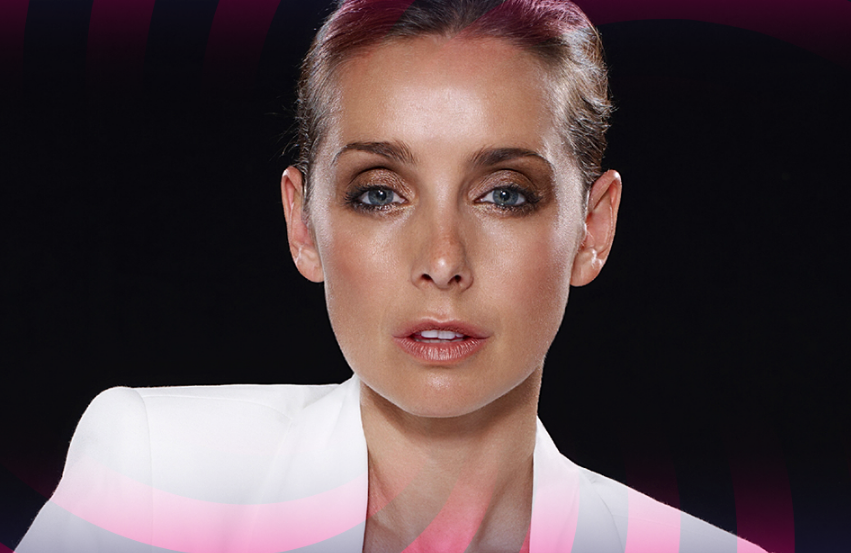 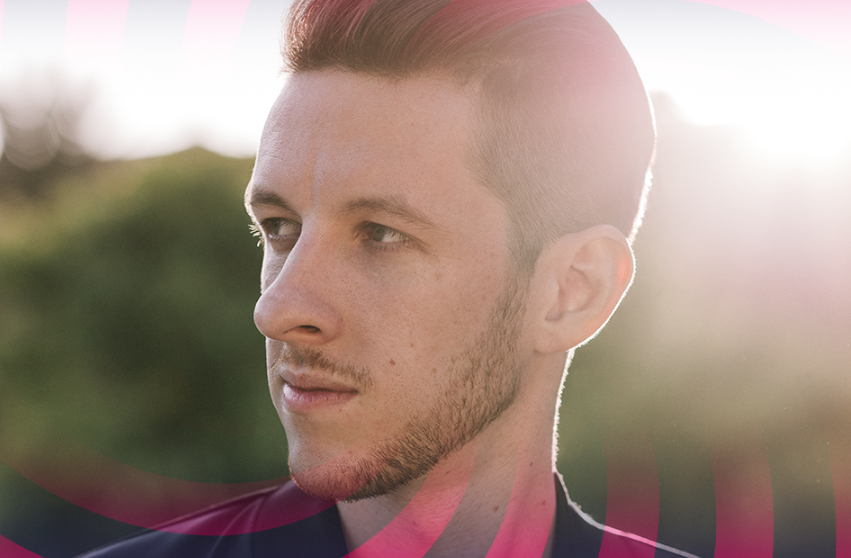 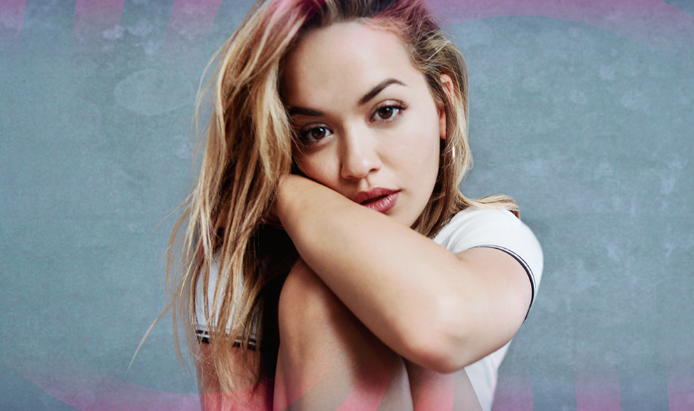 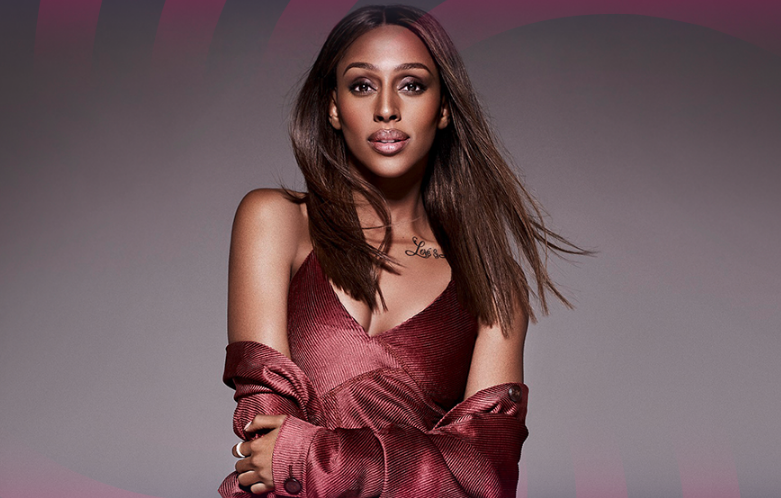 Arguably the festival's most highly anticipated event, the Parade draws tens of thousands of spectators as it winds through the city, from Liverpool Road to The Village (route below). This year’s theme is ‘Circus of Acceptance’ so expect outlandish costumes aplenty, as well as the usual procession of community floats that symbolise Pride’s ethos of unity.

From cabaret to conversations and community workshops, Superbia is a free weekend of activities - launching with Friday's premiere of Invisible Women, a documentary charting the last 50 years of Manchester's LGBTQ history through the personal stories of two incredible women and their life of activism and rebellion. Full timetable below...

New LGBT+ art in Superbia's pop-up gallery: including Not Going Shopping, a brand new sound installation from Abigail Ward; Temporary Protest, Permanent Monument by ReCon, responding to the Section 28 demonstrations; Conor Collins’ IV blood portrait of Princess Diana; new MMU graduate art, new film and more. Some of the artists will be there in person on Sunday at 12.30pm to talk about their work.

Relax, socialise and celebrate in the café space of No 70 - with free food, a Pride party playlist, specially concocted soft drinks and an art workshop for kids of all ages. Feel free to bring along your parade costumes and props.

A History of Pride: From Stonewall rebellion to the present day | 6–7pm

Superbia Project Manager Greg Thorpe takes visitors on a history tour of Pride, from the 1969 Stonewall uprising and beyond to Pride in the UK and around the world today. He'll use imagery, video, activist profiles, history books and memoirs to remind us why we still march today. 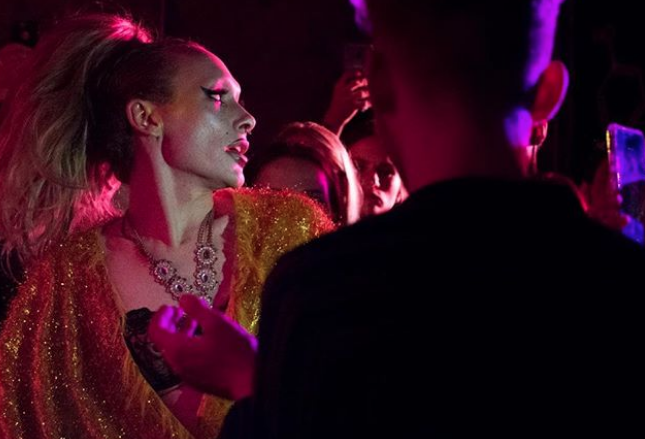 Free beginners/intermediate yoga class with Jonathen Bowen. Mats provided if you don’t have one. Start your Sunday with a positive mind and strong body.

Have a guided tour and hear from a selection of artists showing new work in the gallery space. Learn about the making of their work and the inspiration and stories behind what they do.

This Superbia-supported documentary follows legendary queer performance artist David Hoyle and a group of LGBT artists as they workshop creative responses to their relationships with drugs, alcohol, the community and each other. An entertaining, touching and surprising piece of film exploring the concept of ‘recoverism’ from a specifically LGBT point of view. Afterwards, join the artists for a welcoming and open discussion about substance and recovery, creativity, queer life, self-discovery and the crucial question: What lies beyond…? Darren Pritchard will be hosting a vogue workshop @ Word of Warning

“We Can Make You Look Beautiful”: Non-femme Presentation, ‘Pampering’ and Cancer | 5–6.30pm

In a landscape of long wigs, make up and makeovers and pamper packages, are some people left on the shelf? A funny, frank and intelligent look at life with cancer when you aren’t cheered up by lipstick and frills; with performances and readings by Claire Mooney, Helen Mort, Debbie Sharp, Eileen and Jackie Stacey.

Already near-legendary Boiler Room documentary showing on the cinema screen. Director Stephen Isaac-Wilson takes viewers on a tour of Manchester's most infamous queer parties. Meet the dancers, DJs and artists who make Manchester’s nightlife tick, while looking back over 30 years of creative nightlife via Flesh and more.

Following last year’s packed-out vogue dance class, the legendary Darren Pritchard – choreographer, writer, Mother of the House Of Ghetto and Director of Black Gold Arts – is back to share his choreography skills. Darren’s practice is deeply rooted in the black queer urban history of the vogue art form so prepare to learn as well as sweat. No experience required, just dress 'comfy and cool.'

A touching culmination - which sees Sackville Gardens turned into a sea of flickering candles - the vigil is a chance to come together and remember those no longer with us, those currently suffering and to recognise the many challenges still faced by LGBT+ communities.

For one week only, the crystals will be pink and the maze master’s costume rainbow-coloured, as the Crystal Maze live experience shows its pride for Pride - with plenty more décor additions besides.

Following its sell-out show at The Albert Hall in May, Glitterbox returns to Manchester as the official Pride after-party: featuring  Roger Sanchez, Hifi Sean, Simon Dunmore and Julie McKnight. Albert's Schloss, below the hall, will also be celebrating Pride with 'August Spank Holiday: Shake Your Tail Feathers'. Oo-er.

COME AS YOU ARE WEEKENDER

Billed as Manchester's favourite Pride after-party, the Come As You Are Weekender returns to The Refuge this weekend with two heavyweight disco-masters, Horse Meat Disco and Edit, and a few pals to boot. They say Come As You Are is a 'celebration of love, music, food and a cornucopia of much more...whatever day, night, inside, outside combination you choose.' Who are we to argue?

There are several venues around The Village offering Pride deals. Alternatively, check out out these rainbow specials below...

The Lowry Hotel is kicking off its monthly themed afternoon teas with a colourful Pride version - rainbow layered cake and glittery macaroons included. What’s more, £1 from each sale goes to the Pride charity. As well as sweet treats, the £29.50 special comes with gourmet sandwiches, traditional scones with clotted cream and top-notch tea (boozy upgrade available).

Don't miss out on the August themed afternoon tea - This month's theme is #Pride! (£1 will be donated to Manchester Pride for every tea sold)
Book here: https://t.co/czvxSx4PPQ#LowryLife #ManchesterPride #MCR #Salford pic.twitter.com/d2RBO4pjsQ
— The Lowry Hotel (@thelowryhotel) August 24, 2018

Talk about diving in at the deep end…

One of the latest batch of street foodsters at Hatch on Oxford Road, Wok’s Cluckin will be serving up rainBOWLs this weekend - combining their curry laksa with some very zippy noodles. It’s one of several Pride-related happenings at Hatch: more info here.

The Anthologist’s vibrant stack comes with glittery Prosecco for £15. 19 Café Bar will also be offering colourful crepes, as well as donating a percentage of all takeout coffee proceeds to Pride.

Stacks on ! Look at these rainbow pancakes 🥞 🌈 ! Perfect to celebrate the #prideweekend or just for a colourful morning 😋 available with a glass of glittery Prosecco for £15 between 25th - 27th August only ! Start your long weekend with a bit of colour pic.twitter.com/H63y0FRAJX
— The Anthologist Manchester (@anthologistmcr) August 16, 2018

A vanilla and passion fruit infused gin martini, with pineapple foam and fizzy laces, Alton’s Pride cocktail not only looks and tastes the biz - it’s for a good cause too. Alongside the Living Room’s ‘Pride Tree’, proceeds will be donated to the George House Trust charity throughout August. More info here.

Starting tomorrow we are launching our delicious new cocktail... the 'Pride of Alston' 🍸🏳️‍🌈 . We have created our own pineapple, vanilla & passionfruit infused gin martini with pineapple foam 😍 . Proceeds from this cocktail for the entire month of August will be donated to the George House Trust, which supports those affected by HIV & AIDS in and around Manchester . #pridemanchester #LGTBQ+
A post shared by Alston Bar & Beef (@alstonmanchestr) on Jul 31, 2018 at 8:19am PDT

With six layers of vibrant colours atop one of their signature shakes, Black Milk’s Pride concoction isn’t for the faint of heart (or small of stomach). Yes you might well end up using all your calorie count in one go but you’ll sure enjoy doing it - and £1 from each shake goes to Pride.

Double Rainbow! 😍🌈🌈 Only two weeks remaining to get your hands on the Rainbow Shake in Manchester until it is gone for good. . 📍Black Milk Nq. 📸 by @foodies_of_mcr. . #mcrfoodie #manchesterfood #eatmcr #manchesterfood #manchester #northernquarter #milkshake
A post shared by BLACK MILK (@blackmilkcereal) on Aug 13, 2018 at 10:43am PDT

From 23 - 25 August, the Japanese restaurant will be serving both rainbow sundaes and rainbow katigori (shaved ice) to celebrate all things Pride: 10% of proceeds go to LGBTQ+ charity Stonewall. Shoryu will be also be offering 10% discount to customers who show the team a rainbow on 25 August (not to be used in conjunction with any other discount, offer or set menu.)

Stop by Shoryu after the Manchester Pride Parade for 10% off your bill when showing a rainbow on 25 Aug! We even have a rainbow sundae from tomorrow until 27 Aug where 59p from each sundae will go to Stonewall so there are many reasons to celebrate! https://t.co/kwdD4ZfB3B pic.twitter.com/S9J3bR48VX
— Shoryu Ramen (@shoryuramen) August 22, 2018

A giant Pride-themed art installation turned up in Spinningfields this week, just outside Australasia's Sunset bar: an inflatable paintbrush, painting a rainbow walkway along part of The Avenue and up the stairs. You have to go take a look, if only for Instagram.

Crossed a road in Manchester recently? Then you might have noticed the green man has taken a temporary hike. That’s because Siemens’ traffic division is marking Pride with four special diversity signals - representing lesbian, gay, heterosexual and transgender relationships. You might wanna check out the 'zebra' crossing by Piccadilly too.

YOU BROUGHT YOUR OWN LIGHT

This powerful exhibition by acclaimed Manchester-based photographer Allie Crewe shows there is nothing linear about femininity, or what it means to be a woman, in the 21st century. A celebration of her groundbreaking and evocative work with transgender subjects, it’s sponsored by national transgender charity Sparkle. More here.

Third release Big Weekend tickets are priced at £28 for the full weekend, £20 for day; and family and children's tickets are also available. Tickets provide guests with access to the event site, including the Main Arena, Sackville Gardens Boutique Stage, the Gaydio Dance Arena and the Expo and help Manchester Pride raise essential money for LGBT+ causes in Greater Manchester.

For more information on The Big Weekend visit the website.