It's back to school time, so up and down the country social media is pinging with pictures of shiny new uniforms and designer satchels. But for reasons such as changing demographics and rising maintenance costs, many of Manchester’s red-brick schools rang the bell on pupils some time ago, ushering in a new era of usage.

Feral youngsters threw stones through the school’s windows, left dead cats on the doorstep and attacked the teachers as they walked down the street

From offices to hotels, many beautiful old schools are top of their class when it comes to their new identity; others, meanwhile, are waiting to be given a new timetable. We pay attention to the best of old-school Manchester… 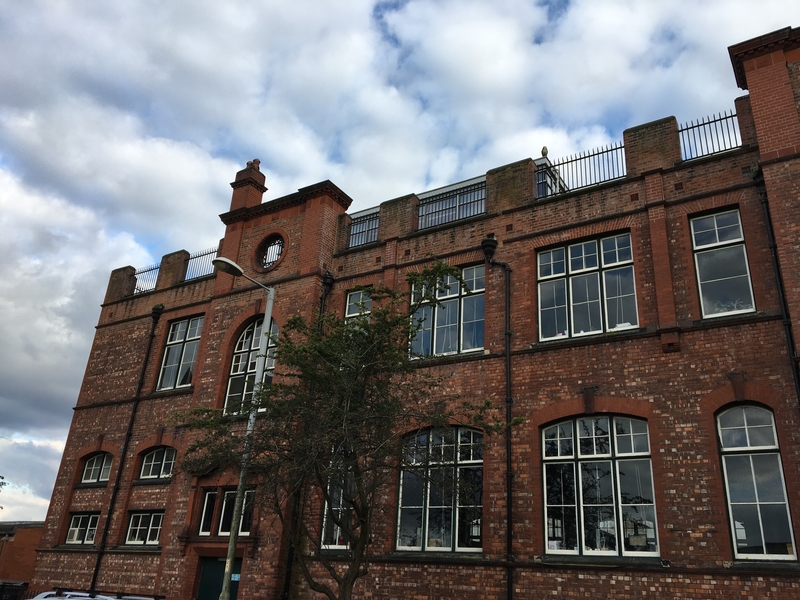 Head up the side of the Express Building in Ancoats, past the former Sanitation Street terraces and Victoria Square Dwellings, and you’ll come across a formidable red-brick office building with railings flanking the entire roof. A mechanical owl perches on top, its head gently moving from side to side.

The imposing Edwardian building was built as a school in 1912, a key feature that the playground was on the roof to compensate for the cramped conditions inside, hence the railings that still exist today. A drop in population that occurred in the area when much of the surrounding housing was cleared probably called time on its school days. Converted into office space and home to Ask Real Estate (complete with big orange question mark) for a number of years, today the building is owned by 151 Products distribution service and houses a modern showroom.

One of the most eclectic and stylish boutique hotels in Manchester started its days as a school for children of the travelling barge community in 1912. The austere red-brick building was taken over by Granada Studios in the 1980s and used as a staff canteen before being refurbished, and today it gets top marks on the hotel front.

Some of the function rooms have been named with a nod to its former identity: hold meetings in The Headmaster’s Office or the boys or girls classrooms, have cocktails in the library or enjoy the rooftop terrace and playground, which, like George Leigh Street, was built on the roof for space. Next year Great John Street Hotel – aka The Old School House – is set for another multi-million refurbishment which should put it in a special class of its own. 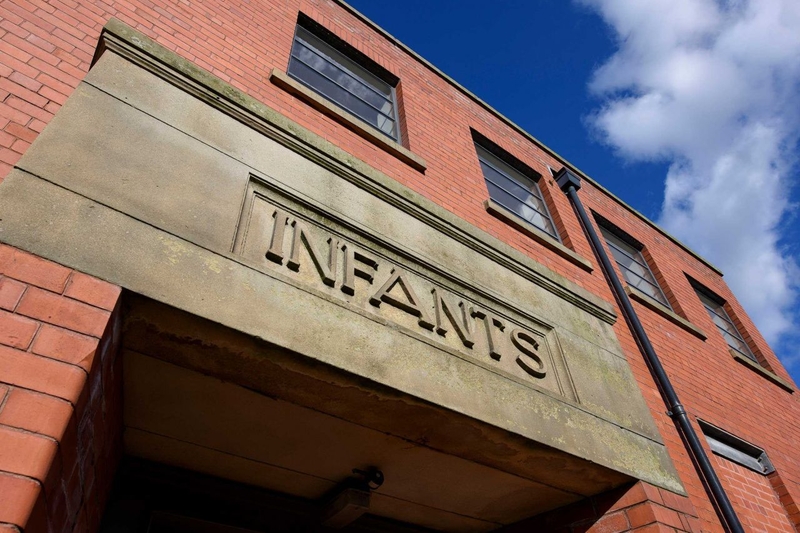 A collection of former school buildings in Trafford Park was sensitively restored by Urban Splash in 1996 to create a collection of high-specification workspaces. Packed with original features which were retained during the refurbishment, it has remained one of the most popular office developments in Trafford Park and was the first Urban Splash scheme to receive a Royal Institute of British Architecture (RIBA) award for architecture. Its proximity to MediaCityUK also helps to give it some gold-star appeal. 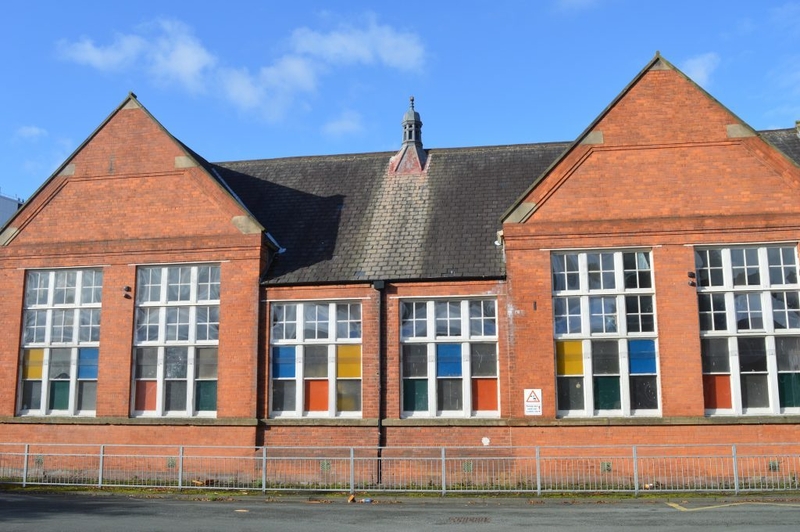 Described by the city council as an ‘imposing Grade II listed Victorian building with its high ceilings and mill-like appearance’, the site in Openshaw stood largely empty between 2012, when Varna Street Primary School relocated into new purpose-built premises a short distance away, and 2017, when a community of 100 artists moved in. It then became studio space after Rogue’s longstanding city-centre building, Crusader Mill, was bought by property developers Capital & Centric to develop into chichi apartments and ‘social spaces’. Today many of the old-school features remain at the Barrass Street building about two miles east of the city centre, while much-needed creative space is provided for talented artists. 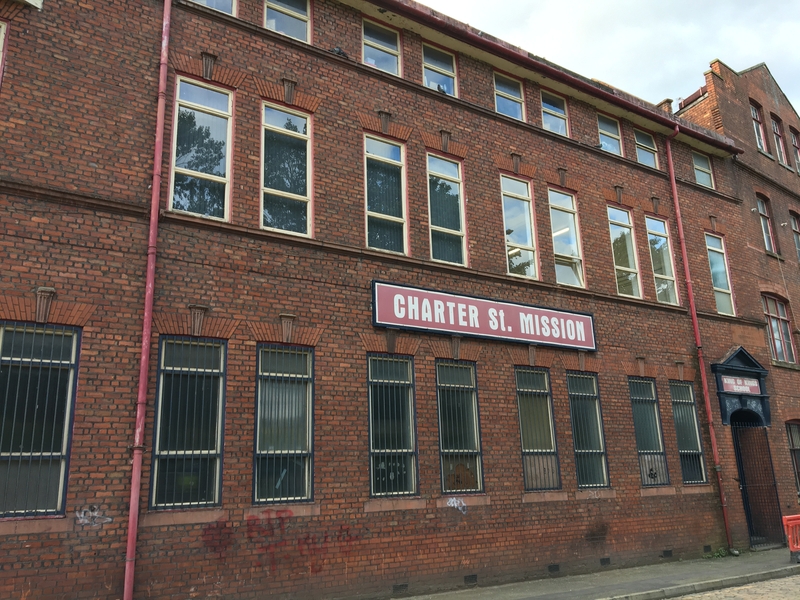 The red-brick Victorian building that once housed Charter Street Ragged School still stands at the corner of Dantzic Street and Little Nelson Street, in Angel Meadow. Originally opening as a Juvenile Refuge and School for Industry in 1847, it became a ‘Ragged School’ in 1861, providing free education for children too poor to receive it elsewhere. Clues to the building’s original function can still be seen in the signs on its exterior, including the ornate stone-carved wording of ‘Working Girls Home’ above the grand royal blue-painted double doors. Until earlier this year, it still offered a place of refuge, and was used to serve food to the city’s homeless. Since the lease expired, it has been used as a site office while building work is carried out in the area, so watch this space… 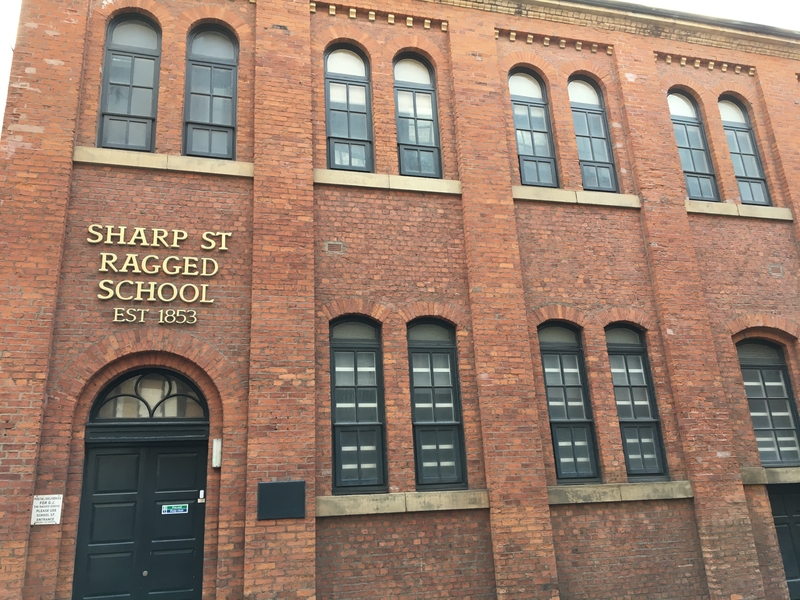 Another Ragged School, this one in Ancoats, Sharp Street had a shaky start when it opened its doors in the 1850s. The Ragged Schools were largely developed in the poor areas of industrial cities to offer free education for destitute children whose ‘raggedly’ clothing gave the schools their name, but at first it was not appreciated. Feral youngsters threw stones through the school’s windows, left dead cats on the doorstep and attacked the teachers as they walked down the street. For five years, teachers toiled to win over the residents of the slums, and eventually hearts and minds warmed to the idea. Today the building stands empty, but with Victorian buildings being snapped up around the city it is likely to only be a matter of time before it is given a new lease on life. We’ll keep you reported…