Two years of construction and a pandemic since closing, the Bolton icon returns in December

After two years of construction and a global pandemic, Bolton’s Octagon Theatre plans to finally open its doors again on Friday 4th December following its £12 million transformation. The venue was due to relaunch this summer but COVID-19 obviously had other plans.

In December the Octagon plans to open its Kitchen & Bar - a friendly space for casual eating, drinking and socialising - and (subject to local lockdown lifting) host a series of creative workshops, along with festive events to be announced soon. However, with the delay to the building caused by the pandemic and no date from the government of when it will be safe for audiences to return without social distancing, the theatre team have been forced to postpone several previously-announced productions.

The new musical version of Charles Dickens’ festive classic A Christmas Carol will be postponed until Christmas 2021. The productions of Vinay Patel’s epic drama An Adventure and the world premiere of a new musical adaptation of the bestselling novel The Book Thief, both due to be staged in early 2021, will also be rescheduled with dates to be confirmed. The Young Octagon’s production of One Night in Bolton, meanwhile, will be reimagined as a radio world premiere. The theatre aims to stage alternative productions in the main theatre from early 2021, with titles and ticket details to be announced in the autumn.

The Octagon’s new programme is being planned on the assumption that social distancing rules will still be in place, meaning a significant loss in future revenue due to the need to restrict audience numbers. It is encouraging supporters to join its membership scheme during this challenging recovery period.

CEO Roddy Gauld said: “The last few years have been a real rollercoaster for the Octagon and I’m so relieved and delighted that we now have a new opening date. We enjoyed a record-breaking 50th anniversary before two years working in different spaces across Bolton whilst the theatre was being redeveloped. We were so close to reopening when COVID-19 hit, and robbed us of not only our reopening but also risked our entire existence. The financial losses are huge and I’m so grateful to everyone who has supported us so far.”

Reflecting the struggles facing venues and workers across the whole live events and entertainment industry, he added: “Although we’re getting ready to open the doors, we are still fighting for our future. Social distancing creates financial gaps as well as physical ones. We typically need at least 75% of seats to be sold in order for a show to be financially viable. Social distancing will reduce our capacity to just 25%. We have no choice but to postpone our planned shows and recognise that we’re far from over this crisis yet. Our staff are still on furlough and we have no guarantee of further government support.”

He rounded off: “What we do have is a fantastic new building that we will put to use in any way that we can. We’ll be running community projects, opening our Kitchen & Bar, and rehearsing new work for staging in 2021. We’ll announce a series of festive events later in the year too. I’m so happy with how the theatre is looking – I think people will be really impressed by the transformation. It’s a much more welcoming, accessible and comfortable place to visit.

“The Octagon generates millions of pounds for Bolton every year and we welcome thousands of visitors from across the region. Opening our doors isn’t only about getting the theatre open - it’s about getting our town centre, our cultural life and the local economy going again. I’m incredibly grateful to all of our supporters, including Bolton Council and the Arts Council, whose funding has made the redevelopment possible. And I’m really excited to welcome people safely into the Octagon soon.”

Before the theatre reopens to welcome visitors, it will continue to reach audiences digitally with a brand new online show co-produced with Guildford Shakespeare Company; the Zoom production of A Midsummer’s Night’s Dream promises ‘fantastic fun and a great opportunity for audiences of all ages to engage with live theatre safely, until we can meet together in person.’ This ‘made-for-online’ production will be available to watch live in the autumn, with dates and ticket details to be announced on Tuesday 1st September and priority booking available for members.

Its creator, and the Octagon’s artistic director, Lotte Wakeham, commented: “The incredible messages of support we have received throughout this time of upheaval have spurred us to look to the future of the Octagon. We’re more determined than ever that the Octagon will be the vibrant cultural hub that Bolton and the North West deserve.”

Wakeham fronted the theatre’s Future Fund, which launched in May and (with the support of the Oglesby Charitable Trust) has raised nearly £50,000 to support the Octagon through the COVID-19 crisis. The charity is reliant on support and, after losing expected box office sales throughout spring and summer, was left with an estimated £500K shortfall. Alongside crowdfunding - plus the help of celebrity patrons including Sir Ian McKellen, Andy Serkis and Denise Welch - it has partially made up for the losses via savings and the government’s furlough scheme: with the latter due to end in October and no indication of when theatres can properly reopen, however, it remains a worrying time.

At this critical period, the Octagon is asking audiences to sign up as members and help secure its future.

Head of development Danielle Fearnley said: “We have been so heartened by the warmth and generosity we have received for the Future Fund appeal so far, and we are really grateful to every single supporter. It is a clear indication of the love people have for their theatre, and every donation has helped us make it this far.

“As we continue in our fight for survival, joining as a member is a brilliant way for anybody who believes in what we do to show their support long term. We have such incredibly loyal audiences and many people who wish the Octagon well; if they all become members from just £3 a month, they will be able to look forward to great rewards including priority booking and discounts at the same time as helping the Octagon continue on the road to recovery.”

To find out more and join as a member visit octagonbolton.co.uk/members. Or consider buying advance tickets or gift vouchers. 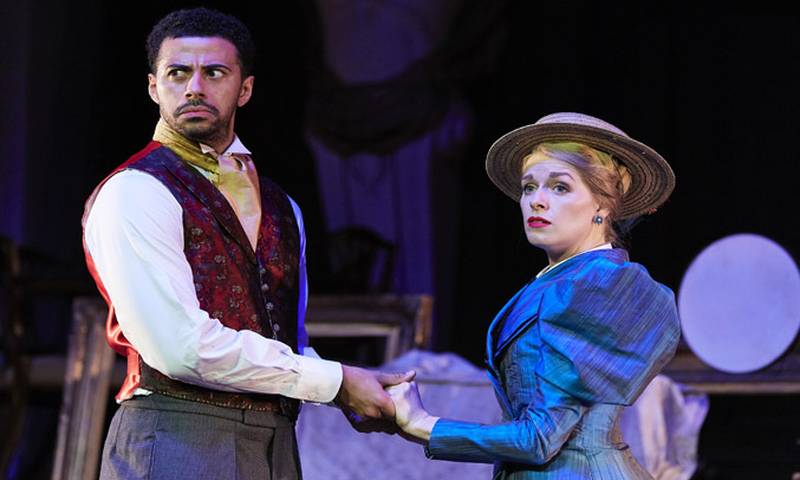 1st August: After an extremely bumpy ride, the performing arts industry was set to reach stage four (socially distanced indoor performances) of the reopening ‘roadmap’ outlined by culture secretary Oliver Dowden on 1st August; we covered the timeline thus far, along with the happier tale of Contact Theatre’s partial reopening following its £6.75 million transformation, here. However stage four, alongside further recreational easing, was then postponed by a fortnight due to rising COVID-19 cases.

11th August:  To highlight the desperate plight of live events and entertainment, Manchester joined in a nationwide 'red alert', as well as hosting a powerful silent protest.

The same week saw a special series of fundraising gigs announced with artists such as Elbow, to be hosted once performances can take place normally. Despite some recent positive milestones for live music and nightlife, including emergency funding for music venues and parity for the clubbing sector in accessing the government's £1.57 billion performing arts recovery fund, live music - as with comedy and theatre, plus festivals and other events - remains in a dangerous limbo.

15th August: Socially distanced indoor performances and the reopening of most remaining leisure settings - including bowling alleys, skating rinks, casinos and soft play centres; plus all close-contact services and piloted events in sports and conference centres - were finally given the go-ahead nationally. In Greater Manchester, however, this green light won't apply until local lockdown is lifted.

20th August: Bolton Octagon announced its (hopeful) partial reopening, the same day we published a roundup of attractions due to open in 2021 and beyond, as well as highlighting the other courageous and creative openings to brave 2020.

Update 8th September: All of Greater Manchester today caught up to the national reopenings of 15th August, including stage four of the performing arts reopening roadmap - except Bolton, whose COVID-19 cases have risen.

Update 3rd October: Bolton was brought in line with the rest of the region.

Or check out our 2015 profile of the Octagon here