Award-winning Yorkshire brewer is launching a crowdfund to feed expansion

BUNDOBUST may soon have a rival for ‘Best Manc import from Leeds’. Acclaimed Tyke brewers Northern Monk are considering launching a bar in the city as part of ambitious crowd-funded expansion plans.

Of course, their loyal public will have to keep the faith and help them raise the necessary £500,000 plus for plans which include tripling capacity, installing a new packaging line and expanding their wild beer and barrel-ageing program.

All very exciting for a brewery numbered among the World’s Top 100 by RateBeer, but what grabs us is the expected battle between Manchester and London as preferred location for a follow-up to the Refectory Tap Room (pictured above) at their Flax Store HQ in Holbeck.

Their first round of investment, Northern Rising, launches on Monday 26 February. 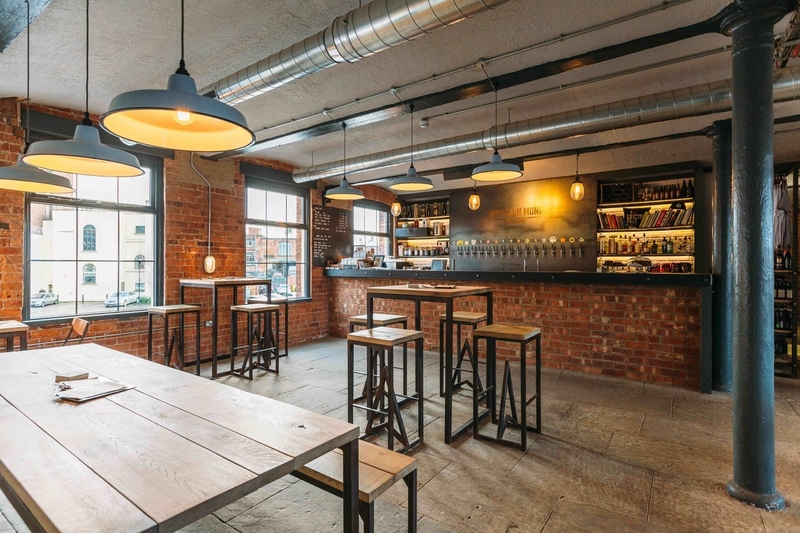 It’s a huge step for a company that started in a parents’ cellar in 2013 with just £5,000. In 2014, they renovated the Grade II listed Old Flax Store, and with just three full time staff members and three brewing vessels, they began making beer in their new home and opening their Refectory tap room there.

Fast forward to 2018 and they have 30 members of staff, have sold their beer to 22 countries (including USA, New Zealand and Japan) and have effectively doubled turnover each year for the past three years. This year they are on track to brew more than three million pints.

This Thursday 1 March in the Northern Quarter there’s your chance to see what all the Monkish fuss is about. In a mass tap takeover of Kosmonaut on Tariff Street, Northern Monk head a quartet of the UK’s craftiest; other brews are from Wylam (Newcastle), DEYA (Cheltenham) and Verdant (Falmouth).