New Year's Eve 2018 in Manchester: where to eat, drink and dance 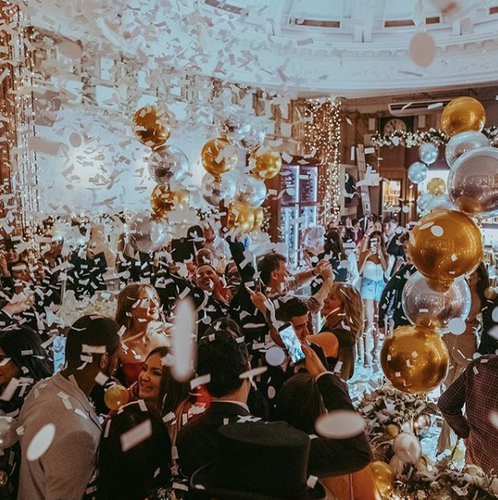 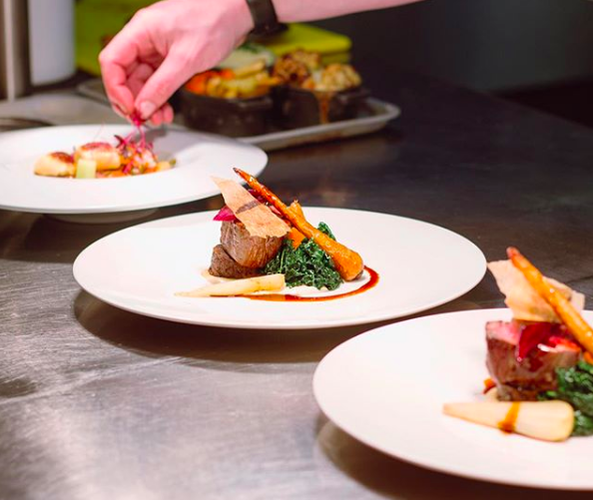 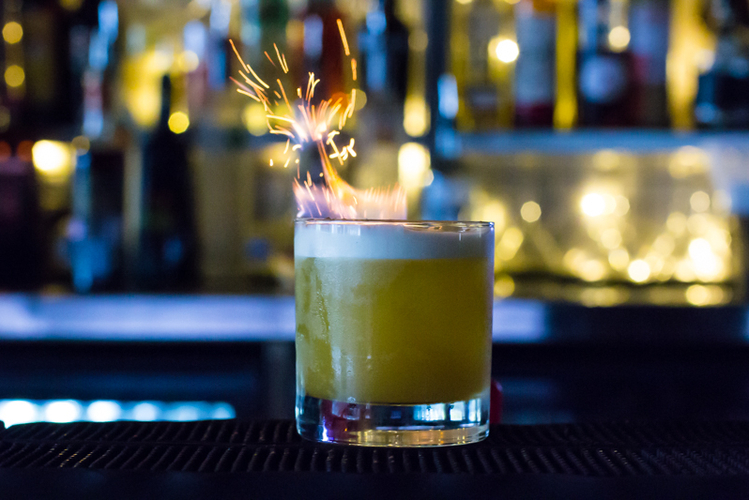 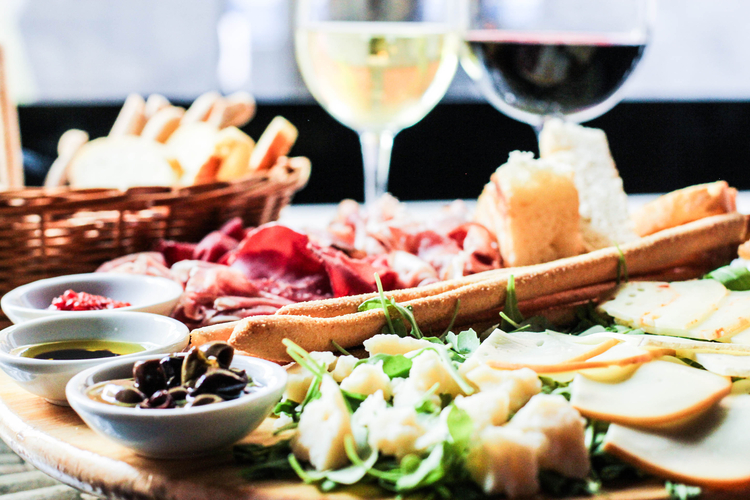 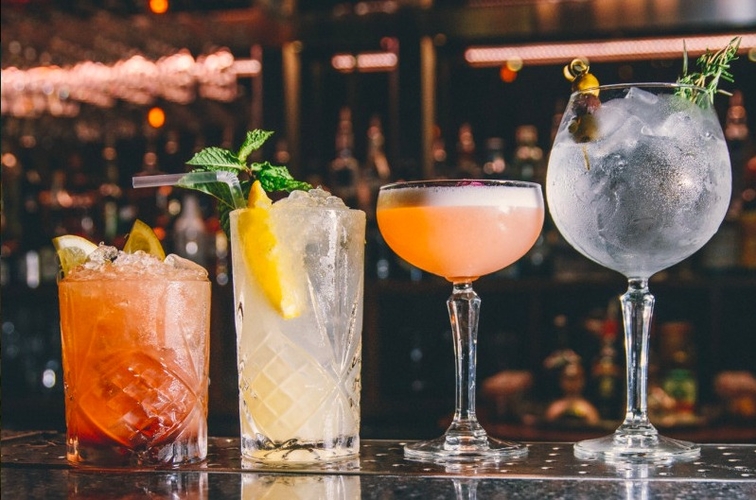 Still undecided? Here are 25 big nights out for the biggest night of the year

THERE'S still time to plan a NYE to remember (or vaguely remember in a blurry, hungover fog). At the time of publishing, all the options below have tickets or tables available, or are free entry. From comedy to club nights to fine-dining gala dinners, we've brought together the best ways to bring in 2019 in Manchester.

And don't forget the big-screen countdown and fireworks in Albert Square at midnight. (It's tradition, isn't it?)

Non-stop power ballads for you to sing and dance the night away to, with belt-em-out anthems from Bon Jovi, Whitney, Prince and many more. (9pm-3am, from £20).

Alongside Craig Charles and Funk and Soul Club resident DJs Jamie Groovement and Jonny Shire, they've got a full stomping live show from Band on the Wall favourite, the Haggis Horns. (9pm-3am, from £15).

A night of the finest D.I.S.C.O vibrations from the one and only Horse Meat Disco. Leave your preconceptions at the door and let loose at Gorilla. (From £12.50).

Enlist in the Boon Army for the very best in indie anthems and Manchester classics. Expect Oasis, Stone Roses, Courteeners, Arctic Monkeys and more. (11pm-3am, from £8).

Homoelectric will be taking over The Pink Room and the Basement with disco, house and techno from the likes of Will Tramp! and Blasha & Allatt. Advance tickets are sold out but there'll be some available on the door on the night. First come, first served from 10pm.

One for those who want some Italian-style glamour on their NYE. They've created a four-course set menu including a glass of prosecco to start and a digestivo cocktail to end, with the option to pre-order champagne for midnight. (Set menu from 6.30pm, £59.50).

Seven-course gourmet menu from their head chef including £25 worth of wine at no extra cost. Creating a whimsical NYE celebration starting with a snack of Leftover Christmas dinner and ending on Banana split and Passion fruit white chocolate (£95).

A luxurious four-course fine-dining menu with a midnight glass of champagne to toast the New Year while watching the fireworks. Then dance the night away with their resident DJ. (From 7pm, £145).

Three tempting options here with a party including bubbly, dinner, casino and live entertainment (£45). There's also NYE in Vega Lounge with DJs till 6am (free) and New Year's Eve in James Martin with an early evening dinner (seated between 5pm-6pm, £40) and a lavish main dinner (from 7pm, £65).

Head to Manchester's best-dressed restaurant for a glittering New Year's Eve dinner. It's four courses of stunning Italian food with options including lobster and king prawn agnolotti and fillet steak with coffee and bone sauce. £150.

Dress to impress and wrap up 2018 in style with a four-course Gala Dinner in The State Room. Entertainment comes from Old Trafford’s resident singer, Anita Ryan, and former Lord of The Dance fiddler, Richard Sanderson. The resident DJ will take you through the night with party tunes to bring in the New Year. (From 7pm, £95.) Stay over: New Year’s Eve, Bed and Breakfast from £155.

Get your glad-rags on and head to Veeno for an Italian-style NYE with good food, good wine and good company. Their Black Tie Gala features all of the above including their own family-label wine. (£35).

Bring in 2019 with relaxed fine-dining from MasterChef champion Simon Wood. Choose from the seasonal a la carte menu or the tasting menus, with live music throughout the evening and entertainment from the spellbinding magician Dominic Anthony. (Bookings from 12 noon).

Start early with their Bottomless Supper (4pm-8pm, £29.95). Or join them later for NYE Banyan-style with VIP booths and bespoke food and drink packages from £100.

Dusk til Pawn and NoHo

NoHo and Dusk Til Pawn are joining forces for a NYC-style New Year’s Eve with cocktails, dancing and doing away with December in decadent style. The soundtrack will be their strictly old skool funk, 80s and 90s, RnB and hip-hop. (7pm-4am, free entry but get a ticket in advance).

Font is teaming up with alternative night Deadbolt for a huge party to end the year on a high. There'll be drinks deals, beer pong, party games and a soundtrack of punk pop, emo, pop, hip-hop and guilty pleasures. (9pm-2am, free).

It's the first NYE for this just-opened New York themed bar. They're offering various options from a Bottomless Brunch (11am-3pm, £26.95) to a Bottomless Supper Club (4pm-6pm, £34.95) to the main event with live entertainment and a house DJ. (From 6.30pm, guest list tickets for guaranteed entry £5).

DJ Sam Flanagan brings the best beats of the year plus there'll be cocktail giveaways and £15 bottles of prosecco before 10pm. (8pm-2am, free).

Last year's was a sell-out so they're doing it again. 'Come As You Are' features a funk-soul-disco-classics house party from Funkademia in The Public Bar. In the basement, it's a non-stop exotic discotheque from resident DJs and regulars including DJ Paulette. (£15).

Three headline comedians: Phil Nichol, Mick Ferry and one TBA, with MC Kiri Pritchard-McLean. Plus live chimes from Big Ben, confetti canons, Auld Lang Syne sing-a-long with the DJ, and their legendary cheesy disco till 3am. (From 7pm, £39).

New Year's Eve at The Movies at Bridgewater Hall

MTV BASE presents Yungen & More Live at The Ritz

Everything Everything, Tom Grennan and The Blinders headline this massive live music NYE party – the first of its kind from the Kendal Calling festival. (£35).