After the success of the Chester and Altrincham branches, brothers Joe and Ben Wright are poised to fling open the doors of their third tapas bar.

Porta Salford has taken over a former bank on Bexley Square, Chapel Street – only a fifteen minute walk from Manchester city centre. The 65 cover restaurant is similar in size to the Altrincham branch, but includes a bar area where people can sit while awaiting a table during busier times (Porta doesn’t take bookings.)

This ‘holding area’ will serve drinks and a few bar snacks and can be even used as a space for private events. 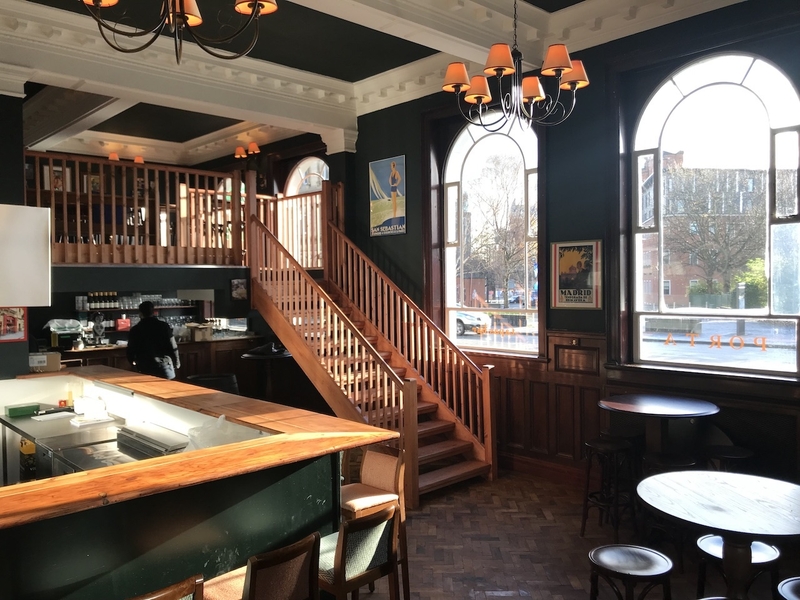 The building’s high ceilings meant that there was room to build a mezzanine level over the bar area, overlooking the kitchen pass. Porta Salford maintains the similarly uncontrived look of the others with dark green walls, reclaimed furniture, cushioned wooden pews and walls lined with framed images taken on research trips to Spain.

“It’s been hard to ‘hold back’ and not finish things to much,” confesses Ben. “We kind of want to capture a ‘been here forever’ look.”

But why did they decide to take a chance on a Salford site rather than opening in Ancoats or the Northern Quarter? “Empty glass boxes with concrete floors on the ground floor of a block of flats aren’t really for us,” Ben told us. “It’s much harder to be inspired or bring character to a new building. We fell in love with this place, and wanted to make it work.”

Cost was also an obvious factor. “This business is just me and Joe,” explained Ben, “there are no other investors other than us, our savings and what we’ve borrowed from the bank. Our small business works through genuine organic growth, so lower rents are an important factor.

“This part of Salford still has to prove itself as a viable location for restaurants and bars, but if you look across the road, every strip of land opposite will be flats in the next year or so.”

The first Porta in Chester opened in 2012, next door to their highly acclaimed bistro Joseph Benjamin, and was inspired by the informality and high quality of Spanish tapas bars in Barcelona and Madrid. A second branch followed in 2016, opposite Altrincham’s bustling Market Hall. 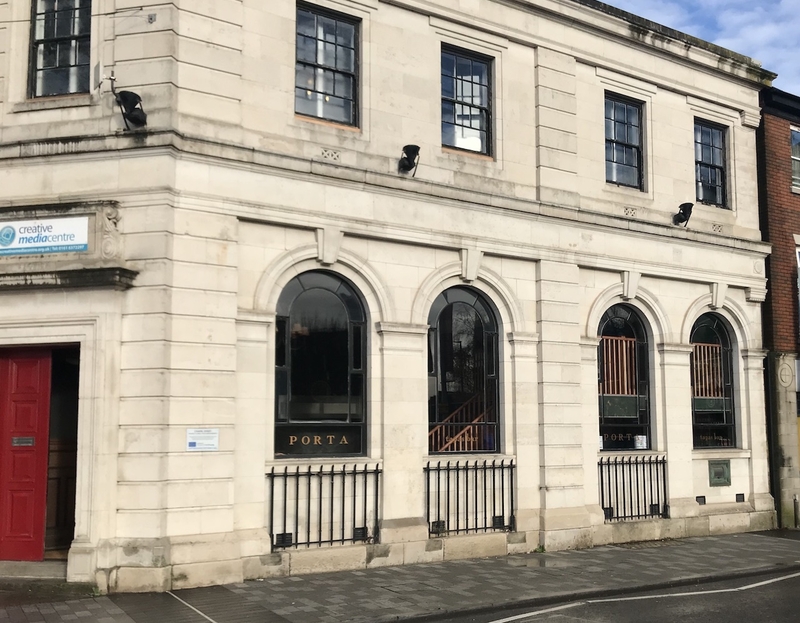 Porta Salford will have the same basic menu as the other branches with firm favourites such as sprouting broccoli with romesco sauce & almonds, and Picos de Europa blue cheese with caramelised walnuts, sultanas and honey but each site will add their own individuality via two or three daily blackboard specials.

Drinks will include a rotating list of good value Spanish wines sourced and imported especially. There will also be a decent range of Cava, sherry and vermouth along with Estrella Galicia beer and local ales from Track Brewery. 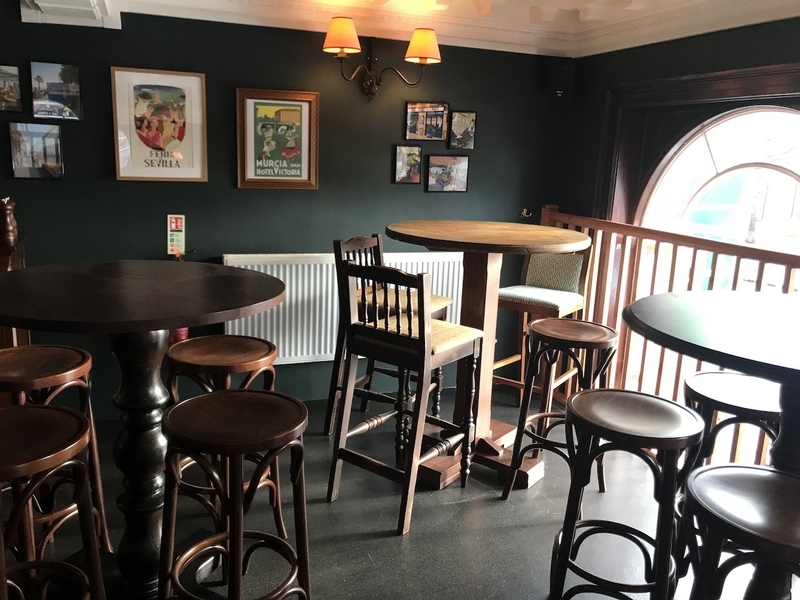