MANCHESTER's on it's way up.

Here at Confidential we like towers... let's raise the city up

Following the news that work has finally begun to construct the city's second tallest tower (125 metres) by the Mancunian Way on River Street, the Council's planning committee are now set to approve plans for another skyscraper at the southern gateway to the city centre.

Designed by 5plus Architects, the new 35 storey tower from Brigantes will comprise 327 apartments, a rooftop garden, a cafe, a gym and a number of 'dinner party rooms' (that's a new one) at 10-12 Whitworth Street West - opposite Deansgate Locks.

The scheme will include the demolition of a vacant, 100-year-old plus three storey warehouse which currently occupies the 1200 square metre site next door to the City Road Inn pub (pictured below).

According to this report, the tower will reach 116 metres at its highest point - just two metres short of Manchester's current second tallest building, the CIS tower (118 metres), and 52 metres short of the city's tallest, Beetham Tower.

The new skyscraper, combined with Beetham and the approved 27-storey Axis Tower (93m) across the junction, has the potential to create a whole new urban profile for the city centre. A cluster of giants, if you will.

Still, not everyone is so enthused.

Ten objections have been lodged by local residents and businesses, these include: complaints about a lack of consultation with residents, an objection from the City Road Inn that an escape route will be blocked, and concern from Sugar Buddah's owner regarding additional noise complaints.

Still, we like towers at Confidential, especially those with such a clean, International Modern design as this. Let's raise the city up; St John's, Greengate, River Street, Trinity Islands, Angel Gardens, Great Jackson Street... get 'em built.

A decision will be made during the Council's Planning and Highways Committee on Thursday 12 November.

Elsewhere, the planning committee are also expected to give the go-ahead to two new blocks at NOMA, 2 and 3 Angel Square; a 116-bed easyHotel in Northern Quarter; alongside plans for Peel's controversial 164-apartment Pomona Wharf scheme. 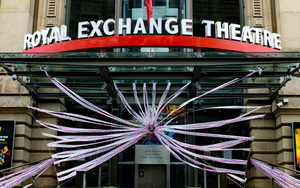