This time it's posh kebabs, Salford tapas and social darts

New bars and restaurants continue to tumble into Manchester at such an unbelievable rate, we struggled to narrow this list down to fourteen. Some award-winning places are on the move, some much-loved venues are expanding and some restaurants are entirely new.

After a £10 million investment from Daniel Johns Group, the newly refurbished ex-Chesters Hotel in Stretford has a new Asian restaurant and bar. Chefs will take culinary inspiration from traditional Pakistani, Indian and Bangladeshi cuisines combined with Western influences. 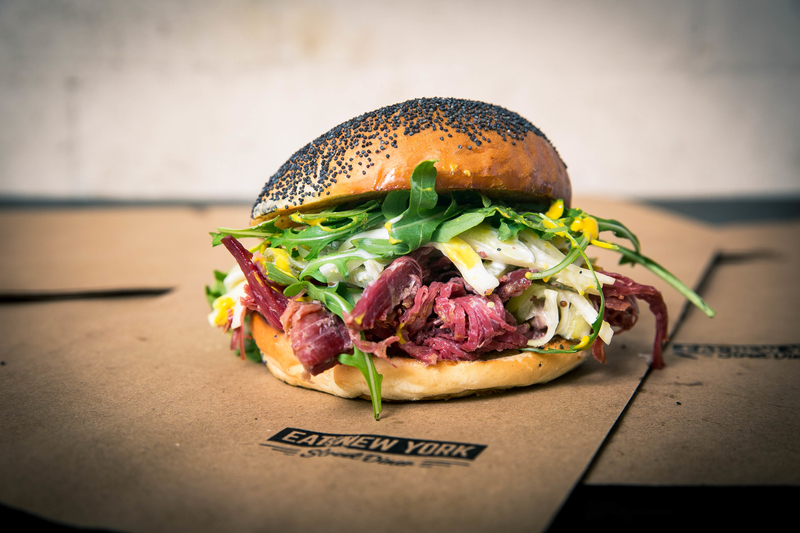 The Northern Quarter bagel boys will be taking over the kitchens of Chorlton Green (formerly Chorlton Green Brasserie) on Beech Road following a facelift. The menu will be "almost exactly the same" as the menu at their Northern Quarter branch - known for its fourteen day salt-cured American brisket, dipped in house rub and smoked for fifteen hours. They’re also looking to ramp up their non-meat options, such as Bagel Ganoush with tempura aubergine, chipotle, tomato sauce, smoked baba ganoush and onion. Eat New York's menu will be supported by a robust selection of craft beer, wine and cocktails. 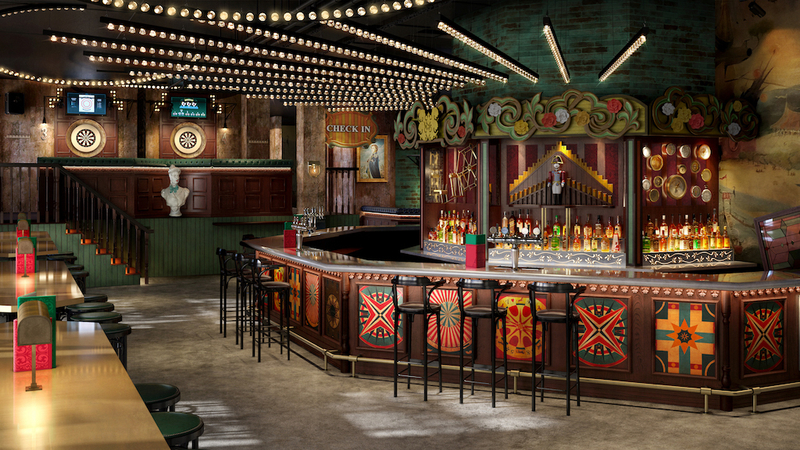 The folk behind Manchester’s new ‘social darts’ experience claim to have reinvented darts for the twenty first century. So there’ll be no middle age men with D-shaped beer bellies trying to hit a dartboard through a haze of Benson & Hedges. Instead, expect fast-paced multiplayer games, ground breaking dart-tracking technology, instant scoring and a slick and intuitive user interface along with a cocktail bar and a range of snacks and sharing plates. Stockport’s award winning vegan fine dining restaurant closed at the end of September so chef owner Matt Nutter and team could prepare for the move into Manchester city centre. The new Lloyd Street site is much bigger than the Vernon Street restaurant, so there will be room for an additional 45-cover bar area serving small vegan sharing platters along with a selection of vegan craft beer and wine. The restaurant, recently named ‘Best Vegetarian Restaurant in the UK’ by The Times, will still be serving multi-course course plant-based and gluten-free tasting menus using seasonal, local and sustainable ingredients.

Founded by some of the team behind Don Giovanni and entrepreneur Ahmed Fathalla, Karam (which means ‘generosity’ in Arabic) claims to be ‘the most authentic Lebanese dining experience the North West has ever seen’. It plans to combine spices sourced in the Middle East with Cheshire’s freshest local produce, to deliver a luxury Lebanese dining experience. Everything from the furniture to silverware to the handmade serving bowls will come directly from Middle Eastern suppliers. Karam’s menu has been developed by renowned chef, Mohamed Aqeed, who has consulted on the menus for some of London’s finest hotels, including Mayfair’s Alhambra, Alsultan and Mamonia, and has even worked for the Saudi Royal family. 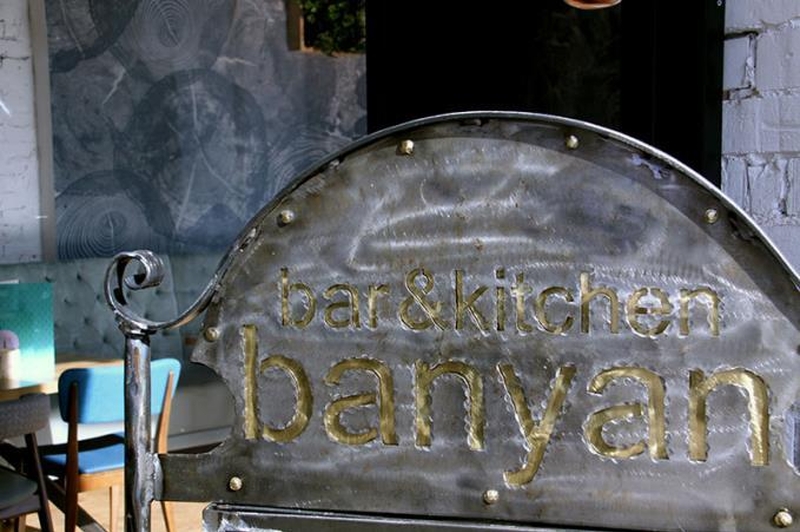 One of the Corn Exchange's most popular venues, since it opened in October 2015, Banyan is an all-singing, all-dancing day and night venue serving everything from brunch to cocktails and all the stuff in between. Opening on Spinningfields' Hardman Square at the end of October, the city centre's second Banyan is likely to offer the same stylish interiors and buzzy atmosphere. 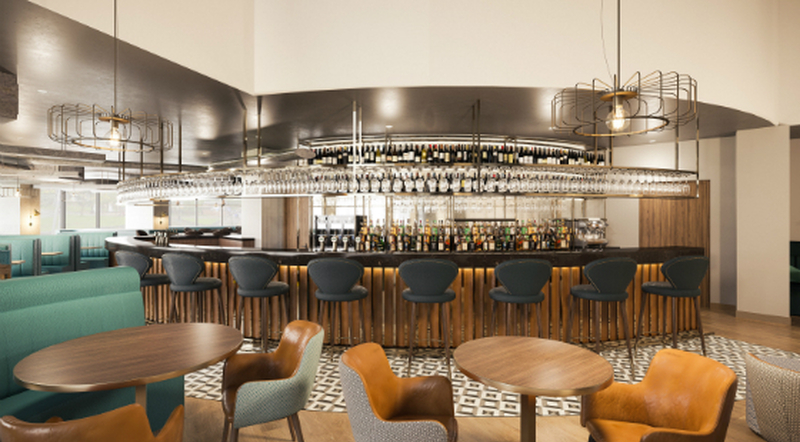 Where: Hotel Indigo Manchester next to Victoria Station

Mamucium will be a fine dining restaurant, bar and cafe serving “classic, locally sourced food” with a particular focus on traditional Northern dishes. The kitchen will be headed up by Andrew Green - previously in charge of the Lowry Hotel’s River Restaurant. The interior of the new 120-seater restaurant has been designed by 3DReid and described as a “luxurious setting with Art Deco influences”. 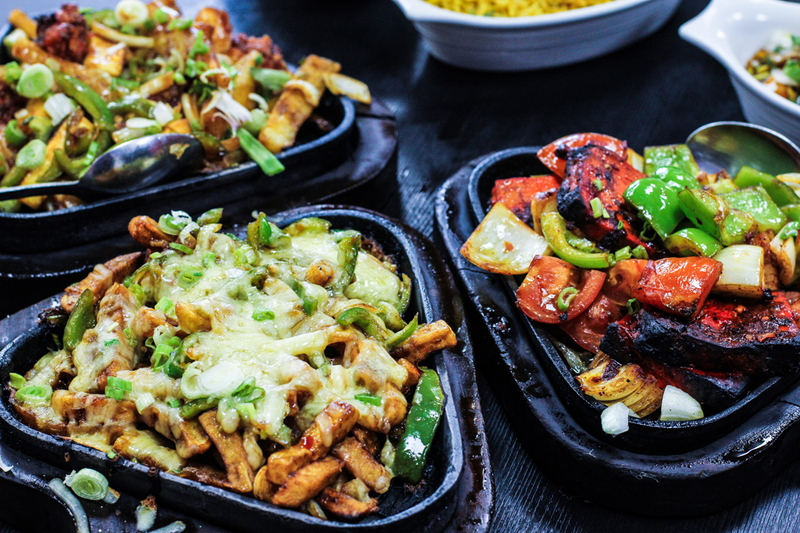 The winners of this year’s Manchester Food and Drink Festival’s Best Vegetarian restaurant award are on the move – but don’t worry, they’re not going far. The family owned vegetarian Indian restaurant and sweet shop is be moving to slightly larger premises down the road from their original place in Ashton. Expect the same home made paneer and vegetable curries, giant crispy dhosas and Indo-Chinese sizzling platters. 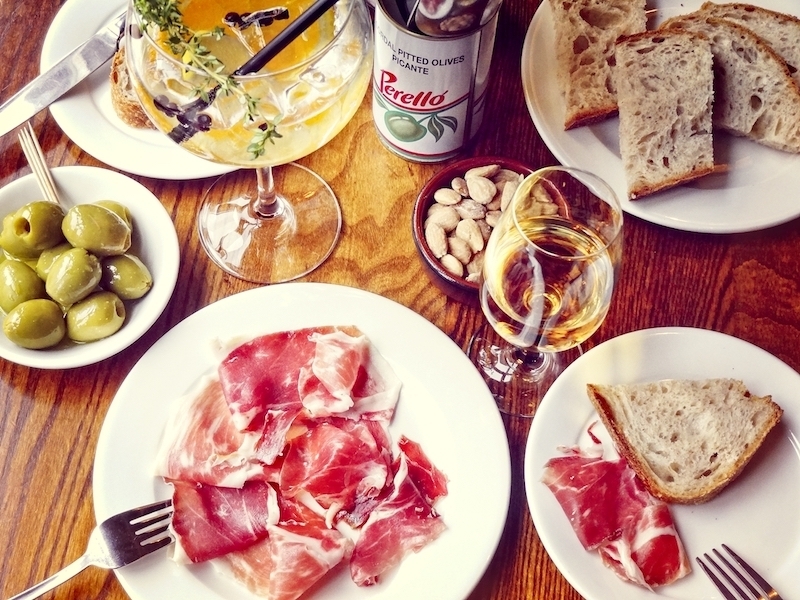 After the success of their restaurants in Chester and Altrincham, siblings Ben and Joe Wright have revealed an opening date for the third branch of their multi award-winning tapas bar. Porta encompasses the laid-back atmosphere of Spanish tapas bars in Barcelona and Madrid thanks to bar stools, casual tables with a no bookings policy, classic tapas dishes, and a wide range of specially selected Spanish wines, Cava, beers and sherries. The new branch will take over a former bank on Bexley Square, Chapel Street. 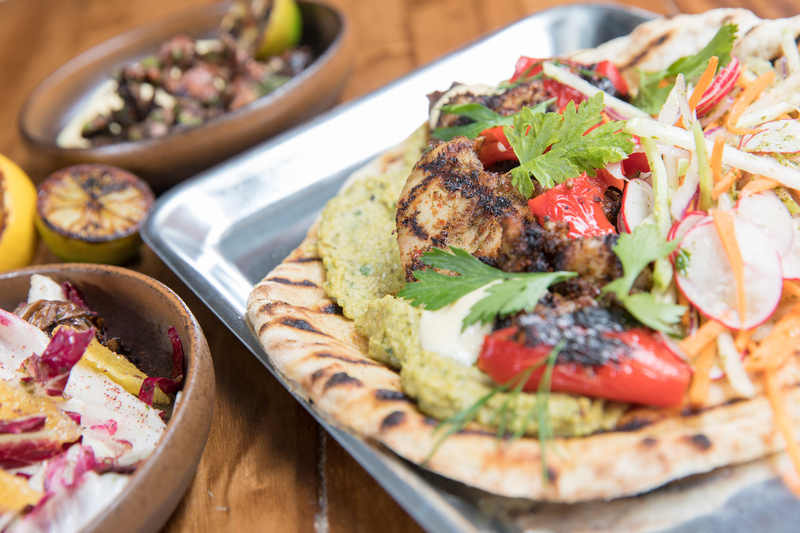 The team behind Northern Quarter original Pen & Pencil have been working on this new place for ages, and it looks like it will finally be ready to open before Christmas. Bab will be a 60-cover restaurant on the ground floor, specialising in kebabs; fresh flatbreads made on site with various toppings. Downstairs in the basement will be Berlin-themed The Honey Trap Club, a party bar with a focus on music and cocktails, open until 3am, on Friday and Saturdays. Panacea bar founder Joe Akka is behind Ancoats’ new independent all-day 62-cover bar and restaurant. The Counter House menu will be all encompassing, offering both health-led dishes alongside comfort food and ‘established classics’. When: by the end of Nov

The award-winning street food stalwarts have hit a few bumps on the way to opening their first bricks and mortar venue, but things are back on track on Blossom Street. The Hip Hop Chip Shop, who won the Best Mobile Fish and Chip Operator Award at the 2017 National Fish & Chip Awards, plan to open by the end of November. Co-owner, Jonathan “Ozzie” Oswald, said earlier this year: “We’re going to create a relaxed dining experience with proper comfort food, tasty drink selection, live music, great artwork and top-notch service. We’ve grafted so hard to build this business from scratch, but our own restaurant was the dangling carrot to keep us going. We just want to show the world what we are made of and can’t wait to get going in Ancoats.” 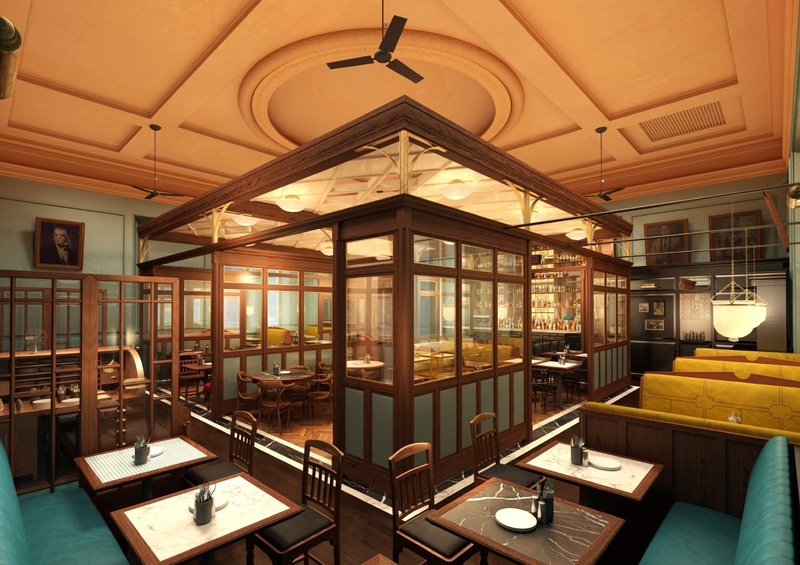 Recently voted top of the Top 100 places to eat in the UK, this award-winning self-styled Bombay canteen has had (most) critics swooning since it first opened on London’s Covent Garden in 2010. Now four restaurants strong, Dishoom founders Shamil and Kavi Thakrar are all set to move into the recently renovated Manchester Hall on Bridge Street. Where: The Pavilion, Spinningfields

When: soon (but then the first application said Winter 2017)

This one has been coming awhile, but here we go again. As part of a new Ivy Collection - which the famous London restaurant plans to roll out in cities across the UK - the celebrity hotspot is all set to open a Manchester offshoot in Spinningfields' new 'Pavilion' building. Though it’s not going to be easy replicating a century of glamour, The Ivy Collection does already encompass a few offshoots in the form of Ivy Grills, Brasseries and Cafés located in smart pockets of London, offering modern British dishes with a nod to their Ivy heritage.