January's almost over but we're barely into 2020 and it's already been a pretty bad one for restaurant closures (read here and here). But when one door closes, it has a funny old habit of re-opening.

From trendy coffee shops multiplying like triffids to a uniquely located bar in a historic mill in the hills and celebrity endorsed Thai food, here are eight new places to help brighten up these long, grey months. 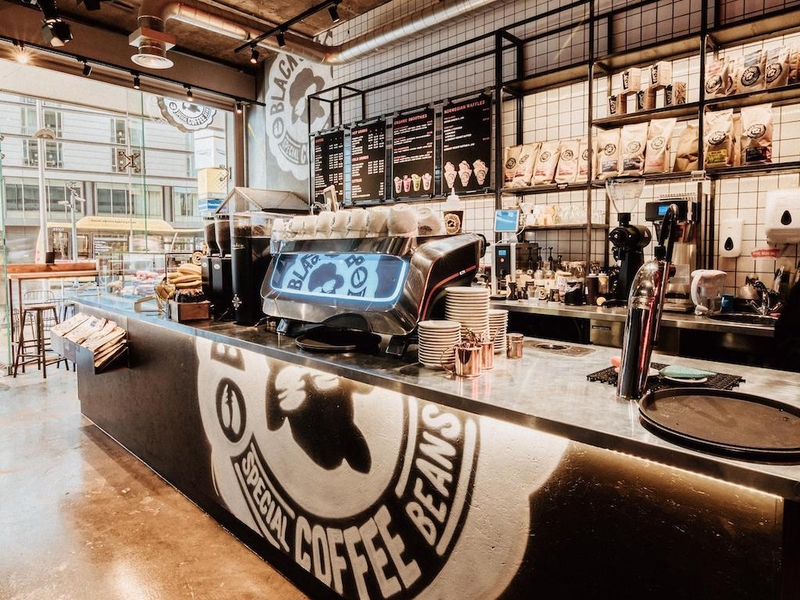 With over 30 sites in the UK including three here in Manchester, specialist ‘independent’ coffee shop Black Sheep Coffee have opened a fourth Manc site on Piccadilly approach just a trot away from another of their sites at Piccadilly Place. They will not simply sell coffee - I mean, how could they? - but there's a baa too, with masterclasses in shaking up your own cocktails. Another perk of the brand is their app which allows you to pre-order your coffee in advance, perfect for busy city folk with a time-is-money approach.

It’s hard to stand out from the rest of the coffee shop herd these days and Londoners Gabriel Shohet and Eirik Holth, co-founders of BSC reckon they do this by providing ‘unique beans’, sustainability initiatives and a free coffee board. Their Robusta coffee apparently has ‘double the amount of caffeine’ and this will be accompanied by four different types of specialty grade bean including the limited-edition Brazilian Bossa Nova which has ‘notes of chocolate, fig, dark rum and vanilla’. If you’re kicking the caffeine for something more nutritious, there’s also a turmeric latte made with oat milk and juiced turmeric root. 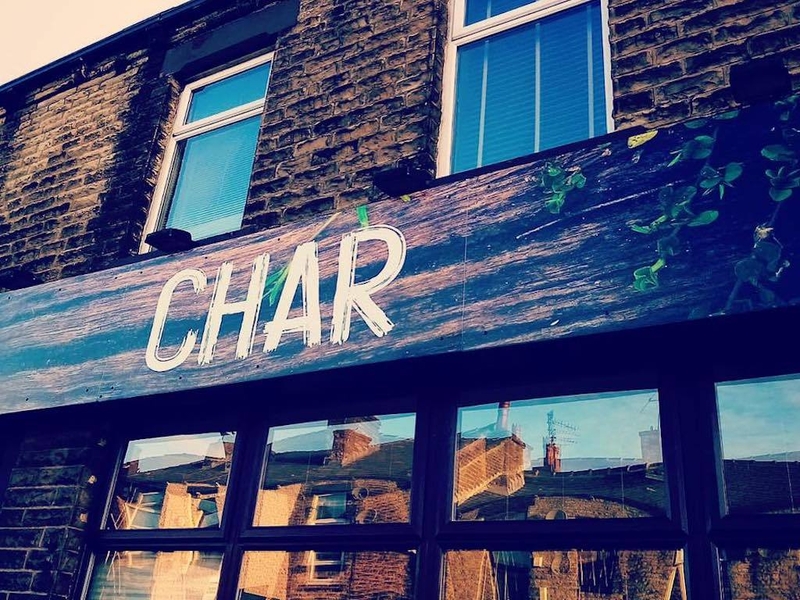 Known for eight years as The Italian Job, this neighbourhood restaurant has undergone a full refurbishment, complete menu overhaul and has a new name. Gone are the classic Italian dishes of yore, Char Steakhouse will focus - aptly - on a char-grill. Steaks will take centre stage with a supporting cast of seafood, chicken and veggie options like chargrilled cauli steak.

There are small plates too, think popcorn chicken with sriracha mayo, goats cheese bonbons with onion marmalade or halloumi fries. On Saturdays there will be a bottomless lunch for £30 with a starter, a main course and 90 minutes of unlimited drinks including cocktails, beer, wine and Prosecco. 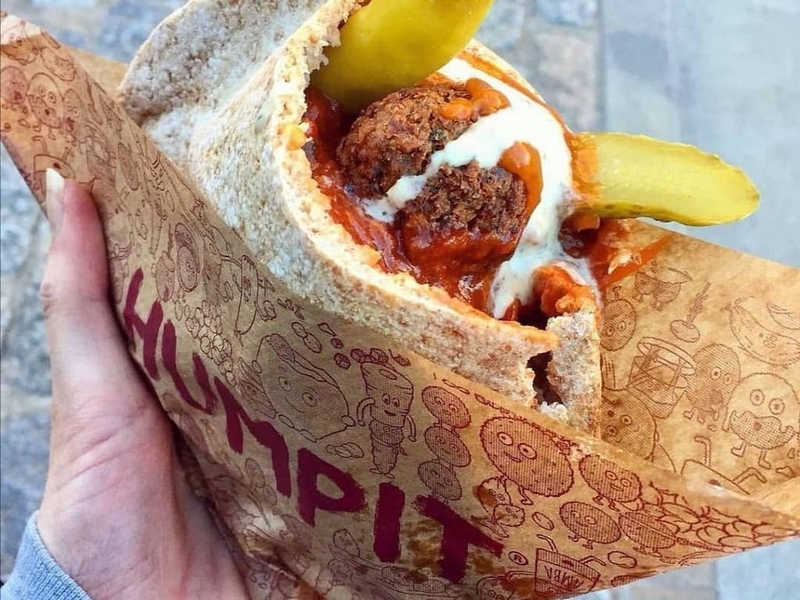 Despite having perhaps the least appetising name in the history of food outlets - managing to evoke randy dogs, offensive odours and armpits in one neat package - Yorkshire-based start-up success story Humpit is very popular indeed. With over ten stores in places like Leeds, Edinburgh and Brighton, the Brown Street Manchester branch is its second in the city, but unless you’re a student, their first - in University Union - might have passed you by.

In case you didn’t work it out from the portmanteau, the key ingredients here are hummus and pitta - ahhhhh! The menu is simple with stuffed pittas and falafel, shakshuka, hummus bowls and an imaginative, hearty selection of salads accompanied by simple, healthy sides. Last year they even launched a hummus shake, yep. 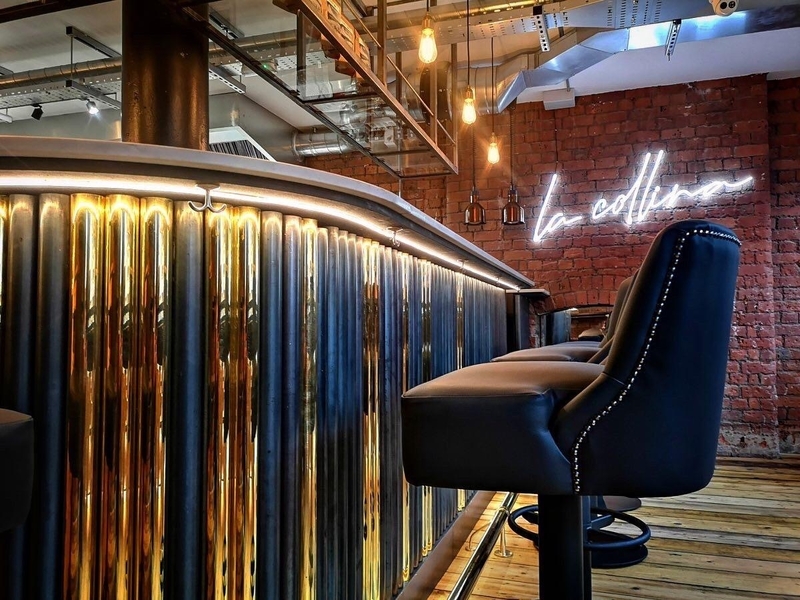 With a no-expense-spared fit out, 'premium' is the buzz word with this one. Bringing EVOO imported from olive farms (including his own) in Italy, Russell Verity is aiming to bring some Tuscan sunshine into the lives of the office workers of the Northern Quarter with new coffee and wine bar La Collina. Expect authentic Tuscan style sandwiches using premium ingredients, premium coffee, and premium wine from the latest NQ newcomer.

The signature sandwiches are made using schiacciata, a Tuscan bread similar to focaccia. Schiacciata is used right across the menu, from scrambled egg on toast from early in the morning, through to the sharing platters in the evening. The coffee is ground-to-order and the beans were roasted less than two weeks prior - it doesn’t get fresher than that. There's also wine and bubbly and beer on tap from Seven Bro7hers. 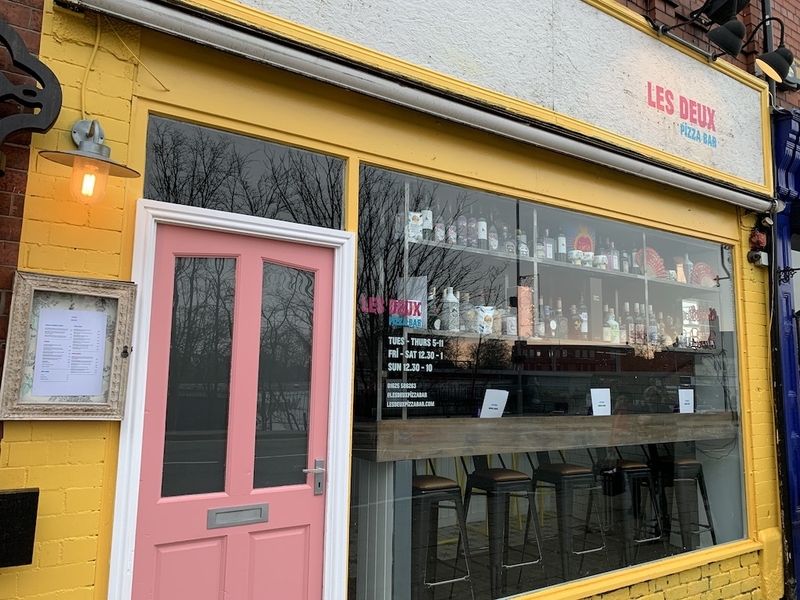 Last November there was a huge buzz around Mughli’s one-week-only collaboration with Honest Crust at Mackie Mayor, maybe they picked up a tip or two about dough slinging? Les Deux, which opened in December, is a cute, colourful pizza and cocktail restaurant from Mathieu Everson and Sax Arshad - the team behind Mughli, Evelyn’s and The Daisy. While there’s a casual vibe to this pizzeria, the menu packs a right punch with inspiration from Mathieu’s Corsican heritage which in turn takes culinary influence from the spices and marinades of Moroccan food.

He says: “From our travels and background we’ve drawn up a menu with global influence to suit all tastes. We have a range of classics but then also a global section, which includes options like wagyu beef salami, crème fraiche and salsa verde, peach and lavender with speck to sticky beef and truffle.”

Every last Friday of the month they ramp things up a bit with a guest DJ spinning disco, house music, lively 80s tunes and hip hop. 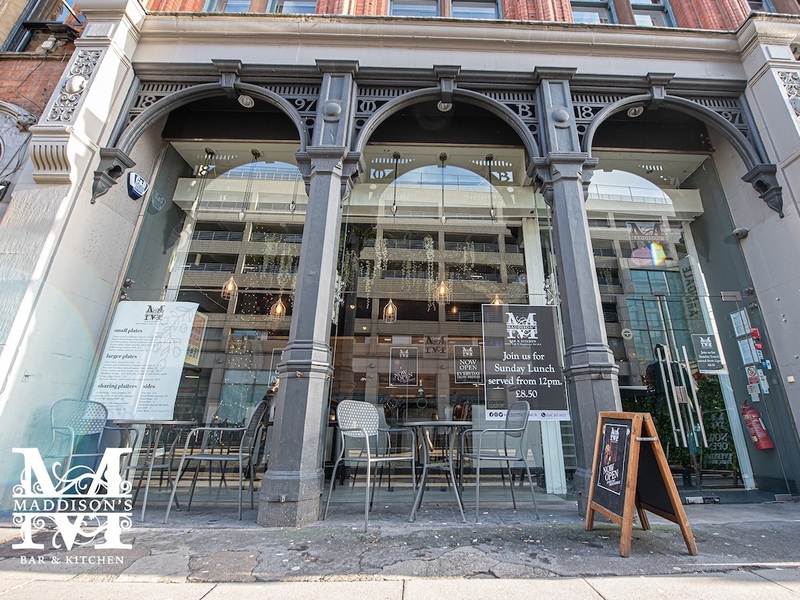 Maddison’s Bar & Kitchen quietly moved into the space vacated by the very short-lived George’s Bar & Kitchen on High Street in early December. It’s a prime spot for passing trade, opposite the Arndale market, but not the most glamorous stretch of pavement in Manchester. Maddison’s are aiming to up the glamour though, bringing in lots of polished wood, colourful, leather Chesterfield sofas and twinkly lights.

There is a well-stocked bar serving crowd-pleasing cocktails and a menu of small plates, larger plates and, you guessed it, sharing platters. Dishes including the likes of black garlic prawns with pickled cucumber, olive crumb & rye crostini, beef brisket, bone marrow, turnips and heritage carrots and fish n chips are all 50% off for January. 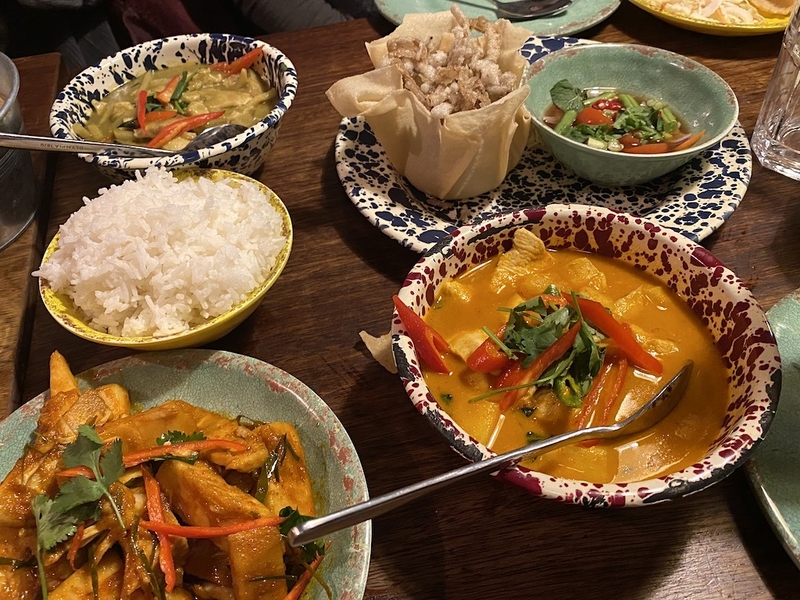 When: End of February

Moving into the long empty space vacated by Handmade Burger Co. and sharing a building with Hawksmoor, Rosa's Thai Cafe has been teasing its Manchester opening for what feels like a really long Thai-m. But the wait is almost over as this London based celebrity favourite (Russell Brand, Kiera Knightley and the cast of GoT are some of the regulars) is set to open on Deansgate at the end of Feb. 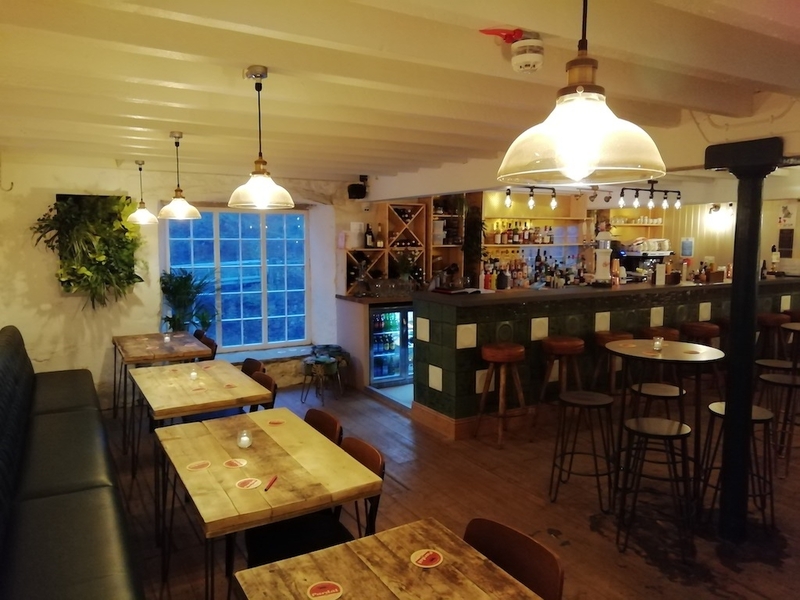 What: The Shrub Club

This inclusive, dog and walker friendly, community focused bar is in a unique location inside the historic Torr Vale Mill, a Grade II listed former cotton mill which was the longest continuous working mill in the UK and now houses a variety of different businesses and venues. The Shrub Club had its soft opening just before Xmas and is developing its offering as we speak.

The interior design takes full advantage of its mill surroundings, all whitewashed brick and wooden floors with contrasting modern light fixtures, leafy plants and a green-tiled bar. A lot of love has gone into the place from the local team. There is already a developing programme of live music and events, a cocktail menu with classics and new creations, and locally brewed Torrside beer on keg and cask.