WHAT a curious merry-go-round the St Michael’s scheme has become.

You might remember that one - the mixed development between Deansgate and Southmill Street that caused a big fuss in 2016/17. We covered it lots on Confidential, indeed we led the debate at times, but lately it’s all gone quiet.

Among several aspects of the tortuous process there was one that stood out. Led by ex-United and England footballer Gary Neville, the consortium behind the scheme performed something unimaginable in Manchester’s recent developer-led building boom; they completely changed their minds and plans after an articulate howl of rage.

Hodder+Partners have been retained as ‘design guardians’, whatever that means...

The original architects for the site, the prestigious London-based MAKE, planned mass destruction of any existing properties to be replaced by a pair of dark tombstone-like edifices of great height and greater morbidity and all very close to the Town Hall and Central Library.

Nobody liked them. Petitions were called, heritage reports shaken in the air and the ideas from MAKE were ditched, as Neville, in particular, realised that maybe the angry masses had a point.

So, in came Hodder+Partners who devised a happier scheme with a single shimmering bronze 40-storey tower located as far as possible from the Town Hall. It also retained the handsome 1920s former Police Station façade and also the two-hundred-plus-year-old pub, the Sir Ralph Abercromby. There was to be a cute new square and a raised garden on a roof.

Despite the changes the scheme had its detractors, but the deal and planning seemed settled when it was approved by Secretary of State James Brokenshire in 2018.

One surprise, here, is that James Brokenshire has yet to resign from the cabinet over Brexit (although give it 24 hours), the second is that a developer actually listened to complaints in the first place. At Confidential we praised Neville for showing such a conciliatory spirit, and Hodder+Partners for coming up with a handsome and stirring design.

Now the merry-go-round has turned again. With a new contractor in place, Laing O’Rourke, a new and very, very famous international architectural practice has been drafted in, Skidmore, Owings & Merrill.

Hodder+Partners has been retained as ‘design guardians’, whatever that means. Stephen Hodder, founding partner, is recorded as saying that it will be his role to ensure the scheme is delivered as per the planning permission that was granted. 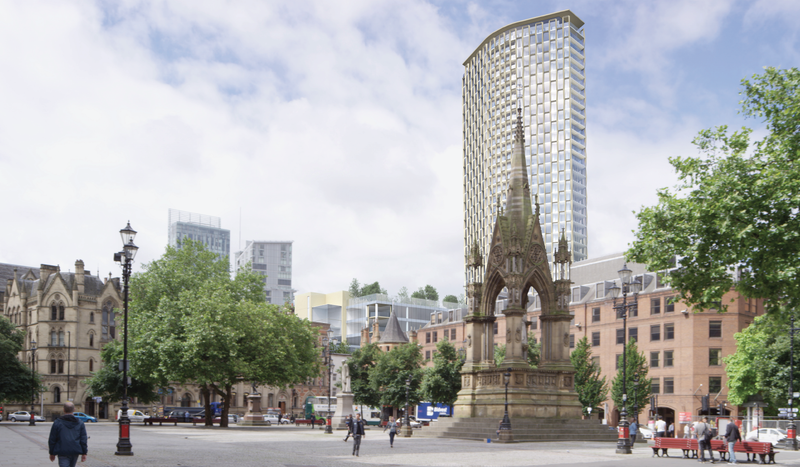 Skidmore, Owings & Merrill is an internationally stellar practice with perhaps the longest global pedigree in constructing tall buildings. The company was founded in 1936 in Chicago and is now a global presence with a big Manchester connection.

In recent years it’s been responsible for massive and bombastic projects such as the Burj Khalifa in Dubai and One World Trade Centre in New York. Many of their earlier buildings are landmarks of modern architect including Sears Tower, Chicago (1973) and the Inland Steel Building, also in Chicago (1957).

It’s with the latter that Manchester comes in, so let’s take a trip to Miller Street. The CIS Tower was officially opened in 1962 by the Duke of Edinburgh, and for a time was the tallest office block in Northern Europe at 122m (400ft). Grade II-listed, it’s a beauty to this day, as fresh in profile as the day it was completed. 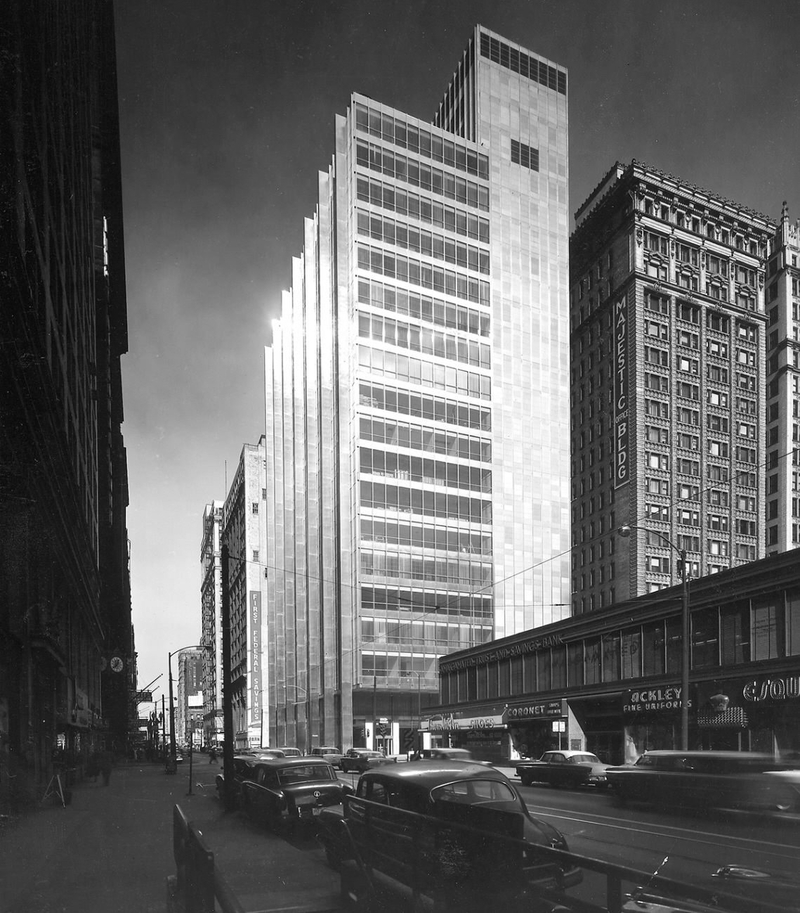 The brief from the Cooperative Insurance Society was for an office block that could compete with the best in London or New York whilst providing the city with a building that pointed to the future. The architects were GS Hay of the CWS and Gordon Tait of Sir John Burnet, Tait and Partners. They took a design from Chicago of the Inland Steel Building by Skidmore, Owings and Merrill and filled the brief exactly.

The merry-go-round of architecture has turned again and now the architectural firm who inspired Manchester’s first skyscraper is going to work on Manchester’s latest one, this time directly. The question is this: How far, within current planning consent, can they take the designs in a new direction for chapter three of St Michael’s?

More to the point, are we going to have to expect another big row and years of argument?