Capacity increased to 60,000 due to overwhelming demand

The Great Run Company have revealed that more people than ever from Greater Manchester have entered the draw for a place in the Great North Run with entries up by almost 30%.

Organisers are now suggesting Mancunians ‘do the double’ by running the Great Manchester 10k run in May, using it as their halfway target in their training for the world’s largest half marathon in September – The Great North Run.

In response to a demand from both individuals and charities looking to secure places for fundraisers, organisers have revealed that they have been working with partners to increase the number of places available and this year, there will be a record 60,000 runners on the starting line.

Paul Foster, Chief Executive of The Great Run Company, explained: ‘This is already the world’s biggest half marathon, but the demand we’ve seen this year has been amazing. We’re pleased that we’re able to accommodate a few more runners and take our entries to 60,000. It’s shaping up to be an exciting weekend, with new experiences and entertainment and with so many people entering the draw for places this year, we want as many people as possible from Greater Manchester to get in on the action.’ 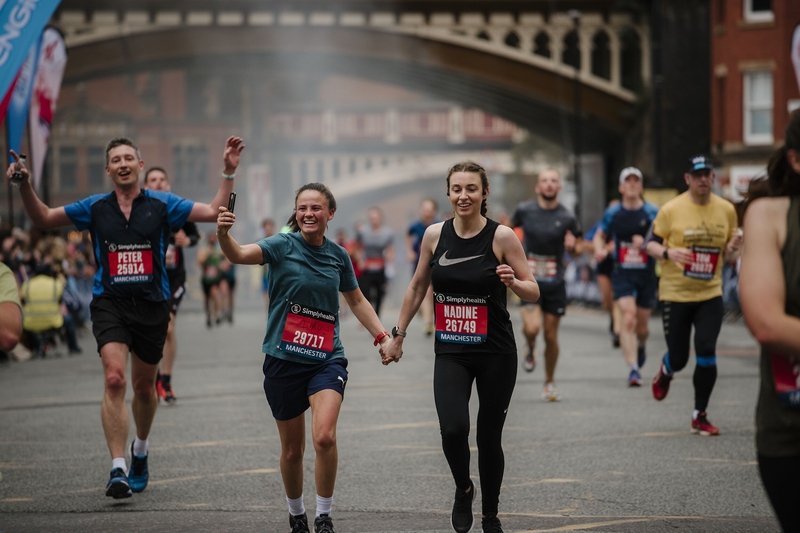 ‘We’re grateful to all our partners – the councils, police, NHS trusts, medical providers, fire brigade and Nexus – who have worked with us to ensure we can accommodate more runners, while making sure they have a happy and safe experience.’

Nell McAndrew is a great supporter of the event and a regular on the start line. Talking about what the Great North Run means to her, Nell explained, ‘The Great North Run is all about the people, giving everyone a chance to shine, to feel proud of our achievements and to improve our health and well-being.’

Nell has already announced her intention to run in this year’s landmark 40th staging of the Great North Run.

The Great Manchester Run, the younger sibling of the iconic Great North Run, is heading for its 17th anniversary this year on Sunday 24 May. Starting in the heart of the city on Portland Street, the Great Manchester Run takes participants on an entertainment-packed running journey, with roaring crowds cheering runners on every step of the way to the finish line in Deansgate.