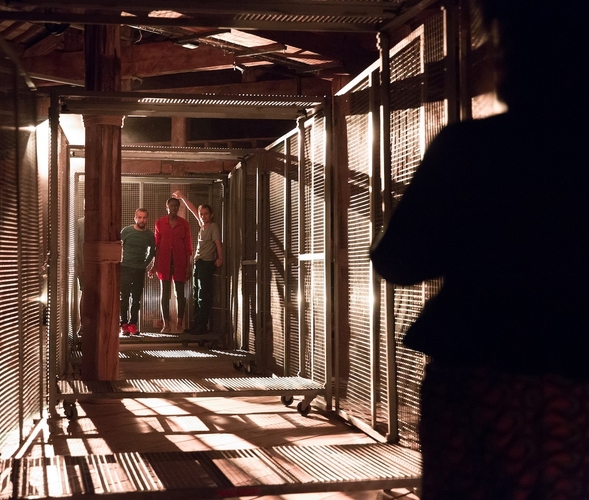 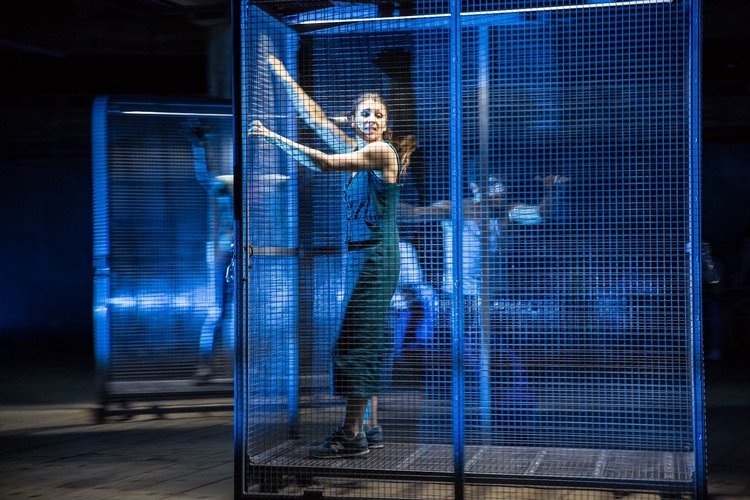 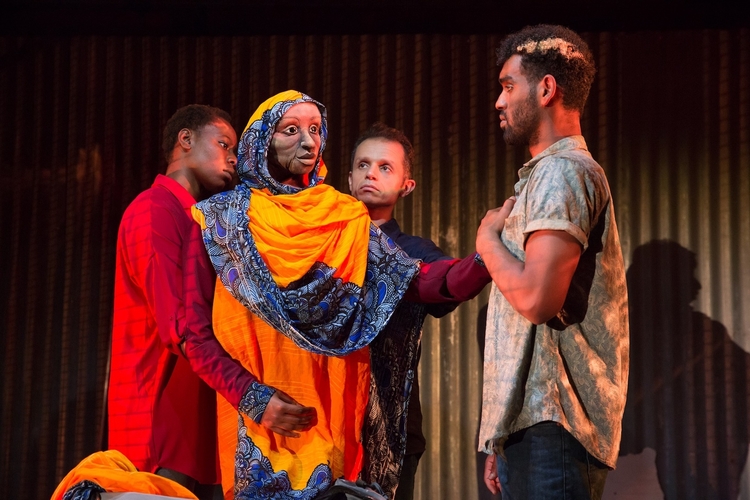 One of the best things I’ve seen at MIF is also one that is in danger of being overlooked unless you’ve got kids to entertain. But I reckon The Welcoming Party should be on the adults’ to-do list as well. The Welcoming Party in question is both the group of actors who act, dance and puppeteer their way around Museum of Science and Industry’s 1830 Warehouse, and the upbeat happy vibe they are trying to produce as they wait, nervous but excited for a group of refugees to arrive. The industrial space could not be more suited to a play about humanity being literally warehoused and subjected to ‘the system’

I have two worries about this otherwise top-notch production from Theatre-Rites, well known for the site-specific, immersive theatre for children. The first was that it simplified the issues too much. This is a tricky one. As a play for children of course it does have to simplify. But the overwhelming messages I got were that refugees are our good friends and that we all just had to be nice to one another and anyone who wasn’t was a big meanie. Much as I’d like this to be true, there is more to it than that and I'm sure the target age range of 8+ could have taken a little more complexity. It’s a very fine line to walk – to make it real, but not too horrifying for children and in keeping their interest to not make it all seem like fun.

The second problem I had lay in something that I otherwise found deeply impressive. Almost every member of the cast was a refugee or displaced person. This gave it a depth and authenticity that prevented it just being a feel-good leftie fantasy. It was so moving to see Mohamed bid farewell to his mother that I almost couldn’t bear. It made me really worry about him – is it psychologically ok for him to be re-enacting this experience? This section plays on images we (and presumably children) will be familiar with from the news – the risky journey at sea, the tents of the Calais Jungle - brought to life and mesmerisingly choreographed. But it felt almost too much to see a real person who experienced this acting it all for us - but that’s just a soft adult talking, the kids in the audience seemed to have much more sang-froid about the whole thing.

Though the play is ostensibly aimed at children there are plenty of layers for the adults too. A section which involved filling in a nonsensical immigration form in under five minutes was like a bonkers school trip exercise for the kids (clipboards will do that), but as an adult you got that this was the beginning of a Kafkaesque descent into hell (insane bureaucracy will do that). There is a clever bit with a security camera being used to tell one cast member’s backstory, and a set of boxfiles has never been put to such beautiful use.    The finale of the 90-minute play involved a dance routine using cages on wheels spinning through the immense, darkened space to represent a detention centre. Fortunately the thought that this set piece also reminded me of a really awesome 80s music video served as a valve for the emotional tension and tear build-up - though I still had to have a little moment behind a pillar as everyone else joined in the happy dance at the end.

The Welcoming Party is a worthwhile watch for child or adult; as long as you are going for technical expertise and the emotional punch in the guts rather that in-depth analysis... and perhaps to cry your eyes out behind a pillar.

Jim Moir: ‘Manchester is the most intelligent city on the planet’
Read Next
● / Events & Listings 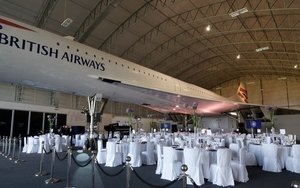 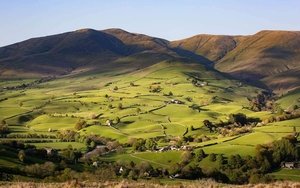 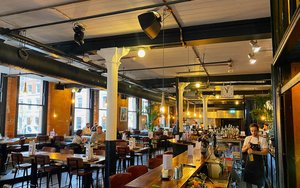 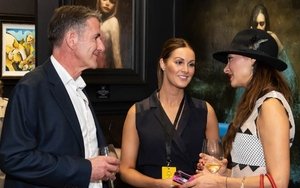