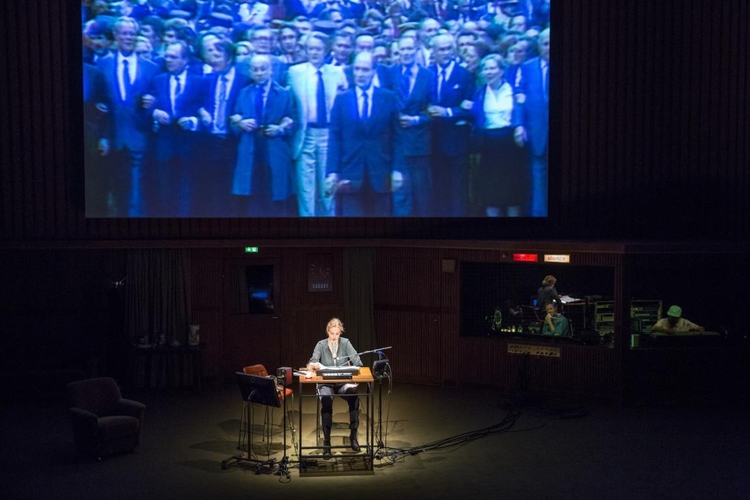 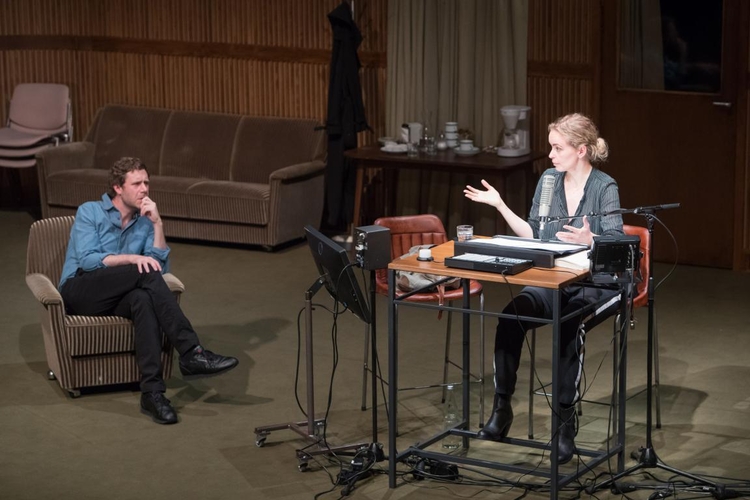 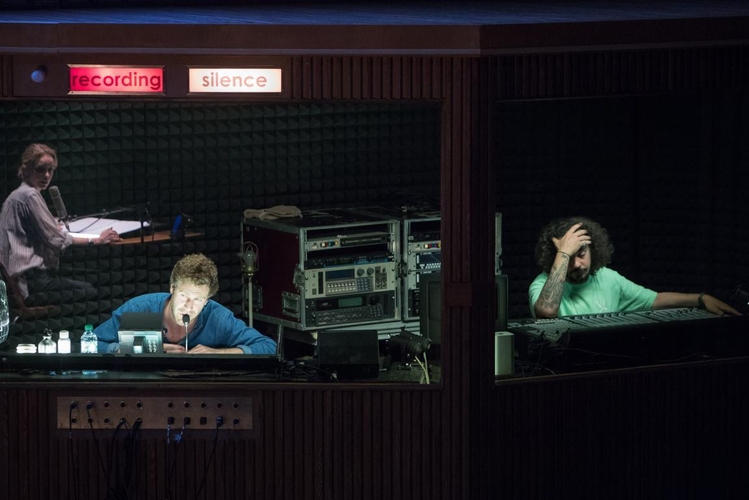 MIF meets its self-determined ‘original works’ criterion in this excitingly cerebral work: a piece of theatre directed by Thomas Ostermeier, a German director with a fierce reputation. Based on French sociologist Didier Eribon’s bestselling memoir Returning to Reims, the world premiere sees Homeland actress Nina Ross - a leading member of the Schaubühne ensemble - tape a documentary voiceover based on Eribon’s memoir, and begin to reflect on her own background as the daughter of a union leader and activist.

The production is set in an acoustically wood-lined recording studio: Ross plays herself settling into a lengthy recording session and the visuals play as her voice gently yet firmly delivers Eribon’s text. That watching someone record a single-voiced narration is engaging is partly down to the way Eribon’s gentle and questioning style moves easily between the personal and the political, highlighting the potential human costs of our preset decisions.

Ostermeier found much in common with Didier: both would describe their fathers as ‘domestic tyrants’ and both sought refuge in middle class intelligentsia. Both appear to question how far their roots formed them, what debt of loyalty they might owe, and whether they have deserted their class. This questioning is nothing new, certainly in British theatre, where its commonplace theme found its way into Billy Liar schoolboy fun and a Monty Python sketch. In ‘Reims’ it is tackled seriously, compared with political power rising with validity from the working class to talk the language of power.

The central political thesis - not unfamiliar in the UK - is that the left, particularly the working class left, are moving ever more to the right; having found their elected representatives increasingly disregarding their interests. Though not for everyone, this is an engaging piece about serious political issues: it isn’t, as some might tell you, two hours of a radio recording.

Serious debate with the documentary’s director, an engaging Bush Moukarzel and a comedy injection from assistant Ali Gadema, are important too. And just when you’re thinking that the debate should be wider, Nina Hoss adds a new dimension with a story of her own father.

Apparently, we’ll be seeing more of this type of theatre at The Factory.

Returning to Reims (5-14 July, HOME) is a Factory Trailblazer – a preview of the kind of world-class art you’ll find at Factory, Manchester’s groundbreaking new multi-arts venue, when it opens in 2020 under the direction of MIF