As the lights go down, an ominous figure appears on stage, silhouetted against a white, moon-like disc. People scream. The figure begins to transform. It seizes a horn-shaped object and straps it to its body; strange, otherworldly sounds emerge, lulling us into a trance state. Time expands in all directions. Reality unravels. The creature’s name is Colin.

Tonight’s concert is the penultimate entry in MIF 2017’s Dark Matter series, whose remarkably varied line-up has included laptop artist Holly Herndon (reviewed here) and grime collective LEVELZ (here). Tomorrow, druidic doom metallers Sunn O))) will be filling the O2 Ritz with sub-bass and dry ice. Not that it’s a competition, but in the sonic-warfare stakes, Colin Stetson could definitely give them a run for their money.

Stetson’s Wikipedia page describes him as a “saxophonist and multireedist”. This is a bit like describing the Norse god Thor as someone who’s well-equipped for hitting nails. In reality, Stetson practically fuses with his instrument, heaving sounds out of it that demand comparison with large animals and geological phenomena. My notes include the phrases “a whale giving birth” and “elephants wrestling at a Led Zepplin concert”. This might be hyperbole, but I’d have to check with the elephants first.

Technically speaking, all this ruckus is achieved through circular breathing, percussive key clicks and a hefty dose of distortion. Stetson’s arsenal also includes a throat mic, which, besides adding to his man-machine appearance, allows him to lay wordless countermelodies over the instrumental drones and riffs. But an explanation of technique doesn’t begin to capture the physicality of the music. One piece begins with an unholy honk that sounds like something out of a Hans Zimmer soundtrack. Catching the audience by surprise, it almost sends them flying backwards out of the venue.

It’s not all hammer blows and rolling thunder, however. Moving between instruments – tenor and bass saxophones, plus what I think is a contrabass clarinet – Stetson conjures up three distinct sound worlds. The bass rumbles monstrously. The clarinet blasts out heavy grooves and riffs. The tenor, meanwhile, lightens the claustrophobic mood with bright tones and expansive, spiralling melodies. The variety is welcome – it elevates what might be just an extraordinary display of physical strength into a genuine musical performance, something that sustains your interest from start to finish.

Between pieces, Stetson pauses to towel himself off and chat with the audience. You’d expect him to be the strong, silent type, but actually he talks quite a bit. Given the physical demands of his music, this is probably a survival strategy. “I’m going to leave you with one that will pretty much take me out of the game,” he says, before launching into another pulverising drone. Coming on top of everything else, the jock vocabulary ought to be too much. But that might be Stetson’s genius: he does too much just enough. 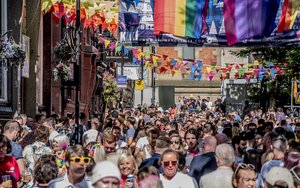 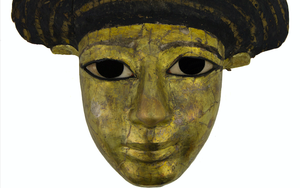 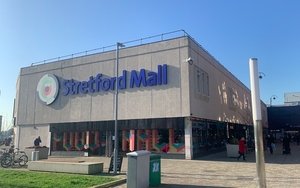 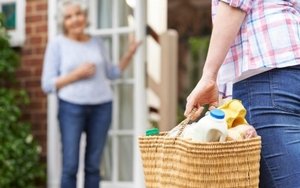