Why did the Egg cook with power tools?

IF YOU like food, you'll likely love this one man comedy show about cooking with power tools.

Following two consecutive sell-out shows at the Edinburgh Fringe with his show ‘Anarchist Cook’, in which he demonstrated what you can create using only equipment found in your standard hotel room, award-winning comedian George Egg is back with a brand new show.

In it Egg will be demonstrating more ingenious live cooking alongside stand-up comedy, but this time, he’ll be working only with DIY equipment; expect power tools, gardening apparatus and even a tennis racket to be repurposed and abused

The premise is that George‘s doctor has demanded he must rethink his diet, so his family have banned him from using the kitchen and banished him to the garden shed. But George’s simply unstoppable urge to cook leads to inventive creations, innovative solutions and some seriously tasty food.

George will be taking his funny, inspiring and absurd cross-genre show all over the UK, including a date in Manchester at Waterside Arts Centre, Sale on 4 February.

We grabbed a word with George before his Manchester show:

What can we expect from your show?

George Egg: "I would say it’s a cross between a stand-up comedy show, an illustrated lecture and a cookery demonstration; a kind of blurring of the lines. There are a lot of laughs in it, but at the same time I am actually cooking real food, all using non-culinary equipment.

"This show is set in a shed and all the food is cooked with the sort of things you’d find in there; power tools, a paper shredder, hot air guns, planers, drills and blow torches."

What came first, the George or the Egg? No, sorry, your interest in cookery or your stand up career?

GE: "They went in tandem for decades before I put the two together, but I’ve always been really into cooking. My first show was a guide on how to cook in a hotel room and that came from real life experience. I’d stay in hotels on tour and feel a bit hungry, so I started actually seeing what I could cook using the iron and the kettle and the trouser press."

Has all the equipment been sterilised?

GE: "It’s all very hygienic. Everything has been properly cleaned before the show. I cook with a wallpaper stripper clamped down on top of the ingredients, steaming stuff for a good few minutes, so that’s going to kill anything."

So the tools you use haven’t really been used for DIY?

GE: "No! They’ve all been bought specially for the show. Obviously I advise people that anything they eat is at their own risk, but they should be alright….hopefully."

What would you say was the most useful power tool?

GE: "A boring answer would be a blow torch, but they’re used in regular kitchens, so I would say the wallpaper stripper…but then I make pasta using a paper shredder and that just looks amazing. A hot air gun normally used for paint stripping is useful, as it’s not a hot direct heat like a blow torch. It cooks scallops in the half shell beautifully, caramelising the outside without wrecking it."

Ok then, if you could only take one power tool to a desert island, which would you take?

GE: "Erm….where am I going to plug it in? I would need a really long extension lead that went under the Pacific…"

Do you miss the power tools when you return to a regular kitchen?

Ge: "I still use a proper blow torch in the kitchen, but I’ve started experimenting more with things like our wood burning stove. Rather than waste the heat as it’s dying down overnight, I wondered what else we could do with it. I started out with a few potatoes but then moved on to squash and peppers; putting things either on foil or straight into the embers. I even tried salt baking a bream, but still need to work on the ideal temperature for that. There’s no way I’ll just be sticking with normal pots and pans."

Do you let the audience get involved?

GE: "Yes. They can eat the food at the end, if they want. They've also helped with ideas. I’ve had people come up to me who work in prisons, because apparently there are all sorts of cooking hacks that prisoners use. I might go more in that direction when I develop my third show, or things you can cook in a car, or a laboratory….who knows? It really does seem to get people’s imagination going." 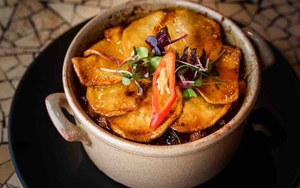 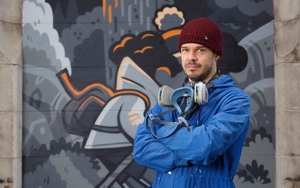 From murals to mosaics, Akse to Hammo, citywide installation will celebrate local talent 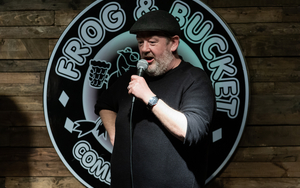 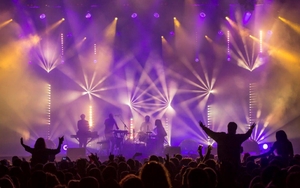