His new beer, The Governor, is a full-bodied 4.7 per cent pilsner-style lager, made with British malt in small batches. It's the second in his range and will be brewed by Manchester-based JW Lees.

Marco Pierre White said, “I’ve noticed more interest in premium, small brewer lagers than ever and this is a beer I’ve always wanted to produce. I wanted something that gave the perfect balance of malt and hop, British in its routes with a familiar Pilsner flavour.”

William Lees-Jones, managing director at JW Lees, said: “We’ve been brewing beer with Marco since 2011 and it’s a privilege that he has trusted us to collaborate on his new lager. With over sixty years’ experience brewing lager we have the knowledge and passion that Marco was looking for to deliver his perfect lager.”

The Governor Great British Lager will be sold at Mr White’s English Chophouse with nine more sites across England to follow in December. All of Marco’s restaurants and the JW Lees estate of family managed pubs, inns and hotels will stock the beer in the New Year. The Governor Ale, which is widely available, will be re-branded in 2019 to sit alongside the lager.

Find out more about JW Lees 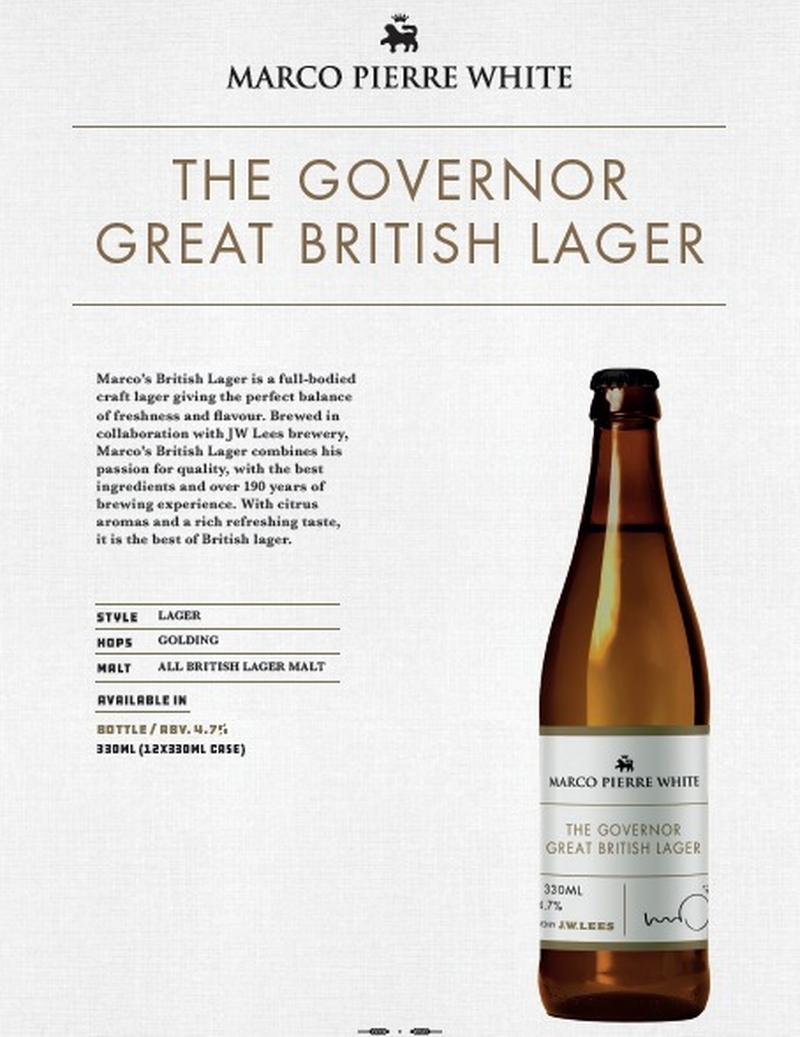 Yas Queen! Things to eat, drink and do on Jubilee weekend 2022
Read Next
● / Cafes