Plus who is the mystery star performing on Saturday night?

The announcement comes as rumours have persisted over recent weeks that the annual celebration of LGBTQ culture would be cancelled.

The rumours may have derived from the announcement that the parade element of Pride had to be removed from the line-up due to fears over COVID 19.

The annual parade, which sees floats and performers dazzle the city, had been due to take place on 28 August but it was decided it could not go ahead after guidelines for large-scale events were issued following the lifting of most national COVID restrictions.

The Pride parade will not go ahead

In a statement, organisers said: "We recognise that it is not possible for us to deliver the much-loved and anticipated parade in 2021."

They said that Pride had a "duty of care to our staff and our audiences" and it was "not possible" to follow the guidelines "when bringing hundreds of thousands of people together in Manchester city centre", adding: "We do not feel this is the right thing to do just now."

Instead, five "Equality Marches", each with a maximum of 400 participants, would still allow people to "take part in a way which feels comfortable and safe for all participants." 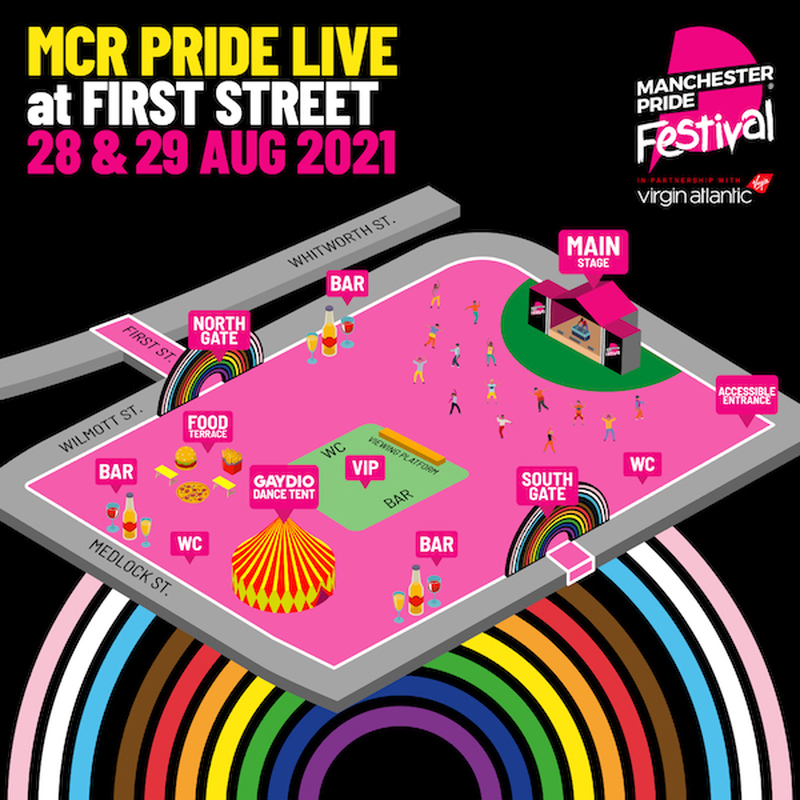 Despite the context, rumours still persisted on social media that the team behind Pride were in discussions to cancel the whole event rather than just the parade.

Indeed, many said that if it was too dangerous to have the parade then the other events should not go ahead either. Others pointed to large-scale sporting events and the general lifting of COVID rules to question the logic behind the decision.

Councillor Pat Karney took to Twitter to deny that Manchester City Council had withheld a licence from the parade.

CEO of Pride Mark Fletcher said: “Not being able to deliver the Manchester Pride Parade this year was heartbreaking but it really would be impossible to check the COVID-19 status of every single person that came to watch it. Hundreds of thousands of people head into the city to watch the procession go by and there would be no way of ensuring that those people were not transmitting this virus which has taken such a horrible toll on our lives over the last 18 months."

However, it seems with this most recent announcement that ticket holders can rest easy and keep from cancelling their Air B'n'B bookings.

Manchester Pride.
Ridiculous rumours that Manchester Council has not granted a licence to Pride are totally untrue.
I have just spoken to -@mcrFletch and we as always will be working closely together.
— Pat Karney (@patkarney) July 24, 2021

Where will the live music for Manchester Pride 2021 take place?

Manchester Pride will be taking over the brand-new outdoor venue, which was originally launched as HOMEground this May by arts hub HOME. It is situated on Ask Real Estate’s 80,000 sq ft future development site just next to the centre for contemporary theatre, film, art and music.

The site will host two live music stages, the Main Stage and the Gaydio Dance Tent, for performers including Zara Larsson, Sigala, Annie Mac, Gabrielle, Katy B and Example in a stellar line up on Saturday 28 and Sunday 29 August, plus much more in the full Manchester Pride line-up.

It was also announced that a mystery star would be joining the lineup. In classic Pride form, the rumour almost immediately started that Kylie was the secret performer. Rumours that Kylie will attend Pride are by now an annual tradition.

The organisers merely said: "[We] will not be in a position to reveal their identity until 27 August, right before the bank holiday weekend show."

Mark Fletcher added: “It’s really exciting to be taking MCR Pride Live to First Street this year. The site is perfect for our event and is less than ten minutes walk from the Gay Village meaning that ticket holders will be able to move around our different sites in the city really easily and enjoy everything that Manchester Pride Festival has to offer.”

Manchester Pride is planning to hold its flagship Manchester Pride Festival in its regular spot in the city’s calendar from Friday 27 August until Monday 30 August. The festival features six key strands: Activism, Equality, Arts and Culture, Youth and Family, Community and Party.

The festival which takes place at venues across the city will include MCR Pride Live, Gay Village Party, Equality Marches, Superbia, Your Pride MCR, Family Pride and the Human Rights Forum.

The Festival will be made up of these events taking place at locations across the city:

All of the elements of the festival, including the free events, will be ticketed, with the exception of the Candlelit Vigil. All of them, including the vigil, will be subject to the government’s guidance meaning that all ticket-holders aged 18 and over will need to demonstrate their COVID-19 status upon entering the festival.

Rainbow Passes*, which allow access to MCR Pride Live Festival and four days at the Gay Village Party, start at £55 for a day or £84.50 for the weekend and Gay Village Party tickets are £17.50 for one day or £25 for all four days. Weekend Rainbow passes have sold out but a limited number of day passes are still available.

For more information about the festival visit the Manchester Pride website.

Read now: Top things to do in Manchester: August 2021

Been there, got the mug: 12 alternatives to Manchester's Xmas Markets
What you say
Read Next
● / Theatre & Comedy