Where there is rain you are bound to find rainbows...

Pride is a time of positivity and love for all. It is also, of course a time for many rainbow tie-ins, from H&M’s 90s-themed collection (featuring a smashing pair of cycling shorts) to handmade dog bandanas (yes really).

Big companies love to drape themselves in the rainbow flag to help themselves to some of its feel-good factor, but not everyone in the community loves the idea that capitalism has got its greedy mitts on the culture and heritage they have worked so hard to preserve. While big companies cashing in on Pride can certainly irk, it’s also a sign of just how mainstream Pride has become.

The organisers of Pride definitely seem to be aware of the issue. Mark Fletcher, chief executive for Manchester Pride, said: “The progressive city of Manchester has always led the way in the advancement of LGBT+ rights. Having listened to everyone that engages with the festival and reviewed the landscape of Pride celebrations throughout the world, along with the issues still being faced by LGBT+ people across Greater Manchester, we felt that it was important to deliver a festival that not only celebrates LGBT+ life but also clearly continues to campaign for equality and acceptance.

“What’s more, 2019 will mark the 50th Anniversary of the Stonewall Uprising; an event which kick-started a half-century of LGBT+ right liberation. As we reflect on this landmark, we’ve been working hard to ensure that the political messaging and purpose of the Manchester Pride Festival remains clear and accessible for everyone who continues to support the LGBT+ Pride movement in the modern age."

So while you can find rainbow coffee cups and ‘LGBT’ sandwich meal deals (nice one, Marks's) on every street corner, we seek out seven objects, some serious and some light-hearted, that sum up the essence Manchester’s Pride. 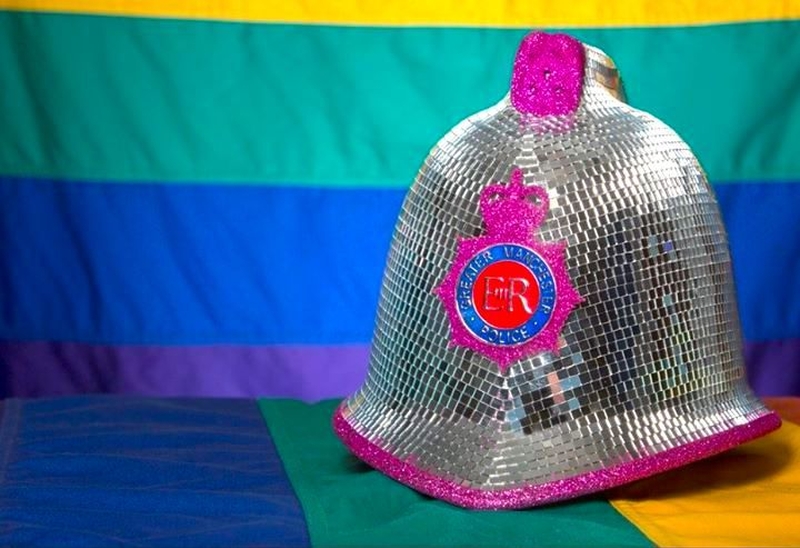 This disco ball-inspired police helmet is one of four designed by Brett Dearden of Creative Headspace. The headwear was an integral part of the Greater Manchester Police’s entry in the Manchester Pride Parade 2016 as two police officers recreated Banksy’s Kissing Coppers. While one could point to a less illustrious past of community relations in the past, the Greater Manchester Police Force has been taking part in Manchester Pride for over ten years and works hard to promote inclusion throughout the year.

The designer of the helmet, Brett Dearden, said: “The fact that this idea has been backed by the Chief from the very start speaks volumes. I can’t speak on their behalf, but I feel that GMP have embraced, wittingly or not, an opportunity to demonstrate just how much things have moved on.”

It's back!! 🏳️‍🌈🌈🚃 Ever wondered how we create our special @ManchesterPride tram?! Check out this behind-the-scenes time-lapse footage of the #RainbowTram.#Pride #MCR pic.twitter.com/Cpom4VXptp
— Manchester Metrolink (@MCRMetrolink) August 14, 2019

Ok so the rainbow tram is not a subtle piece of branding but doesn’t spark joy to see the flash of colour whizzing around the city? As TfGM is a sponsor of Pride we can forgive the ‘jumping on the Pride bandwagon’ thing here because they’ve actually gone and made a literal Pride bandwagon for everyone to jump on. The tram made a surprise appearance in a wedding last year, when Kat Mulhall and Aimee Waite got married on Pride weekend and were accorded private use of the tram. Also, the video of the TfGM bods decorating the tram beforehand is incredibly soothing. 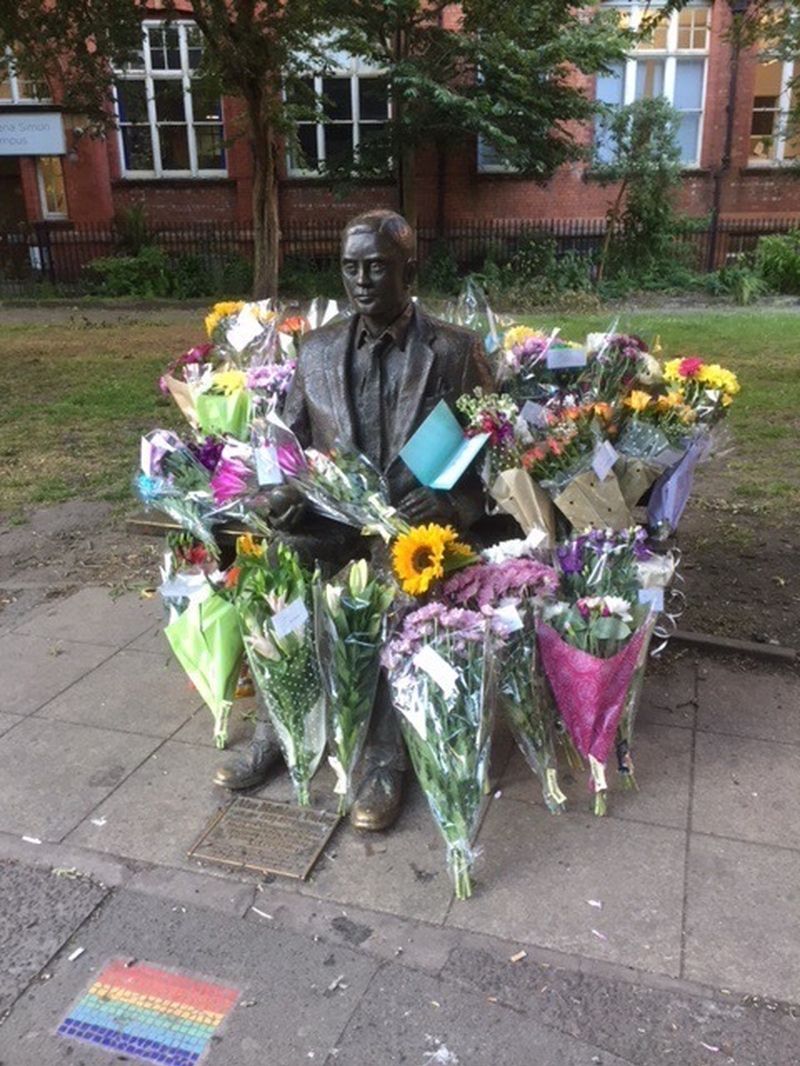 The Alan Turing statue in Sackville Gardens is a poignant reminder that Pride is not just about outrageous outfits and pop divas. A Candlelit Vigil, held in the small park that is also home to the The National Transgender Memorial and the Beacon of Hope, is a fitting end to the party as people remember the many victims of HIV and those still persecuted around the world even today. Turing, a renowned mathematician who was recently announced as the new face of the £50 note, is an LGBT+ hero to many and every year, on his birthday, the statue is surrounded by flowers. 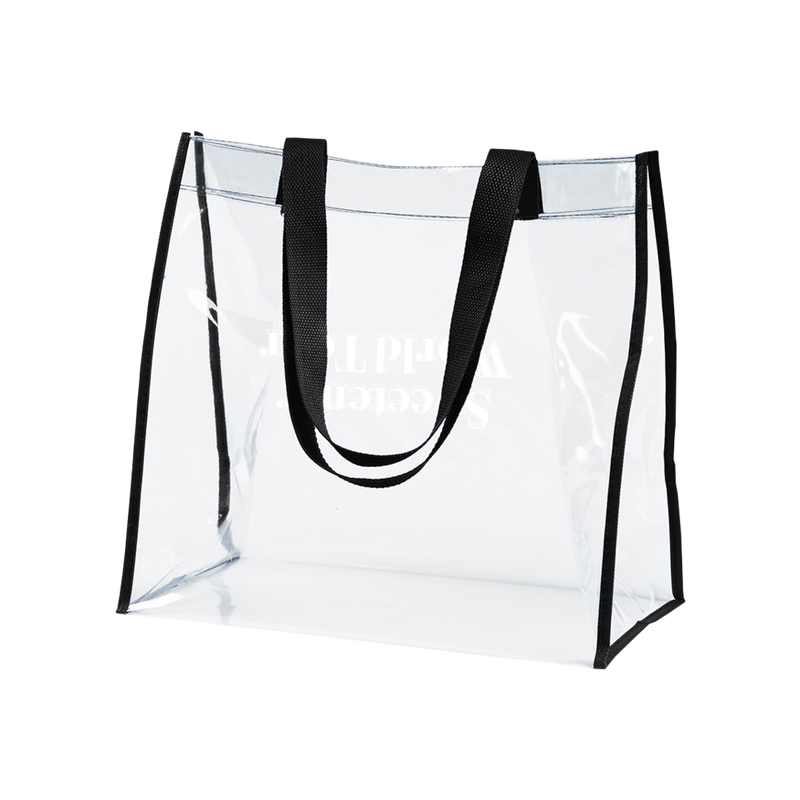 This may be the subject of a bit of moaning this year, but according to the new policy, all bags must be 100% transparent – that means that iridescent, colour-tinted or opaque bags will not be accepted. You can read a lot into this seemingly mundane bit of legislature: the bags are a reminder that security is still paramount at Pride and also that a huge amount of planning and forethought goes into this massive festival. Not one to miss a retailing opportunity, Manchester clothing giant Boohoo (also a sponsor) has a range of see-through bags for all your Pride needs. Or apparently you can buy them at Spar. 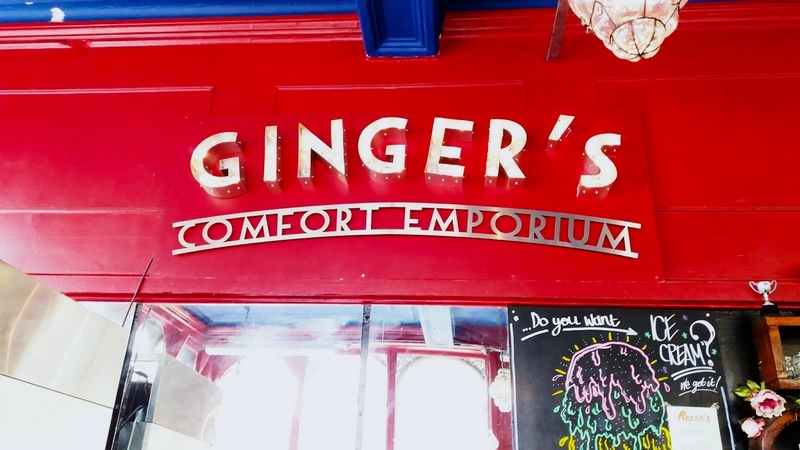 No Vanilla, Only Rainbows ice-cream

Ok ok this does slightly fall into the ‘merching opportunity’ category but we just can’t resist a sweet treat and as Ginger’s is a small, home-grown business let’s enjoy it. 'No Vanilla, Only Rainbows' ice-cream is a tongue-tangling combo of raspberry (red), orange (er, orange), cornflake (yellow), mint and wheatgrass (green), WKD (blue) and blueberries and blackberries (purple). While visiting Ginger’s Comfort Emporium at Affleck’s you can stop by for a selfie and check out the rainbow flag flower arch. 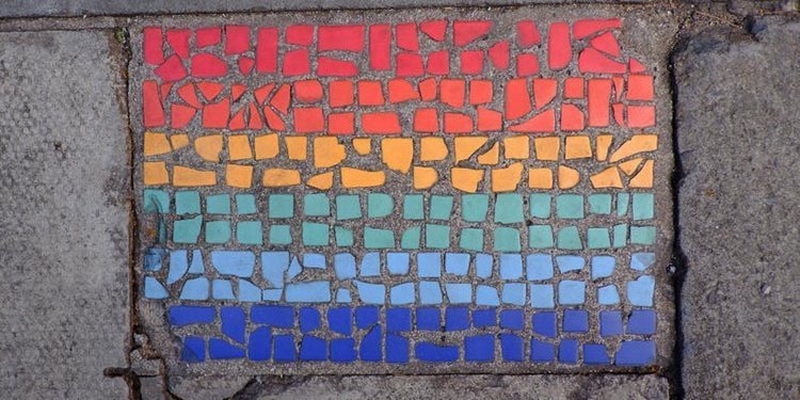 Rainbow tiles set into the streets of Manchester mark the city’s LGBT Heritage Trail are one way of understanding the depth of the history of the gay rights movement. From the Manchester Magistrates Court, where many thousands of prosecutions of gay men took place, to Manto (one of the first 'out and proud' bars in the Village) on Canal Street, via the New Union, Sackville Gardens and beyond, this is an antidote to some of the fun and fluff of Pride.

The mosaics, designed by Mark Kennedy, were originally commissioned for Europride 2003 with an accompanying guided walk which you can DIY by looking at the wiki entry here, or attend one of the get-togethers organised by LGBT Foundation for a group experience. 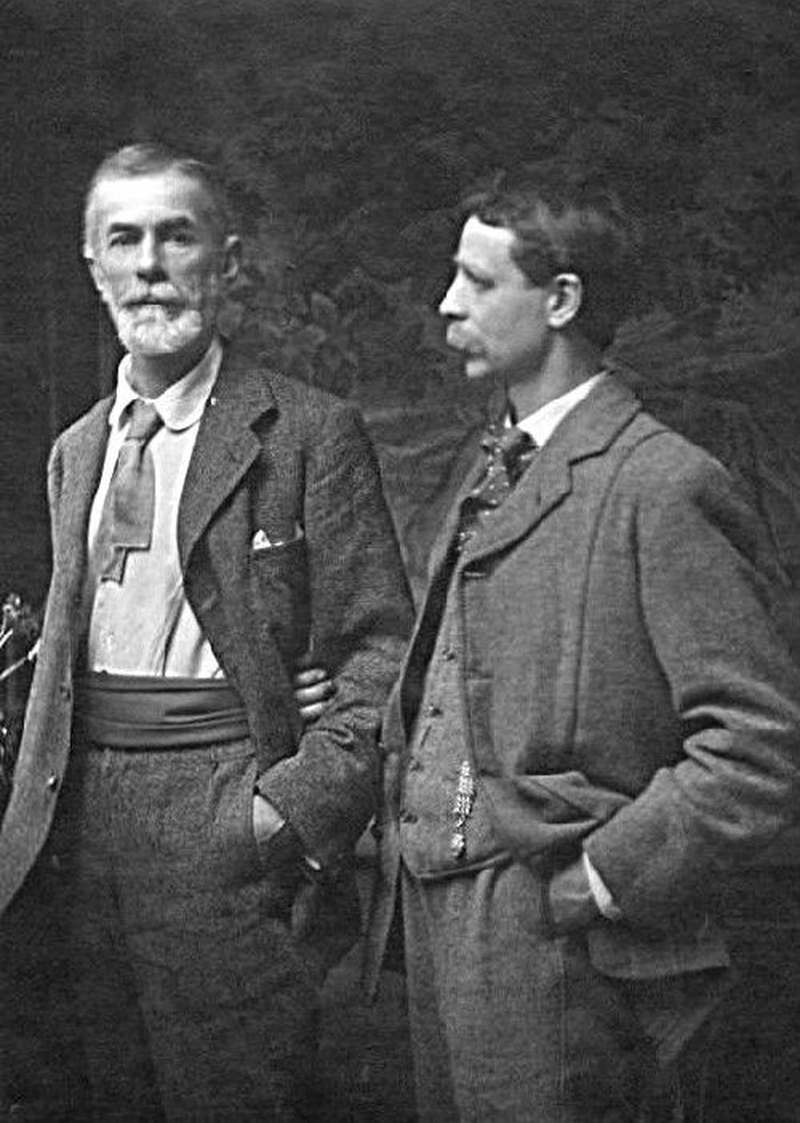 Homogenic Love and its Place in a Free Society (1894), John Rylands

Edward Carpenter was a poet, campaigner and sociologist who went totally against the prevailing mood of the Victorian era in his refusal to pretend to be anything other than he was. He coined the phrase 'the simple life' (only to have it appropriated by Paris Hilton) and was a big fan of sandals. He was also one of the earliest gay activists and lived openly with his lover in Holmesfield. Homogenic Love was one of the first tracts in defence of being gay and a later book, The Intermediate Sex was one of the foundations of subsequent campaigns against discrimination on grounds of sexual orientation. Same-sex love was, according to Carpenter, 'not only natural, but needful and inevitable.' You can even request the first-edition copy from the John Rylands Library to read at your leisure. 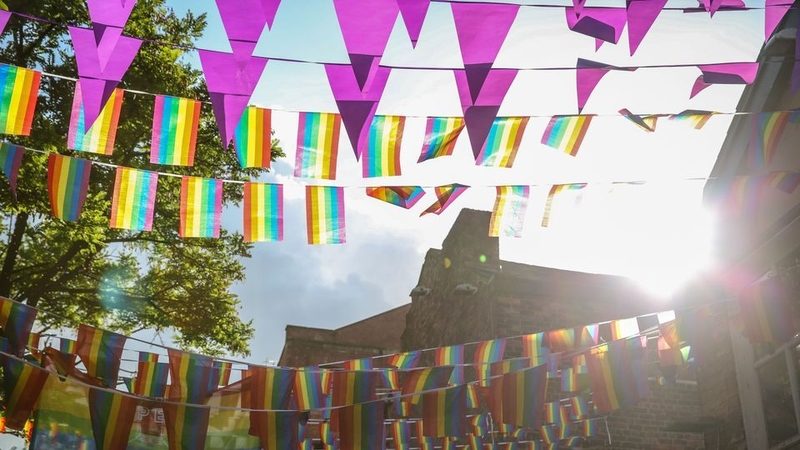 If you want the full Manchester Pride Festival experience featuring a line-up of international entertainment, the Rainbow Pass will provide you with unlimited weekend access to The Gay Village Party and also lets you choose which day (or days) you want to be at Mayfield for Manchester Pride Live. Limited tickets available here.

The (alcohol-free) Superbia Weekend is the charity’s alternative to traditional hedonistic Pride celebrations. Its free-to-attend programme will include film screenings, cabaret, conversation, community workshops, new art and a free post-Pride Parade party. Headlining the weekend is the North West premiere of Deep in Vogue, a compelling documentary on Manchester’s vogue ball scene; featuring performances from Honey Dijon and House of Ghetto, and followed by a voguing afterparty.

This year commemorating the 50th anniversary of the Stonewall riots, the Pride parade invites LGBT+ people and allies to come together and march through the city centre. In 2018, the parade saw 150 entries, equating to just over 10,000 participants in floats and walking entries from businesses and community groups across the region.

A brand new addition to the festival taking place in Mayfield, just a short walk from The Gay Village Party; see full details above.

A new addition to the festival for 2019, this 14+ event for young LGBT+ has been developed through engagement with young people from across Greater Manchester. The event will be made up of two different elements over the course of two days - Free Yourself and Know Yourself.

As ever, there’ll be a reflective end to the celebrations, as attendees take a minute to remember those lost to the HIV virus and the challenges that that LGBT+ communities still face today.