Looking for panto this season? It's in front of you.

Nothing screams “Merry Christmas” quite like men in drag, overpriced tubs of ice cream, and a large crowd of toddlers chanting “it’s behind you”. Add in a generous helping of choral dancing and a few mild innuendos, and bam, you’ve got the ideal festive evening.

Highly likely to encourage even the biggest scrooge to crack a smile this year (not making any promises), Manchester and its ‘burbs are playing host to a variety of pantomimes with all the extra trimmings. Making up for last year’s shortage of Widow Twankeys and fairy godmothers in a big way.

As if the run-up to Christmas doesn’t contain enough dairy-based indulgence already, Confidentials have compiled a list of pantos and productions that are sure to make your advent that little bit cheesier. Oh no we haven’t? Oh yes, we have.

P.S. if you’re a big fan of Aladdin and his magic carpet, you’ve hit the jackpot.

Transporting audiences to a whole new world via the red velvet seats of Oldham Coliseum (a big ask), director Chris Lawson is putting his own spin on panto classic Aladdin throughout most of the festive period. With a team of professional dancers, a gender-bending cast, and an eight-week-long slog of performances, this suburban theatre is all set to send you on a magic carpet ride around the Pennines.

Returning for his 14th stint in heels and fake lashes, Oldham Coliseum veteran Richard J Fletcher will play the infamous Dame Widow Twankey. Whilst fresh faces including Dora Rubinstein as Princess Jasmine, Marc Zayat as The Jinn of the Lamp, and Shaun Hennessy as The Emperor, liven up the show with all things slapstick, singalongs and seasonal in-jokes.

We’re all dreaming of one, so it’s about time that the Palace provided us with a proper White Christmas – complete with a West-End lead and a shedload of fake snow.

Directed by Ian Talbot (OBE) and based on the showbiz Christmas classic by Irving Berlin, the Palace Theatre’s White Christmas sees Bob Wallace (Matthew Jeans) and Phil Davis (Dan Burton) head to a rural Vermont lodge alongside Haynes sisters Betty and Judy (Jess Daley and Emily Langham) for some tap-dancing and a tinsel overload. Throw in an all-too familiar soundtrack, West-End star Sally Ann Triplett, and a copious amount of jazz hands, and the ideal Christmas night-out is right there with baubles on. Let’s hope that this ‘terrific dose of pure escapism’ makes all our days merry and bright, ey Bing?

Politely showing classic fairytales the middle finger, The Not So Ugly Sisters is a brand spanking new production by Yorkshire-based theatre company Wrongsemble. Re-telling the tale of Cinderella from the perspective of her sisters Dolly and Barb, this panto promises to tell "the whole hair-raising truth" (Cinders is about to get outed). With no Buttons or Fairy Godmother in sight, this family-friendly show kicks off just as Cindy and Prince Whats-his-face are about to get married, but Dolly and Barb haven’t copped an invite – very awks.

PJs and a teddy are encouraged for the 6pm showings at Waterside Arts Centre, and the option to order milk and cookies when you purchase your tickets means this panto and chill session just got that bit more festive.

Second star to the right and straight on til Bolton, or something like that?

Although Peter Pan’s request for us to “never grow up” doesn’t really explain why you still need a Christmas stocking at 27, the magic of this J.M. Barrie classic remains as memorable and nostalgic as ever thanks to Lotte Wakeham’s adaptation for the Octagon Theatre. Complete with lost boys, ticking crocodiles and swashbuckling pirates, Neverland never looked so good thanks to this Xmas production "filled with music, mischief and magic".

Sleepier than your dad after a second helping of crumble and the Father Ted Christmas special, this tale of snoozing princesses, evil fairies, and a handsome man with luscious lips is gracing the stage at Salford Arts Theatre this Chrimbo. Taking a more traditional and intimate approach to the panto, Harry Luty’s Sleeping Beauty aims to make this age-old story into an accessible and professional production that everyone from your nan to your man can enjoy this Xmas.

Inviting us to make more festive memories as a fam, Stockport Plaza is putting on a fab production of panto classic Dick Whittington, complete with an ex-soap-star serial killer and a very convincing feline accomplice.

Starring Coronation Street’s favourite bad boy Brian Capron as the nasty King Rat, and with leading appearances from Plaza favourites Bradley Thompson and Becky Bennett, this tale of fame and fortune is deemed to be "the purr-fect family adventure". Don’t be a dick – just go and see it.

THE LION, THE WITCH AND THE WARDROBE|THE LOWRY|8 DECEMBER – 15 JANUARY

After your itchy mohair Christmas jumper, the next best thing to find at the back of your wardrobe is definitely a secret frozen world filled with fauns, ice queens and a giant talking lion. Another panto that has caught the Avanti West Coast service up from the big smoke this year is The Lowry’s production of The Lion, The Witch and The Wardrobe.

Swapping the streets of the East End for the slopes of Narnia, actress Sam Womack is set to play the icy White Witch in this C.S. Lewis hit, joining Lucy, Edmund, Susan and Peter as they say "see ya" to wartime Britain and journey into the back of their cupboard.

This theatre may be little, but its plans for December are not. This year’s festive panto contribution from Bolton Little Theatre takes its audiences to Ancient China through a tale of trickery, jesting, and cheesy one-liners.

When Aladdin is deceived by the evil sorcerer Abanaza, his quest to find the magic lamp is filled with romance and adventure, with the odd magic carpet thrown in for good measure. With tickets priced at just a tenner and performances running from Monday to Saturday, that’s two of your three panto wishes already granted.

Word on the street is that Disneyland Romiley puts Paris and Florida to shame with their Christmas events every single year, and this year seems to be the same thanks to Romiley Forum’s magical Disney-themed panto.

Encouraging you to dress up as your favourite Disney princess or superhero to singalong and celebrate Xmas - although there’s nothing creepier than a middle-aged Little Mermaid - this panto also allows your kids to grab a photo with their fave characters, saving you megabucks on flights to America this December.

With a cast that gives Pulp Fiction a run for its money, the Opera House’s version of Aladdin is set to be ‘a real treat’ for Mancunian audiences thanks to the world’s biggest pantomime producers Crossroads Pantomimes.

Replacing bad boys with men in tights, X Factor winner Alexandra Burke is starring as The Spirit of the Ring following her successful stint in West End productions such as The Bodyguard and Chicago – a genie-us casting decision in our opinion. Local Rochdale comedian Ben Nickless is also returning to the stage as Aladdin’s ill-fated yet witty brother Wishee Washee.

HOME never likes to stick to the status quo with its theatrical productions and events, so a sparkly and glamorous re-make of The Ugly Duckling that’s set in an animal circus is just another brick in the wall for this culture hub.

Described as "a reinvention of family theatre" by Critics Choice (pretty big deal), Duckie is a modern re-make of Hans Christian Anderson’s tale about a 3/10 baby bird that has a glow-up and realises that beauty is more than skin-deep. Originally created by cabaret idol Le Gateau Chocolat, who stars as the duckling itself, this unique panto homes in on the same moral messages about self-love and identity, but with a little added glitter.

Oldham is back at it again with another Christmas cracker of a panto this Xmas thanks to Anton Benson Productions and the Grange Theatre team. Starring Coronation Street’s Bruce Jones, Hollyoaks’ Nathan Morris, and Atomic Kitten’s Kerry Katona, this enchanted production could be the secret to making you whole again for Christmas thanks to its all singing, all dancing approach to the tale of Aurora and Perfect Prince Percy.

Proving that Brexit Britain does in fact have room for some Middle Eastern culture, North-West Theatre Arts Company is also putting on their own version of you guessed it - Aladdin. With consecutive sell-out runs and a promise to keep you hooked from start to finish, this tale of princes, genies and a fortune-changing lamp is bringing some magic to Moston throughout December's final festive week.

Read Next: Top things to do in Manchester: November 2021

What you say
Previous Article Next Article
Read Next
● / Events & Listings 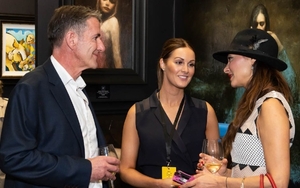 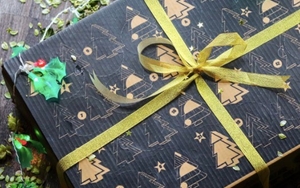 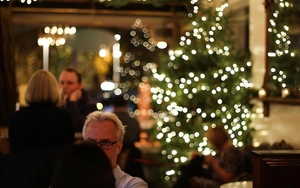