Nine fine new Manchester openings you may not know about 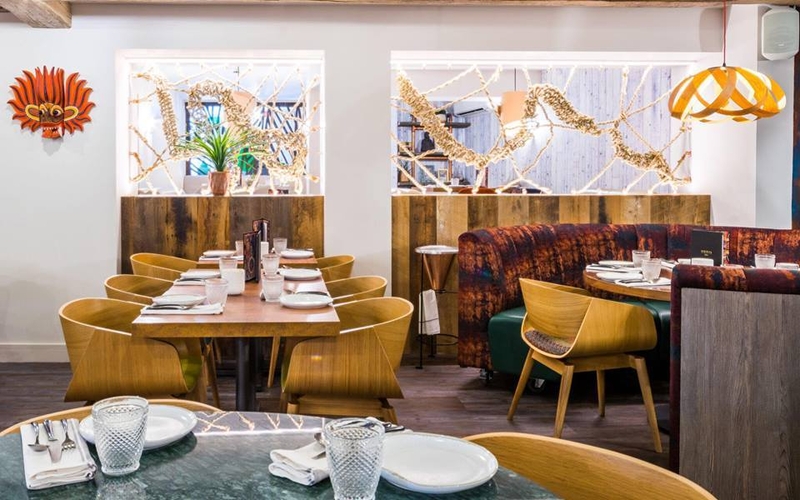 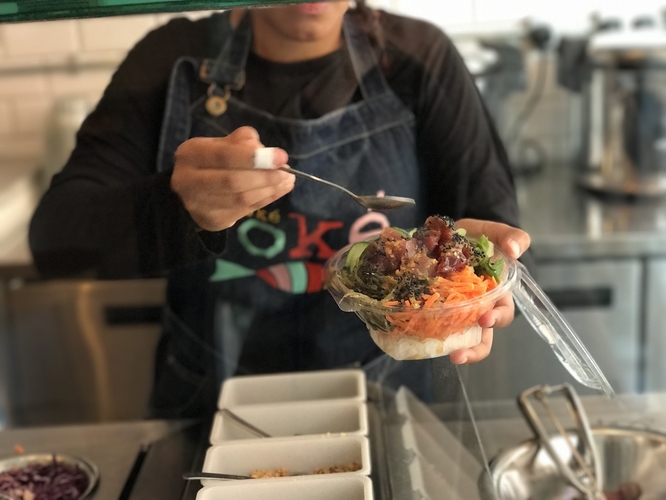 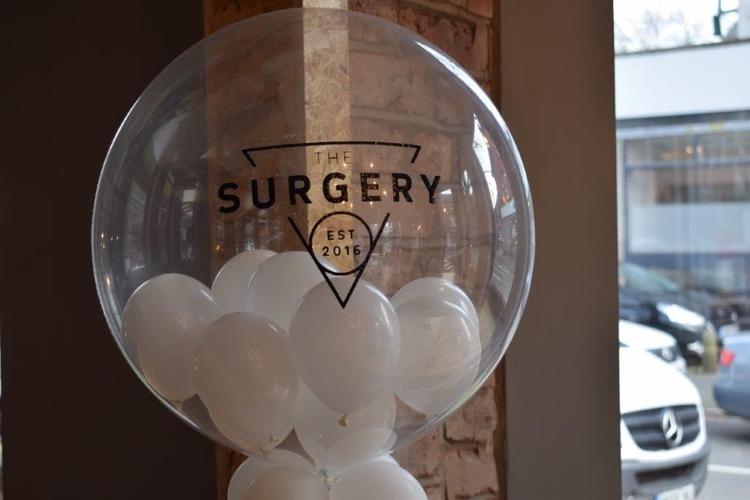 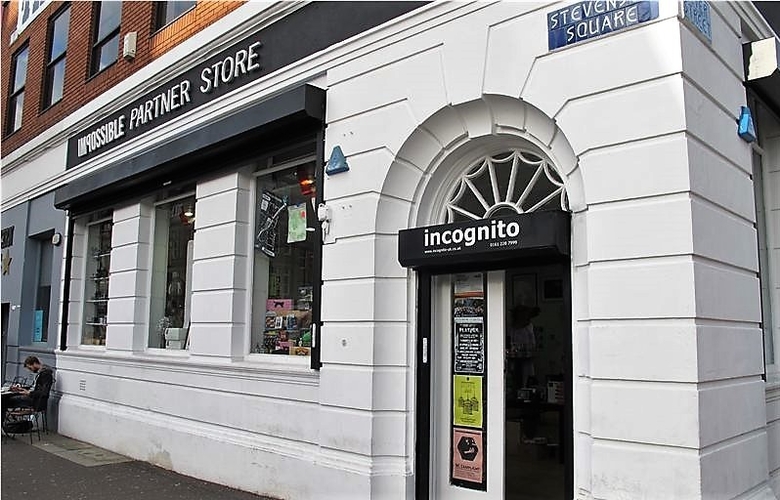 From Northern Quarter to First Street, Bowdon to Marple, there's still lots going on in the city centre and across suburbia

Good news, there appears to be no sign of the relentless rumble of new openings slowing down. Spring has brought with it another crop of restaurants, bars and cafes, including a street food champion putting down roots, a MasterChef champion opening his first branch and there's even a bit of Hawaiian jiggery pokery sprouting up.

What: Former executive chef at Michael Caines’ Abode, Mariusz Dobies, has launched his first restaurant in Bowden, together with his partner Veronika Janusova. Borage is a relaxed fine dining venue with a simple menu with four or five choices for each course made using seasonal ingredients - such as foraged borage we assume. They are closed on Mondays, but open at 10am for breakfasts on Tuesdays and Wednesdays. The rest of the week, they open from 12 for coffee, cake, lunch and dinner. The pricing structure is simple with 1 course for £13, 2 for £16 and 3 courses for £19. Example dishes include starters such as quail with pancetta, tarragon and potato, or mains such as beef, chicken or pork with dripping potatoes, vegetables and onion confit, or hake with fish butter sauce. Desserts include classics like rhubarb and custard or chocolate ganache with puff pastry. Once a month they host special multi-course gourmet nights with menu collaborations with invited guest chefs for £45 per head.

What: Award-winning street food traders Chaat Cart are preparing to open their first permanent venue in their home town of Marple after Easter. The 30-cover bar and restaurant will be a contemporary nod towards India in a way that matches their style of cooking; colourful and vibrant street food snacks using local seasonal ingredients. Expect bhel puri, lentil dahl and masala dosa along with seasonal specials such as Tatton Park venison croquettes with coconut chutney and lentil sambar. They have also been developing a special beer and curry matched menu with local breweries including Magic Rock, Seven Brothers and Alphabet along with a series of Indian-themed cocktails.

What: Global street food in Manchester might be quite a saturated market at the moment, with everything available from poutine to platzki and puris, but Oké Poké on Church Street in the Northern Quarter has looked towards Hawaii for inspiration. Pronounced ‘okay pokey’, this newest street food venture is a relatively healthy option based around rice, fresh raw fish and vegetables – like a deconstructed sushi bowl or wrap. Open seven days a week, customers can choose from a classic Poké bowl or even build one themselves starting with a base of sushi rice, quinoa or black rice and topping it with either fish, seafood, chicken or tofu, finished off with a variety of fresh vegetables, garnishes and sauce. They also offer Pokérito which is all of the above wrapped in an easy to eat take out parcel.

What: This new, neighbourhood café and Italian wine bar is due to open in Prestwich village. The all-day offering will start with breakfast involving a range of pastries, fresh fruit salad and homemade granola washed down with good Italian coffee, fresh juices and high quality teas. Lunch and dinner will include salads, Italian style sandwiches and platters of specially imported meats and cheeses. The exclusively Italian wine list will feature many interesting bottles from smaller boutique vineyards and beer will come from Italian artisan brewers. Aperitivo will involve the standard long cool drinks to bridge the afternoon and evening, along with typical snacks you’d expect to find in any corner cafe in Tuscany. Owners Alex and Anna were inspired to open in Prestwich after enjoying the cafe culture they experienced during visits to their holiday home in Bagni di Lucca, Tuscany.

When: at the end of May/early June

What: This ‘new-concept’ Sri Lankan restaurant opened on the site of the former La Vina in Hale in February. It’s a new venture from Donn Buddhika, the former manager of the renowned Jumeirah Beach restaurant in Dubai and will serve a selection of traditional Sri Lankan dishes which have been given a contemporary update. They describe the food as a fusion of Indian and Thai cooking styles which are built around a distinctive blend of aromatic Sri Lankan spices including cloves, cardamoms, nutmegs and native pepper corns. These are incorporated into a multitude of dishes; soups, meats, sea food, lentils, vegetables, sambals, mallums (sauted vegetables), phies (dry style vegetables) and achcharus (Pickle).

The new restaurant is open from 12-3.30pm for lunch and from 5pm for evening service.

What: This new restaurant, which only opened its doors a couple of weeks ago, has taken over what was previously a doctors’ surgery. Out with the consultant’s table and in with the reclaimed wood, feature lighting, slick interiors and custom-built pizza oven. It is an independent, family-run business headed up by chef Andy Kershaw and his wife Kate. The menu purposely doesn’t swerve greatly from a city-centre template with a range of authentic pizzas, burgers, cocktails and a decent kids’ menu. The house speciality will be 100% British steaks served on a volcanic lava stone. The couple chose Urmston as the location for their first restaurant as a result of the area’s current development as a food destination thanks to the monthly artisan market and other independent hospitality businesses.

What: This is a new concept from the owners of the now departed Damson restaurants, Steve Pilling and chef Simon Stanley. Their MediaCity branch closed last year and the long-standing Heaton Moor venue has now been split into two; a tapas and gin bar, La Cantina, and the soon to open Roost. After a relatively short refurb, and as implied by the name, Roost will specialise in whole and halves of rotisserie Goosenargh chicken alongside wood fired pizza, sandwiches, salads, cocktails and craft beer. The changes are part of a general shakeup of Pilling’s hospitality empire which includes city centre cocktail bar Liquorice, microbrewery bar The Gasworks in First Street and The Moor Top pub in Heaton Moor, as well as a second La Cantina site in Didsbury. Gone are the purple-hued carpets and soft furnishings, to be replaced by exposed bricks, teal walls and vintage chandeliers.

What: This will be the first solo venture for MasterChef 2015 champion Simon Wood, who hails from Chadderton. We've no idea what'll feature on the menu yet, though Simon has told us there'll be a 'fine dining taster menu' element. His debut cookbook At Home with Simon Wood – Fine Dining Made Simple launched earlier this year and features signature dishes similar to ones we suspect he’ll be serving at Wood; wild mushroom ravioli with sage butter and panna gratta as well as crispy lamb salad with baba ganoush and flatbread.

What: Located in the former Incognito gift store on booming Stevenson Square, Flok is to be a combined effort from store owner Martin Hennin and Justin Parkinson – the man behind West Didsbury favourites, Folk bar and Wine & Wallop. Offering a wealth of vintage and modern Sherries, Folk's dyslexic sibling will also serve wines, including port and Madeira, alongside a menu of (what else?) small plates.