'What does MIF do best? Those projects that are wonderfully indefinable' - Mark Ball, creative director

It’s October and we’re sat, a couple of hundred of us, on bleacher seats inside the vast (and, some say, haunted) Mayfield depot, watching performers slowly wheel seven pillars between the steel columns of this damp and cavernous space.

The wheeling goes on a little longer than it should. I guess that the German director and composer, Heiner Goebbels, is trying to say something clever about T.E. Lawrence’s Seven Pillars of Wisdom, but I’m not smart enough to work out what. I’m not the only one struggling. Where are the camels?

This is the beginning (or is it? It isn’t clear when the performance began) of Everything that happened and would happen; a mysterious, meditative and sometimes baffling exploration of the last 100 or so years of European history through dance, improvised music, news clips, synths, ribbons, light beams and really long bits of tubing.

Unfortunately (well, depends on your cultural stamina) an urgent call cuts this almost three-hour epic short for me. Though the next day a colleague tells me that, at the close, they were taken onto the roof of the depot. “It’s a good job we didn’t go up halfway through,” she says, “or I might have been tempted to jump off.”

The performance, commissioned by 14-18 NOW and presented by ArtAngel and the Manchester International Festival (MIF) divided opinion. Richard Morrison from The Times called it “truly thought provoking”, while The Guardian’s Andrew Clements said it was “hermetic and unconvincing”.

Whatever the reviews, no one can knock the scale and delivery of the performance. The ambition? To give an early idea of what to expect from The Factory, the new £78m… £110m… now £130m arts centre - dubbed the ‘Guggenheim of the North’ - going up at Old Granada Studios (it’s already well behind the schedule, but workers recently broke ground).

When the building does eventually complete (current estimates reckon 2021-22), it is MIF who will manage the programme – from commissioning international artists to supporting local theatre groups – and it is Ball who will get the ball rolling, so to speak.

Born in Bury, the former chief executive of the London International Festival of Theatre (LIFT) arrived back in Manchester in the summer of 2017. “Returning here always appealed to me,” he says, “I’ve been looking at Manchester from afar these past twenty years with a huge amount of admiration… and a little envy.”

Having spent the last decade in London, Ball says he was drawn back north by the city’s “renaissance of culture” and a “huge amount of new activity”. Recent landmark cultural projects like the Whitworth, HOME and The Factory, as well as the continued impact of the festival, he says, have created a real “cultural vibrancy” where “bold statements are being made”.

"I’ve always been impressed by the cultural ambition of the city and was slightly envious while in London of MIF's ability to have such a massive impact on the city,” Ball tells me. “There’s a real appetite here to have the world’s best artists make really adventurous work - work we can then export to the likes of New York, Shanghai and Berlin."

So is Manchester now the culturally important international city it aspires to be?

“The festival is certainly putting Manchester into the imaginations of people in all those cities, look at the coverage we’ve had in the New York Times, the Sydney Herald and LA Weekly,” he says.

“But it’s not just MIF, the city has a track record of great organisations, from the Halle to Contact, the Bridgewater Hall to the Royal Exchange. I think the international focus of the festival in particular is making Manchester an increasingly important cultural city globally – one that should really be compared to the likes of Berlin, Madrid and New York.”

It is this growing cultural clout, he says, which has inspired so many young artists to look north, away from the “unaffordable and slightly self obsessive” capital towards Manchester.

“Most people I know who have left London are heading to Manchester, and they are coming here because of the cultural vibrancy,” he says. "Projects like The Factory attract people and jobs and investment."

In the case of The Factory, recent numbers published by the council estimate that the arts centre will attract up to 850,000 visitors a year, delivering a £1.1 billion boost to the local economy and 1500 full-time jobs. Big numbers. No wonder council leader Sir Richard Leese recently called it a 'game-changer'.

We meet again in March, at the festival's full programme launch in Upper Campfield Market. A few hundred of the city's artiest types (you can usually tell by the array of spectacles) surround a raised central stage, where MIF's artistic director John McGrath and managing director Christine Cort introduce a number of this year's performers, including grime artist Skepta, DJ Mary-Anne Hobbs and festival stalwart Maxine Peake. We swerve the wine table and slot ourselves in close to where Firebird Hope are knocking out fried chicken sarnies (we're big fans).

It's very rare that an artist says they want to make a show about Abe Lincoln and then next week it's JFK.

Surely it's a nightmare getting such an assemblage of international performers - many collaborating for the first time to create entirely new works - on the same Skype call, let alone in the same room?

"It takes a lot of planning," says Ball. "some projects, like Invisible Cities (involving director Leo Warner, choreographer Sidi Larbi Cherkaoui, actress Lolita Chakrabarti, design studio 59 Productions and dance company Rambert) we've been nurturing into existence for two to three years. It's taken that long to get the right people involved, you can't rush that kind of chemistry. You need to give artists time and space."

Ok, but there must be a mad scramble before the final announcement in order to confirm the final performers and nail down the programme...

"Most have been set up for three to four months," replies Ball, "some, like I say, for years. Where there's always a sense of nervousness is when an artist changes their mind, decides to try a different approach, test new ideas, sometimes right until the last minute. You can see shows change significantly in the last few days of rehearsal - though it's very rare that an artist says they want to make a show about Abe Lincoln and then next week it's JFK."

Manchester International Festival has, from the outset, sold itself as an arts festival that will attempt what other festivals won't. This doesn't always come off. In 2015 Turner-Prize winning artist Douglas Gordon stuck an axe in the wall of the newly opened HOME following less than complimentary reviews of his retelling of Little Red Riding Hood. In the same year MIF's 'most challenging show to date', The Age of Starlight, barely made it past conception. Why? Because the technology 'hadn't yet been invented'.

"What this festival does brilliantly is those projects that are wonderfully indefinable - is it theatre, is it visual art, is it an experience?" says Ball, when asked which of this year's performances he considered to be the most ambitious.

"For me Invisible Cities is one of this year's standout collaborations, with an amazing writer, a production company working with cutting-edge visual technology and a choreographer who's at the top of his game, having just worked with Beyonce - three very different artists creating something like you've never seen before.

"Then there's Studio Creole, with the ambition to reimagine an art form like literature into a performance involving a novelist, an international curator, an architect and a director. How do you take the act of reading and translation and turn it into an experience that an audience can enjoy? It's projects like these that really epitomise MIF."

There appears to be a heavy American contingent at this year's festival. A canny commercial decision, perhaps, with an eye on selling productions into the American market?

"I think it's more coincidence," says Ball. "America is a key market, so work that has resonance there, through artists or subject matter, is obviously helpful in selling into the U.S.. But lots of these artists have profiles and audiences right across the globe."

Talking of international influence, does it bother him when critics of the festival accuse MIF (as they do every time it rolls into town) of not being Manchester enough?

"Well it is an international festival," he replies, "and now more than ever it's important to open the doors to international artists and voices at a time when we're becoming more inwardly focussed.

"But there's still a lot of Manchester in this festival, from Sarah Frankcom and Maxine Peake telling the story of Nico, to Young Identity (a local spoken word collective) working with Reggie Roc. Then there's Phelim McDermott, who was born here, and all the work happening around the Peterloo Massacre. And of course, Yoko Ono is asking thousands of locals to participate in Bells For Peace. I actually think the festival becomes more Manchester year on year.

"But it's vital we remain internationally focussed," he adds, "that we present Manchester as a place where the best artists in the world want to come and make work. It's that which will continue to make us a globally important cultural city."

Manchester guided tours are back: just sit back and watch
● / Features/Opinion

What would you ask Sir Richard Leese?
● / Events & Listings

A view on Cummings. And you lot. And the press
What you say
Read Next
● / Architecture 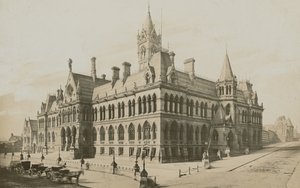 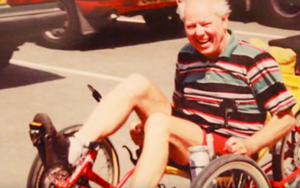 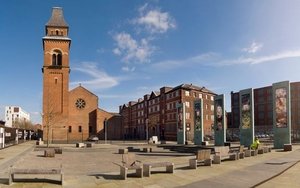 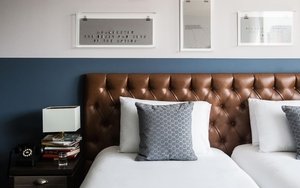