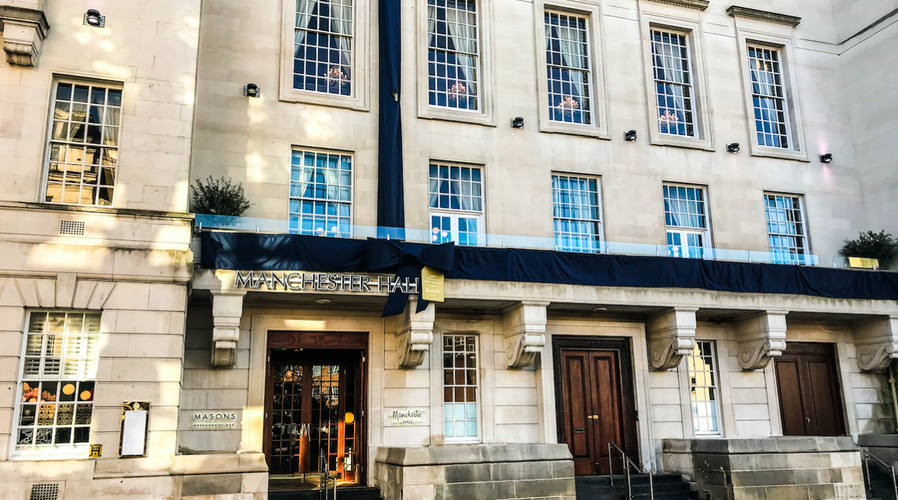 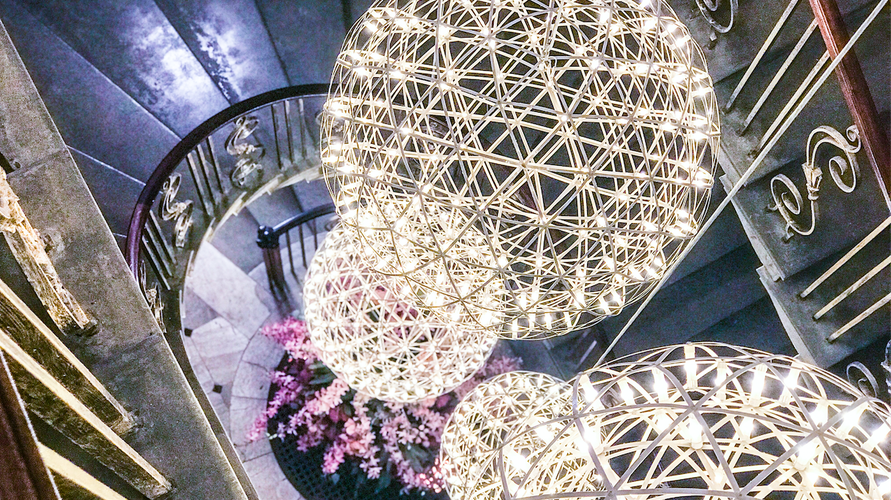 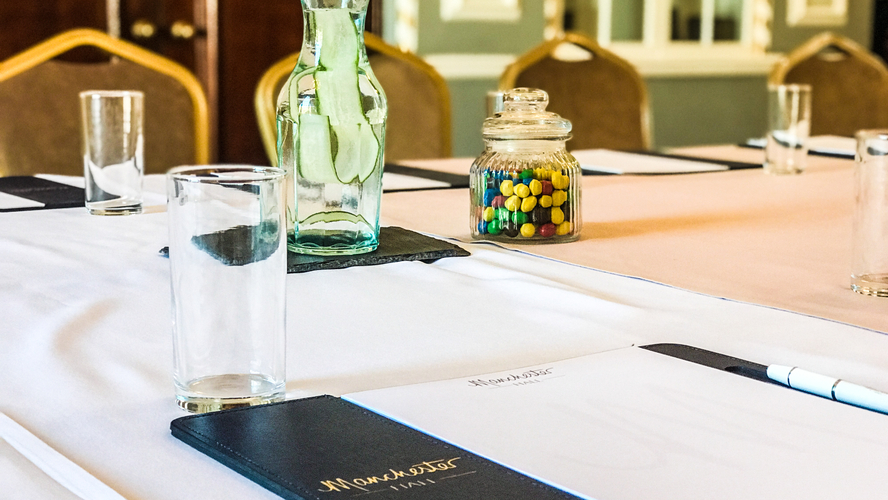 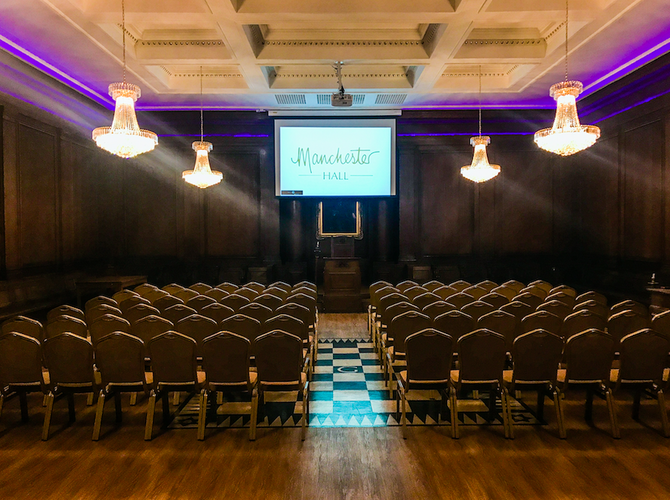 “We think this is an amazing building and great location. We’re hoping it will become a real hot spot for the city,” says director Deepa Parekh.

Deepa Parekh is talking about Manchester Hall and she’s right. The building is special and it should make a real impact. It was built in 1929 as the Masonic Hall by Percy Scott Worthington, part of a dynasty of Worthingtons, including Thomas, Percy’s dad, who had earlier designed the Albert Memorial in Albert Square.

The Freemasons no longer require such a large building and have retrenched to just one floor. This has allowed the new owner, Stephen Cliff, and his team led by Deepa, to create something that Manchester needed.

This is a multi-purpose meeting place for conferences, weddings and events in a beautiful building that is not a hotel. Of course, we have Manchester Central, but that is on a different scale altogether. The more intimate spaces of Manchester Hall plug a gap in the city’s rendezvous offer, allowing smaller and medium-sized groups an almost bespoke range of facilities and opportunities. So if you have groups of five up to a couple of hundred then there are rooms for you. Of course if you hire all the spaces at once then you could have a very large event.

On the exterior the building is all imperial bombast in white Portland Stone, a final fling of British Empire arrogance, a little like Edwin Lutyens’ Midland Bank, now occupied by Jamie’s and Hotel Gotham on King Street. Indeed Percy’s brother, Hubert, worked with Lutyens so there maybe some cross over influence here.

On the inside of the Masonic Hall it would have been really easy to mess things up. This building requires flair, but restrained flair, and Manchester Hall has got the balance right. How things can go wrong has been demonstrated recently in the Octagon Bar of the Midland Hotel, where within a glorious Edwardian design, a central bar feature has been placed that looks vulgar, cheap and utterly incongruous.

Just a glance up the stairwell in Manchester Hall shows the care shown here. The staircase is a stunner, climbing the wall in a single swooping movement as graceful as a swan’s neck. The blue chosen for the walls is perfect. Manchester Hall’s original design referenced Georgian architecture and thus the palette chosen by the new owners matches that style.

Up the stairs and room after room reveals itself as carefully laid out and tastefully touched up. On the Bridge Street side, light floods into the airy lounge, museum, library and study. Again the colours and balance of the décor is correct.

“We think we’ve opened up a really beautiful building, one that people may have walked past and wondered what was inside and never had chance to look,” says Deepa Parekh. “We feel part of the continuing heritage here, we’ve restored it, created new spaces where there were none. We have three restaurants, plus our own restaurant, Masons, two floors of conference areas, rooftop terraces plus a secret underground bar and, coming soon, six bedrooms. We think we’ve brought the whole place back to active life while giving something new to the city in terms of meeting spaces.”

Confidential couldn’t agree more. The re-invention of the Masonic Hall into Manchester Hall is one of the happier events in 2017 for the city.

Find out more about Manchester Hall 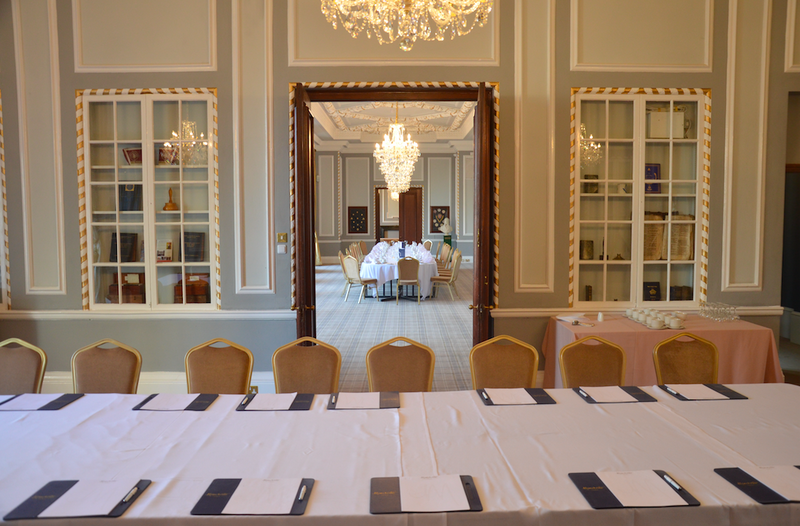 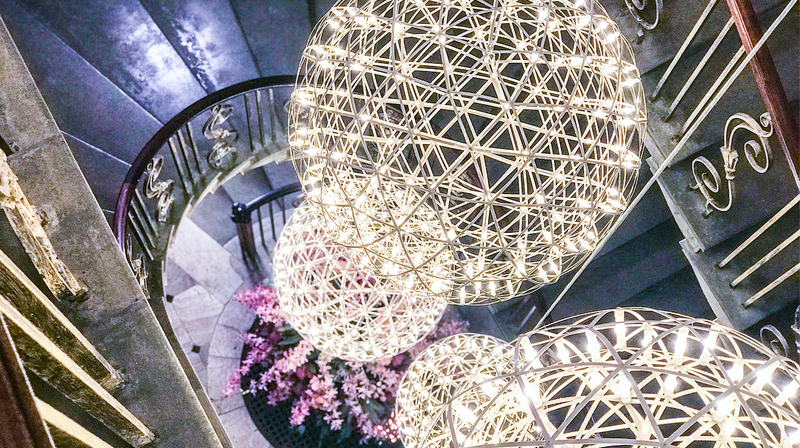 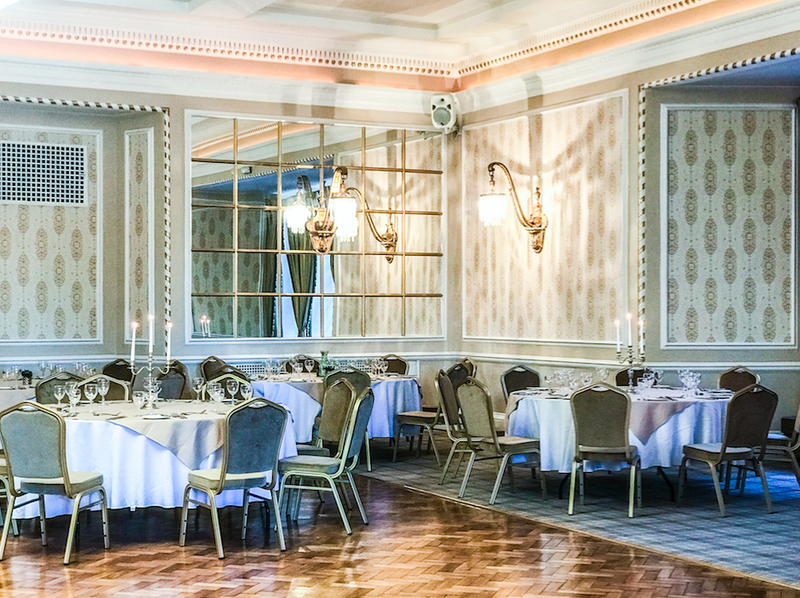