Manchester Food and Drink Festival 2018 - who to catch this year

From Jay Rayner to Joudie Kalla, this year's festival (27th Sept - 8th Oct) is looking like a corker...

There’ll be happenings all over Greater Manchester featuring collaborations with many of the city’s most talented food and drinkies including brewers, ice cream makers, gin distillers, chefs and foragers.

The city’s biggest food party will culminate in the MFDF Gala Dinner on 8th October at Gorton Monastery, where this year’s award winners will be revealed.

The centrepiece of the hub will be the Dining Dome...

The Festival Hub on Albert Square will have a brand new look for 2018. Visitors can expect a newly designed site with structures hosting two fabulous Saturdays of cookery demonstrations, live experiences and skills workshops from a number of local culinary stars and big names.

The centrepiece of the hub will be the Dining Dome – a spherical foodie palace, which will host nine specially curated one-off banquets, supper clubs and food parties ‘under the stars’ of Manchester.

There will also be a programme of live music across the eleven days of the Hub, featuring an eclectic mix of amazing artists on stage to help create the perfect atmosphere for guests to tune in, dance or just chill-out to.

Here’s our pick of the guest line up: 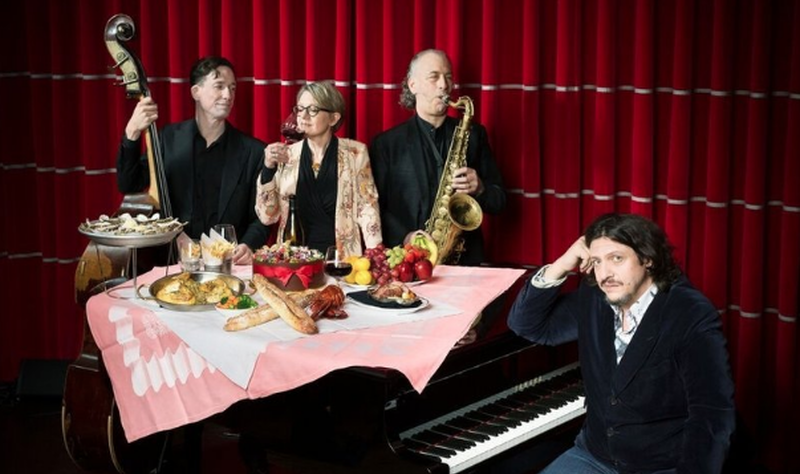 As well as being an award-winning writer, journalist and broadcaster, Jay is now a successful recording artist and performer, entertaining audiences up and down the land (including at the world-famous Ronnie Scott’s club) with his band. Made up of some of Britain’s 'best musicians', including Jay’s wife who is an accomplished jazz singer, Jay’s quartet will be performing a repertoire from the great American song book with special attention paid to numbers about food and drink. A special Jay Rayner menu will be served throughout. 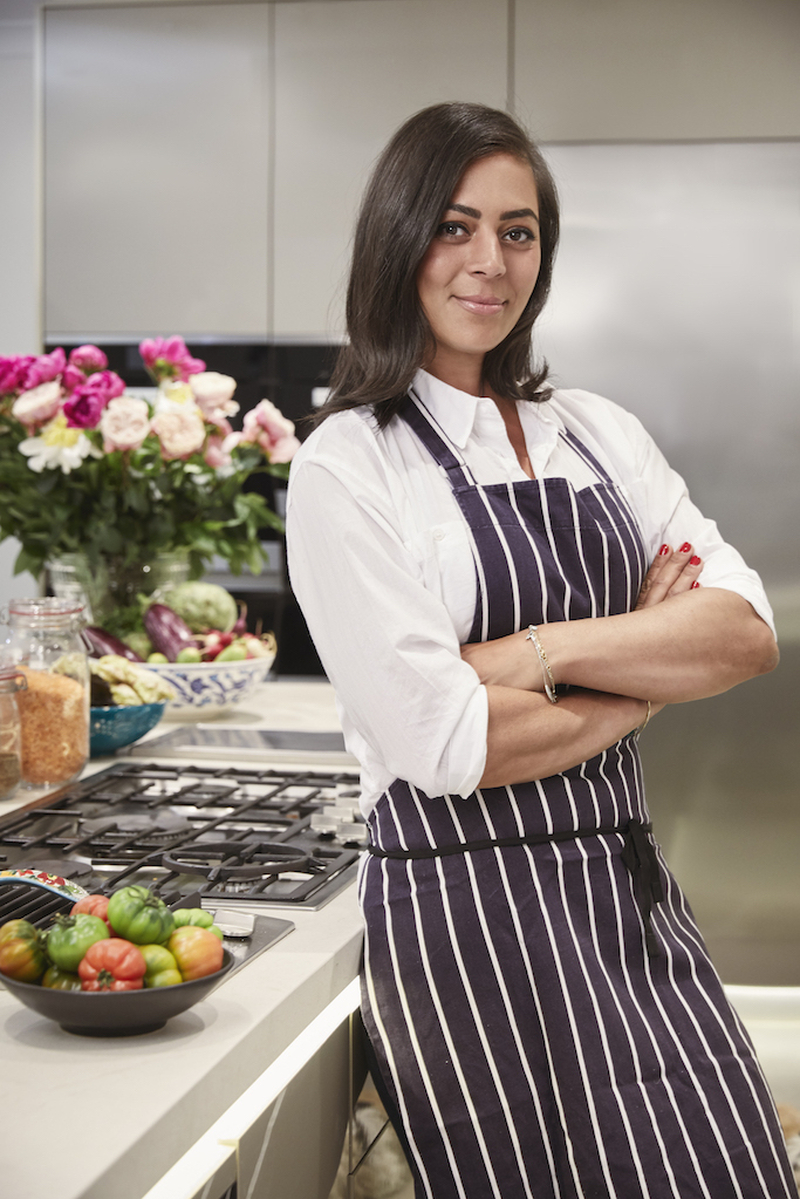 Joudie trained at Leith's School of Food and Wine and has since had a sixteen-year career working at restaurants such as Gordon Ramsay's Pengelley's, Daphne's and Papillon before gaining a reputation as an acclaimed supper club host. Kalla will be cooking recipes from her new book, Baladi, which roughly translates from Arabic as 'My Country'. The book takes the reader on a journey through Palestinian food and culture. The recipes are influenced by the diversity of food from the fields, markets, orchards and sea. After the demo, Joudie will be available to sign copies of Baladi. 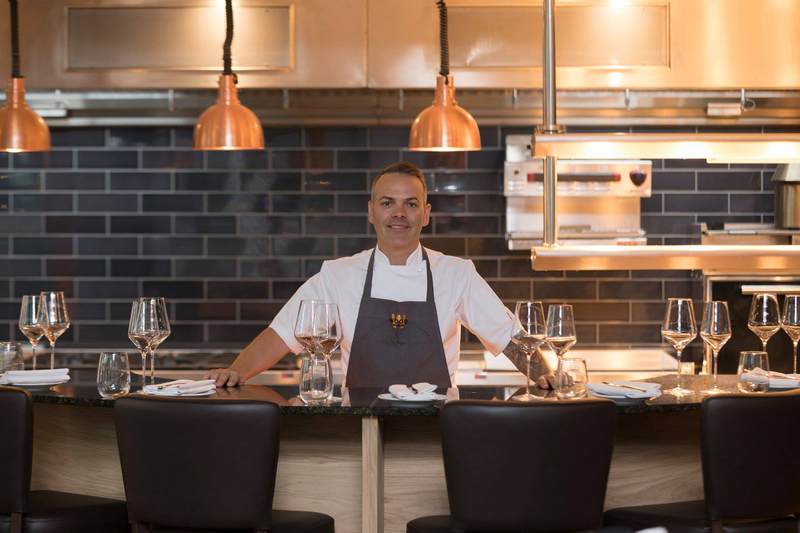 Yes, we know that anyone can pop over to see Simon at his Wood Restaurant on First Street, but this is a rare opportunity to see the 2015 Masterchef champion do a live cookery demonstration where he’ll be creating some of the dishes on his restaurant menu as well as some from his newly released debut cookbook ‘At Home with Simon Wood - Fine Dining Made Simple’. Wood Restaurant is also up for ‘Best Newcomer’ in the 2018 Manchester Food and Drink Awards. 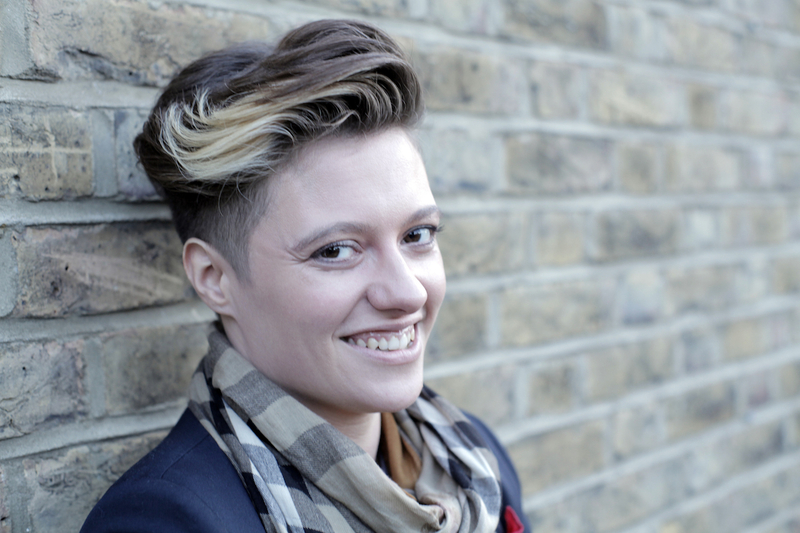 A well-known and influential campaigner against hunger and food poverty in the UK, Jack Monroe was awarded the 2013 Fortnum and Mason Judges' Choice Award for her blog, A Girl Called Jack. She is author of bestselling cookbooks A Girl Called Jack and A Year in 120 Recipes. Her budget-conscious, vegan-led recipes are instantly available on her website cookingonabootsrap.com and in her new book Cooking on A Bootstrap. Monroe will be demonstrating recipes from the book and will be signing copies too. 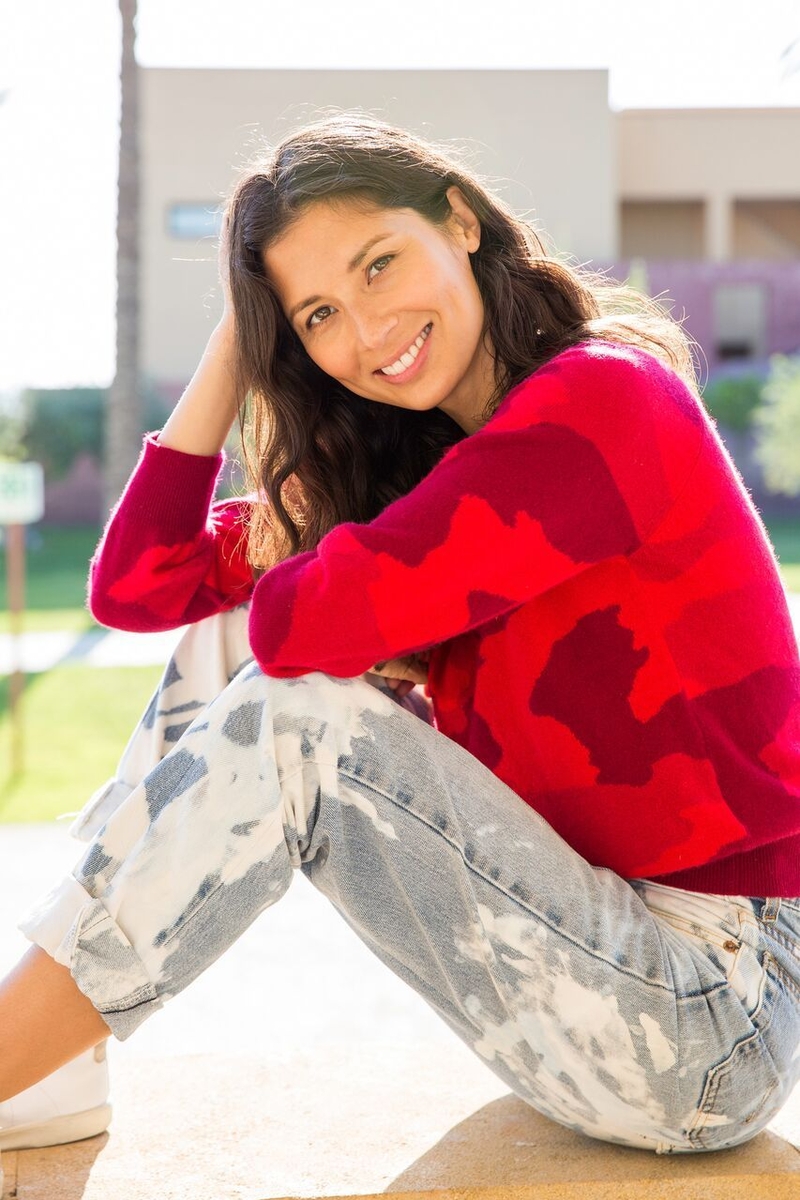 Well-being and lifestyle influencer, founder of Hemsley + Hemsley and author of East by West, Jasmine Hemsley, is coming to Manchester Food and Drink Festival for a special collaboration with award-winning artisan bakery Trove. Trove’s focus on making food from scratch by hand, with organic ingredients and locally sourced produce, will meet Jasmine’s home-cooked and mindful approach to create an Ayurvedic menu inspired by Jasmine’s latest book. Trove’s natural wine collection will be available on the evening too. Each guest will be given a copy of East by West to take home with them. Tickets cost £50 and are available here. 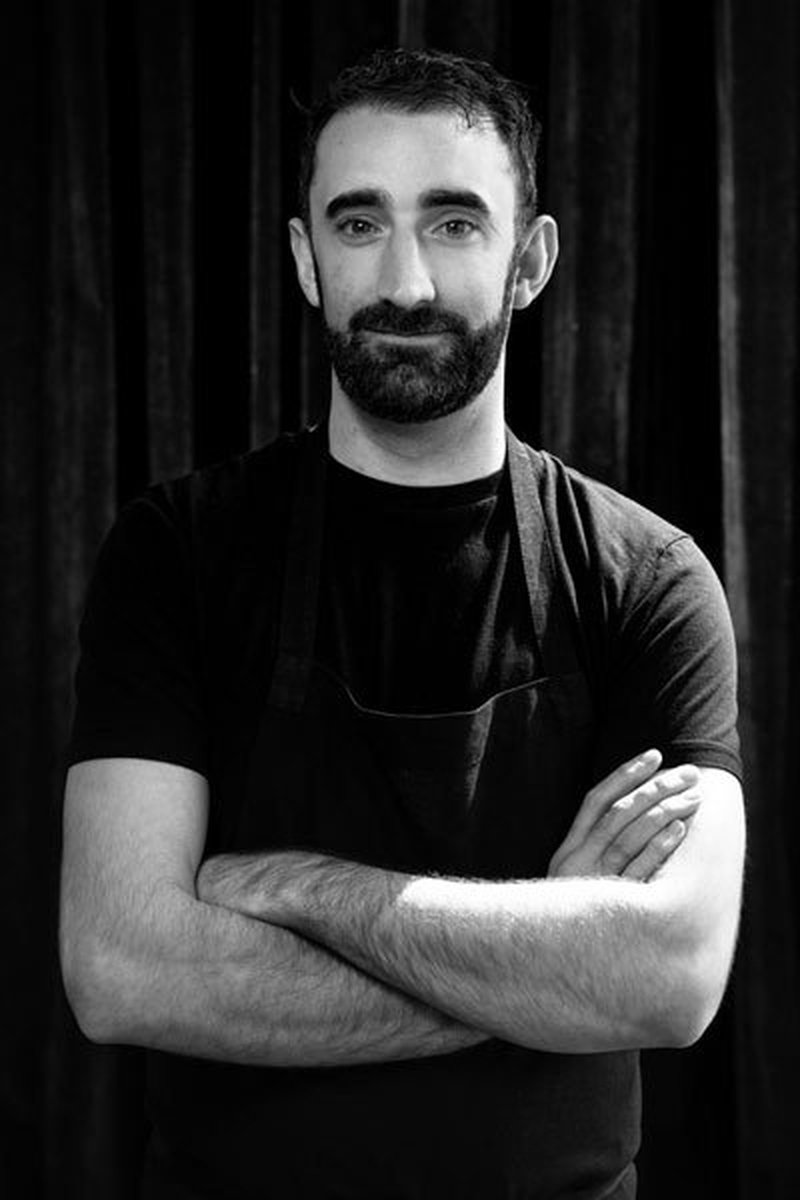 Head chef of the The Rabbit, the boundary-pushing fine dining restaurant on the top floor of Urbis, John Granaghan will be teaming up with award-winning Salford brewers, Seven Bro7hers, to create a special pairing menu with four accompanying beers. 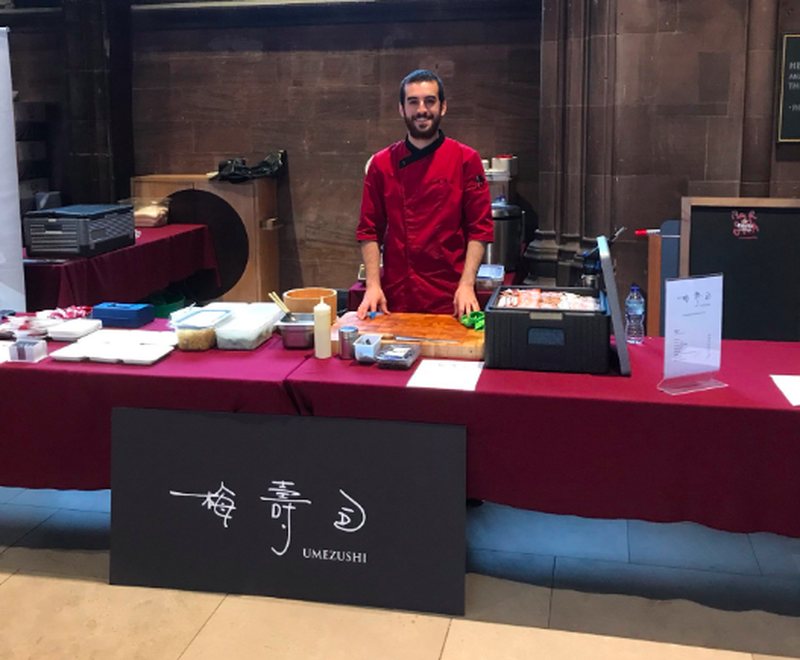 Consistently voted as one of Manchester's best restaurants, chef Omar Rodriguez of Japanese restaurant Umezushi will be leading an 'introduction to tuna' - sharing his experience and knowledge of one of sushi's most revered ingredients. The Canaries-born chef is also shortlisted for MFDF Chef of the Year 2018, while Umezushi is up for Restaurant of the Year. 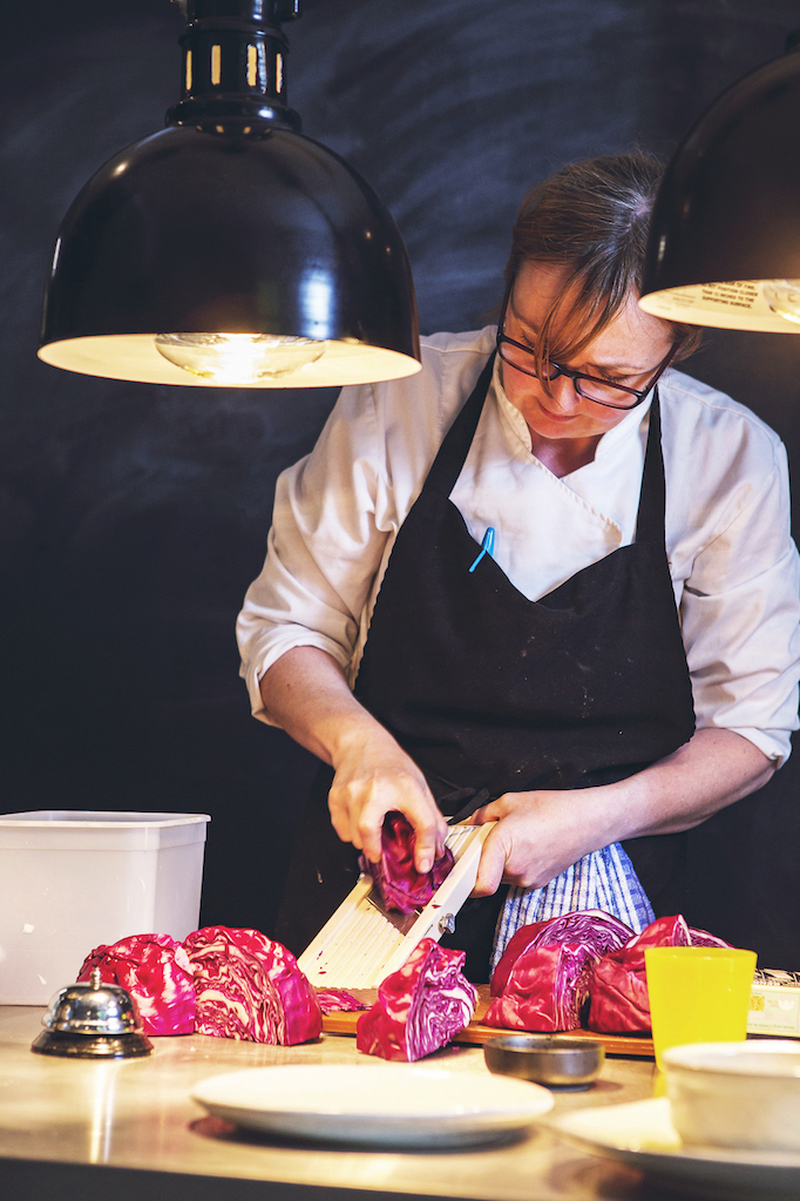 Chef Mary-Ellen McTague spent four years researching and developing dishes for Heston Blumenthal and appeared on two series of the BBC’s Great British Menu, in 2013 and 2014. She is now co-owner of new Chorlton venue, The Creameries and will be heading a masterclass with head baker, Chris Cahill, who will demonstrate the art of creating bread from scratch. McTague will then demonstrate how easy it is to make your own curds at home – cheese and toast doesn't get better than this. 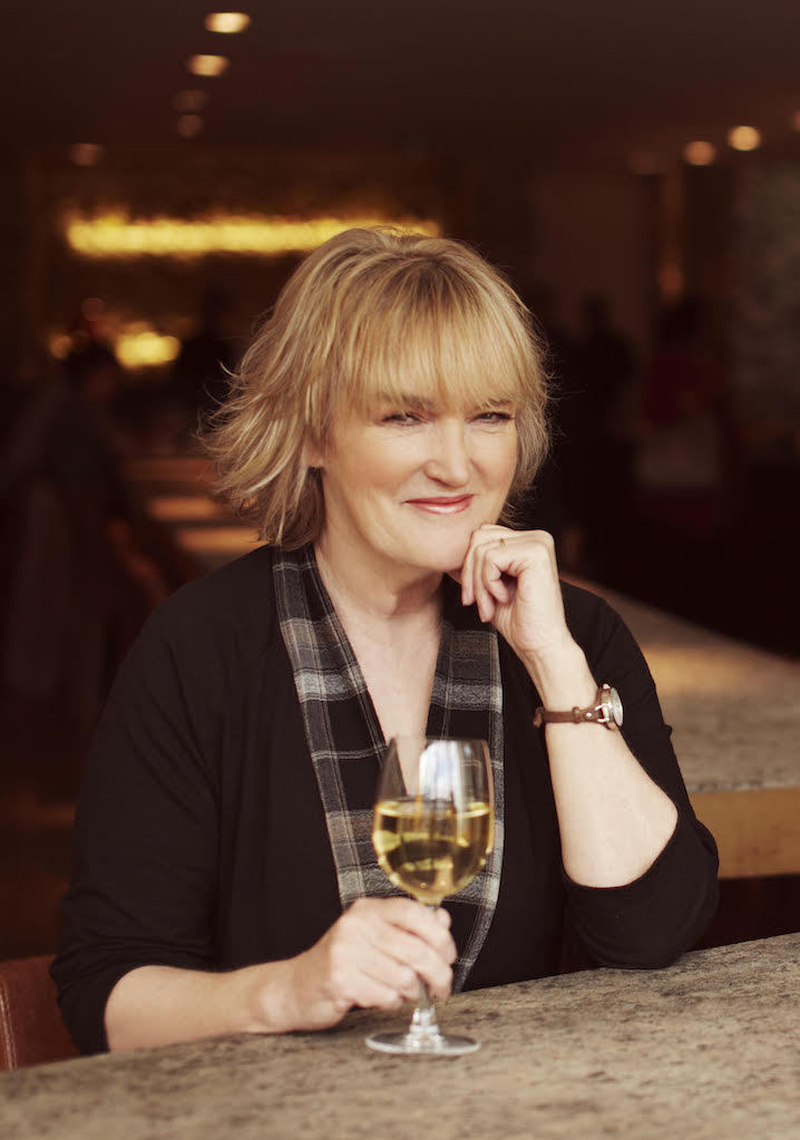 Fiona Beckett is an award-winning food and drink journalist, author and website publisher with over 25 years experience of writing for the UK's top newspapers and magazines. She is currently wine columnist for The Guardian and National Geographic travel and food magazine, and the restaurant critic for Decanter. Fiona (who also happens to be the mum of Hawksmoor owner Will) also publishes her own website matchingfoodandwine.com, which helps readers find the perfect pairing for their favourite dishes. For MFDF, Fiona will be exploring the six wines that have shaped her career. Tickets cost £25 and are available here.

Tickets for all MFDF events can be found on the website.