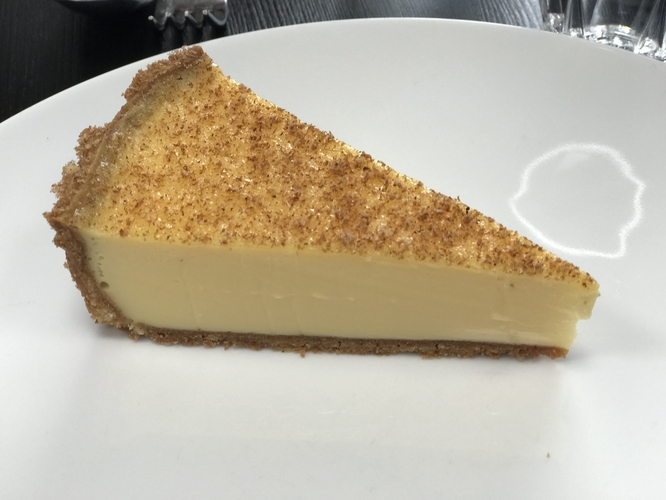 Venison Carpaccio – The Galloping Major, Oddfellows on the Park (£7)

Chef Ian Moss, at this new and beautiful restaurant in Bruntwood Park’s big mansion, has produced an elegant and gratifying dish. The venison carpaccio with pickled mushroom, mushroom purée and crispy shallots comes as a starter for £7. It’s the clever use of the venison that is the winner here. Beef carpaccios can be gorgeous but the character of the venison, that gameyness, brings something extra. The pickled mushrooms add edge as well and the crispy shallots diversify the texture.  Greater Manchester seems to have acquired its first destination restaurant in a park, within the Oddfellows boutique hotel. Jonathan Schofield The former Bird in the Hand straddles the ‘roll your Rs’ borderland between Bury and Rochdale. Up here Greater Manchester Metropolitan County (now boasting that nice Mr Burnham as its mayor) is soon forgotten and I can’t resist ordering cheese and onion pie. A traditional delicacy that puts the Oh! into oozing. Forget Lorraine’s quiche, this has Lanky imprinted on its DNA. It costs £13, but it’s worth it for the melting crust alone before you spill the tangy Lancashire cheese and onion innards on to your fat chips. The metropolitan grazer came out in, mind, as I substituted vibrant peppery greens for the usual (home-made) beans. Neil Sowerby Supper clubs. Remember them? A few years back they were the next big food thing. We were to finally give up on restaurants – with all their pointless PR, sous-vide bollocks and sneaky 12.5% charges – and instead go down endless pork belly (it was always pork belly, good margins) and BYO-plonk in someone’s living room in Trafford for the price of a tram ticket. Ok, so you often had to resist the urge to chin the inevitable supercilious food blogger, but hey, you were pissed and as full as a fat lady’s sock for under a tenner. They died off, of course, like every food trend, but now they’re making a comeback and taking over our restaurants. One of the best currently doing the rounds in Manchester is Firebird Hope, which although sounding like a Pokémon movie, is actually a quest for ‘proper chicken’ from couple Dan Hope and Emma Roberts. Dan is the bird nerd, who achieves quite remarkable levels of juice and flavour in his slow-grown, herb-fed Packington chickens via various (and secret) stages of seasoning, drying, low/high heats, while Emma knocks out fine ‘wild cocktails’ to match. David Blake

Last seen in West Didsbury, keep an eye on their Twitter for upcoming events. This three-storey lamb dish composed of a slow-cooked lamb pie topped with mash, tender rump and kidneys, served on spring vegetables, is (relatively) new head chef Stephen Moore’s pièce de résistance; the kind of dish you’ll be returning for time and again. Bring anyone you can to experience the salty stew, the rare slivers of pink meat and the bitter-sweet intensity of the kidneys before the menu changes again. Each of its dimensions is as impressive as the next. Plus, the buttery mash-topped pie can be bought separately at the bar as the ultimate bar snack. Ruth Allan 39 years ago, I went for lunch at The Belfry Hotel in Handforth, owned by the Beech family; great hoteliers and restaurateurs. I had broccoli for the very first time, served with a lemony-sharp hollandaise. It was revelatory. So was this dish on the new lunch menu at Artisan in Spinningfields. I was blown away with this perfect, simple, elegant dish on a £9.95 two course menu. Took my breath away. Currently best value lunch in Manchester by a country mile. Mark 'Gordo' Garner Every time people start to gush about a particular dish, I’m overcome with a desire to check for faults. Now I must publicly concede that in regard to Hispi's custard tart, you were all absolutely spot on. I’ve read the tweets and seen the Boomerangs showing the nutmeg-dusted tart’s perfect wobble, but it wasn’t until I tried it in 4-D that I fell in love. The crisp, rustic, short and sweet pastry forms support for a smooth, creamy, only-just-set vanilla infused custard which luxuriously coats the tongue. It is a master class in a perfect example of a classic dessert. Deanna Thomas 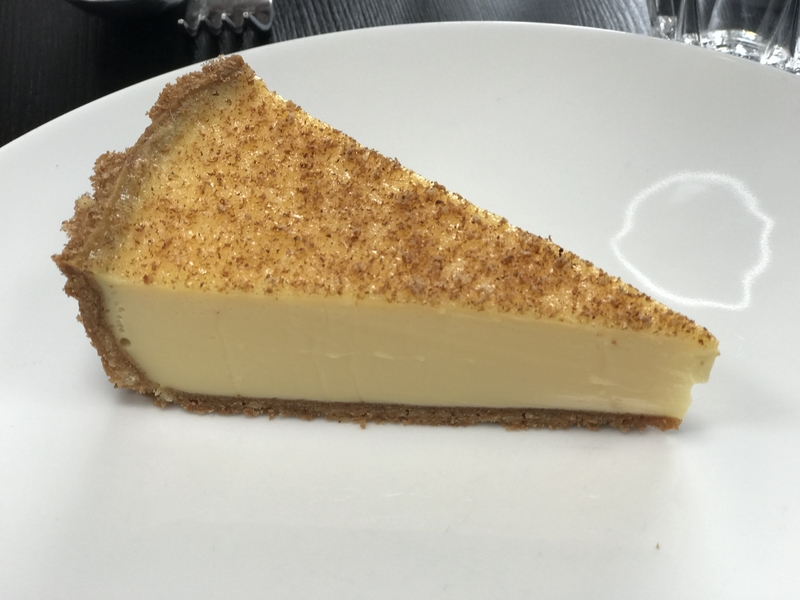 We neglect a groaning cheese board at our peril. Chef Tom Parker’s prodigious talent made him the youngest contestant on this year’s Great British Menu, but his sourcing is equally brilliant. It helps if you’ve got a contender for Britain’s finest cheese shop down the road – Courtyard Dairy outside Settle, whose owners Andy and Kathy trained as affineurs in France, though the bulk of their stock is British (and unpasteurised). You’ll find the likes of Ogleshield, Stichelton, Baron Bigod, Tunworth, Killeen and, of course, Lancashire’s own Mrs Kirkham’s on the menu at Michelin-starred L’Enclume, Forest Side… and this unassuming village pub that punches above its weight, where there’s up to 20 ravishingly ripe specimens on offer at any one time. Ah, if only the desserts weren’t so equally amazing. Neil Sowerby By the very nature of this dish you won't be able to replicate it but I'm going to go ahead and recommend the potatoes with lemon aioli from the Real Junk Food Project anyway. If you've been living under a rock you might not know that The Real Junk Food Project takes waste food from supermarkets and turns it into restaurant-level food. As the chefs react on the spot to the produce they get given, the results vary but the creativity always shines through; like an upgraded version of that neglected culinary classic Ready Steady Cook, it's all about improvisation. These potatoes were my favourite from a recent pop-up, the stolid, mealy potatoes romanced by the sharp fragrance of the lemon aioli to make a side dish that shone. Following their super-successful crowdfunder, RJFP are opening a café soon; we look forward to seeing the results. Lucy Tomlinson