'Rely on pie' - Lord of the Pies, Chorlton, Reviewed 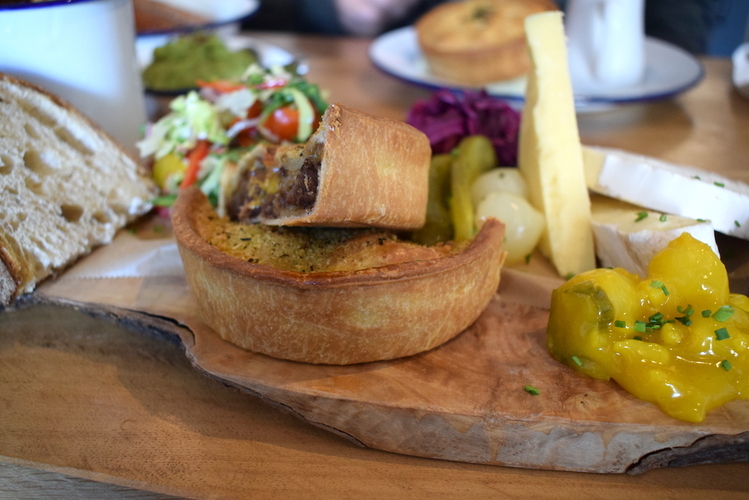 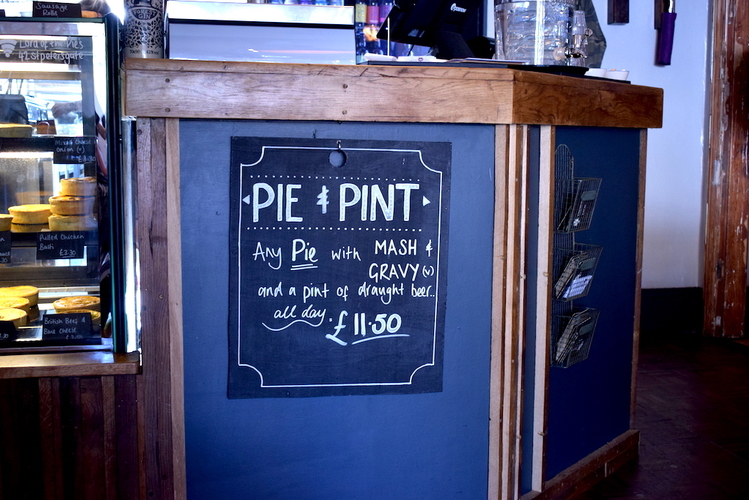 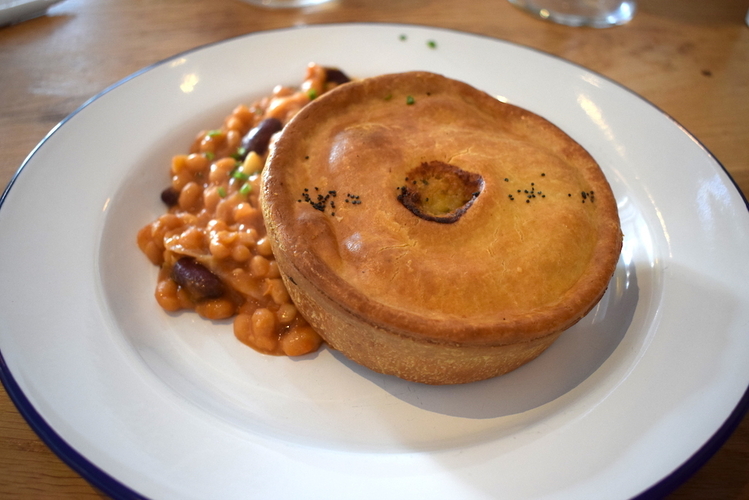 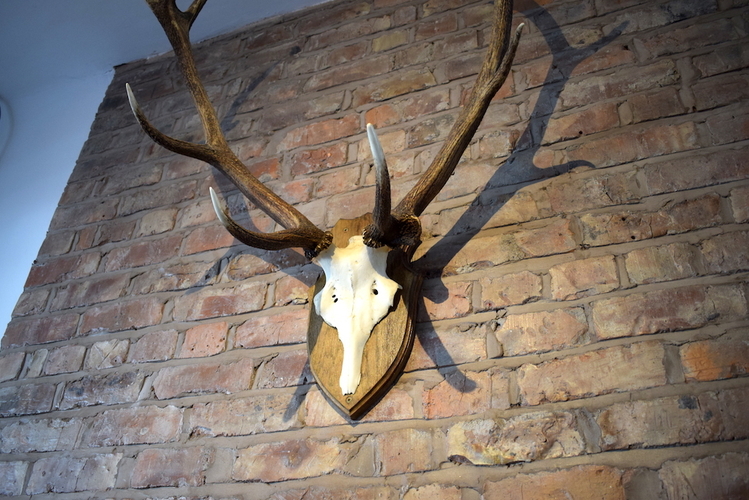 An award-winning pie maker has opened a new shop on Barlow Moor Road, and Lucy Tomlinson finds it a treat

Why are pies so inherently humorous? Once upon a time, I was in the Manchester Royal Infirmary recovering from surgery. The day after the procedure the ward manager came round to take our orders for lunch. “Right love,” she said “you can have something veggie, something halal or a nice bit o’ steak 'n' kidney pie.”

The reason this tickled me was that we were on the urology ward. Most of the patients were there to have a kidney either put in or taken out. I like to believe that asking them if they wanted a nice bit of pie with the aforementioned vital organ was some sort of subtle NHS diagnostic test to check we hadn’t lost our senses of humour on the operating table.

I’m happy to report that no-one’s funny bones seemed in the least bit affected by their hospital stay and the pie was actually very popular. Seems pie might have some healing magic too. 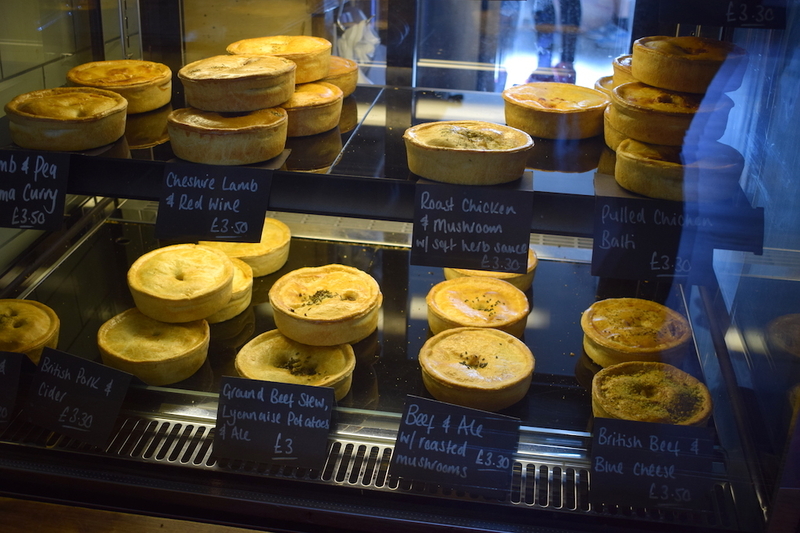 I was reminded of this little vignette when I visited Lord of the Pies the other day. The owner, Oliver Doyle, lost his own kidney to a rare adrenal cancer. He was advised to prepare for the worst but managed to get out of hospital only ten days after surgery (perhaps they tried the steak n’ kidney joke on him too) and back to work after two months. While I’m not claiming it’s the consumption of pies that had him back on his feet so quickly, I think that the love of his business and his product had a lot to do with such a miraculous recovery.

And most impressively, just a year later Lord of the Pies has opened up a new branch in Chorlton (there are already branches in Stockport and Macclesfield). The new shop - I can’t call it a pie restaurant or pie café, but pie shop or even shoppe, seems just right - is a cosy, exposed brick, spindle-back chair sort of place, decoration provided by a stag’s head and a bank of invitingly golden-brown pies. 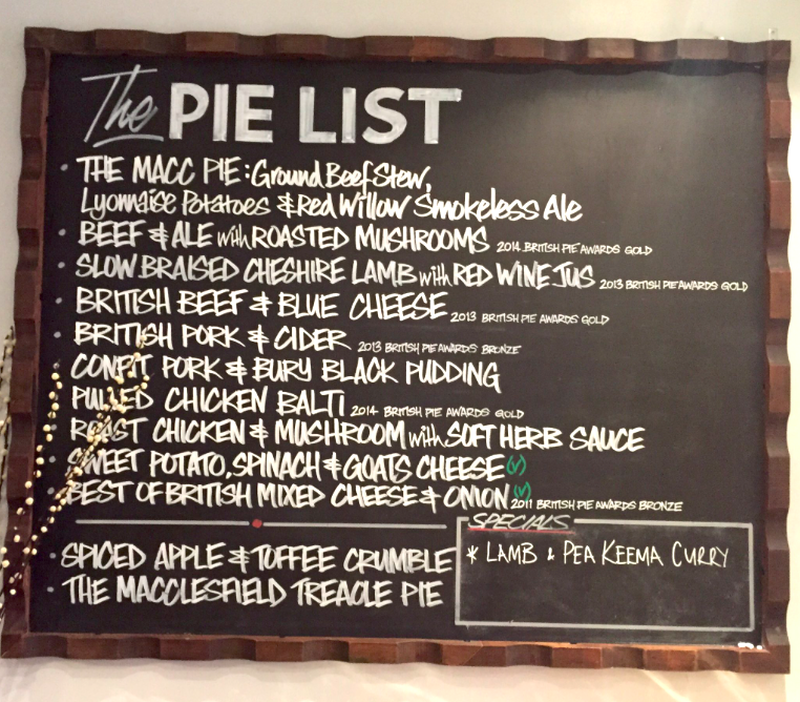 So much for the décor, what about the menu – or rather the 'pie list' as it so brusquely announces. Every pie is £4.50 and many have received decorations from the British Pie Awards. I checked out the website of this august institution (based in Melton Mowbray, naturally) and it made fascinating reading – did you know they have a best Sports Pie class (I have no idea), or a Bride Pie class?

So mindful of the medals, and in lieu of a starter we went for the pie sharing platter, which consisted of your choice of pie served with three types of cheese, piccalilli, onion chutney, pickled red cabbage, salad, potato wedges, and just in case you were feeling a bit carb-deprived, bread. We had it with the beef and blue cheese pie which was very rich and certainly deserved its gold medal. The platter looked beautiful but in the end, pie and mash is where it’s at. Accept no substitute.

I went through a few vegetarian spells in my youth and unlike today’s kids, with their edamame beans and tabbouleh, what we mainly ate was cheese pie and baked beans

For my main I picked the cheese and onion pie served with fiery beans (£7.25). I went through a few vegetarian spells in my youth and unlike today’s kids, with their edamame beans and their tabbouleh, what we mainly ate was cheese pie and baked beans. Luckily this was a fine upgrade on that 90s classic, with homemade beans with a kick (though not quite fiery, as suggested), plus a gorgeous pie with a meltingly good variation of cheese, plus, this is important, not too much onion. When ordering I thought I’d been rather self-sacrificing and taken one for the team by exploring the veggie option, but in fact I think I got the best of the lot. This is a dish to put a bit of meat back on some vegetarian bones, if that is not too much of a contradiction in terms. Finally, we get to the classic combo of pie and mash, in this instance the confit pork with Bury black pudding, served with a side of horseradish mash (£2.50). The pie was solid, with a sturdy crust and firm filling that was given a rich hint of spice courtesy of the black pudding. The mash had the distinctive taste of horseradish without going overboard, but next time I would go for the standard ‘proper mash’. The mushy peas (£2) were the only genuine let-down of the meal as the peas were a bit wet and tasteless.

Think the pie-fest is over? Not a chance. For pud we finished up with a sharing platter of Bakewell tart (£6.95) which had plenty of slightly artificial cherry filling - but that's ok with me. I'll probably never eat so much pie in one sitting again (lest I end up back in hospital), but the £11.50 for pie and pint looks to be an excellent deal.

Later the editor emailed me to find out how it had gone. “I ate a lot of pie,” I replied, groaning slightly to myself, “It was good pie.” The thing about pie is that it has a narrow bandwith, it may disappoint or delight but will never surprise. Lord of the Pies does delight, and makes a great go-to on a miserable day when you need solid reassurance that there are things in this world you can rely on... such as a nice bit o' steak 'n' kidney following a stint in urology.