Look inside: Roti, Sale - an Indian/Scottish fusion where culture is everything

Curiosity in Sale is high – in the half an hour we sit and chat in a glass-fronted unit, four or five people come to check out the menu or just peer into the brightly coloured interior. At 10am on a Monday morning you know this isn’t just people looking for a quick bite but the result of a genuine desire to see something new in the area.

We knew that people were looking for something exciting, something new

The object of all this interest is Roti, which bills itself as “not your average Indian joint”. With eye-catching décor that side-steps curry house cliché but still draws strongly from its cultural roots, it’s a memorable mish mash of Indian and Scottish elements, with a Manc garnish for good measure.

Roti has made the leap from Chorlton to Sale in a time when most are battening down the hatches. The restaurant's success over just a few months of trading, plus a loyal following gained through a busy takeaway service over lockdown, means expansion was inevitable.

When our reviewer visited the Chorlton branch of Roti, he said: "The main feature is an absolutely glorious mural which turns out to be customised wallpaper. It’s vivid, colourful and drags the eye. It reminded of a children’s book I’d had, which had the same colours and showed scenes from around the world."

That eye-catching centre piece is recreated here, with tweaks to reflect the local area. Roti is keen to create an absolutely consistent brand across very different venues. While the Chorlton venue is older, with brick walls and a darker, cosier feel, the Sale unit, in the newly rebranded Stanley Square shopping centre, is lighter and more open.

But what about the food? Well, Roti takes some Indian favourites and runs them through a Scottish filter - or perhaps it’s the other way round. Haggis pakora is a favourite, with our reviewer saying, “it doesn’t get better for comfort food”. Fish and chips are reimagined with a light gram flour batter, masala potatoes and a heap of spicy curried chickpeas instead of your regular mushy peas. Even a simple, beloved snack has been reformulated with street food grammar – a heap of poppadoms is splattered with sauces, instantly making it up to date. 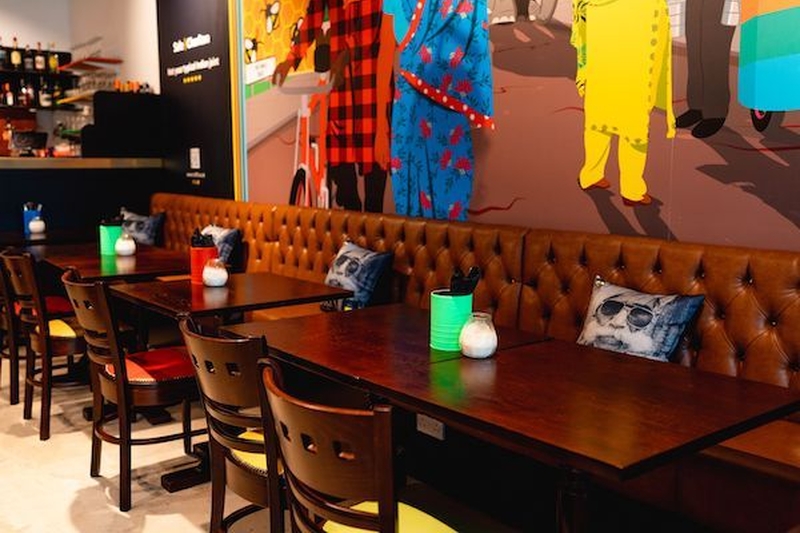 At 10am owner Ryan Singh is already busy with the hundred and one tasks that go into running a new restaurant – and with someone so obsessed with detail you could probably add another hundred to that list. He does, however, have time to talk Confidentials through the process of not only opening a new restaurant just before the pandemic but being ready to open a second branch less than two years later.

Ryan told us: “It’s been busy every single day, which is fantastic, and it’s just been about making sure that every single person who come in the restaurant has been taken care of and we have the impact that we are known for. The reaction has been very positive which is fantastic. So now it’s about sustaining and building on that momentum.”

“Our concept was an Indian street food, not your standard curry house. We did our market research and with the greatest respect, [most Indian establishments] were very traditional, very old-school curry houses, which are absolutely fantastic. But we knew that people were looking for something exciting, something new." 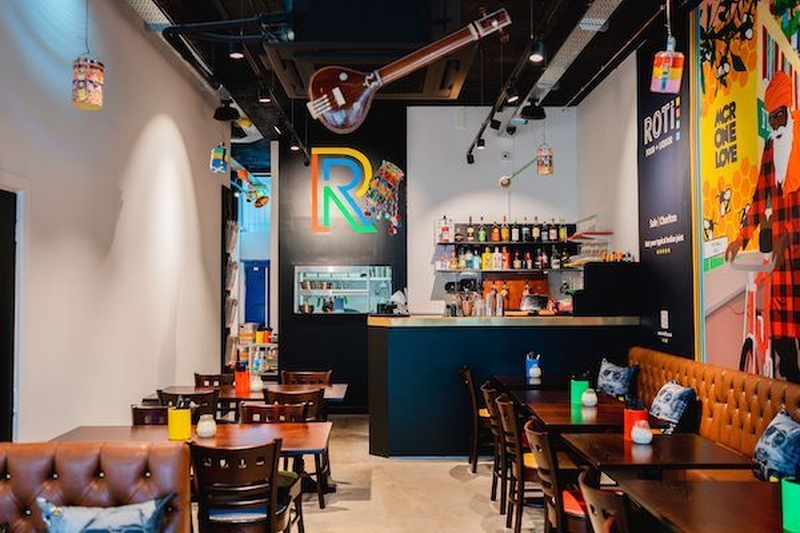 “I had a vision, that it would be well suited to Manchester. Our first restaurant is in Chorlton, which was perfect as a hub, and a destination out of the city centre – it’s a trendsetter."

Once viewed as one of the more conservative areas for food, Sale is suddenly buzzing. Rudy’s has a branch there, and Blanchflower and Sugo Pasta Kitchen are on their way in a new wave of high-quality casual restaurants. Roti was well placed to be ahead of the curve.

I ask Ryan if he thinks now is a good time to open the second Roti. After all there is a lot of opportunity now – people are excited to be eating out again but will also like the idea of staying in the neighbourhood. However, there are also risks, such as the possibility of third wave. He told us: “I think that for multiple reasons it is a good time. We've got that infrastructure now and it gives us an opportunity to cement the foundations. Brand awareness is strong and we can get our foot in the door before anyone else does. So for me it was a no-brainer.”

Roti hasn’t been dealt the best hand when it comes to opening a new venture. First, while the Chorlton venue was acquired in March 2019, “serious issues” with the council meant that it couldn’t open until the December of that year. Enough time to fit in a couple of months of trading before the pandemic hit. While the move to Sale was a lot smoother, the problems with recruiting staff meant that there were a few delays along the way there too. On opening day, Ryan told us, “We had a burst pipe just before we opened – we were meant to open at 12 so we had to open at 3pm. But the execution, even in the first service, was spot on.”

“We've had to manage everything very carefully, just to make sure we don't over-commit. It's very important to get over the mindset of being greedy and try to squeeze as many people as possible that will have a detrimental effect.

'People are now so much more educated about the standard of food they expect and the dining experience as a full package. So it's not just really good food as a strength, it’s delivering an environment, a standard of service and creating that culture." 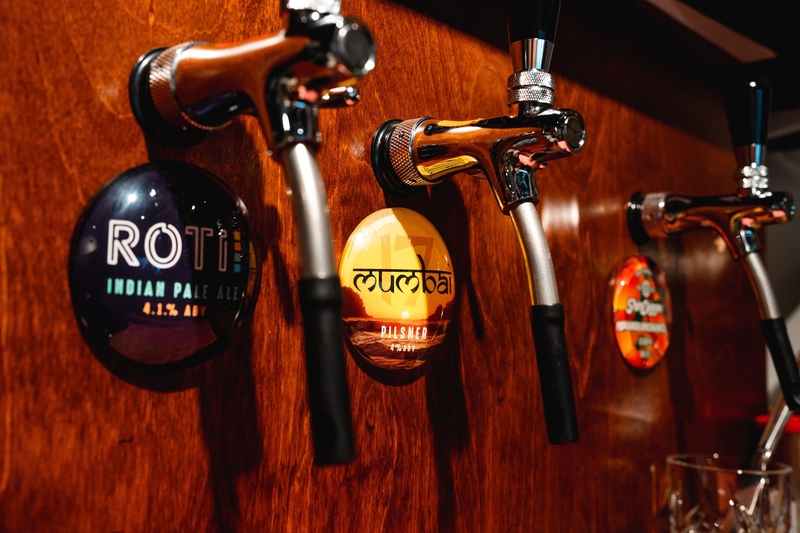 For Roti, along with many other venues, the next challenge is building the right team for Sale. He has been lucky to bring along some trusted staff from Chorlton and recruit some new talent, it's now all about consolidation: "The team that we have identified, we want to allow them to grow the right culture, the right mindset to enjoy company work, give them that platform and give them the tools and ultimately they'll deliver that."

Like many others Ryan thinks that the pandemic has meant that the hospitality industry has lost valuable staff who have reassessed their lives under the enforced time at home. He is determined to make Roti a great place to work: "I don't have time to micromanage people. I want to try and avoid any unnecessary challenges - we're all adults. So if there's obstacles address them. We're not looking for any toxic environments. We don't do cliques."

"For me it's all about infrastructure, it's all about the right personnel to deliver on that, again, if you have the culture, then everything follows from that."

An insider’s guide to eating and drinking on Chapel Street, Salford
What you say
Read Next
● / Mediterranean