As we enter the new tier 3, we all need a pitta good news.

Cult London takeaway What The Pitta have finally confirmed an opening date and address for a Manchester outpost for their award-winning vegan kebabs.

Feels like we have been waiting forever for this one.

Recently voted the UK’s number one kebab at the British Takeaway Awards, What The Pitta will open on Back Turner Street on January 8th 2021.

What’s more, they’re offering 100 free kebabs that will be dished out to people who sign up to their SMS mailing list before opening day. - Text WTPMANC to 82228 to be in with a chance of nabbing one. Excellent news if you’re short on dough after this pitta-ful year. 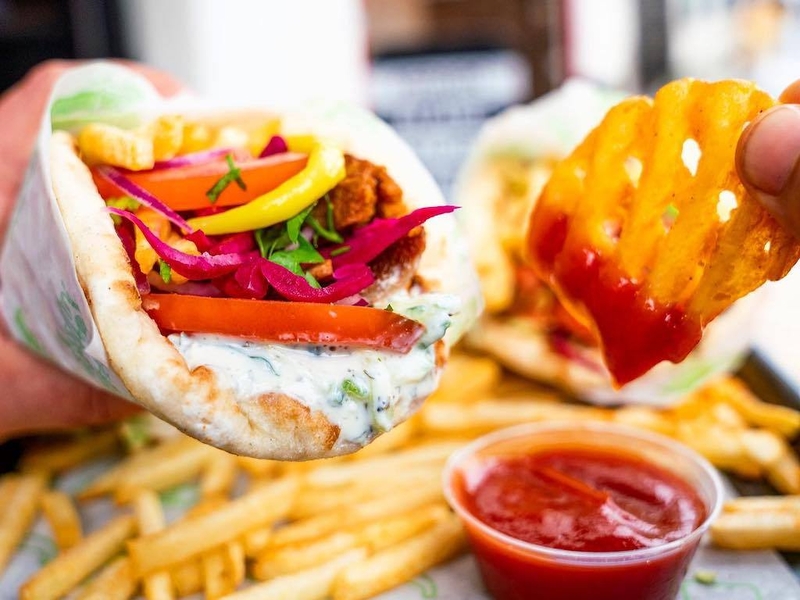 Tiers allowing, What The Pitta will offer delivery, takeaway and eat-in options.

The menu will be stuffed with favourites from the popular London and Brighton venues. Vegan doner ‘meat’ features heavily in wraps crammed with crispy salad and pickles or scattered over fries, but there are vegan nuggets, falafels and waffle fries too.

Their classic vegan doner recipe, made from carefully seasoned soya, was passed down to co-founder Roj Gul by his uncle in Berlin. His friend Cem Yildiz had just given up meat and dairy after having been a life-long carnivore and was lamenting the lack of decent vegan takeaways. Roj reckoned his uncle’s recipe was just the ticket. Two weeks later the pair opened their first pop up in trendy Shoreditch and the rest is history.

Cem Yildiz says of the opening: “Manchester feels like a huge step forward for What The Pitta. The site will be our biggest brick and mortar site yet, and to finally open during what we hope is the tail end of this pandemic fills us with optimism for the future for not just us but hospitality as a whole. Manchester is my favourite city outside of London, with such an incredible food scene and we can’t wait to be a part of that and hope the city welcomes us with open arms ready for their vegan kebabs!”

Manchester is fast becoming one of the best locations in the UK for vegan food with many more people choosing to cut out meat and dairy from their diets. This should be a welcome addition to our fast and tasty food scene.

Read again: That's the spirit - A round up of Manchester rums