What? Taco Tuesday from Wolf At The Door

The team behind Wolf At The Door (formerly Wilderness) know a thing or two about adaptation. Launching with huge fanfare as a highly stylised restaurant and cocktail bar, very much focused on its skilful kitchen team and innovative cocktail menu, they changed their name a few months in and then shortly after that completely overhauled their menu from Scandi-esque, NOMA-influenced small plates to more wallet-friendly (and arguably more NQ) tacos and bao.

Nonetheless, they took a bit longer than some to transform their operation to adapt to delivery so it was good to see them make a comeback. This one caught my eye as it seemed to be taking itself a bit less seriously than some, offering a simple beer and nibbles package for a hassle-free taco Tuesday. Wolf At The Door goes boil-in-the-bag.

The package for two people consists of everything you need to put together ten tacos. It includes a choice of two fillings from a list of four (two meat and two vegan), corn tortillas, toppings, sauces and a ‘lucky dip’ of four beers. There's also a paper bag of tortilla chips included, I would have loved some nacho cheese sauce to go with them. It costs £25 plus £2.50 for delivery. Contactless collection is also an option. There are add ons like frozen margarita pouches, bottles of tequila, extra beers, natural wine and soft drinks but there isn’t an option to buy tacos without booze included. The package is fun, colourful and includes some stickers.

This is for people who aren’t really into cooking as it’s more of an assembly job than anything. Pop your beers in the fridge a couple of hours before tea time then grab some pans and you’ll have your food ready in under ten minutes. The corn tortillas need a couple of minutes warming in a frying pan - we fitted three at once in ours - then stacking to keep warm. You can do this towards the end of the cooking time for the fillings which just need boiling in the bag. Snip and tip the warmed fillings into a bowl and then assemble your tacos from all the other tidbits - following the handy cartoon diagrams which come with the package if you need to. It’s first year uni student level cookery.

It’s not fancy-pants, but the ingredients are good quality and the tacos are authentically corny and chewy. Our lucky dip selection of beers included Mexican Sol, American Brooklyn lager, Jamaican Red Stripe and Scottish Schiehallion - with travel not really an option right now, this quick whizz around the world of beer is a welcome frivolity. The fillings are decent - we preferred jerk chicken to hoisin mushroom of the two we chose (the alternatives were vegan currywurst or pork pibil). Despite thinking ten tacos would only really equate to a starter and worrying we might have to stick a frozen pizza in after all, that wasn’t necessary. I would have liked a bit more sauce but otherwise everything was portioned well.

Tacos and beer, it’s something we really missed from pre-lockdown days - if only we could add in that extra magic ingredient of a group of mates to share them with. In hindsight, this one would have been perfect for a group Zoom party.

A lot of these cook-at-home packs involve an intimidating amount of cooking and logistical juggling. If that’s what you’re into, it can be part of the fun. But if you just want a fun, speedy alternative to a takeaway to perk up your week of seemingly never-ending cooking, hunt this one down. 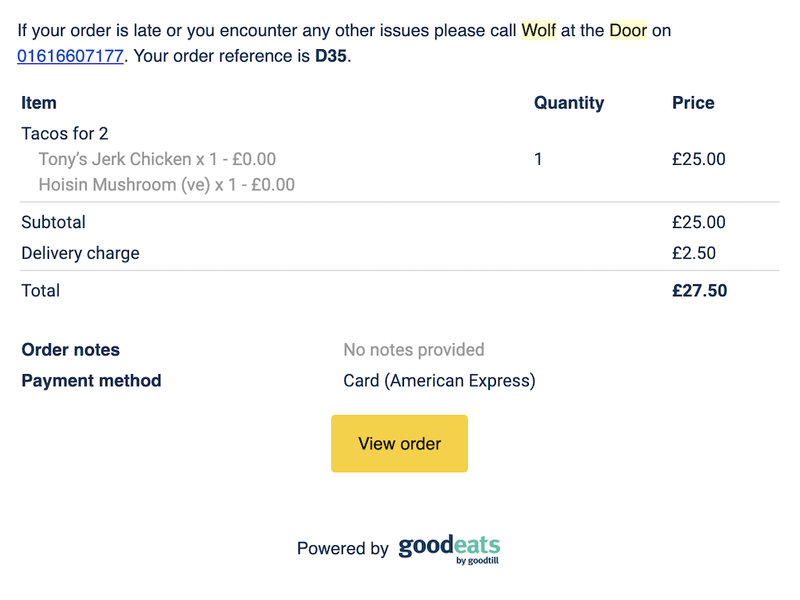 You wouldn’t pay much more for four beers and ten tacos on taco Tuesday in real life.

Cute use of monster stickers and colourful flyers. Some packaging was compostable. A little plastic. Very friendly delivery person, dropped off and left as requested.

The tacos are authentic and fillings are quirky. We were more full than we expected to be from five smallish tacos each.