Our much-loved restaurants may have closed their doors for now but in the kitchen at Lily’s it’s nearly as busy as ever.

In fact, they’ve gone into mass production of their moreish vegetarian curries to make sure that the key workers in their community have the food they need to sustain them and help them continue their hard work. And what lovely food. Anyway, they deserve it.

The team at Lily’s may be hard at work in the kitchen but their loyal customers are also playing a vital role. Last week Nila Garara and family of Oldham contributed to cause whilst this week’s food parcels were funded by Bhupendra Kotecha and family from Blackburn and Lily’s.

We may miss your food but it’s brilliant that there are people out there enjoying it, and my goodness, they’ve earned it. 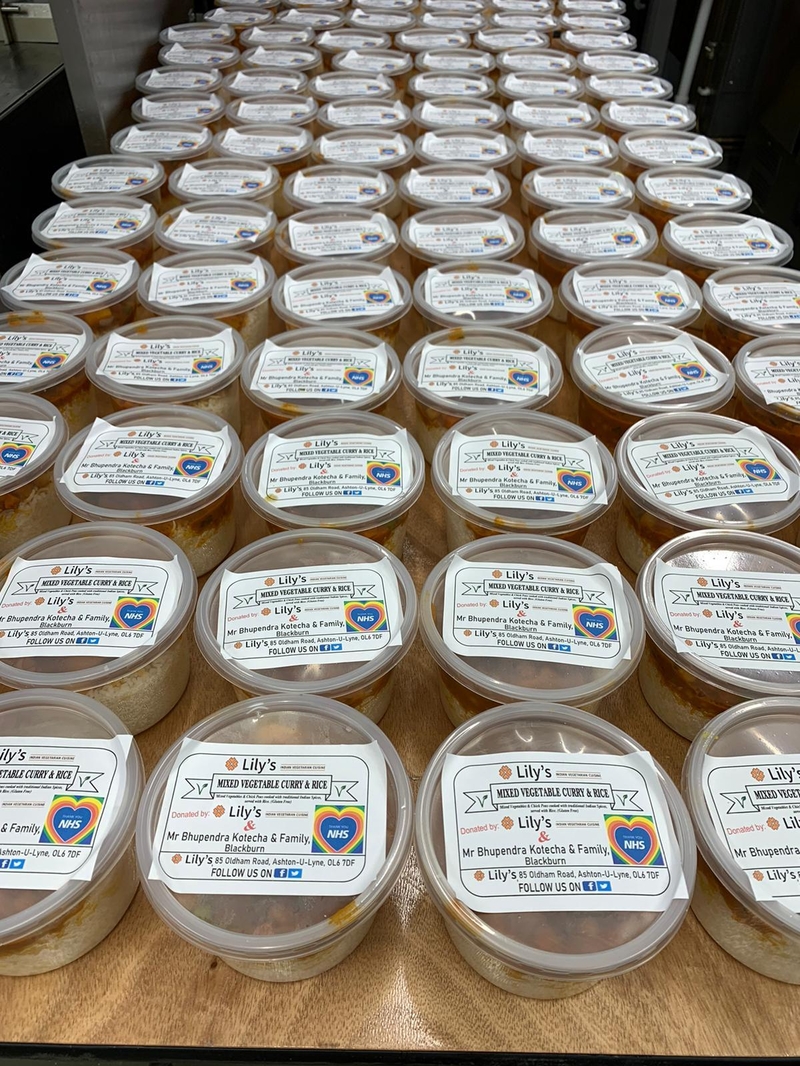 Manchester is a city of jukeboxes
Read Next
● / Architecture