The team behind the award-winning Indian restaurant Lily’s Vegetarian in Ashton have just revealed that they are to open a new deli in Chorlton in a few weeks.

They have only just got hold of the keys to the new place, which is on Manchester Road in close proximity to other local food shopping favourites Barbakan and Unicorn.

Longstanding customers will remember the original Lily’s Vegetarian restaurant, which opened over ten years ago on the side of ASM, the Ashton cash & carry that they were also running at the time. It was a little café and takeaway place with basic tables and a deli counter piled up with brightly coloured Indian sweets and freshly made savouries. The new deli is expected to be a similar set-up.

At the start of 2019, Lily’s went large and relocated from the original café into a much bigger restaurant over twice the size just across the road (reviewed here). The restaurant’s reception area doubles as a dedicated deli, which has been so popular the team now have the confidence to grow the business even more.

The original café began to gather the attention of local food lovers and was eventually reviewed by Guardian critic Marina O’Loughlin in 2014 who said, “It’s not pretty. Not pretty at all. But it’s wonderfully, heroically cheap.” Lily’s has also been listed as a local gem in the Good Food Guide for a number of years and has been named best neighbourhood restaurant in Manchester food and Drink Awards.

It’s early days and construction work is about to begin, but customers in South Manchester will now find it even easier to get hold of Lily’s Guajarati specialties.

“We’ve got the unit which is now getting done, but at the moment it’s just plain brick walls,” explains co-owner Parul Chauhani. “We’re hoping to get open within the next six weeks, so we’re looking at some point in September. Obviously it’s not going to be as big as the new restaurant. We’re going to call it Lily’s Deli.”

Have the new social distancing measures their affected plans? “We don’t know yet if it will remain how we originally wanted it, but we can always space people out to make sure it’s safe and there’s obviously a big emphasis on take out,” explains Parul.

“There’s no way we’ll be able to offer the full Lily’s menu there but there’ll be a range of our Indian sweets and freshly made savouries. We are going to have a kitchen but we haven’t decided exactly what we’ll be selling beyond that yet as we’re still working on the menu.” 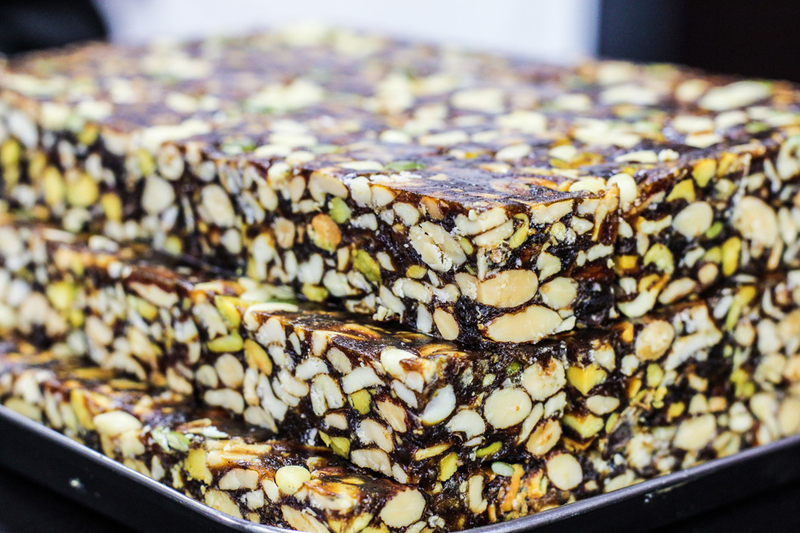 What made them decide to expand the business even further? “My nephews and brothers have been looking around for a while. We’ve even looked for a place in Manchester as we’ve had so many customers asking us about it, so when this place came up in Chorlton it looked like an opportunity not to be missed really.”

We already know that the Lily’s team never stand still. They even managed to find a way to keep busy during lockdown when the restaurant had to close, by cooking meals for NHS staff in Greater Manchester hospitals.

“Initially it started with us deciding to donate food to Tameside hospital,” explains Parul. “Then so many other people wanted to get involved and put money towards it, we expanded and started taking food round to other nominated wards in chosen hospitals. It was quite a lot of work to co-ordinate and distribute but it kept us busy and we really enjoyed it. We had a really good response from people just wanting to find a way to thank the NHS and certain departments they were connected to. And the messages of thanks we got were really overwhelming.”

So word is out, soon the people of Chorlton won’t have to travel all the way to Ashton to get hold of Lily’s Guajarati goodies. Lily’s Deli will open on Manchester Road in Chorlton in September 2020.

Read more: Interview - A year in the life of Lily’s Vegetarian Indian restaurant