Let El Taquero take you on a Mexican culinary adventure

It’s not easy for hardened, experienced food lovers to find much that is new in a world where the average supermarket stocks everything from edamame beans to spice blends. Yet from first visit, El Taquero (Manchester’s first and only genuine taqueria) immersed us into a world of genuine Mexican dishes, cooking techniques, ingredients and levels of flavour that had our mouths doing the hat dance.

It started as a bit of a heart project for El Taquero’s owner Simon Pogson, in homage to the beloved Mexican family holidays of his youth. But over the past twelve months, El Taquero has developed into a genuine corner of Mexico hidden away within the backstreets of Manchester’s Northern Quarter.

Many cultures boast a generous welcome with food traditions at their heart and Mexico stands proudly among them. Rid yourselves of any preconceptions you might have about Mexican food, because the American influenced Tex Mex junk of mass produced tortillas, dips and nachos smothered in generic cheese have no place in Manchester’s taqueria.

Instead, you’ll find sopes, antojitos, carnitas, quesadillas and tostadas; the flavours of which can be transformed by a dip into various home made chilli-based salsas. El Taquero is the place to make new culinary discoveries like delicious cactus salads and freshly made quesadillas stuffed with cheese and ‘huitlacoche’ - a mushroom-like delicacy that grows amongst maize (otherwise known as ‘corn smut’).

Their drinks menu is just as much of an adventure, from a diverse range of mezcal and tequilas, frozen margaritas and cocktails, to Mexican non-alcoholic drinks such as the typically refreshing ‘aguas frescas’ you’ll find in every Mexican home, infused with hibiscus flowers or tamarind pulp.

Mexicans like to pimp up their beers by adding fresh lime, spices and assorted salsas to create ‘cheladas’. We can’t even begin to imagine who first came up with the idea of mixing Mexican beer with Clamato (clam broth flavoured tomato juice,) lime, salt and salsa but what an utterly fantastic combination. All it missed was a garnish of sunshine and a beach on the side.

Street food is practically an art form in Mexico, so it would be unusual over there to have so many regional specialities under one roof – think of El Taquero’s menu as an edible tour around the country. 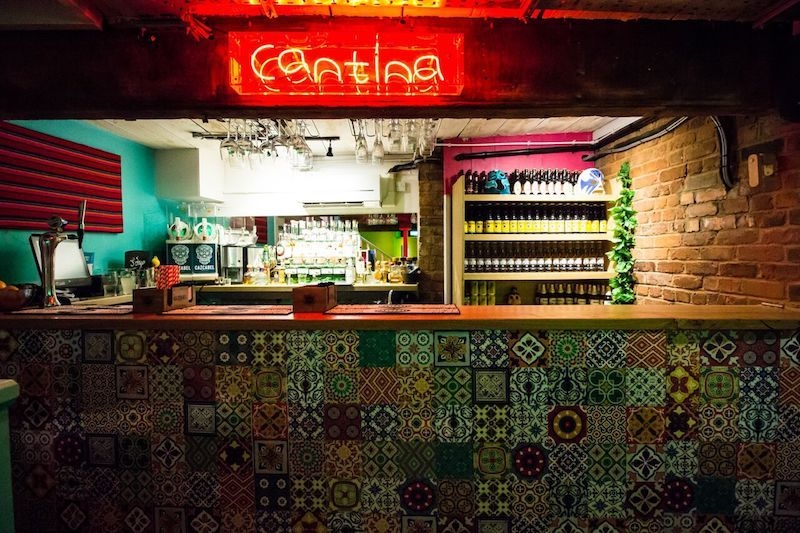 Originally from central Mexico, try al pastor, a tower of spit roasted marinated pork similar to a Turkish kebab. From the north, Camarones Baja, or deep-fried shrimp tacos with a chipotle dressing.

The region of north Pacific coast, including Guadalajara, is widely thought to be Mexico’s gastronomic centre, represented by dishes such as slow-cooked beef birria, and fish dishes including marlin which El Taquero smokes in-house to serve on ‘tostada de marlin ahumado’ a crunchy toasted tortilla topped with black beans, creamy sauce and avocado.

The rugged mountains of the Bajio region have inspired carnitas; tacos topped with both the crispy and soft bits of tender pork collar. This region is also the birthplace of a traditional dessert you’ll find at El Taquero, ‘flan de cajeta’ made with a goat’s milk caramel - and a touch of mescal, of course.

Chillies are a speciality of the ancient highlands of Oaxaca, Guerrero and Chiapas on the south Pacific coast, where it’s not just the many varieties that can affect the taste, but the toasting, the rehydrating and the stage at which the chilli is added to dishes. El Taquero’s Mexican chefs take no short cuts in the process of preparing the daily salsas, chillies toreados, chipotle, habanero dressing and axiote paste. 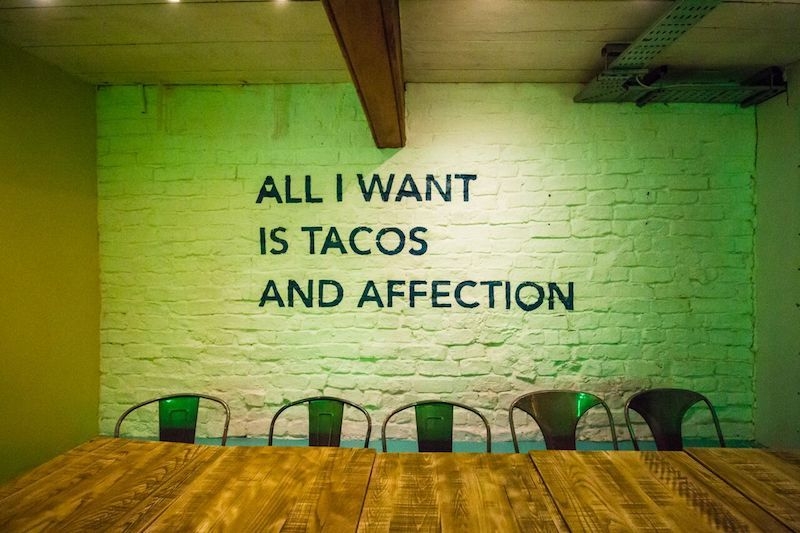 Obviously corn, the base component used to make tortillas, which in turn form tacos and tostadas (see below), is a hugely important part of Mexican cuisine (there are well over forty different types of flour tortillas in one region alone.) To make sure they can offer as authentic a Mexican taste as possible, El Taquero import many ingredients. All are stamped with the ‘hecho en Mexico’ (made in Mexico) label, which mark their authenticity. El Taquero has adopted this mark of quality in their ‘hecho en Manchester’ logo.

It has been one year since El Taquero opened and over the course of time they have refined their menu, perfected their dishes and have attracted a number of Mexican staff who are rightly proud to show off their nation’s very special food and drink. Manchester’s only genuine taqueria has also attracted those who come looking for a food adventure and find it in this very special hidden gem.

Do you know your tortilla from your taco?

If Mexican food is still a minefield to you, take a look at our simple guide.

Tortilla– Dating back to the Aztecs, tortillas are a type of unleavened bread made from powdered maize, or very fine corn flour, and water. They are rolled into a flat circle, cooked on a hot griddle and eaten either on the side of a main dish or used as the base of other dishes.

Tacos –A corn tortilla folded or rolled around any filling including beef, pork, chicken, seafood, vegetables and cheese. Generally eaten with the fingers, often garnished with chilli, avocado, coriander, tomatoes, onions and lettuce.

Sopes– A thicker tortilla, roughly the size of a fist, with pinched sides to hold a topping in place. Topped with meat or veg then garnished with refried black beans, crumbled cheese, lettuce, onion and salsa.

Tostada– Spanish for ‘toasted’, a tostada usually refers to a flat or bowl-shaped tortilla that is fried crisp or toasted. This may refer to any dish using a tostada as a base, or it can be eaten on its own.

Quesadilla– A folded tortilla filled with cheese and other ingredients

Click here to find out more about El Taquero 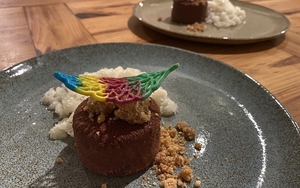 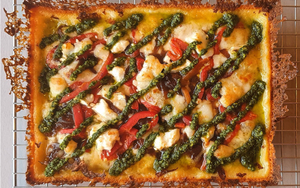 The slice is right: 10 of the best pizzas in Manchester delivered to your door
● / News & Comment