A round up of some of this week’s most interesting news, in case you missed it

IT isn’t easy trying to keep up with the goings-on in a large, bustling region such as Greater Manchester, so we’ve rounded up a few of the most interesting food and drink stories of the week. There have been nominations for awards, launches of new products, chefs moving about, venues closing, opening and shaking all about…. 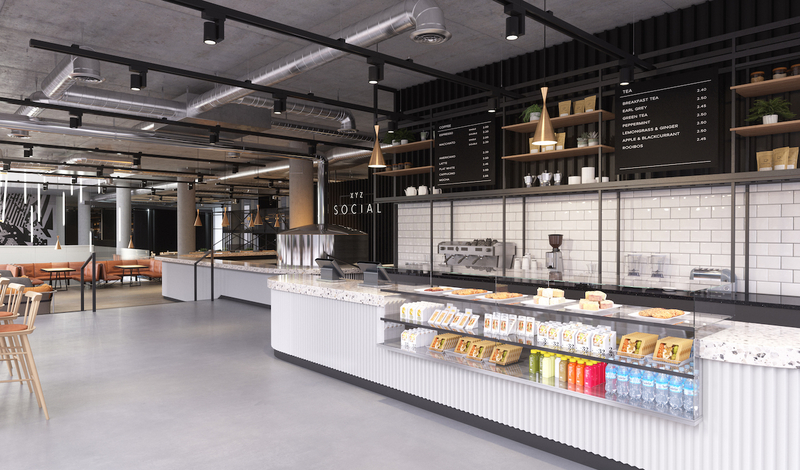 A new restaurant, bar and social space is coming to Spinningfields, courtesy of XYZ Work. Due to open August 5 on the ground floor of the XYZ building, XYZ Social will be available to both existing members and the public. The fluid space is hoping to cater to every aspect of the working week including breakfast in a hurry, client meetings and post-work socialising.

The bar and kitchen will be the heart of the open-plan space, serving food and drink, including XYZ’s signature Spritzers and local brews, until late. The all-day food menu uses local suppliers from the neighbouring areas and spans breakfasts to pizzas with ‘social signatures and seasonal’ toppings.

Anthony Powell, Managing Director at All Work and Social, said: “It is essential that our members and neighbouring community have access to flexible, approachable and relaxing spaces which complements and supports working life. XYZ Social is an essential investment towards the way we will work in the future.” 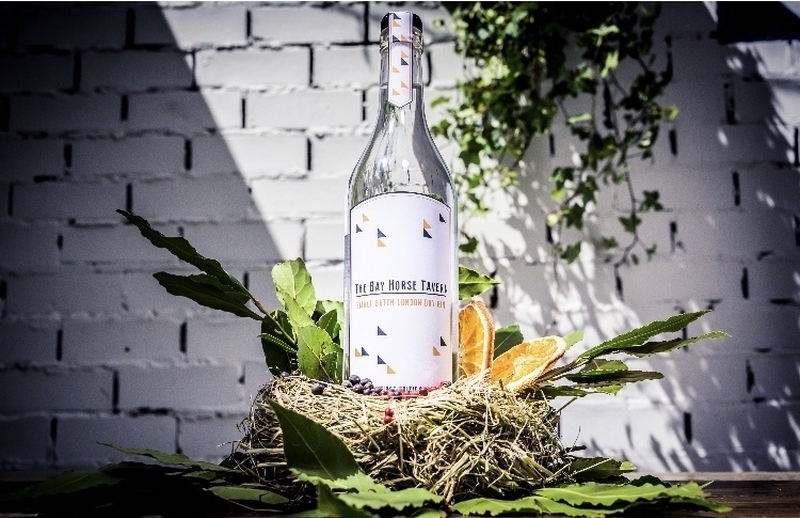 The Bay Horse Tavern will launch its very own branded gin this June, which you can enjoy in their hidden Gin Garden. In partnership with Portobello Road Gin, ‘The Bay Horse Tavern Small Batch Gin’ will be available for guests to enjoy in classic cocktails or take home for £30.

The bespoke spirit pays homage to the pub’s history, where alcohol was first sold around the time of the first Gin Craze. Botanicals include fresh bay leaf, picked directly from The Liars Group Director Ferguson’s back garden, alongside dried hay, pink peppercorns and juniper. Head of Drinks Adam Wilson is also developing a range of new cocktails for the more adventurous drinker – each designed to complement the aromas in the new gin.

The drink is only the first in a series of four new gins from The Liars Group owners. Next up will be a more extravagant offering to celebrate Science + Industry, closely followed by a Liars Club ‘Totally Tropical Gin’ and Crazy Pedro’s mezcal-inspired spirit. 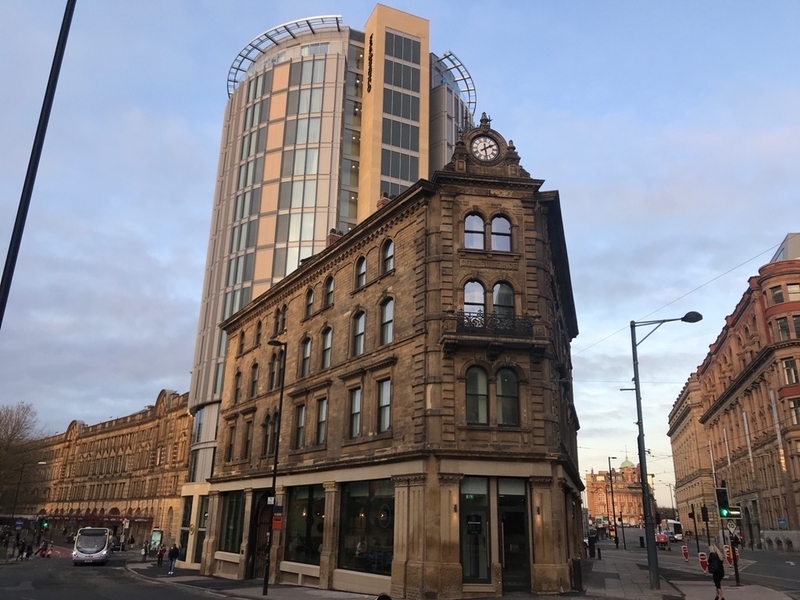 Hotel Indigo Manchester has been shortlisted in the Best Hotel of the Year category at the Manchester Awards 2019, following a high number of nominations from the public. The Victoria Station hotel has its own restaurant, Mamucium, led by chef Andrew Green, as well as 187 guest rooms and balcony suites overlooking the city centre.

James McDevitt, General Manager, said: “We are absolutely delighted to have been shortlisted in the Best Hotel of the Year category. The reception we’ve had since opening has been so overwhelmingly positive and we’re proud to have established ourselves as a leading hotel in the city.”

The annual Manchester Awards is in its second year and aims to recognise everything that makes Manchester great, from restaurants to shopping centres. 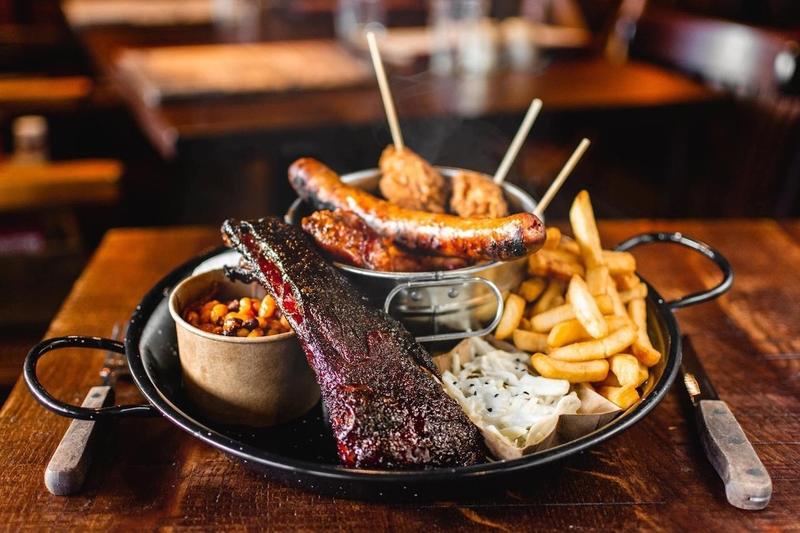 The Boddington Arms in Wilmslow has shut its doors to reopen as all-American Hickory’s Smokehouse. After being rebranded to Harvester in 2016, the venue will undergo another transformation before opening as the popular barbecue-style restaurant, known for its Southern-style hospitality.

Changes to The Boddington Arms building will include a new repositioned front entrance, canopy, veranda and external cladding. The move comes after Hickory’s planning application to extend the nearby Unicorn Inn was withdrawn following a campaign from local residents. Hickory’s have also announced plans to open in Poynton, alongside this successful takeover. 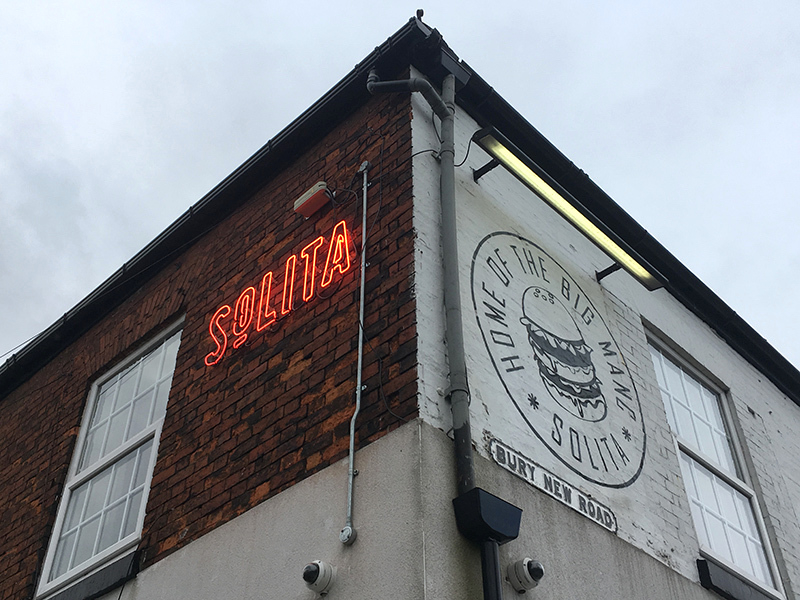 Popular burger joint Solita unexpectedly closed its Prestwich site this week. In the next few months, the restaurant will relaunch with a new concept and expanded site, including the neighbouring former hardware store.

The sudden news was posted on the group’s Twitter account on Tuesday, leaving frustrated diners with cancelled bookings in the upcoming weeks.

Addressing the issue of existing bookings, owner Franco Sotgiu said: "Absolutely no customers will be left out of pocket. All of our managers are contacting people as priority. Anyone who's paid a deposit can have that refunded straight away, and we can accommodate people in our other sites.

Plans for the relaunch are being kept under wraps but the Prestwich site aims to appeal to a more drinks-led crowd. The Didsbury and Northern Quarter branches of the restaurant, known for its unusual specials, will remain open. 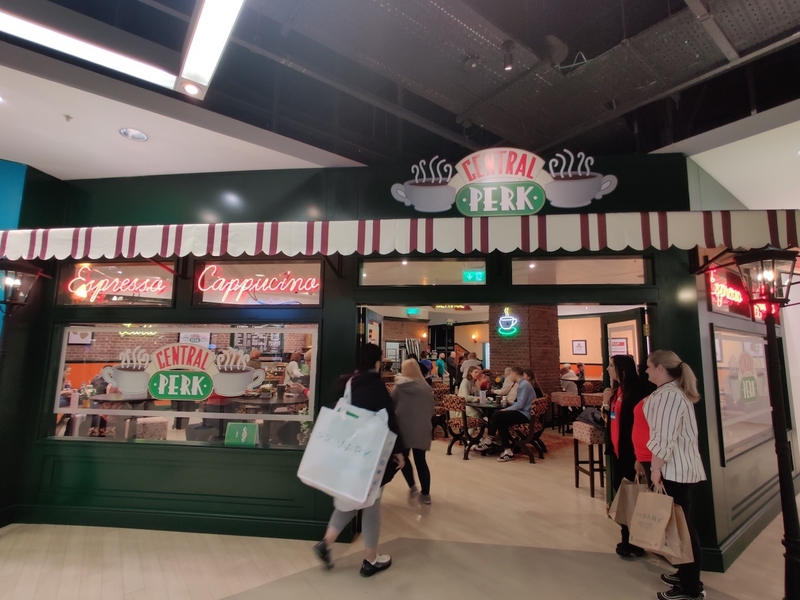 I’ll be there for brew

Friends fans will be able to kick back and relax in Central Perk for the first time. The coffee shop, inspired by the popular US sitcom, has opened permanently in Primark to celebrate the show’s 25th anniversary.

The cafe has been designed to look exactly like Central Perk, with neon signs, striped awning and the famous orange sofa. It serves a range of coffee, classic American treats and sandwiches – including Joey Tribiani's favourites.

Visitors can expect to see plenty of shout outs to the sitcom, from prints of Marcel the monkey, chick and duck, a holiday armadillo, and a sticker reading ‘my name is Regina Phalange’. Takeout is available in branded compostable cups while fans can also take home merchandise, with everything from inflatable lilos to giant mugs on sale. 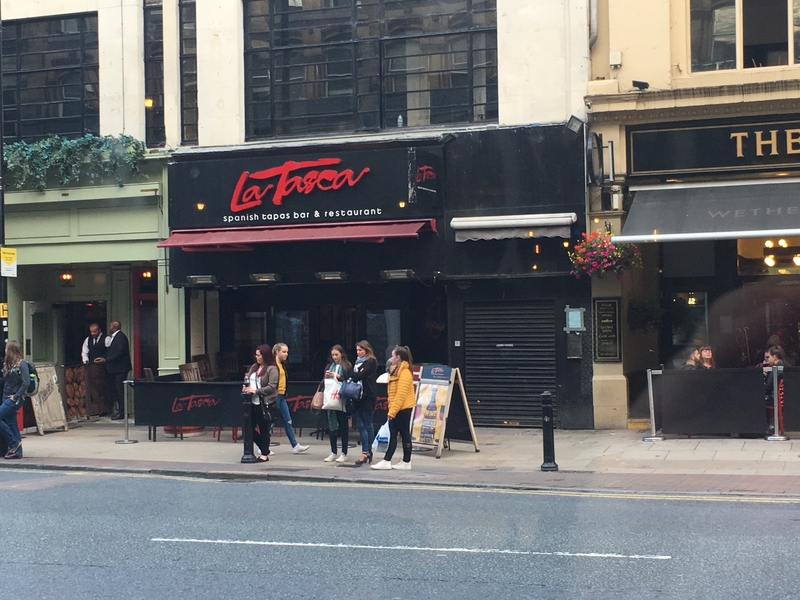 Tapas chain La Tasca has closed its Trafford Centre branch - the last of its Manchester restaurants. The Spanish restaurant served its final meals on Sunday in the shopping centre’s Orient food quarter.

Once a popular high street chain, there are now only four La Tasca restaurants left across the UK. The city centre branch, which was on Deansgate (pictured above), closed over two years ago. The Casual Dining Group, who own the chain, said the Trafford Centre site no longer had a long-term future. Management at the intu Trafford Centre say they are in negotiations with 'exciting new names' to replace the restaurant.

After six years of success, Dogs ‘n’ Dough have bid farewell to their loyal customers. Known for its unique mix of hot dogs, pizza and craft beer, the Northern Quarter favourite will close its doors on 16 June.

In a post on their social media pages, Dogs ‘n’ Dough have invited fans for a final visit on Sunday. It may be the end of an era for the Bow Lane bar but they promise to return soon with “one hell of a reinvention.” 17 Below, the retro games bar operated by the same team in the basement, will be unaffected by the closure. 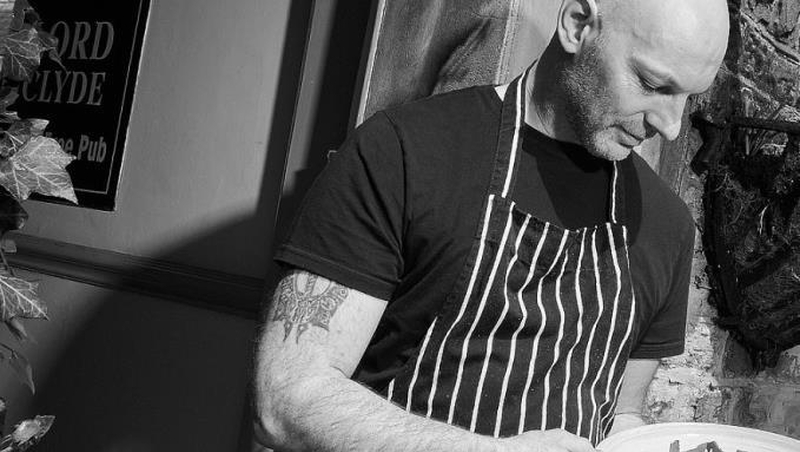 “Rome wasn’t built in a day so a step at a time is how we’ll be creating a very amazing food offering,” the South African-born chef tweeted about his new position at the hotel’s Scottish steakhouse restaurant.

Here's hoping the chef will stay longer than at his previous ventures.

Despite taking the reigns at Warrington’s Glazebury in February, Van Zyl left the gastropub after only three months. Plans to expand the business with partner Liz Kellett never materialised. “Things don’t always work out as wished,” he said at the time.

It was apparently funding, legal issues and a 'volatile hospitality industry' that caused Van Zyl to abandon plans to open his own restaurant in Stockport last year. Previous plans to lead the food offering at Signature Living’s Cunard House venture in Liverpool also came crashing down when Van Zyl's contract was not renewed.