SQUEEZING the last drop out of Veganuary, this week's roundup includes drink as well as food that’s animal friendly and, by contrast, some posh kebabs to get your mitts on. Add in a not-for-profit beer festival back for a second year and other ways of doing good as you chow down, plus news of various awards along with some one-off events to sign up for. 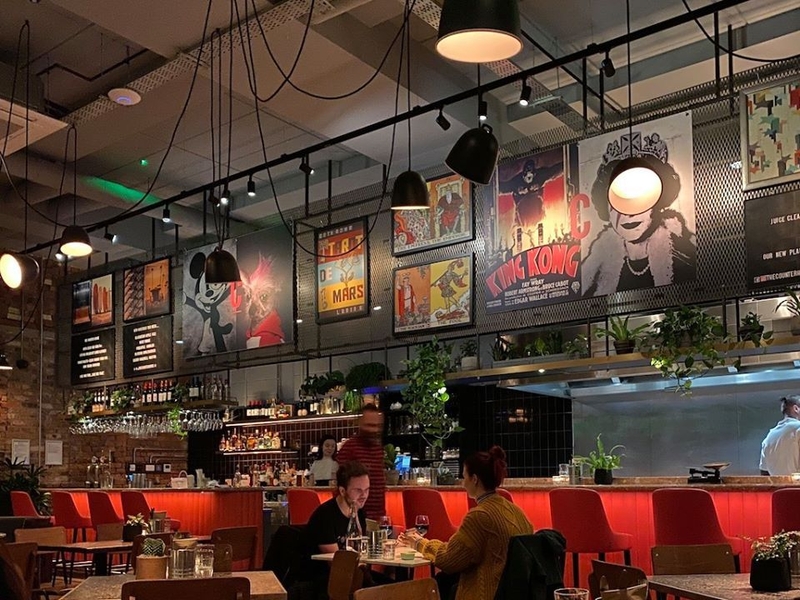 Over at The Counter House in Ancoats, there are some new plant-based additions to the wholesome menu. So if a dabble with dairy-free for Veganuary (we promise not to mention it again) has opened your palate to the joy of soy, you might want to get your mock chops around a poke bowl with glazed tofu, pickled cauliflower and edamame, a very convincing burger made from black beans, or a super creamy Thai jackfruit and squash curry. There are starters and desserts (including vegan raspberry ripple ice cream) too. If the last thing you want is more jackfruit, there are still plenty of meat and fish dishes on the menu. 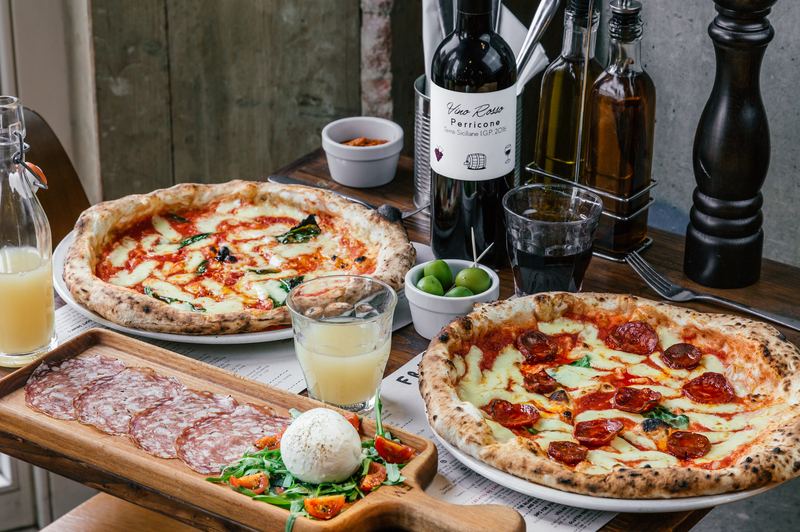 Franco Manca are at it again, helping those in need with another excellent initiative. Order a pizza this weekend via Uber Eats, and the sourdough specialists will donate £1 to FareShare, a charity that redistributes food to charities and food banks. FareShare CEO Lindsay Boswell says: “This generous donation will help us to get even more good-quality, fresh surplus food onto the plates of vulnerable people – we’re delighted Franco Manca and Uber Eats have chosen to support us.” The move follows Franco Manca’s recent pledge to turn surplus dough into loaves for soup kitchens, charities and shelters across the UK, while also doubling their 2018 target and donating 40,000 free pizzas to those most in need, and Operations Director Javed Akhtar is encouraging you to let them know of any local organisations that could do with food donations. In the meantime, get ordering via Uber Eats until Monday 27th January and you’ll know £1 will go to a good cause. 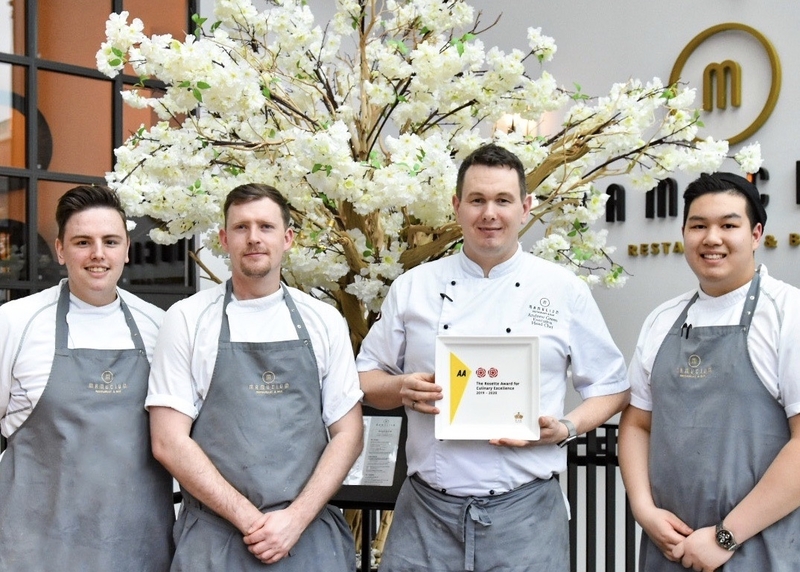 Eyes on the prize

Mamucium executive chef Andrew Green is over the moon with the restaurant’s recent award of a much sought-after Double AA Rosette. The news comes in the run-up to Hotel Indigo Manchester’s first birthday celebrations and sets the modern British venue alongside not even 10% of restaurants nationwide. Inspired by his Manchester roots and the finest local ingredients and merchants, Andrew’s menu is a creative melting pot of classic dishes that have been given a unique, northern spin. He says the win pops Mamucium into the “elite category of restaurants” and “means a great deal to my team and myself… it’s very rewarding for our team members to see the recognition from industry experts – within Manchester alone there are only six restaurants with two rosettes or higher.” 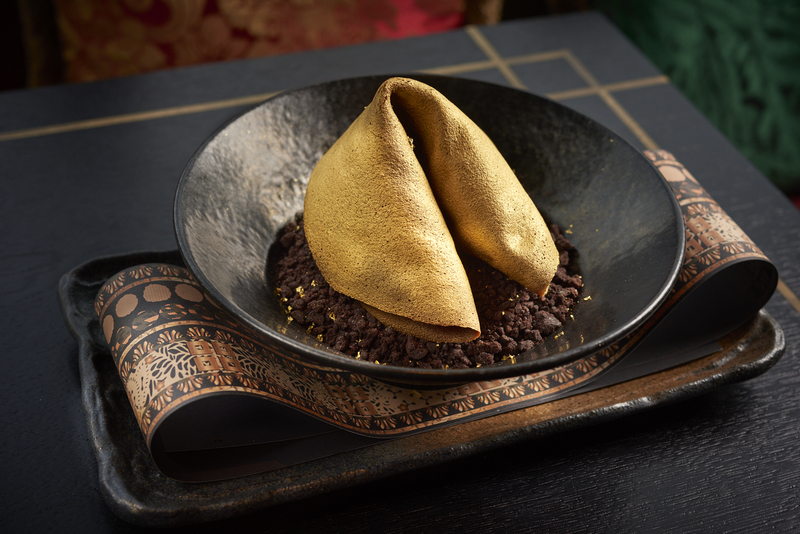 Find your fortune in a giant golden fortune cookie this Saturday when you celebrate Chinese New Year at The Ivy Asia upstairs in the Spinningfields restaurant. Crack open the dessert – with super-rich Valrhona Guanaja dark chocolate, vanilla ice cream and chocolate pearls (£9.50) – on 25th January, and if you’re especially lucky you’ll land a complimentary lunch or dinner for two. The evening will also see live performances and entertainment, and some specially crafted cocktails – the likes of Shanghai Sour and yuzu juice and matcha green tea-infused Gan Bei will be available until Wednesday 5th February, so you can always come back to drown your sorrows if the cookie doesn’t deliver. 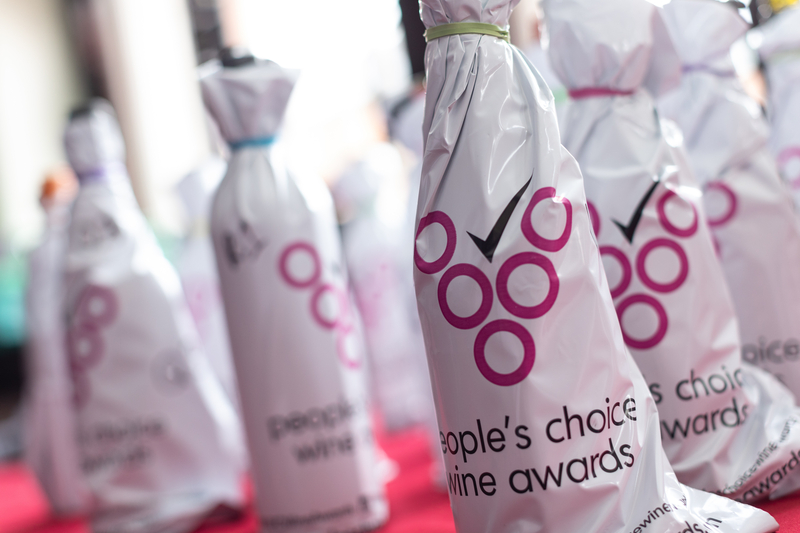 Get the skinny on the latest pours at the People’s Choice Wine Awards 2020, taking place on Monday 3rd February from 6.30pm at The Comedy Store at Deansgate Locks. Mingle with wine buyers and professionals, and find out who wins what – 28 categories include War of the Rosés (geddit) and Boxing Clever, vegan-friendly tipples and Unsigned Talent, for both whites and reds. Promising “a relaxed and informal evening of celebration”, the ceremony will be hosted by The Wine Show presenter Amelia Singer and BBC Food & Drink’s Kate Goodman, with MC duties falling to comedian Steve Royle. You’ll be able to sop up the booze with locally sourced food and there will be live music. For £65 you also get to try all of the finalist wines on the night – get tickets here. Hic. 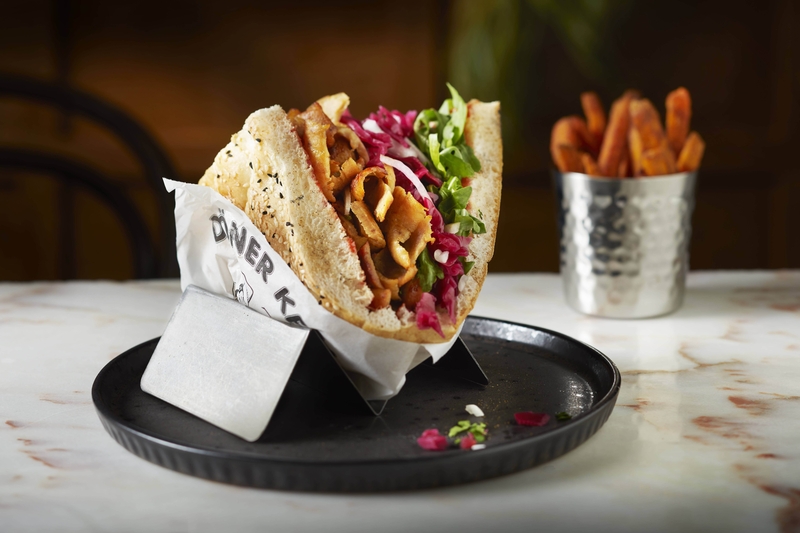 You’ll finally be able to get your hands on a Döner Haus kebab here in Manchester, with the doors opening at the Corn Exchange on Monday 10th February. With décor apparently “inspired by the modern Bauhaus design movement”, dishes take their cue from the Berlin street food scene and include the city’s famous Currywurst, veal and turkey kebabs served on sourdough fladenbrot, and traditional breaded schnitzel. There is plenty for meat-eaters and vegetarians alike, plus vegan, gluten-free and halal options, while exclusive to the Manchester restaurant is a vegetarian platter, Mezze platter and Bavarian meat board, also available in the bar area upstairs. The first-floor space will also be dishing out wine, fizz, German beers and Haus cocktails, including the Wunderbar. Döner Haus’s Kiren Benning says they can’t wait to see you: “We love seeing the expression on our customers’ faces when they take their first bite and instantly recognise that it isn’t your typical high street kebab in a fancy setting.” 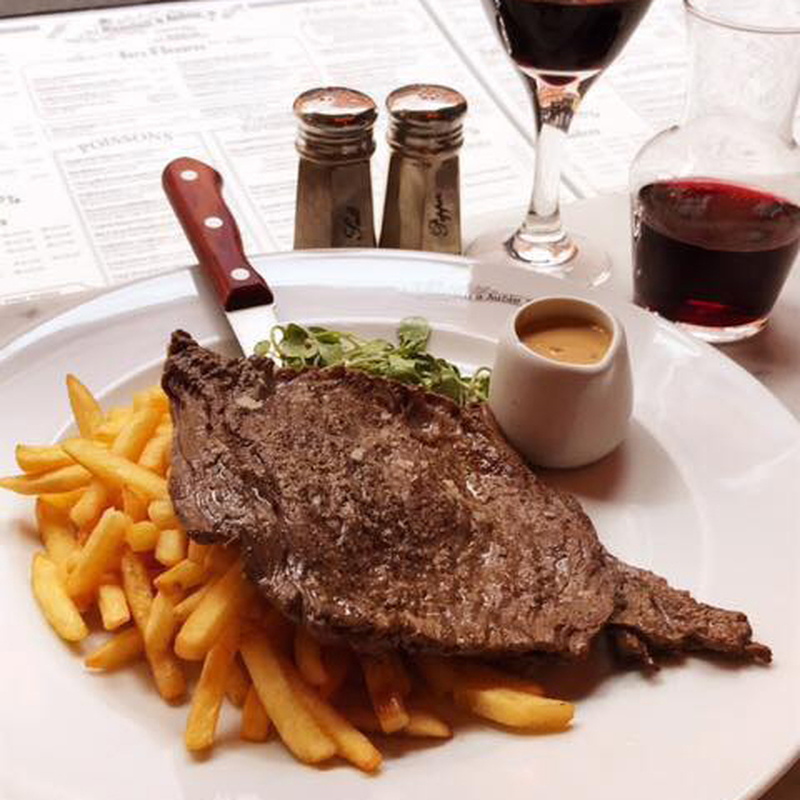 Got beef with this?

Best not have lunch on Wednesday 12th February: Randall & Aubin head chef Ed Baines is hosting a special all-you-can-eat event in the evening – and you’re all invited. Head to the Bridge Street brasserie, as renowned for its rotisserie as its seafood, at 7pm for an evening that is being dubbed The Magnificent Seven, when Ed will be serving seven of the best cuts of beef, each one cooked in a different style. Described as a 'feasting Beefandango' (right?), tickets are £40 per person, so book sharpish to make sure you don’t miss out. 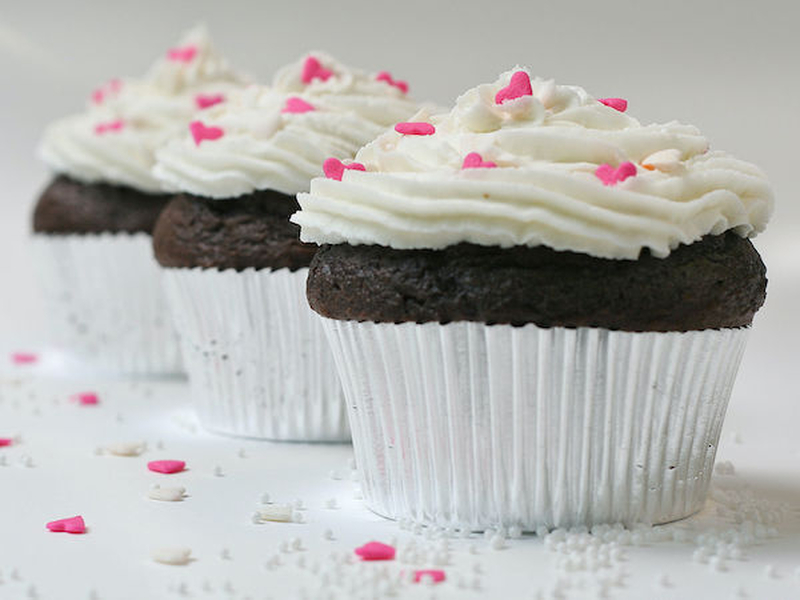 Book the kids in for the latest Mini Chef Masterclass at 20 Stories, and the team from Hey Little Cupcake will get them well versed in piping techniques and perfecting a sponge. Starting at 11am, the morning of Friday 21 February sees an hour-long cookery class for your little ones, letting their imaginations loose on four of their very own cupcakes to decorate, Hey Little Cupcake style. On finishing their creations, they’ll enjoy a three-course lunch and juice overlooking the city, all for just £25 here. You’ll also have the option of pre-ordering a 20 Stories Mini Chef’s apron for the wannabe chefs to wear at the session and take home afterwards. Fancy joining them for lunch at midday? Order two courses from the set menu for £18.50 or three for £23.50. 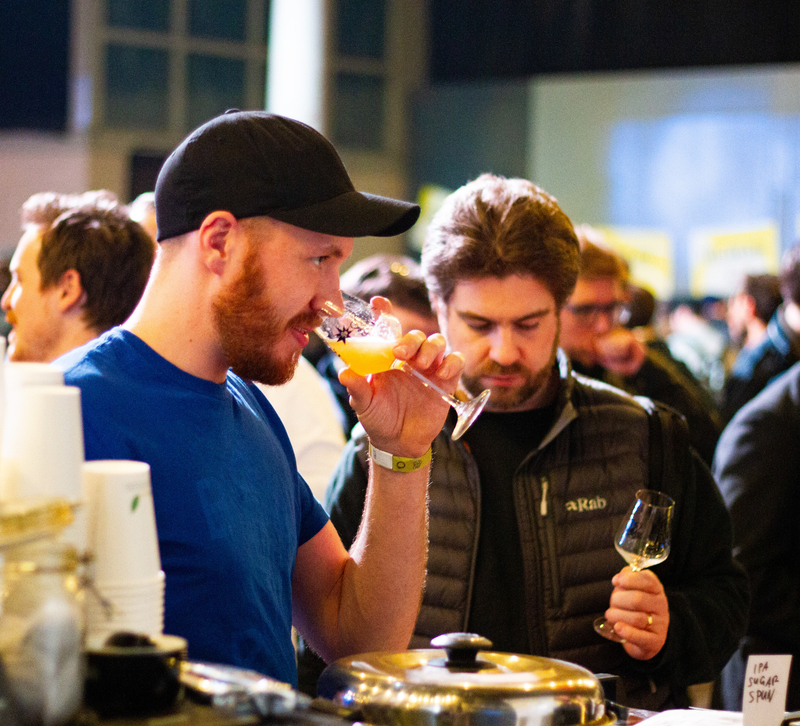 Cloudwater Brew Co is showcasing a selection of the world’s best independent breweries at Manchester Central on Friday 21st February and Saturday 22nd February with a second outing of their unique, not-for-profit festival Friends & Family & Beer. The first event brought in 3,000 people – raising £20,000 for homeless charities Coffee4Craig, Greater Manchester Mayor’s Charity and Mustard Tree – and this year it hopes to up attendance to 5,000. Cloudwater’s Paul Jones says: “Last year’s festival enabled our guests to enjoy the freshest beer from around the world any festival in the EU has ever poured, across a great many styles, all whilst raising money for charities that make real differences in the lives of some of our city’s most vulnerable residents.” Tickets for the event cost £60, providing the opportunity to sample beer from 71 breweries and two cider-makers from across the UK, Europe, North America and Asia, and includes a souvenir glass, live music, and special talks, tastings and presentations.

Big Monday - Manchester is ready to dine (and drink) out again?

Big Monday - Manchester is ready to dine (and drink) out again?
● / Drink

Going OUT out: An A-Z of outdoor dining and drinking in MCR
What you say
Read Next
● / Eating Out