La Bandera where red and green should always be seen

What exactly is a mojo? One definition we like is ‘a quality that attracts people to you and makes you successful and full of energy’, but all over the Spanish-speaking world it refers to a spicy sauce that does pretty much the same thing.

Mojo rojo (red) and mojo verde (green) are vibrant and delicious traditional sauces that are so versatile they can be used as a dressing, a dip or a marinade. In the Canary Islands, Mojo is eaten on everything and at every meal and is the perfect complement to grilled fish and egg dishes. The sauces can also be added to meat or vegetable dishes to add an extra depth of flavour without camouflaging or drowning the star ingredient.

Confidential went along to La Bandera, Manchester’s only Canary Island restaurant, to find out how these special sauces are made. Both mojo rojo and verde feature on quite a few of La Bandera’s dishes and they make several fresh batches per week. The sauces make the perfect accompaniment to Papas Arrugadas or "Wrinkled potatoes" - a popular side dish of small, full flavoured local potatoes boiled in highly salted water until the skins wrinkle. This dish came from the poor people from the Canary Islands who use to boil potatoes in seawater, that's why they get wrinkly and full of sea salt on the skin. 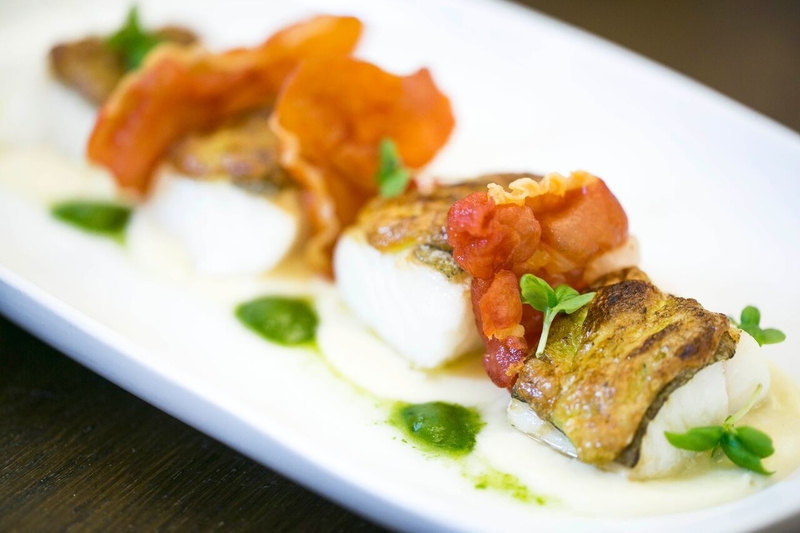 Chef Jorge took us behind the scenes to give us a few tips. He explained that the national cuisine is based on humble food where the local communities would have to survive on what they could get hold of at any time of year. Sometimes they would have to eat the same basic ingredients, such as fish, seafood and vegetables for a week – the skill came in imaginatively producing something different with them every day. Jorge explained that many recipes have been handed down with love, through several generations.

The main features of Canary Island food are freshness, variety, simplicity, and the richness of its ingredients - likely to be a result of long geographical isolation, but many now typical ingredients originally made their way from South America; potatoes, coriander, chilli all thrived thanks to the unique microclimate and healthy local soil.

So what’s in mojo rojo – or red sauce? Jorge wasn’t giving away exact quantities, but he revealed that it’s a blend of cumin, dried chilli, vinegar, sweet paprika, extra virgin olive oil, garlic, herbs, and red peppers. He gave us some to dip a salty potato in before showing us how it works in a couple of his dishes. First, Lubina a la Bilbaina; seabass fillets in a garlic and chilli sauce on a bed of Mediterranean vegetables – but this time, he showed us how the recipe works just as well with other fish, such as sparklingly fresh mackerel.

Jorge revealed that good olive oil was the secret of Spanish food, so he heated some in a pan before adding slivers of garlic and frying them until they sizzled – apparently ‘pil pil’ is named after the popping sound garlic makes as it fries and releases its flavour into the oil. He then added slices of Spanish onion and red pepper before frying them all gently for a further five minutes. After this, he poured in some white wine, white wine vinegar, bay leaves and fish stock - which had been bubbling away in a huge stock pot to the side. Once that had been left to simmer for a while he added the fish, skin side up, allowing it to bubble slowly, absorbing the flavours of the sauce while it cooked.

Jorge then produced a chicken leg which had been marinating in mojo rojo for 24 hours, until it adopted the flavours of the piquant sauce. This had been baked slowly until tender and regularly basted with the sauce. You’ll find this on La Bandera’s menu as Pollo ‘los Asadores’ - marinated and grilled half chicken cooked with traditional Canarian "Mojo" sauces.

Jorge then told us a little about the green mojo verde; a fresh and vibrant sauce which is perfect served with fish, seafood and grilled vegetables. It has a similar base to the more famous rojo; olive oil, garlic, cumin and vinegar, but instead of red pepper and cumin, the principal ingredients which produces the colour are fresh coriander, parsley and green pepper.

In the Canary Islands, no table would be complete without a bowl of mojo on it, so next time you visit La Bandera, make sure you choose one or two dishes which include these heavenly red and green sauces to get a true taste of Spain. 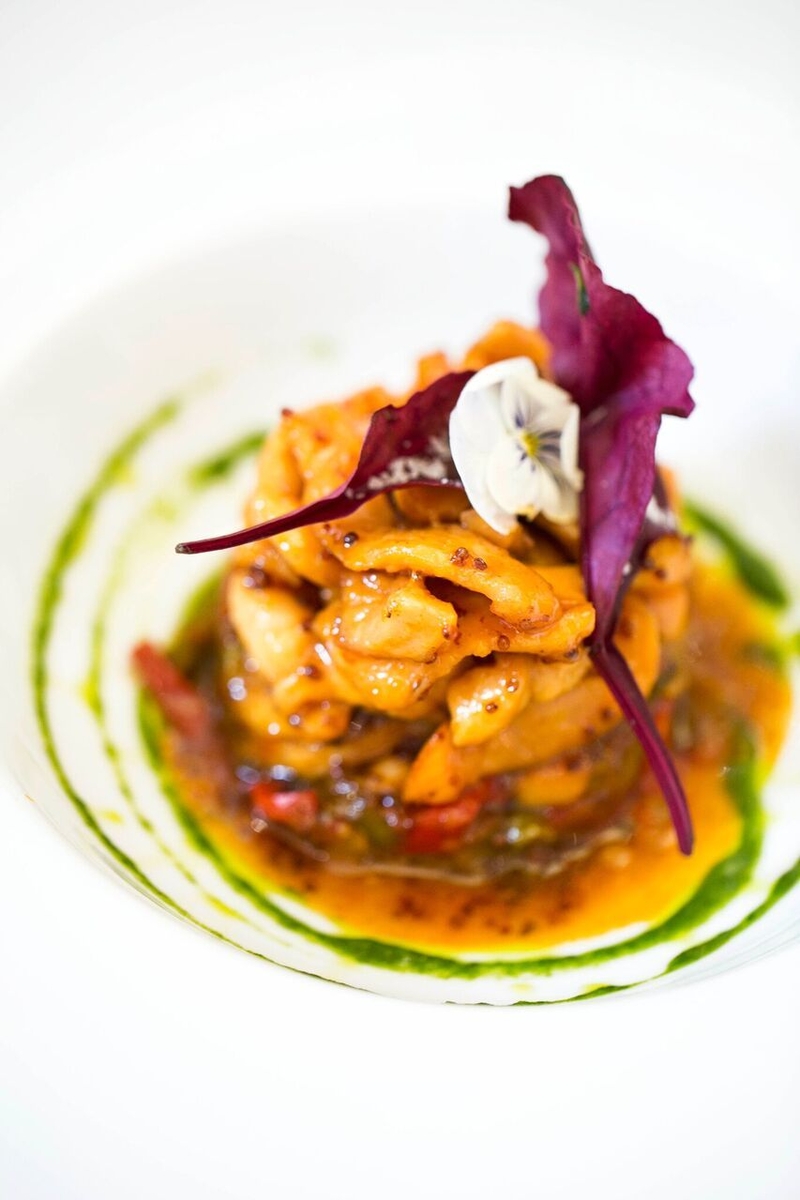