Jonathan Schofield has something to shout about

The building, by Casson & Conder from 1969, was faced in black granite because the architects wanted to have good manners and blend in. The reason for this was all the buildings around here were smoke-blackened so, in their eyes, this had to be black too. It was a daft idea. Within a few years the other buildings were cleaned and this stuck out like a sore thumb.

Richer than the Duke of Westminster and just as British

You can hardly get a better example of ridiculous short-term thinking. That little story is relevant to this review in terms of good manners. To exercise good manners you have to apply discipline and restraint. Chef-patron Gary Usher's newest restaurant Kala delivers the latter in bucket loads, and then adds colour and verve. It is a very good restaurant.

I went for a set lunch and an evening meal.

There was lots to love. Take the cauliflower soup which was as refined and elegant as a Regency ball. The lemon oil played the quadrille, the pickled shallot added sharp wit, the chive calming colour. I liked it so much I think I damaged the bowl with my spoon trying to get the last drop out.

The waiter recommended the next dish, pan roasted chicken, vadouvan spiced hispi, crispy onions and lime pickle. It looked odd like a model kit waiting to be assembled, but turned out to be a fabulous dish with the chicken timed just right and given crunch with that crispy onion cap. The lime pickle was not far short of exquisite. The side of chips was just grand.

I used to think vadouvan was an inside left for the Hungarian national team in 1974, but it turns out to be a curry sauce and one that gives the hispi cabbage an exotic edge. Essentially, it's a French masala derivative dating from when our-road-blocking neighbours had territories in the sub-continent.

A pudding of parkin, butterscotch and Chantilly cream was defined by the butterscotch which was richer than the Duke of Westminster and just as British. It was very good.

The soup, chicken and parkin were part of three course set menu for £23 at lunch and early evening. Two courses are £20. Given the quality, it's a steal.

The seasonal pickles (£4) on the a la carte menu looked a picture but that’s all they had going for them. The only flavour was pickle, and bland pickle at that, nothing else came through. I wouldn’t bother if I were the kitchen. The Iberico ham with hazelnuts and apricot at £3.50 was the opposite; it looked good and the combination of nut, apricot and pig worked beautifully.

Salmon with fennel and a roasted mussel cream (£23) was almost as good as the pan roasted chicken, the standout feature being a delicious skin that I cut off and ate like a biscuit. The cream was beautiful.

The kohlrabi dish (£15) came with a lovely poached egg but everything else was a failure. The rye crumb did the tough kohlrabi no favours. I’ve never eaten a boulder covered in gravel, but I suspect the experience would be similar. The thick truffle and Parmesan chips (£4) were gorgeous.

The best of the booze was a Catarrato (£6.50, 175ml glass), a weird yet beguiling wine, full of orange flavours and coloured like an angry Sauterne.

The dining room, up a few steps from the bar, attempts to make a virtue of being plain. To liven the scene there are mirrors, a wall of windows and a view of the kitchen. The only truly decorative element is a golden section of wall covered in the names of the crowd-funders who helped Usher finance Kala. Crowd-funding lies at the heart of Usher’s expansion of his mini-chain from its beginnings at Sticky Walnut in Chester. In Manchester, he has Hispi in Didsbury.

Usher has a famously vigorous social media presence, but that is not reflected at Kala. On two visits the restaurant delivered a supremely calming and lovely dining experience. There was no ranting, no reaction. There was nothing to cuss about. The food was measured, balanced, nuanced and assured.

Kala is a fine addition to the city in a handsome location with great dishes and absolutely superb service.

Now that is something to shout about. 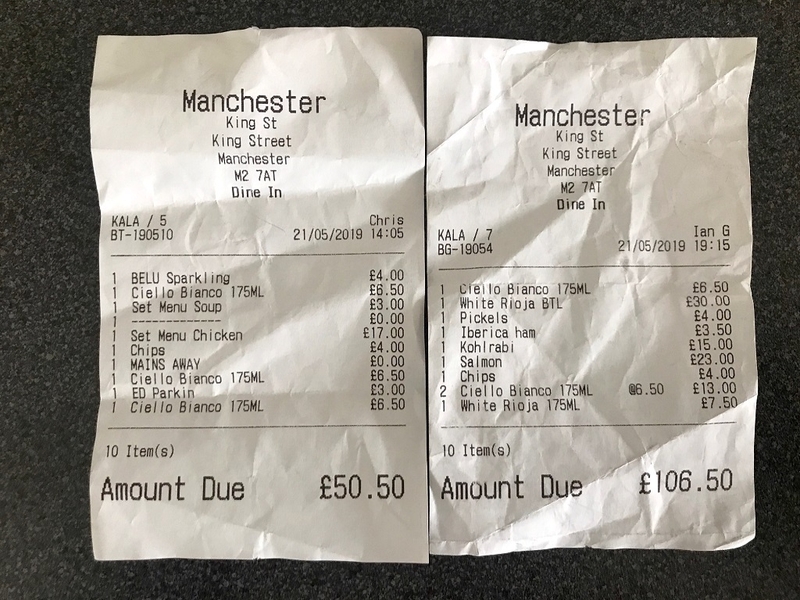 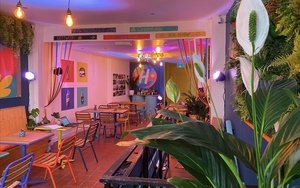 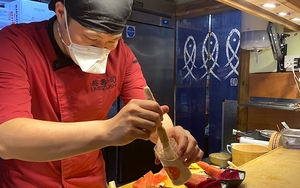 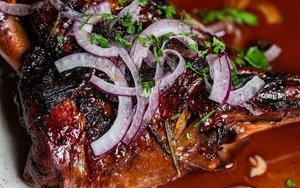 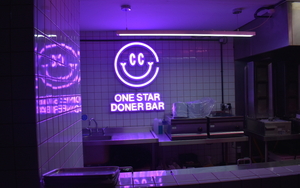