With at least 70 blocks affected, Manchester has one of the highest amounts of unsafe cladding outside London

Two years on from the harrowing scenes of Grenfell Tower’s 24 storeys blazing ferociously into the London sky and taking the lives of 72 people, Manchester remains one of the cities with the highest amount of unsafe cladding outside the capital.

Manchester, Salford and Leeds are the most affected areas after London - with several apartments blocks identified as utilising the same lethal cladding thought to have been a major contributor in the Grenfell disaster in June 2017, when fire swept through the North Kensington high rise. And the question of who will foot the bill for the cost of removing the cladding is rumbling on, causing untold emotional stress.

The property expert describes it as 'an ever-evolving problem' in the city, made worse by the fact that 'everyone is passing the buck'

In April this year, Confidentials reported that residents of two apartment blocks with cladding which contains the lethal aluminium composite material (ACM) - Vallea Court and Cypress Place in the Green Quarter - received welcome news that they would not have to personally fork out to replace the cladding. It had originally been proposed that the estimated total cost of £3 million would work out at roughly £20,000 per resident.

But the conclusion took a year to reach, and during that time residents of the blocks, housing 345 apartments and constructed in 2013 by Australian property giant Lendlease, endured “a living hell.”

Six months since we reported the news, and as the Grenfell Tower Inquiry continues to dominate headlines, many residents continue to be living in unsellable and unsafe apartments, anxious they will have to pay out for repairs and fearing a repeat of the disaster.

According to property expert Julie Twist of Manchester-based property agent Julie Twist Properties, the issue of unsafe cladding is spiralling. For many, the only way they can end the nightmare is to stump up huge amounts of money they don't have and never accounted for as developers try to make them foot the bill for the work needed.

The property expert describes it as “an ever-evolving problem” in the city, made worse by the fact that “everyone is passing the buck", and she believes it is continuing to take a huge toll on the city's economy, with half of sales falling through.

Twist, who was hugely instrumental in the rise in popularity of city-centre living in Manchester, says at least 70 blocks are still deemed unsafe and are a ticking time bomb as residents remain stuck in a nightmare situation.

She says: “Some management companies have been diligent and check safety straight away whereas others are burying their heads in the sand.

"Some of the developments that have been deemed unsafe to live in have a ‘waking watch’, which is a marshal who sits in the communal area 24 hours a day. The cost implications of this are extortionate, costing thousands. Most managing companies did not have that in their budgets, so were asking residents to add the expense to their service charge.”

Julie adds: “Developers are saying the properties were built to the building regulations at the time so it's not that they put up something unsafe."

The ten-year guarantees given by builders at the point of sale have now expired for the majority, leaving them with no option for a claim. Julie says: “No one will admit it is their problem.”

Home-owners are still stuck in limbo, adds Julie: “Some people may be forced into a situation where they just may give the keys back and be repossessed."

And as some fixed-rate mortgages are coming to an end, leaseholders have no option but to stay with the same lenders - should a new valuation be needed it likely, it will be rejected.

Julie says prolonged uncertainty around who will fund the work to remove the cladding from affected properties is having a huge effect on the Manchester sales market. “Sale fall-through rates are much higher than normal and many buildings simply can’t be sold. Every two sales we agree on, we are losing one. That's 50% of sales.”

She continues: “Many developers and freeholders either outright refuse to pay for the work, force leaseholders and tenants to front the charge themselves, or deliberately hold up the process. In the majority of cases, the work isn’t being done.

“Some developers have done the right thing and offered to pay for the work, but the majority of others have simply refused to acknowledge responsibility, leaving leaseholders feeling incredibly anxious.

“Although the government has put in a fund of £200 million to help people if their building has a problem with cladding, when work for most blocks is in the millions this is unlikely to go very far.”

One resident of a city-centre apartment with cladding issues, who wishes to remain anonymous, says: “I have been here 11 years and we had a small fire on the balcony this April. When the fire service put it out they discovered we were missing a fire containment system. There is no fire alarm system, no sprinkler system and no fire containment system.

“If there is a fire, the original procedure was to stay put but we are being told to evacuate as there’s no system in place. As a result of having no system we have a waking watch and the cost of that has been added to my service-charge costs. We also have cladding issues as the apartments are clad with wood and it has been proposed that the bill for building work will be paid by residents."

They continue: "We have no fire insurance and we are facing financial ruin. I am still paying my mortgage but I feel like I am paying it in to a black hole. Every time I hear a siren, I fear the worst. I don’t feel safe in my own home and I can’t sleep at night.

"I was hoping to sell earlier in the year but the sale fell through. I was planning to move in with my girlfriend and children, and as a result the relationship broke down. This situation is actually wrecking peoples lives.”

What is the council doing?

Cllr Suzanne Richards, Manchester City Council’s executive member for housing and regeneration, says they are continuing to support residents. “We have consistently said that all residents facing fire issues should be treated equally and we remain fundamentally opposed to leaseholders bearing the brunt of costs amounting to life-changing sums of money.

“It is simply unacceptable that some residents have won the ‘cladding lottery’ and others are left facing stress and huge costs. The council will continue to give its full support to Manchester Cladiators (a campaign group representing Manchester blocks with fire safety issues) until every affected Manchester resident feels safe in their homes.

“We do not differentiate between residents with Grenfell-style ACM cladding and other cladding system issues, and what we now really need to see is for Government to step in to offer leaseholders a genuine lifeline, by creating a fund that will pay for cladding works directly, in the same way that they have done with social housing.” 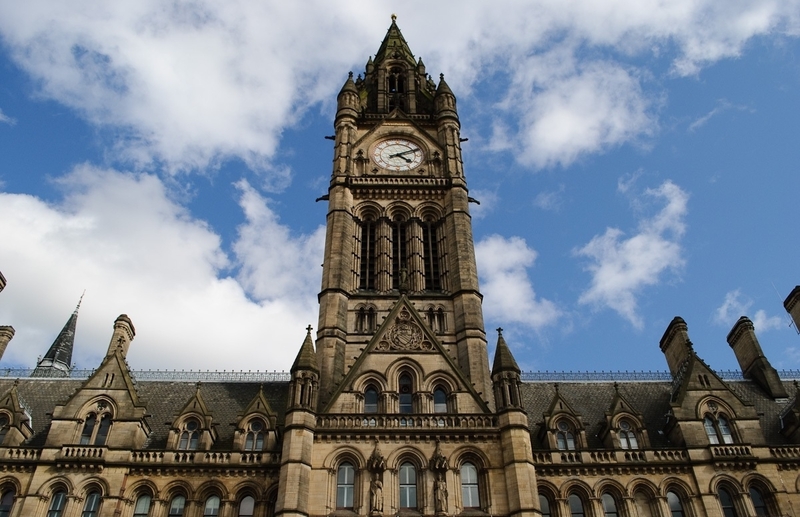 What can residents do?

Potentially unsafe cladding was applied to both council and privately owned tower blocks, according to the Ministry of Housing, Communities and Local Government. Local authorities have been quick to replace cladding on publicly owned buildings, with work completed or underway on 141 of the 158 affected blocks. Blocks which are managed by local councils are therefore likely to have been repaired already or will be undergoing works. This will be paid for by the council itself.

For those in private blocks, the work is the responsibility of the private freeholder of the property. In some cases, the freehold will be jointly owned by the residents, but in most instances it is a private third party. Residents who have yet to have unsafe cladding removed from their blocks should contact their freeholder and ask for the work to be completed. Local MPs may be able to encourage freeholders to act.

The only other option is for homeowners to pay for the work to be carried out themselves, as they will have to do if they jointly own the freehold.

For a building to be declared safe, it must have a valid fire safety report, which must have taken place after December 2018, the date when the Government changed its rules in response to the Grenfell tragedy.