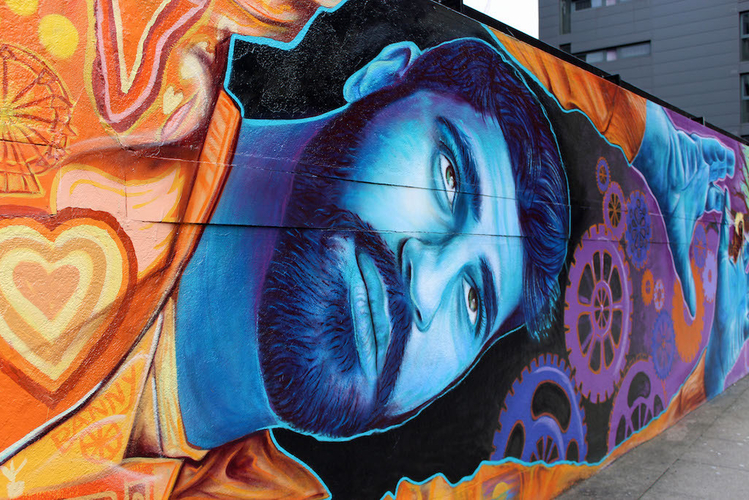 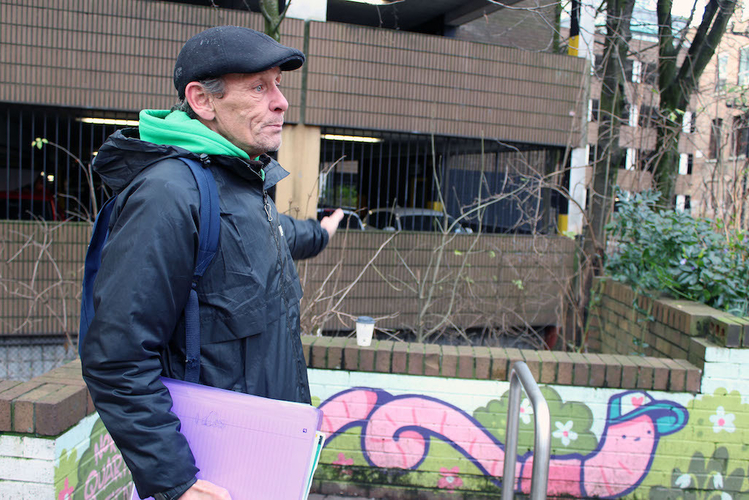 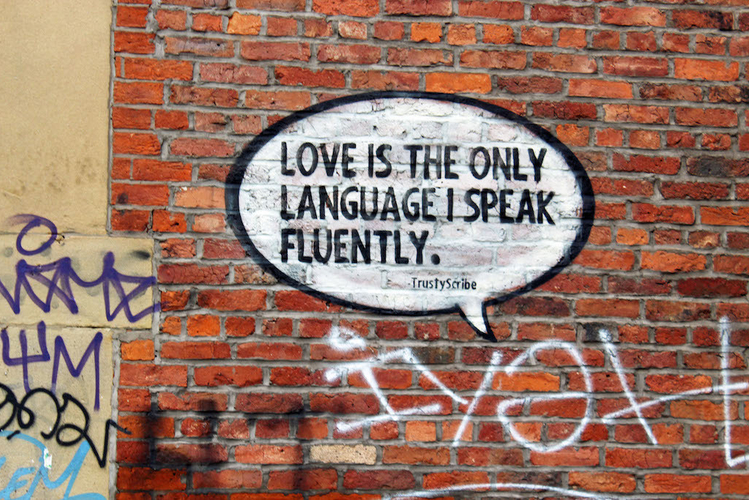 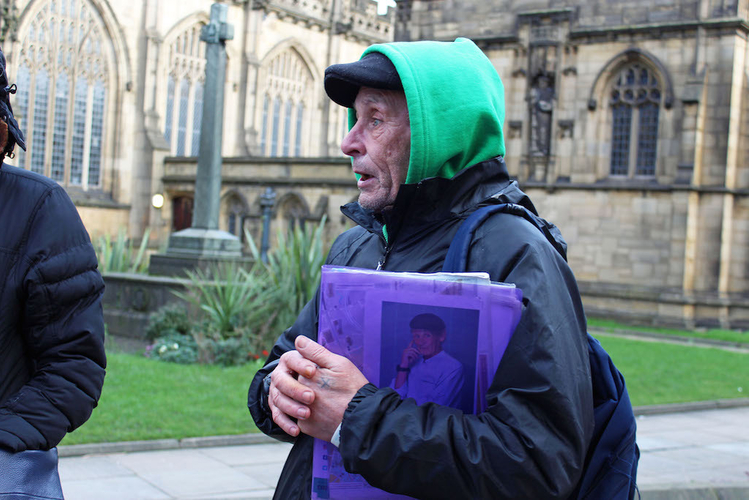 Danny’s descent into homelessness began when he was found walking the wrong way down the motorway in his slippers. The stress of his wife’s own battle with poor mental health, keeping his business afloat in an increasingly competitive environment and PTSD from nine years in the military ignited a breakdown that would ultimately see him sectioned and estranged from his young family.

“I was in hospital for weeks. When I came out, I didn’t know where to go. So I spent four and a half years on the streets.”

Fortunately, Danny eventually found help in Manchester through organisations like the Booth Centre - one of several places he volunteers - and now has a flat to call his own. “I got the keys on Christmas Eve 2016,” he smiles, “it was the best present ever.”

It’s a touching story, one that humanises the mind-numbing statistics. Homelessness is now so prevalent, it’s easy to forget that each individual has their own tale to tell.

Enter Invisible Cities, a social enterprise that trains people affected by homelessness to become guides - and offer alternative walking tours from their perspective. Not only is it an eye-opening insight into life on the edge of society, it’s also a stark reminder that anyone can become homeless if the circumstances permit.

Invisible Cities launched in Manchester last October, which is why I find myself listening to Danny’s story as we traverse the city centre one brisk Sunday morning. Despite an unclouded blue sky, the wind is bitter and relentless; in weather like this, I’m unsurprised when Danny tells our group that over 480 rough sleepers perished in the past year, almost a tenth of them in Manchester. He wears the watch of his own friend who died on the streets, and rarely takes it off.

Each guide has a different tour theme and Danny’s ‘Off the Cobbles’ is split into two parts: the first is around the Deansgate area, the second the Northern Quarter, with a welcome toilet-slash-coffee break at the Arndale in between.

Lasting around three hours, it’s a blend of sites that were significant to Danny during his time on the streets: from the Adrift statue by Central Library (“even the statues look down on you”) to St Ann’s Homeless Jesus and Manchester Cathedral, initial home of the Booth Centre homeless charity.

The Cathedral also hosts the Booth Centre’s annual fundraising Sleepout, and Danny tells us proudly that he’s sung there as part of Streetwise Opera; a performing arts charity for people who are or have been homeless. In Manchester, it also puts on shows at Chorlton’s Edge Theatre and he jokes that he always ends up being the one in drag come panto time: “I think they do it because I’m Scouse!”

Aside from a keen joker, Danny is also a charismatic poet. On starting a creative writing group run by arts CIC arthur+martha, he found poetry to be therapeutic and each stop on the tour is hence accompanied by a verse. While some are understandably sobering, others are comical (one covered his disgust at being charged £6 for a pint in Albert Hall) and it’s this mix of light and shade that keeps the tour relatively optimistic, despite the gravitas of its subject.

Danny is now a vocal homelessness campaigner and likens the situation to ‘a conveyor belt that’s stuck.’ While temporary measures have improved, and the creation of the Homelessness Charter means organisations can work together more efficiently, the lack of permanent solutions like social housing and support is where the system fails.

“People need help getting integrating back into society. A lot of the time, they don’t know how to manage things like cooking and bills. And so they end up back on the streets.”

Danny believes mental health issues and relationship breakdowns are the biggest cause of homelessness, but it varies wildly from person to person; just one reason why the problem is so hard to solve. That’s why he famously refused to shake Andy Burnham’s hand at an event during which the Greater Manchester Mayor announced his pledge to end rough sleeping (a common consequence of homelessness, though there are ‘hidden’ homeless too) by 2020.

“I said I’d shake in 2020, when he’s done it,” he laughs. “It was a joke but I think press took it the wrong way. Anyway, we’ve talked several times since then and I value what he’s doing - although I think he’s realising his original promise isn’t possible.”

The tour ends with ‘a free hug’ and high spirits persist despite the cold. Danny clearly loves his work and is back in touch with his children, one of whom re-established contact after seeing him talk about Invisible Cities on BBC.

Whether Burnham’s pledge will see a similarly happy ending is debatable but, meantime, it’s refreshing to see innovations like Invisible Cities raising awareness and providing yet more valuable lifelines.

Founded by Zakia Moulaoui in 2016, Invisible Cities is a social enterprise that trains people who have experienced homelessness to become walking tour guides of their own city - to locals, tourists and corporate groups.

Operating in Edinburgh, Glasgow, Manchester and York (people from other cities can register their interest), it was launched here last October by Manchester University graduate Alice Sparks, who had attended a tour elsewhere and decided her native city would benefit.

Danny is currently the only Manchester guide, but Sparks ultimately hopes to recruit five (as in the original Invisible City, Edinburgh) and is working with relevant organisations to host a training day this month.

Invisible Cities Manchester was one of seven start-ups recently awarded co-working space in Federal for a year, and all tour revenue is invested supporting the guides; there are also plans to publish a book of Danny’s poetry.

Public tours with Invisible Cities Manchester take place every weekend, and cost around £11.50pp; book in advance at invisible-cities.org/cities/manchester