Why is there a statue of a homeless Jesus in St Ann’s Square? 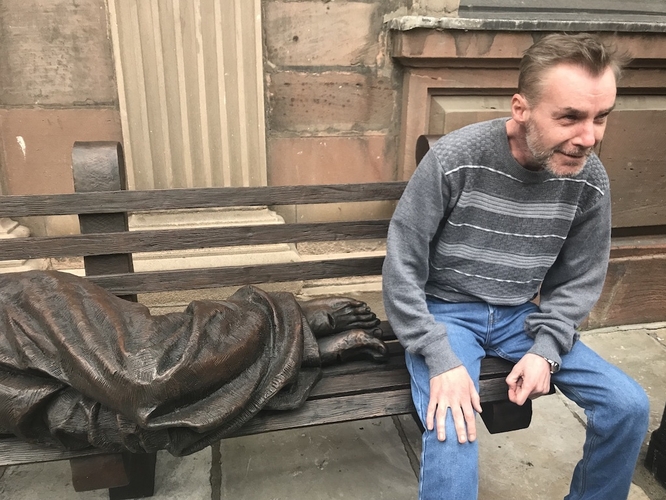 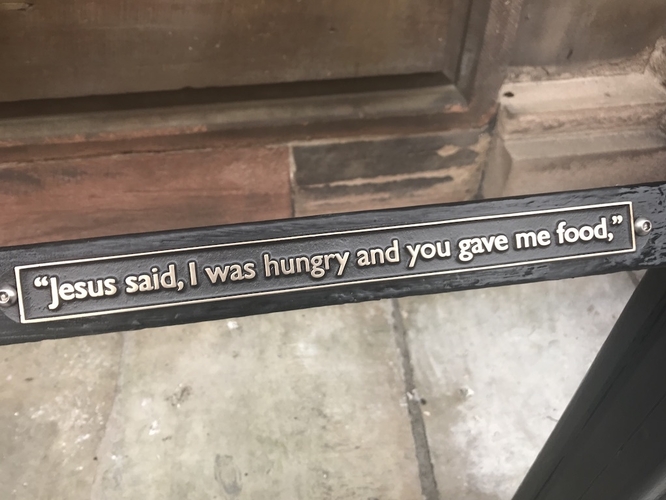 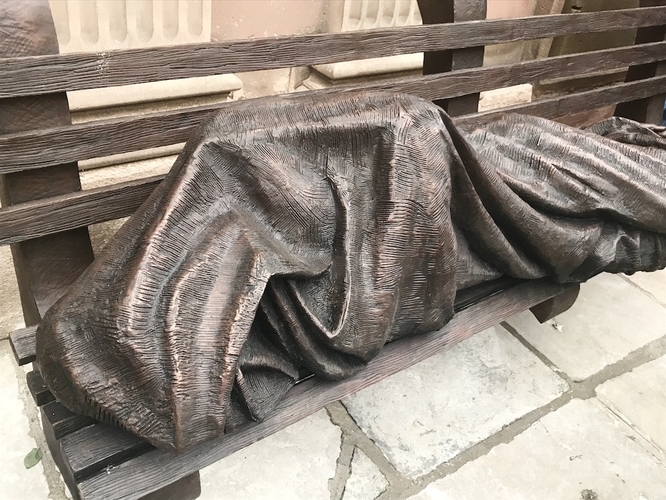 His face may be hidden by a blanket but glance at the crucified feet of Manchester’s newest statue, and his identity is revealed.

This is a Homeless Jesus, one of a worldwide series of casts by Canadian sculptor and devout Catholic Timothy Schmalz. Sprawled disconsolately on a bench outside St Ann’s Church, the Christian figure is designed to challenge passers-by on their attitude towards marginalised people.

With over 3500 homeless in Manchester alone - one in every 154 - it’s also a stark reminder of the city’s growing epidemic. While Greater Manchester Mayor Andy Burnham has pledged to end rough sleeping by 2020, that doesn’t account for the ‘hidden' homeless; many in unstable accommodation like hostels, squats or even cars.

Alarmingly, homelessness is expected to rise 70% by 2020 - with insecure contracts, benefit reforms and a lack of affordable housing just some of the reasons.

St Ann’s is one of many churches providing frontline support, helping tackle the homeless crisis with initiatives like winter shelters and the Morning Hours project; which provides a warm space, hot drinks and toast before any of the city’s day centres open.

Rector of St Ann’s, The Revd Nigel Ashworth, said: “For many people homelessness is not simply about having no place to call home, but about living with some kind of emotional trauma. By giving the Homeless Jesus space outside our church we are showing that we stand in solidarity with the poor and vulnerable, in the same way that Jesus had compassion on them in His earthly ministry.”

The statue was unveiled this afternoon by homeless men Ian and Dave, who both volunteer at St Ann’s Morning Hours project on Fridays. It joins fellow Homeless Jesus sculptures in Dublin, Rome and across the USA.

The Bishop of Manchester, The Rt Revd Dr David Walker, who chairs the Manchester Homelessness Partnership, said: “Jesus is very explicit in the bible; when we offer or refuse care to those in need, we will be judged as though he himself were the needy person before us. This sculpture casts Christ's words into metal. It links them directly to one of the most visible expressions of human need. Its identical twins can be found in other great cities around the world; a reminder that Manchester today is a truly global city.”

Seven days in Manchester: HS2, loaded construction workers, cafe closure and Buzz Shiteclear
What you say
Got an account? Login, to comment/rant.
3 Opinions

Mike Batho 24 April 2018
It looks a bit big to me. Apparently Jesus was only about 3 foot 4". They could have balanced him on one of the St Ann's Square Atlas Stones... and let children seesaw on either end.

Manci Doodle 27 April 2018
I like the idea. I like the way this unveiling was done. Sadly rough sleeping only seems to grow...the most visible failure of Burnham's 1st term.
Read Next
● / News & Comment