Interview: Maggie Oliver - 'I knew that I had a duty to speak the truth'

Maggie Oliver sounds in good spirits but tired when I speak to her early one morning before she heads out for another busy day. It’s not surprising that she might be a little weary – she has been meeting with solicitors, doing events, working with the Independent Inquiry into Child Sexual Abuse and giving talks on safeguarding - all the while keeping in touch with her 'girls'.

The girls in question are victims of the infamous Rochdale grooming gang, which Maggie was instrumental in exposing. When Greater Manchester Police, the Crown Prosecution Service and social services didn’t want to know, it was Maggie who kept pushing for the voices of the survivors of this horrific abuse to be heard.

As a police officer, Maggie was part of Operation Span, which was investigating child sexual abuse in the Rochdale area. Maggie was tasked with gaining the trust of girls abused by a gang of Asian men, assuring them that their stories would help prosecute the criminals.

In 2012 nine members of the gang were jailed but Maggie felt that the extent of the abuse had been minimised because the girls were seen as being from an ‘underclass’ and ‘not mattering’. One of the girls was even named as a criminal so the police could use her testimony on a technicality, resulting in social services trying to take her children away from her. She hadn't even been informed that her name was on the prosecution list.

Finally Maggie felt she had to resign so she could speak out publicly.

Maggie decided that a wider public needed to hear the stories of the victims. She went on File on Four, Radio 4’s most prestigious current affairs programme, along with Amber and Ruby, two of the girls (not their real names). There was an immediate outcry and the Rochdale scandal has been a been a byword for systemic failure to protect vulnerable girls ever since.

Maggie then went on to work on the BBC docu-drama Three Girls, which was seen by nearly nine million people, and documentary Betrayed Girls. Since then she has founded the Maggie Oliver Foundation and hopes to open the Maggie Oliver Centre - potentially the first of many - in Rochdale soon. The centre will offer support and guidance to victims of abuse but there is a lot that needs to be done. "Too much to do and not enough time", says Maggie cheerfully, "multitasking has become second nature!" But this more than just multitasking - it's more like a life's work. The details in her book Survivors will convince any reader of the urgency of her mission and just how much this is needed.

We spoke to Maggie ahead of an appearance at Urmston Library to talk about her book, Survivors.

What was your aim in regard to writing this book?

MO - "I resisted the urge for years. I’d been approached quite a few times. For me this journey has always been about the victims that have been failed by the police, social services and the authorities. I didn’t want to talk about my story and also it was too painful me to look at the way I’ve been treated.

"Then I worked for years on Three Girls drama and I was a main contributor to Betrayed Girls, the documentary. But the drama, great as it was at explaining what grooming is, didn’t go far enough to explain the failures of the police and the Crown Prosecution Service. I felt it had to be documented in a way that made it clear.

"Now we are talking about grooming and sexual abuse but that was only one part of my life. I didn’t join the police until I was 41. I was well-travelled, educated, I’ve brought four kids up. I wanted people to see I wasn’t some bitter police officer who just decided to make a fuss about something. This was the hardest two years of my whole life, even though I’d nursed my husband with terminal cancer and my little granddaughter had died just before she was three. I’ve had a lot of ups and downs in my life, but without a shadow of a doubt this has been the most difficult journey I’ve ever had.

"To be written off by the chief constable as a woman who had become too emotionally involved and had basically lost the plot – that I was making all this up… The authorities keep saying that lessons had been learned and things were better. I knew that they weren’t and I saw the damage first hand. There are thousands (of children) that are being failed and I knew that I had a duty to speak the truth. For the full truth to come out, there was no other way than to write my own book."

Was writing the book difficult or therapeutic?

MO - "I had to open a box that I kept locked in my head but I'm glad I've done it now. Even for my own kids, it’s a record: not only of my own life but of family things like their dad. So from a personal point of view, I feel very fortunate to have had the opportunity to tell some of my story, and from a professional point of view I hope that survivors of abuse have been able to connect with what I’ve said. I’m always grateful to the girls themselves who constantly allow me to tell their story for the greater good. Even yesterday I was with some of them and solicitors, again going over the same ground. That is painful for them but they doing it because they know other victims are failed and they want changes for kids today who are still being failed. I’m blown away by their bravery.

"Only last week, one of the girls Ruby messaged me in utter panic: she’d just come face-to-face with her abuser, in a supermarket with an eight-year-old child. This is a man who has abused and raped however many kids. These are things that are happening today that the authorities would much rather cover up and I won’t let them."

When you read about the case, especially on social media, the emphasis is on the abusers whereas you are completely focused on the victims. Can you tell us more about the aims of the Foundation and the Maggie Oliver Centre?

MO - "It isn’t just a centre for victims of grooming but all sorts of sexual abuse, for people of any ethnic background. So whether it’s a victim of female genital mutilation or a girl who’s been forced into an arranged marriage, I’d like to offer support for those victims, who are really very isolated. Everybody is split up and doesn’t know where to turn. I see my centre as a place of safety, of non-judgmental support and also a gateway to professional help. I don’t want to refer a girl to a GP and she has to wait for five years for a little bit of CBT (cognitive behavioural therapy). I want us to have our own professionals who understand abuse and complex PTSD, therapists, counsellors, and also guidance towards legal advice.

"I’m trying to create something that helps … I wish I could do it for everyone who messages me. I want to help them and be someone who says 'you’ve done nothing wrong'. But I don’t know which direction to point them in because there is no joined-up system and what you get in different parts of the country is vastly different. In a way I feel I’ve been forced into this position. I want to do it, but I wish it was already there. I want to get other people on board - volunteers, people who’ve had experience with abuse. I’m looking for a premises, a centre manager...it is really a mountain to climb and I’m doing my best to make this happen but it can’t be on my own – I need other people to help."

Never be afraid to stand up and tell the truth!
The girls in the Rochdale Scandal could not speak up without our support & after hours spent building rapport, the system was willing to silence them again!
We need to stand up & speak the truth about abuse, grooming & exploitation pic.twitter.com/dlfxAbMrxy
— Maggie Oliver (@MaggieOliverUK) November 18, 2019

Maggie Oliver: how you can help her mission

Maggie is speaking at Urmston Library, Thursday 21st November at 7pm. Tickets cost £3; this includes a glass of wine and can be redeemed against the purchase of a book on the evening. To book tickets call 0161 747 7442, email books@urmston-bookshop.co.uk, or visit eventbrite.

The Maggie Oliver Foundation is raising funds for the first Maggie Oliver Centre to open in Rochdale, you can donate here. Maggie is also keen to hear from volunteers as well as corporate sponsors to help with setting up the centre. To contact her, follow Maggie on Twitter, visit her Facebook page or website.

The Maggie Oliver Foundation is hosting a fundraiser at Shrigley Hall on 28th December 2019. You can find tickets here. There will also a fundraising day on 2nd February 2020 at Hollingsworth Lake.

Respect your elders - how to help them during lockdown

Respect your elders - how to help them during lockdown
● / News & Comment

Did you know that the Public Health Act began in Manchester?

Did you know that the Public Health Act began in Manchester?
● / News & Comment

Are Manchester's traffic wardens being furloughed or are they essential workers?
What you say
Got an account? Login, to comment/rant.
0 Opinions
Read Next
● / News & Comment 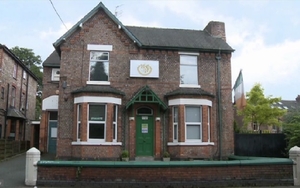 Cynical timing, but it looks like the popular community asset will bite the dust 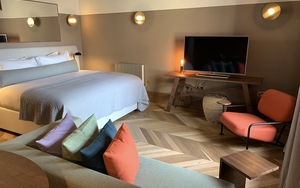 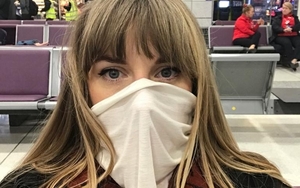 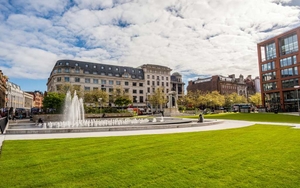 A thirty hour about turn on the policy is confusing