IF you think only children get a huge, ecstatic smile on their face when they eat ice cream, you've not been to Insolito yet.

This new Sicilian restaurant on Mosley Street makes its own gelato from scratch in their kitchen. We filmed them doing it – watching the alchemy of liquid turning to solid was soothing and fascinating at the same time. And the taste was out-of-this world.

Go and get a £1.50 cup or a £2 cone to takeaway for proof – Insolito is just opposite Manchester Art Gallery. They sell about 80 scoops a day at the moment: word is getting around. 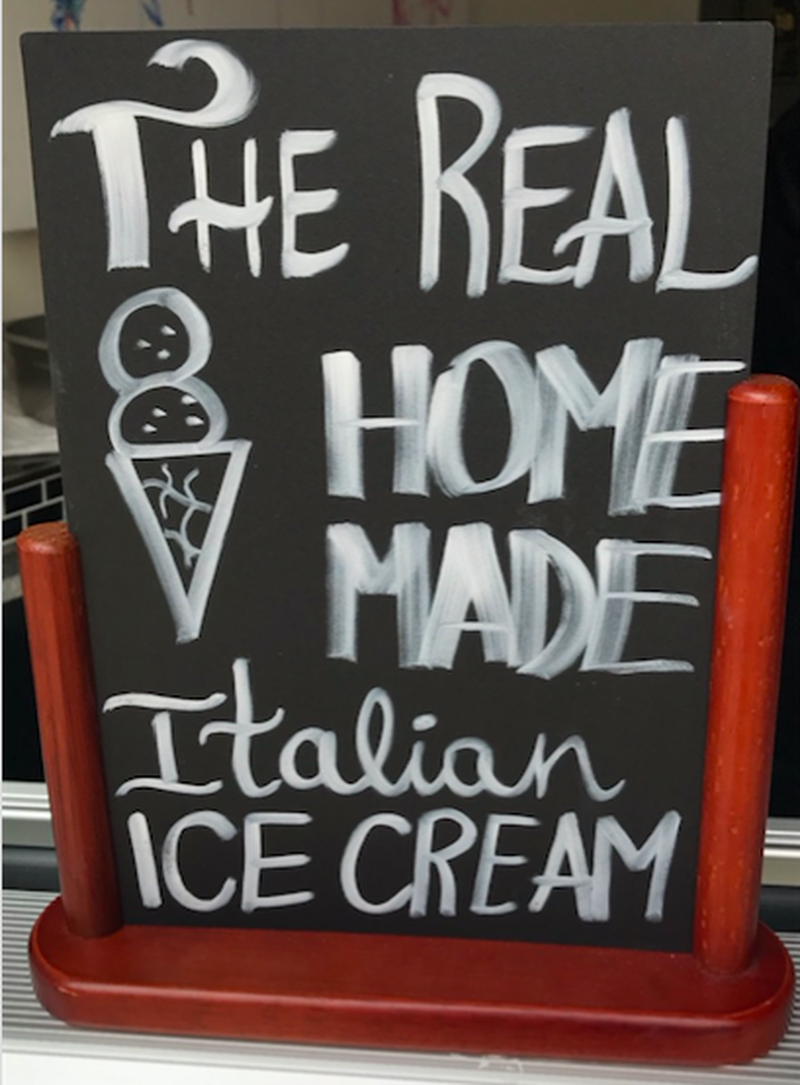 The eye-opening flavour is down to a combination of premium ingredients imported from Sicily, and an obsessive, very experienced Sicilian chef called Constantino. He's been making gelato for 20 years, and he's perfected the process to a tee.

The difference this makes to the flavour is extraordinary.

He gets his pistachio purée from Bronte, the Sicilian village famous for the quality of their harvest. His hazelnuts are imported from Italy too. Both cost a pretty penny (it's £180 for a 3.5kg tub of pistachio purée). And his gelato-making equipment didn't come cheap either – they estimate it costs about £150,000 to set yourself up with an ice cream operation like theirs with its pasteurisers, blast freezers, and display units. (That £1.50 a scoop is starting to sound like even more of a bargain). 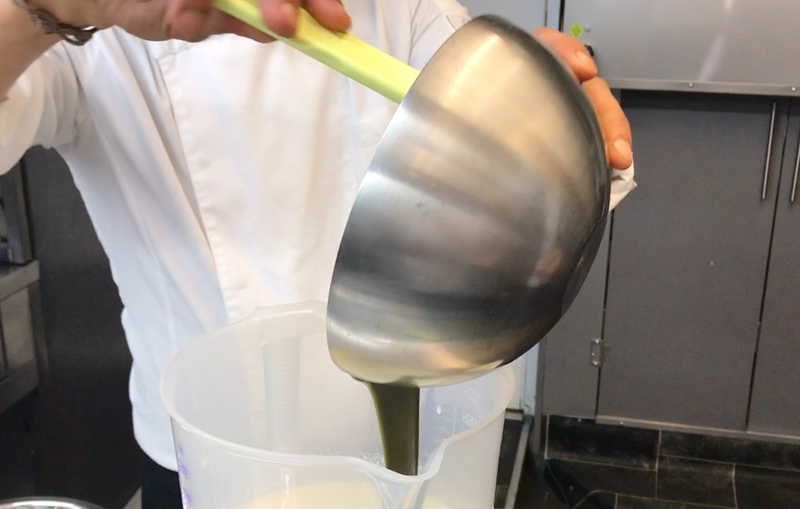 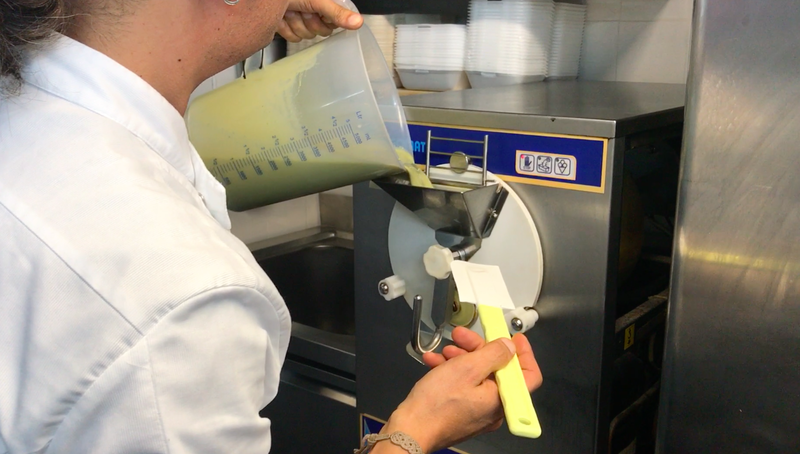 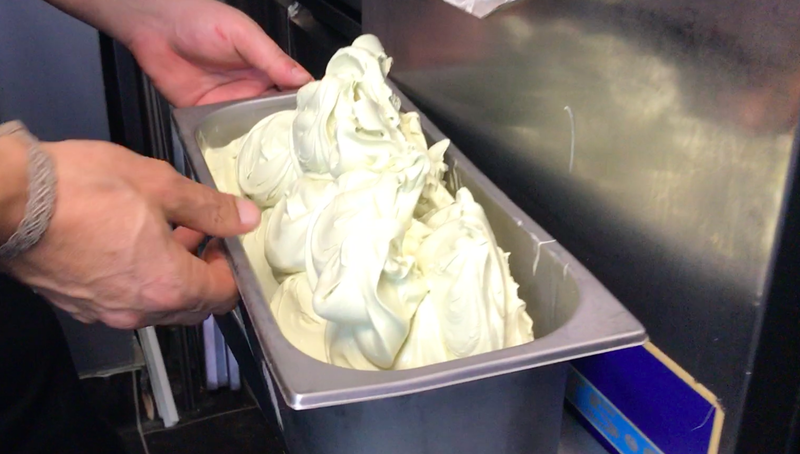 This insistence on quality ingredients and on doing things right runs throughout their menu. Their pizza dough, for example, is matured for 72 hours before they use it. It makes for a lighter, crispier base that's easier to digest. And many of the toppings are imported from top suppliers Italy. We also tried the spaghetti with mussels and clams – a very evocative dish with seafood that tasted beach-side fresh. 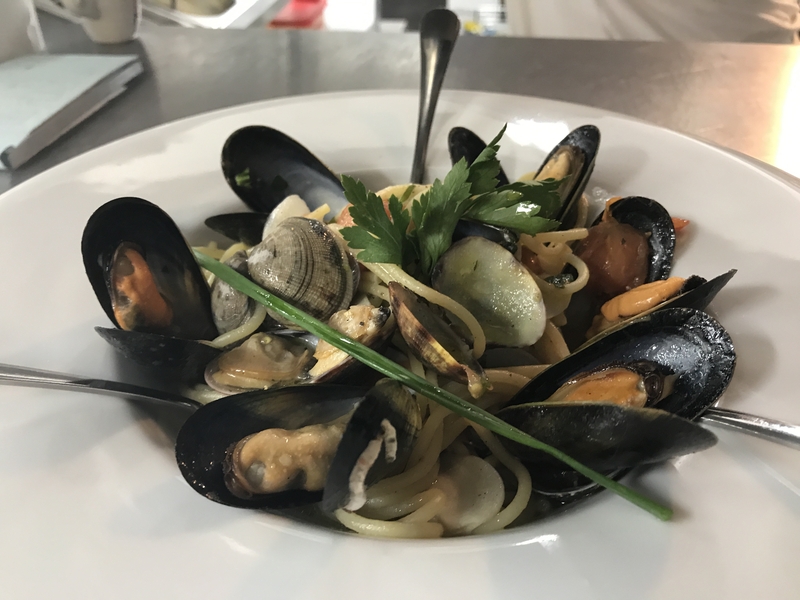 Other dishes sing with the classic ingredients of Sicily: anchovies, aubergines, ricotta, more pistachio. Sunshine flavours that give you a holiday vibe even when you're on your lunch hour in Manchester.

It's no surprise that the team behind it all is Sicilian. They describe Insolito as an extension of their restaurant businesses on Sicily, where competition is intense and expectations are high. 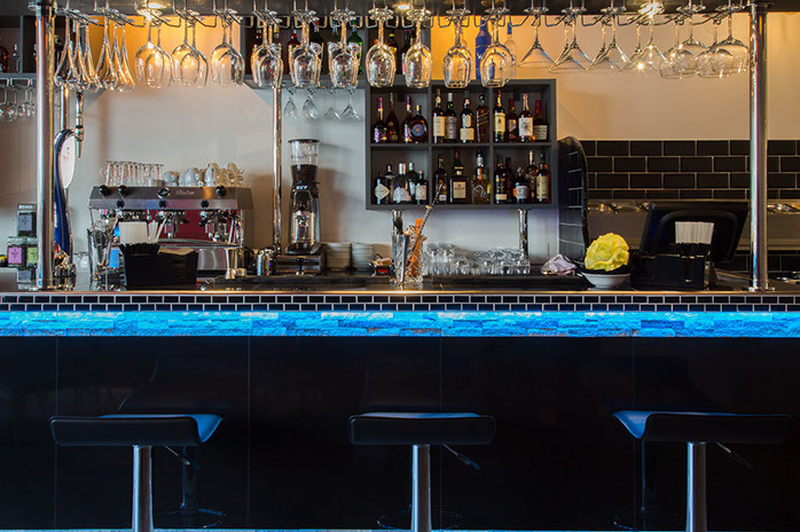 Much like Manchester then, where the sheer number of Italian restaurants is driving standards ever higher. So how does Insolito stand up against them?

We think it's got what it takes. We like the feel of the place: relaxed and stylish without trying too hard. And we like the way they do things: properly, without any corner-cutting, because they care about what you think of their food – and Sicilian food in general.

This is confident cooking from a head chef who knows his stuff. Go and try it. Insolito is open daily on Mosley Street, Manchester. Find out more and book a table here.