AMONGST all the PR guffs and fluffs we receive on a daily basis sometimes there's an email that causes my eyebrows to pole vault to the top of my forehead.

"Some people want to cheat because that’s the sort of person they are and in some senses I feel grateful I’m taking their money."

'You know what they say about men with big feet? (They wear big shoes?) Well apparently they are more likely to cheat'.

Then the more bleak emails poured in:

'More than one in ten people agreed that allowing their partner to have an affair would make their relationship stronger'.

'Over a third of people said they had or had considered cheating on their partner.'

According to the site, nearly 930,000 married people in the UK had signed up to the site. 20,000 in Greater Manchester alone. 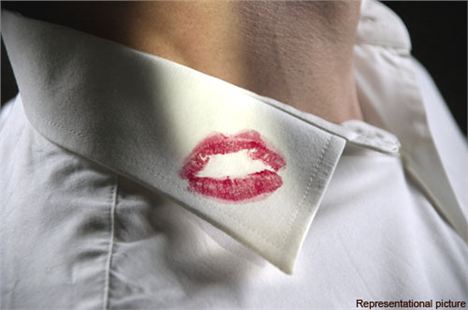 In some ways it's not that suprising.

Tabloids have been telling us that the sanctity of marriage (whatever that sanctity is) has been in crisis for decades now. The idea of an ‘everlasting union’ has been worn away by the likes of Kim Kardashian’s 72-day sham second marriage and Tiger Woods' umpteenth affair.

As time goes on, the more western society takes a sledgehammer to the traditional family model.

We’re by no means surprised that behind the doors in a bog-standard two up, two down semi-detatched there’s action far removed from the traditional. There’s a murky shade of grey that's become the new normal.

Still, unless you’re one of these new-fangled polyamorous types or old school, biblical bigamists, being cheated on will always feel like a drop kick to the heart. A Mohammed Ali uppercut to the chest.

I wanted to know why a business would want to play a part in causing such irrevocable hurt. So tracked down Illicit Encounters spokesperson, 'Illicit Mike'...

We’re in our tenth year. The concept for the website stemmed from studies that showed that 15 to 20% of people on dating websites such as eHarmony were stating they were single when they were in fact married. We set up to get rid of that element. Everyone on our site is married, looking for an affair and looking for someone else who is married.

What's luring all these married people to you?

One in ten married couples have signed up to the website and looked for an affair on our site. It’s a shocking statistic and the trends change.

Over the last few years the financial and housing crisis has had a massive influence on people signing up to the website. We’ve seen a massive number of people sign up who have effectively split up with their partner but can’t sell their homes, so can’t split up and can’t get a divorce.

We've had a good number of occasions where both husband and wife sign up to the website  – that’s become much more of a saddening trend now. It’s not necessarily all for really devious, vicious reasons, it’s more of an economic thing. Of course, there are people on the website who just want to cheat on their partner. We just provide a place for them to do it safely and securely. 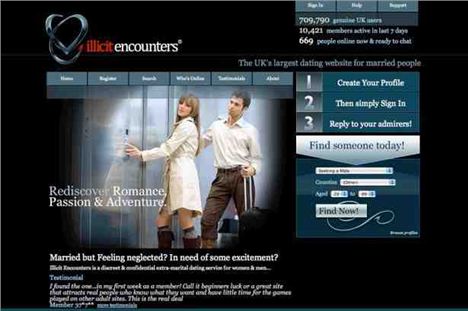 Are people mainly looking for an extra-marital relationship, or a quick and easy way to have sex?

Sometimes it doesn’t get to the sex element. You end up with guys and women joining the site, getting inuandated with people wanting to meet with them, but all they wanted was to feel that were still desirable. They’ve obviously felt down enough in their relationships where people simply sending them emails saying ‘Yes, I like the look of you’ is enough for them. They’ll leave it at that.

Then you’ll have the people meet a partner on the site and have an affair for five or ten years without their partner ever knowing. And everything in between.

Has working with Illicit Encounters made you cynical about marriage and monogamy?

I’ve seen married couples work and stay together for many happy years. For others it doesn’t work and is not always practical and that’s why we exist.

Fine, but don't you get paranoid?

I’m very lucky as I get a preview of what goes wrong in relationships. In my own relationships, I tend to see the early warning signs very quickly and can adapt and adjust.

What enticed you to work for Illicit Encounters?

When I started this job I’ll be perfectly honest, I thought everyone on the website to be awful, horrible people. You have partners who've been injured, relationships have been broken down, I’ve heard ‘we love each other but we’re more brother and sister than husband and wife’. Situations I wouldn’t know what to do myself.

So I stopped judging them, and thought until I was in that situation and did something different I really didn’t have any right to take the moral high ground. 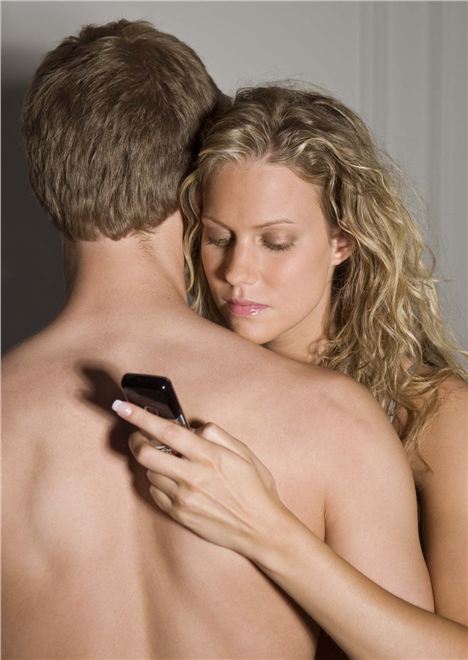 More women are signing up to the website than men

So how much does it cost to join the website?

We’re not a cheap dating website. We’re one of the most expensive dating websites in the country. We charge up to £130 for four weeks. It’s not just done for pure profiteering, it’s done because we don’t want people joining on a whim. We want it to be a price that make people think 'woah, this is a lot of money, do I really want to do this'. It’s not a case of coming home from the pub after a few drinks, 'Oh it’s only a fiver, why not have a look?'

Women are signing-up more than men, why’s that?

Have you received any public backlash?

I’ve had quite of bit of backlash. We used to be the most controversial thing on the internet for a while. The way the internet goes we’re not even in the top five craziest things you can see anymore.

Has Illicit Encounters had any unlikely success stories?

One of my favourites is when a guy in his late 70s joined the site, he was recently widowed and he wanted to find a dance partner. I thought that was really sweet.

We’ve got people joining the site whose partner knows about it. One story was heartbreaking. This guy had a serious car accident and said he didn't expect his wife to go the rest of her life without sex, so to go off and find someone. They even screen matches together. It’s nice that these people have an outlet. It really makes you think.

Is the website contributing to high rates of divorce?

(Laughs) Since we’ve been going divorce rates have gone down – I know I’m pulling two statistics together here that are completely unrelated.

We didn’t invent adultery and I think if someone wants to cheat they’re going to find a way to do so. Some relationships have stayed together because of the website, because they’ve not been caught and broken up families. We try and avoid breaking up families.

Some people want to cheat because that’s the sort of person they are and in some senses I feel grateful I’m taking their money.

Don't you ever feel guilty?

I can sit here and convince myself that actually we’re doing a great service, sometimes. Other times I think we’re doing the worst thing possible, it depends what happens that day.

I’d be more than happy if people did not have affairs and I had to get a new job, but unfortunately that’s not the way the world works. I’m not going to paint myself whiter than white.