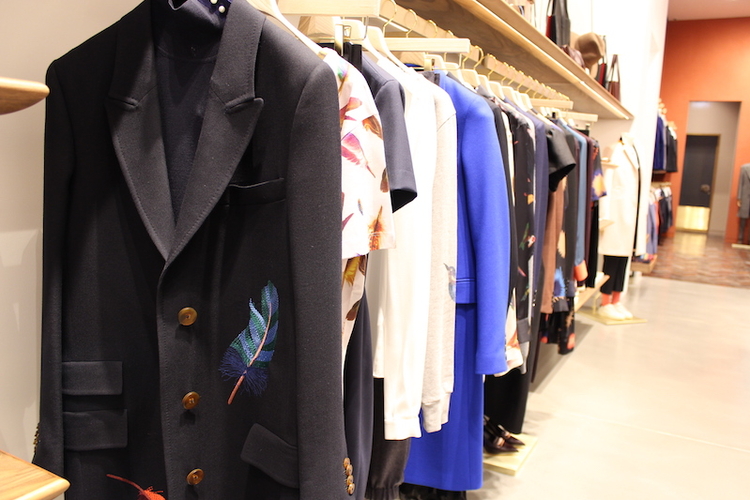 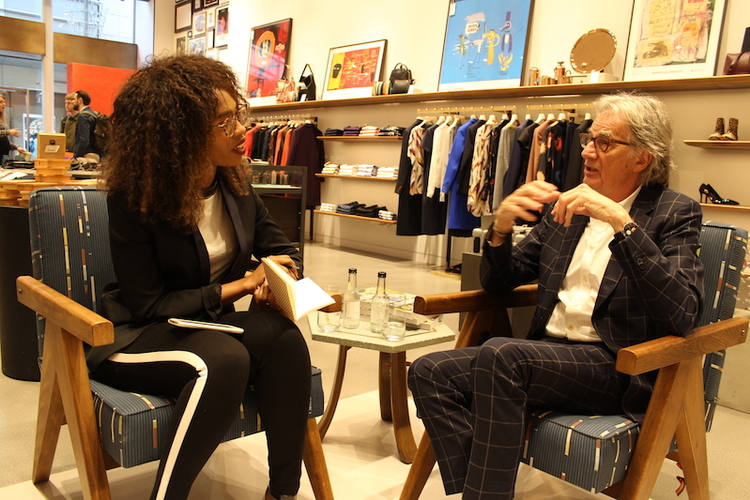 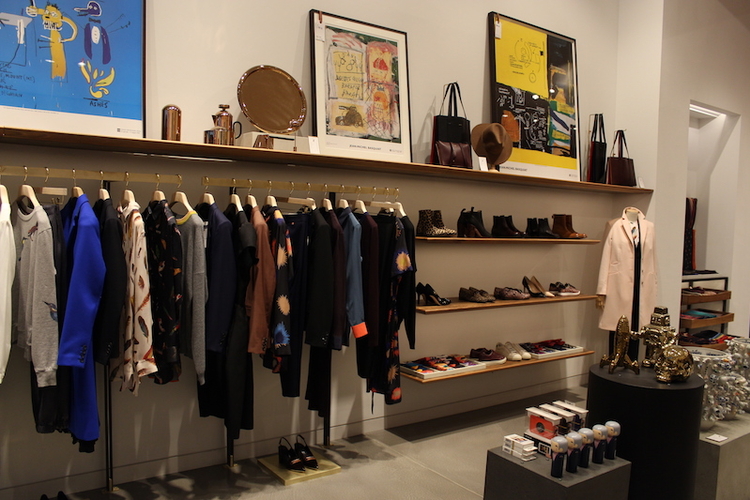 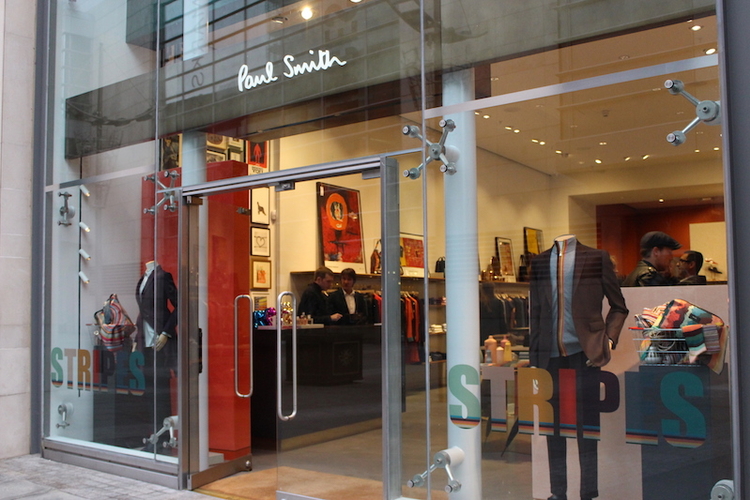 At the launch of the New Cathedral Street branch, L’Oréal Blackett asks the legendary designer "what's with the socks?"

He picks up one of his classic blue suits and crumples it forcefully on his lap, before  unraveling the garment and revealing it to be as crisp and sharp as before - not a crease in sight.

“I developed this for when I’m on an aeroplane or train,” he explains. “What’s interesting is that it’s made from wool instead of man-made fibres - the yarn is very tightly spun so it has a bounce. Instead of promoting it on a mannequin, we put it on a gymnast who had just won the World Championships. He performs a few tricks and at the end everyone’s like ‘wow, it really doesn’t crease’.”

Not that we needed reminding that, as one of Britain’s most celebrated fashion designers – dressing everyone from David Bowie to Tinie Tempah - Sir Paul Smith has been reinventing the way men and women think about classic British tailoring since the 1970s.

“I suppose it goes back to my time in Lancashire. I spent a lot of time in fabric mills where I learned how to weave and spin. It always comes back to knowledge,” he says assuredly.

It was actually in Manchester where he’d make one of his first shirts at the start of his career. As the story goes, Smith – born in Beeston, Nottinghamshire – wanted to be a racing cyclist before injury halted his dream and he began working in the textile industry.

Today, he launches his new store in Manchester, which is surprising considering there are more than 300 Paul Smith stores around the world; including Los Angeles, where he built 'a bright pink blob.'

“It happens to be the most Instagrammed building in the whole of California,” he shares (he knows that’s a very big deal nowadays).

When I was 18 I made pants for a band called Led Zeppelin...

What’s taken so long to open in Manchester?

“Well I’ve wanted a new store here for many years – but finding a store here in the right location, right in the centre has been difficult. We’ve had to be patient,” he explains.

The store is now open on New Cathedral Street, next door to other big brands. It’s designed with bold block colours and the striking shop façade references the work of Mexican architect Luis Barragán – one of Smith’s favourites.

It’s classic yet eclectic; filled with collector’s items and various eccentricities including Jean Basquiat paintings on the walls, little Paul Smith figurines and Oasis prints. All items you can buy. Even the chairs we’re sat on.

“Plus we sell a little something called clothes,” he laughs heartily.

The new store is home to Paul Smith"s ready-to-wear items and of course his famed suits, where they live in a dedicated suiting section. I spy a bright orange two piece – who’s wearing that in inner city Mancunia?

“That’s the great thing about what we do - you can be a really grown up business man who has to wear a blue suit for work but then at the same time we sell to rock stars and actors,” he smiles jovially.

People aren’t as adventurous as when I first started 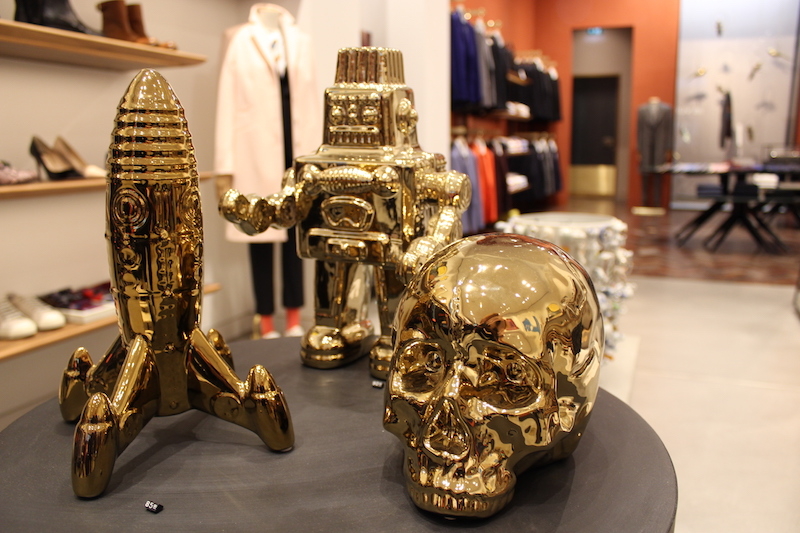 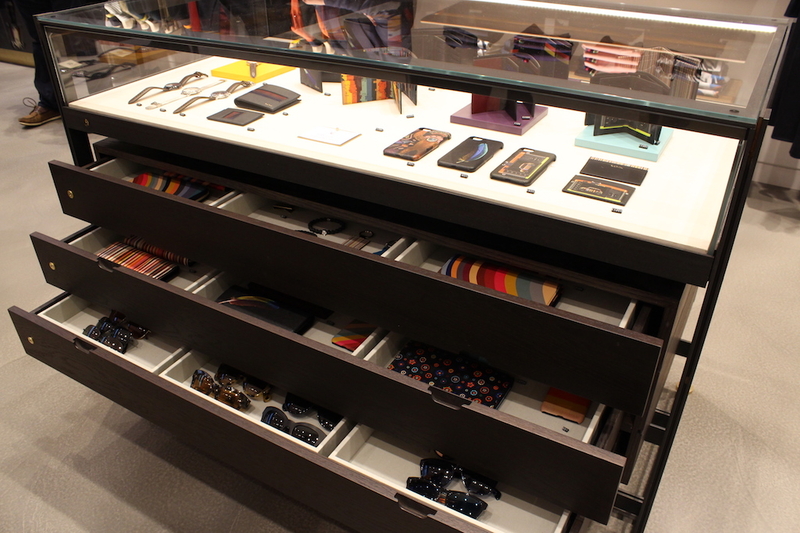 It was of course the rock stars and actors that helped Smith make his name as a British tailor with a difference.

“I’ve been involved in the music industry since I was eighteen,” he shares matter-of-factly. “We’re doing a big collaboration with R.E.M for their 25th anniversary and recently we've worked with Jake Bugg and the Lumineers.

“When I was eighteen, I made pants for Jimmy Page from Led Zeppelin,” he adds with a sincere concern that I wouldn’t know who Zeppelin are.

“I put a tape measure around his waist and it was 24 inches. Most people’s thighs are bigger than that. I think that started me off hanging out with a lot of bands in London as a teenager. It carried on from there.”

Rock 'n' roll, rebellion and all those dreamy years of fashion freedom and unequivocal cool are still the Paul Smith aesthetic today – you can see that from Smith’s choice socks alone (today he’s wearing an acid green pair). How has fashion changed since his Zeppelin days?

“People aren’t as adventurous as when I first started. They’re very conscious about which group they fit into socially, how they should look. As a teenager, I came up through a period that was very rebellious. People are nervous, there’s a lot of insecurity now."

He adds: “I just came back from Japan where people are lot more experimental. They wear things in such an interesting way. Sometimes they look dreadful but they’re saying ‘I am me’.”

The main rule to dressing is that there are no rules 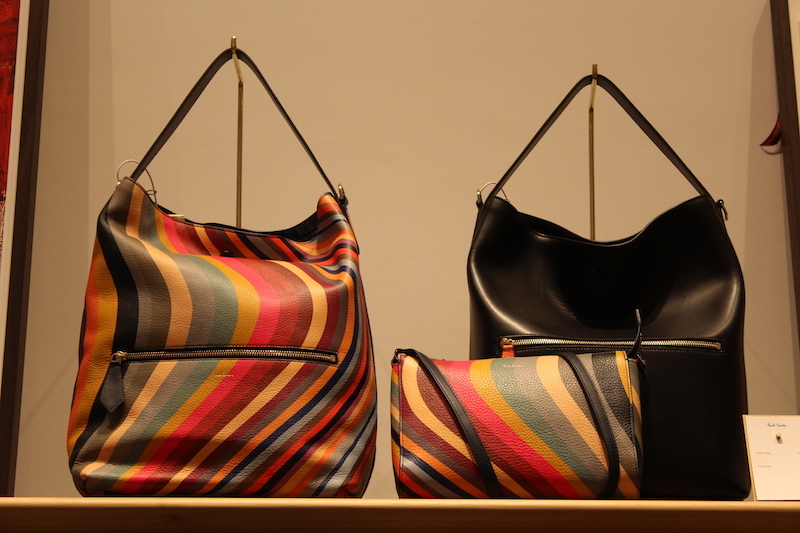 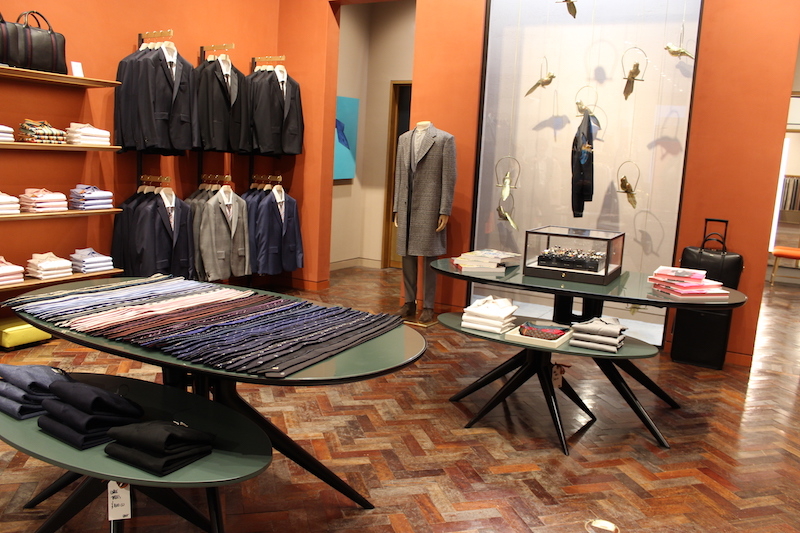 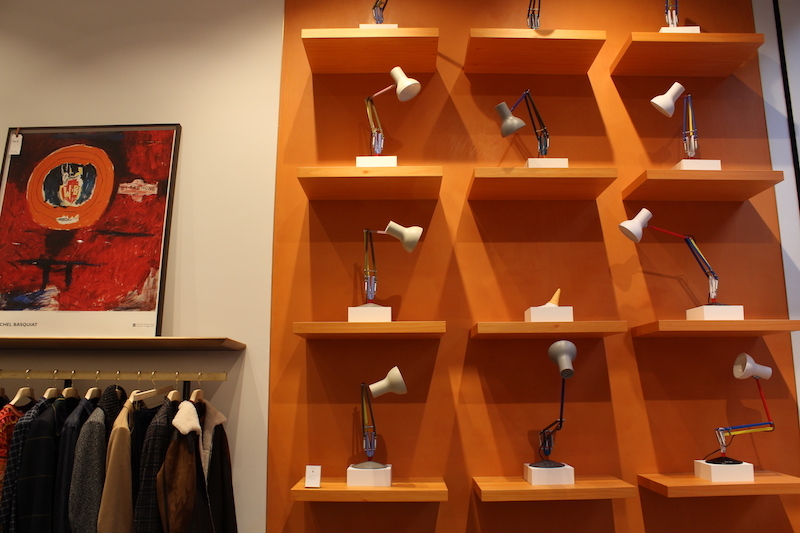 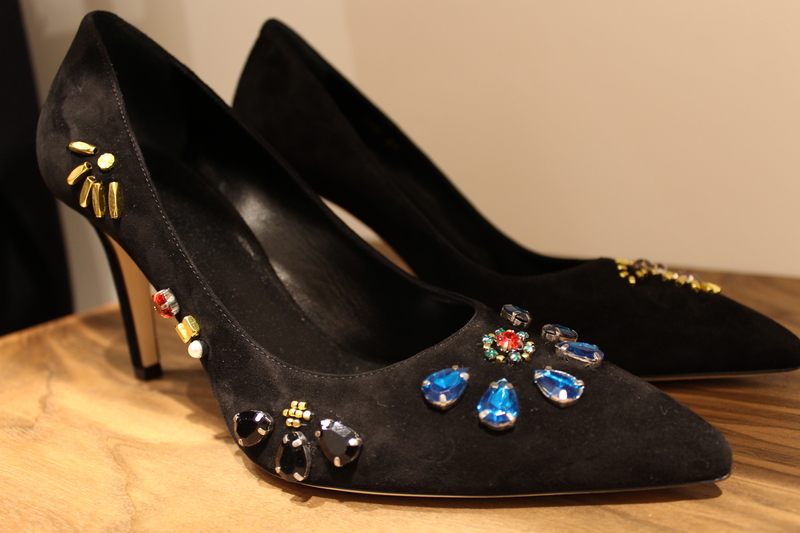 “The main rule to dressing is that there are no rules," he says.

Naturally, he’s wearing one of his suits today. 71-year-old Smith is tall and waif-like; cutting a cool figure in a blue tartan suit with t-shirt, trainers and those acid green socks I can’t help but stare at. While we’re talking - what’s with the jazzy socks, is there a story here?

“Well we do sell a lot of ‘em,” he chuckles. “I’ve been going to Japan since ’82. One night, I was in a bar and one of my friends had some interesting looking socks on. It was at a time where everyone bought their socks from Marks and Spencers. He told me where they were made, I started making them and immediately they were popular.

“You probably know people who dress quite conservatively. The socks are their little way of showing that really they're quite cool.”

In Smith’s eyes, nothing commands more respect than a tailored suit. He reveals he remains tailored most days – but I knew this of course, and admittedly wore a tailored blazer for the interview.

“The thing about suits for a man or woman – even the way you’re dressed today in a tailored jacket – it makes you change your posture, and makes you feel a little more special,” he says, giving me the nod I was clearly angling for.

After GQ remarked that the suit was 'dead' earlier this year, Sir Paul launched to defend the classic item, calling the comment 'bollocks.'

“The power of the suit can be summed up like this,” he rounds off. “If you’re about to arrive in New York and the captain of the plane ready to fly you is dressed in sweatpants, would you believe he could to do the job? No.

"But when he’s in his suit, with his stripes, it makes you believe him. Same with a policeman, a person in the army – they dress ceremonially too. It’s about instilling confidence. And that’s what I do.”