A boutique base for the Roman city, but Neil Sowerby discovers much more

LIFE before lockdown… how long ago it seems now. Yet blossom was on the bough in the ravishing Avon Valley as we drove over from Bath – among the last visitors to a very special country hotel, still in the throes of reinventing itself in opulent yet homely boutique style.

Homewood’s big regeneration project, a lodge with 10 additional rooms, will not be completed until the end of the summer but a major bonus for the July 4 re-opening is the new 60-cover dining terrace – perfect for the kind of al fresco dining experience that is a big part of the ‘new normal’. Med flavours, small plates, plant-based salads or meat and fish from a  robato grill, served between 12pm-9pm. Very 2020.

It was under construction during our brief stay, which offered a quit surreal last hurrah, inside and out, and we’re the sure the same quirky hospitality and sense of fun will have survived the hiatus despite adherence to new safety guidelines. 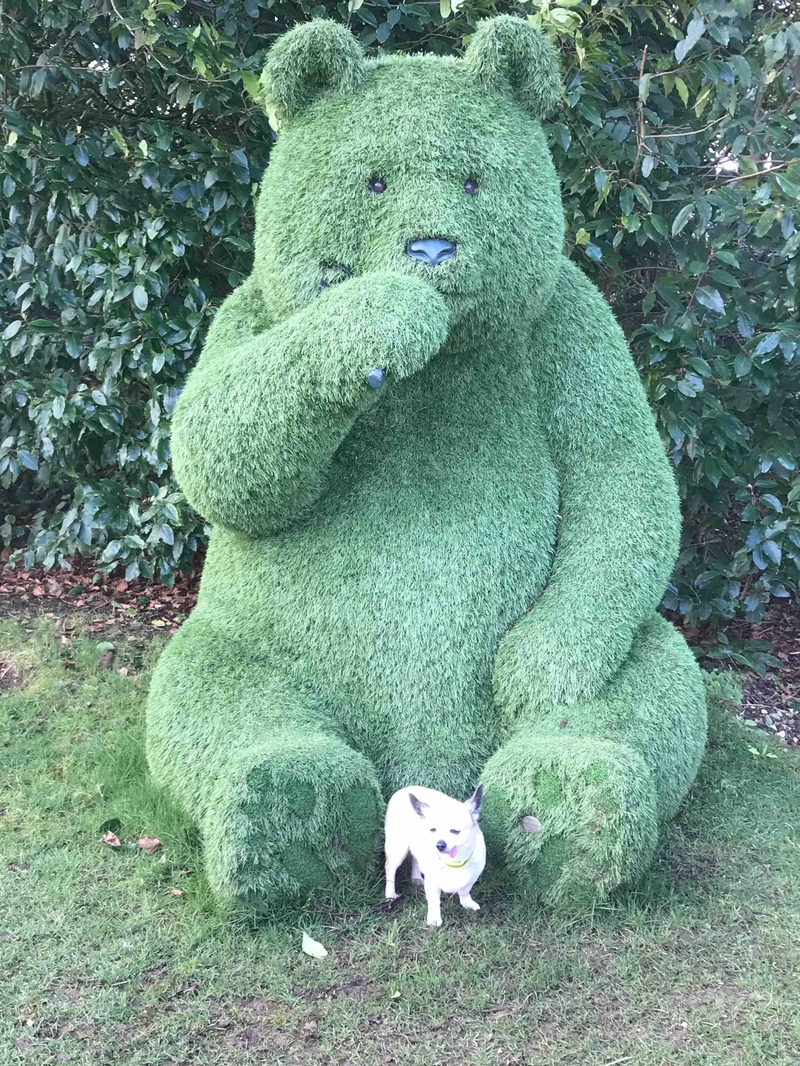 Take the life-size model giraffe we couldn’t miss on arrival. Intrigued, we immediately took our chihuahua (Homewood is very dog-friendly) out on the lawns to investigate. No leg-cocking on your fellow mammal, we warned Captain Smidge. No problem. What really flummoxed him was a giant teddy bear around the corner, equally covered in fake grass. Explore the rest of the 10 acres of grounds for further topiary and art installations. 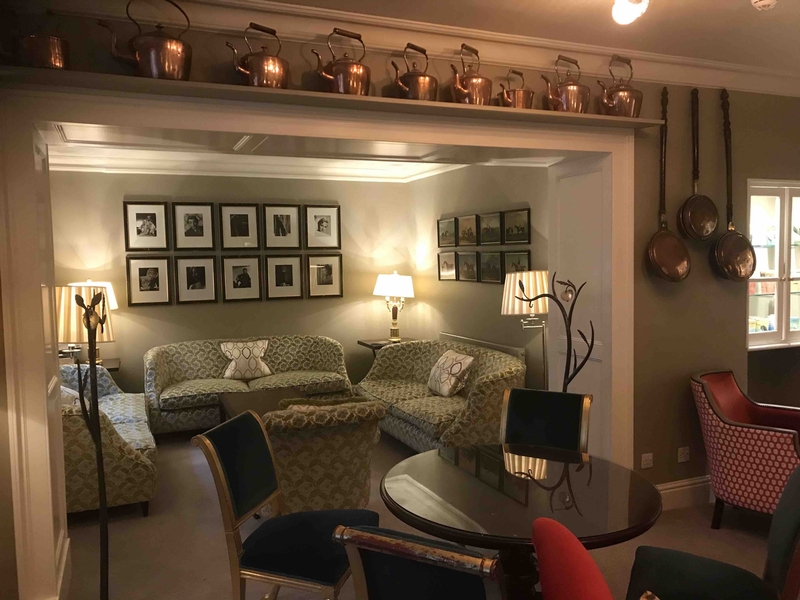 Next it was time to take in the interior, a reception area majoring on antique clocks, lounges where framed covers of old Picture Post mags jostle with Staffordshire dog figurines and, naturally, oil paintings of real furry friends. The hotel staff are equally laidback (and assiduous, too). 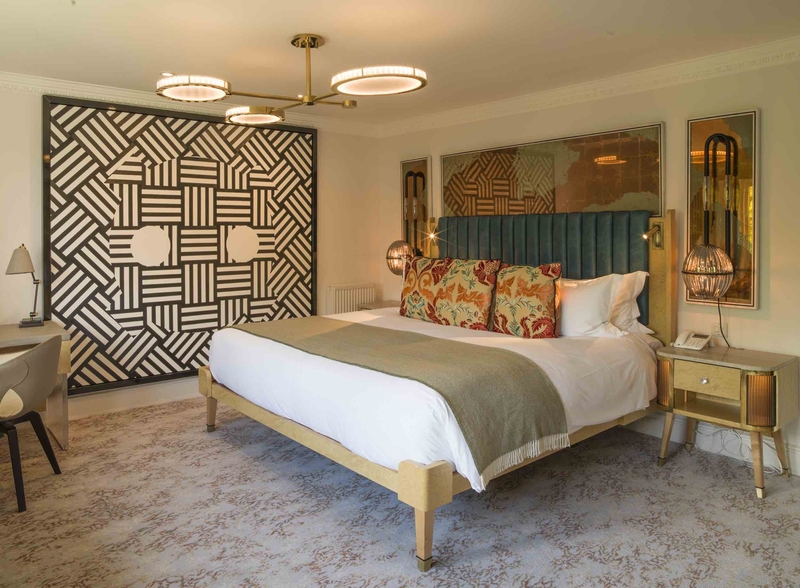 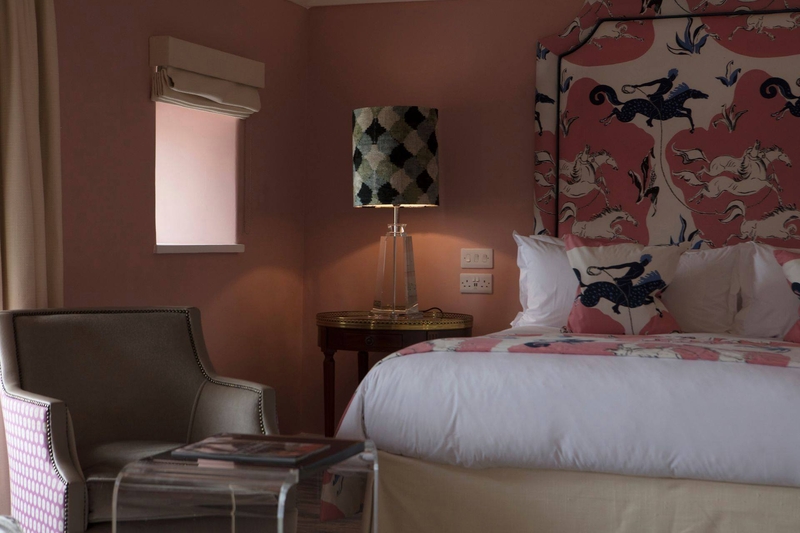 Our pet-friendly room might not be as spectacular as the top-end Deluxe Garden suites, complete with a private hot tub terrace, but we loved its art Deco touches, while the Good Captain appreciated his best ever complimentary treats in a lavish welcome doggie bag.

Homewood, a gabled mansion rebuilt in the 19th century when the adjacent A36 was a coaching route, had a mixed few years before serial boutique hoteliers Ian and Christa Taylor bought it from Longleat Enterprises, commercial arm of the lion-centric theme park created by the Marquess of Bath (sadly an early victim of the Coronavirus pandemic).

Under the previous, ill-fated Von Essen regime Homewood Park, as it was, boasted a Michelin star. That’s just a memory now. Culinary aspirations may be scaled down but chef Jamie Forman, whose CV includes starry establishments such as Le Manoir aux Quat’Saisons, provided a deft dinner featuring duck and venison mains, while afternoon tea was equally satisfying.

So our dog could join us, we ate in the lounge rather than the dining room with its spectacular chandeliers and palms. Add in Seventies photographs featuring Peter Gabriel in his adopted Bath and the playful subversion of country house norms feels complete. Behind all the quirks, though, lurk decidedly luxurious facilities. 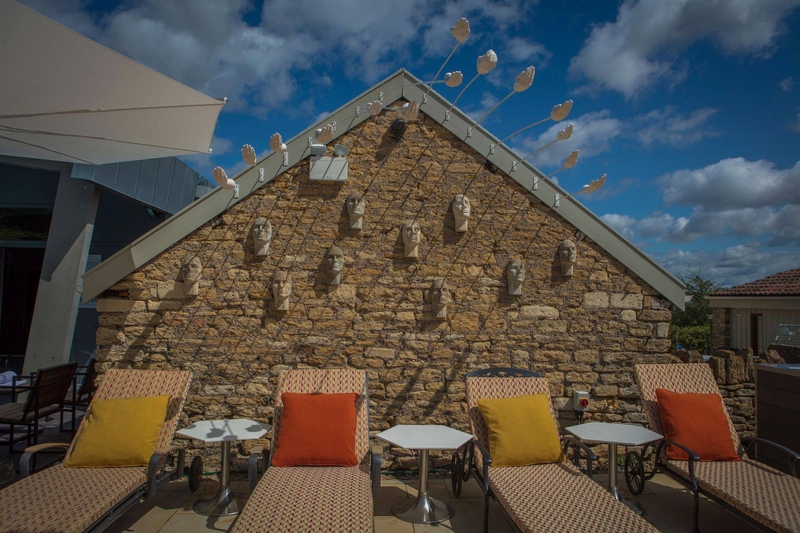 After a four hour journey down massage treatments were a welcome bonus. The spa centre is impressive for a hotel of this size from the substantial outdoor swimming pool heated to 28°C, hot tub and sun loungers to indoor facilities that include a hydrotherapy pool, sauna and steam room/hammam, as well as two treatment rooms. The full menu of holistic therapies from ila (Sanskrit for Mother Earth) is here.

Check ahead with the hotel for the spa’s re-opening date – and the arrival of that new lodge extension at the end of August. It will include 10 new bedrooms – four New Lodge Hot Tub suites with sweeping views of the countryside, four Deluxe Kings and two New Junior Suites.

So on the face of it a leafy haven you might never want to leave, but the surrounding countryside is worth exploring. Staying local, there’s a network of paths, mapped out in a hotel booklet. For any necessary refreshment there’s the Good Beer Guide-listed Inn at Freshford, with its inviting beer garden, on the banks of the River Frome.

A short drive away, just across the border in Wiltshire, is the delightfully higgledy-piggledy, old wool town of Bradford-on-Avon, its steep setting on the Avon accommodating both a Saxon chapel and a 14th century tithe barn.

Take the plunge and visit incomparable Bath itself

Highly recommended for a mooch (with a pooch) but the magnet around here has to be Bath itself. Homewood makes an easy base, but if you need to be closer to the action its equally laidback sister hotel in the Taylors’ ‘Kaleidoscope Collection’ might suit. A mix and match of each would give you the best of both worlds. 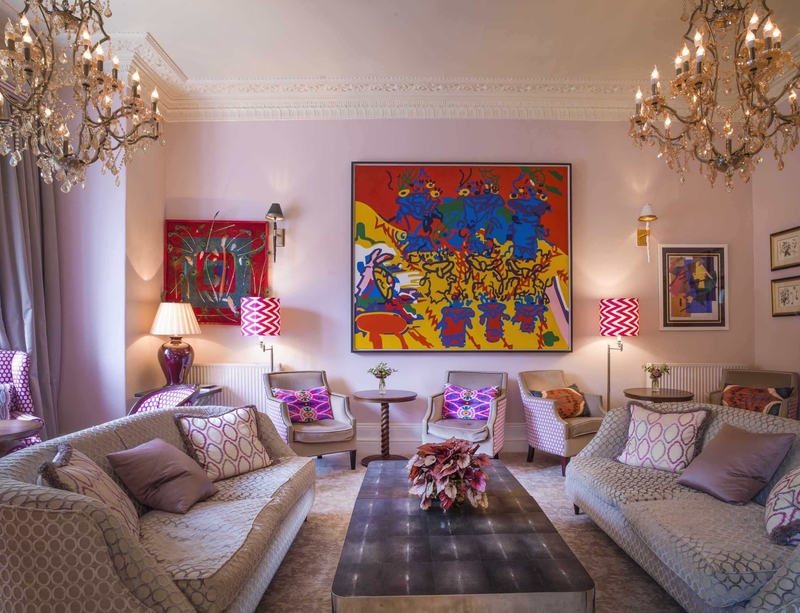 Named one of the Sunday Times Top 100 British Hotels 2019, The Bird has 31 colourful bedrooms, many with great views over the World Heritage Site cityscape.

The hotel’s website offers its own guide to Bath’s sight-seeing highlights. These include the Georgian architectural honeypot The Circus and the Royal Crescent, designed respectively by John Wood the Elder and his namesake son, the Younger; the Pulteney Bridge, completed in 1774 as a homage to Florence’s Ponte Vecchio; Bath Abbey, 1,000 year old place of worship given a Victorian Gothic makeover; The Assembly Rooms, social epicentre of Georgian high society; and, of course, The Roman Baths. For post coronavirus updates check out the Visit Bath website.

We’ll also welcome the return to normality of more modest local favourites. Grab a bench at The Star, 23 Vineyards, BA 1 5NA, a multi-roomed pub first licensed in 1760 and still serving pub from the jug. Or if cutting edge craft beer straight from the brewery (with punny names) is your scene trek up to the Electric Bear taproom a couple of miles west of the city centre. Fingers crossed social distancing doesn’t destroy their innate sociability.

An affordable, idiosyncratic restaurant in a city with several grand fine dining establishments? Go for Henry’s, set in a bijou Georgian townhouse on Saville Row, BA1 2QP. opposite the Assembly Rooms. The Observer’s Jay Rayner is a fan (review here).

Finally, so much of Bath is suffused with the literary presence of Jane Austen. We’d recommend a walking tour illuminating the special places of Jane herself and the characters of her novels. For the true devotee there’s the annual Jane Austen Festival in September, unfortunately cancelled this year.

If only things were as predictable these dark days as Mr Weston’s prognosis in Emma: “If things are going untowardly one month, they are sure to mend the next.”

The hotel is currently offering a post lockdown five nights for four special offer. The price starts from £334 per guest per stay, based on two guests staying, and includes breakfast, one afternoon tea, one complimentary picnic and one cocktail/mocktail each. Strict government pandemic guidelines are in place for guests’ well-being.

Please check ahead with all venues mentioned in this piece to see if they are currently open.